Of all the pretty towns that are scattered along the ever-popular Amalfi Coast, Maiori is probably the most fascinating. While every one of these settlements boasts incredible sea views and picturesque hillside homes, this riverside community attracts visitors with its Italian charm and intriguing history.

At first glance, you’ll be wowed by its beautiful beach (arguably the best on the coastline) and at night the streets come to life with vibrant nightlife and restaurants. However, don’t be fooled by its modern facade, which you’ll notice is quite unique in comparison to neighbouring villages – this is a place with an origin shrouded in mystery.

The one fact that most experts agree on is the town’s original name: Reginna Maior. Named after the river around which the village was formed, it’s a place steeped in multiple cultures thanks to the ambiguity of its history. The Romans, Etrurians and Greeks have all been suggested as the founding fathers of this alluring destination – a debate that continues to this day.

Thanks to its coastal location, the settlement has played an important role throughout history. It was the seat of Arsenals, Admiralty, Customs and Salt deposits in ancient times, sacked by the Pisani in 1268, and appointed as a royal city by King Philip IV in 1662. It may be known for its beaches, but it’s definitely a favourite among history buffs too!

Culture vultures will enjoy spotting scenes from the films of the famous neo-realist director Roberto Rossellini, who chose the town as a setting for a number of his cult movies of the late 40s and early 50s. When you’re not imagining yourself as an actor in a classic film, there are a number of interesting attractions to visit that will bring the story of Maiori to life. 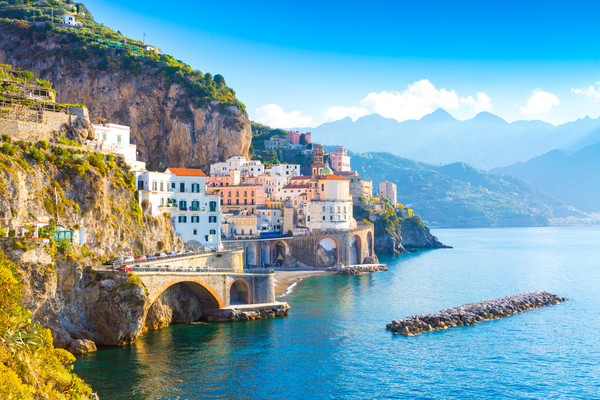 The Church of Santa Maria a Mare

Positioned at the top of Torina Hill and built on the ruins of an ancient fortress, this beautiful church dates back to the thirteenth century. It’s a place that was borne out of mystery. It’s been remodelled several times, but was originally dedicated to St. Michael the Archangel. Inside you’ll find a beautiful coffered ceiling by the Neapolitan artist Alessandro De Fulco, artworks by other local artists and a stunning organ created by Zeno Fedeli.

Dating back to the tenth century, this cave-dwelling structure is a rare and invaluable example of architecture from the early Middle Ages. Exploring the cavernous building with its haunting crypt and the sombre chapel is a unique and eerie experience.

This is just one of the two castles to be found in the settlement. It was built by Duke Piccolomini to protect the vulnerable general population from raids.

And Much, Much More

Due to its location, there are a number of defensive structures and buildings that amateur historians will find interesting. Keep an eye out for the remaining part of the wall and bastion of San Sebastian, which were part of the extensive defence system destroyed by the Pisani in 1137, and a number of coastal towers built by the Spanish. One of these towers, entitled Norman, has become representative of the town and is one of the most important symbols that dominates the landscape. 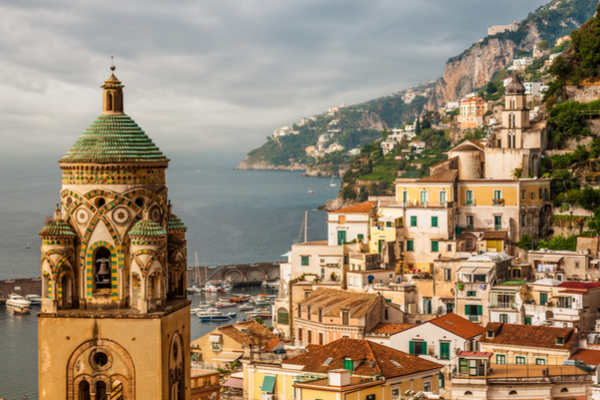 To really immerse yourself in the culture of Maiori, it’s recommended that you get a taste of the local food. The town’s gastronomy is a combination of typical Italian cuisine and the region’s agricultural and cooking traditions. If you like seafood, you’ve come to the right place as you’ll find fresh fish from the Tyrrhenian Sea featured on most menus.

If you’re feeling adventurous, try the unusual local dessert of eggplant with chocolate, a result of the village’s various cultural influences over the centuries. Wash it down with a shot of liquor typical of Tramonti for a truly authentic dining experience. 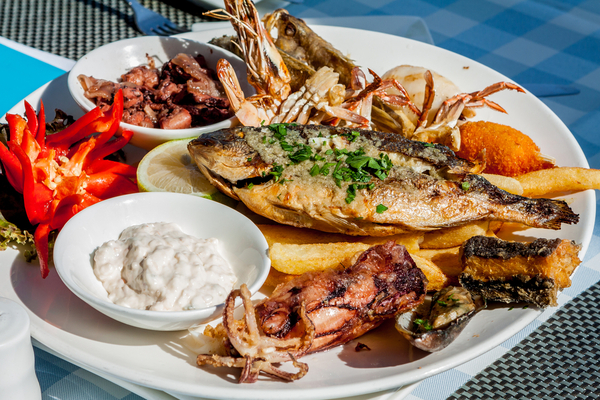 Costa Major – A short stroll from the beach, this beautiful private home is the perfect base for exploring the Campania region. Guests are treated to stunning sea views and a terrace ideal for enjoying your morning coffee before seeing the sights. With two bedrooms and a TV room, there’s plenty of space, as well as essentials such as free WiFi and a washing machine.

B&B Palazzo Montesanto – Just one minute from the beach and right in the heart of town, this boutique B&B boasts a fantastic location. All guest rooms are fully equipped with WiFi and a bathroom, while some also offer a private terrace. There’s also a shared lounge for relaxing in, room service and, if you need any advice on booking tickets or excursions, the friendly staff are happy to help.

I’d recommend flying into Naples Airport, which is only a two-hour flight from London; there are a number of budget airlines to choose from. From here, it’s 69 kilometres to Maiori, and pre-booking an airport transfer with Shuttle Direct guarantees an easy trip to your accommodation.

Shuttle Direct is an experienced provider of airport transfers, operating throughout Europe and North Africa. As one of the leading transport companies, we know how important customer service is and our friendly drivers will ensure that your journey goes as smoothly as possible.