Close enough to the better-known seaside towns of Fethiye and Ölüdeniz that excitement is always within reach but far enough away to maintain its rustic charm, Ovacik is a true hidden gem. It sits in Turkey’s beautiful, vibrant southwest, an area known for being a geographic and cultural crossroads that has produced centuries of unique architecture and relics.

Read on for some of the best things to see and do in and around this little-known rural destination. 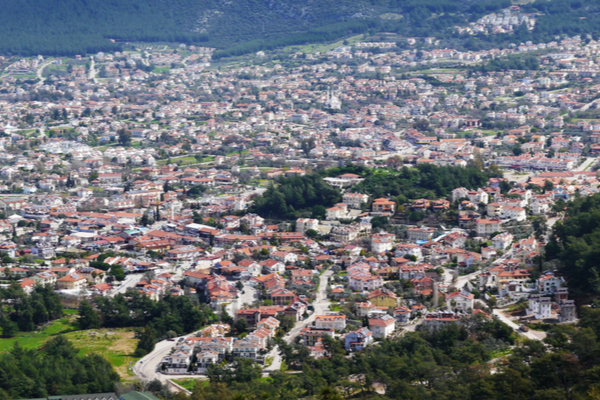 The south-west of Turkey boasts a unique range and variety of breathtaking landscapes. And what better way to explore them than on foot? Though the best months to walk in are April, May and October (it can get a little too hot in the high summer) there’s something for all abilities all year round.

The most famous walk in the area is the Lycian Way, ranked by the Sunday Times as one of the ten most beautiful long-distance walks in the world. Its full 509km distance is a little off-putting for all but the most well-prepared and experienced hikers. Thankfully the route can be split up into much smaller legs.

Although you can tackle as much or as little of the walk as you like, we’ll run (no pun intended) through a couple of well-established options here.

This is a significant hike, taking up to six hours one way. For this reason, most make this into a two-day trip and spend a peaceful night in the tiny, traditional village of Kirme before tackling the route back the next day.

It’s well worth it. The long walk gives you time to experience much of the diverse region up close, including pine forests, rocky bluffs, dome-roofed cisterns and villages. You’ll see both the natural beauty that has long captivated visitors to southwest Turkey and the traditional lifestyles of the region’s inhabitants. Plus, you’ll really appreciate your hotel bed after two days of hiking. 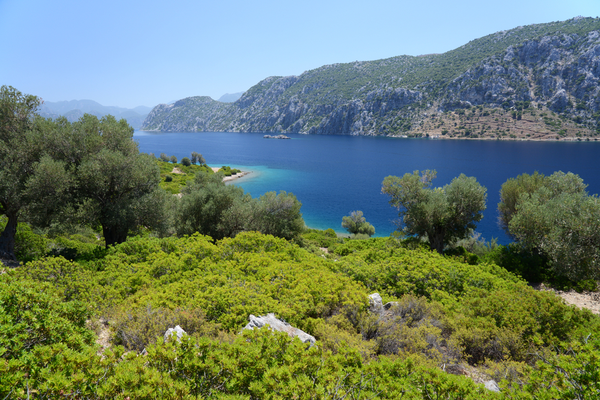 Even with the chance to split the journey up, some may see a six-hour hike as too much for a relaxing, rural getaway. If this sounds like you, don’t worry: there are plenty of easier options.

One route takes you from Kayakov through the spectacular Kaya Valley and up through a forest to the Af Kule Monastery. This journey takes between three and four hours in total, but you’ll want to allow a little extra time to see the sights. In addition to the monastery itself, the route takes you past the beautiful Datca Cape and gives you views of Rhodes Island out to the west. Be prepared, though, as the monastery is a little off the beaten trail, and you’ll have to cross some stony, gravelly terrain before you’re rewarded with the archaeological site.

A second shorter hike from Kayakov is the one to two hour one-way journey to the beautiful beach resort of Ölüdeniz. It is home to the Blue Lagoon, officially Turkey’s most photographed beach.

For details on these routes and others, consult with hotel staff and tour guides – and always remember to bring good shoes and socks, a rucksack, skin and sun protection and plenty of water.

More to See and Do

As mentioned before, Ovacik is located in a region with a lot of history. It was an important crossing point between the east and west, connecting Asia Minor to Europe. With access to the Mediterranean, Turkey has seen and played home to a variety of rulers, from the Greeks and Romans to the Byzantine and Ottoman empires.

This means that just about everywhere in the southwest has some sort of ancient relic or architectural marvel. Take a daytrip to nearby Fethiye, for instance, to see a flourishing port city first founded in the fifth century (and still with its fair share of bars and restaurants). Or explore the Saklikent Gorge, Turkey’s longest and deepest canyon known as the ‘hidden city’, winding 18km into Mount Akdag.

Perhaps most remarkable, though, is the partially unearthed Roman metropolis of Ephesus. At its peak as the capital of Asia Minor, this bustling city was home to over 250,000 inhabitants. It also housed the Temple of Artemis, one of the seven wonders of the ancient world. You get some sense of this scale passing through it today, as archaeologists have done wonders excavating this lost centre. There’s still more to see, though – the best estimates claim over 80% of the old city has yet to be uncovered. 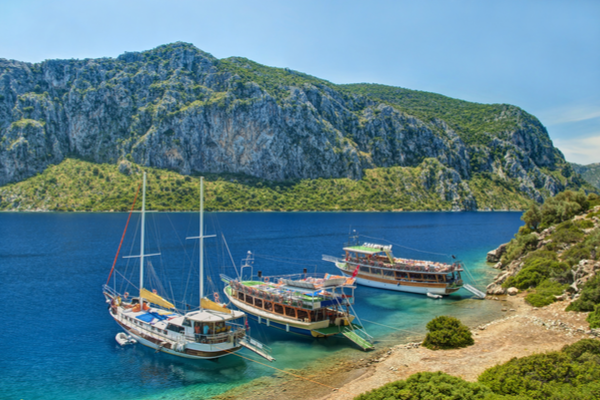 If you’ve seen just about as many historical ruins as you can stomach or if you just fancy a change of speed, try any one of the great excursions available around the area. A jeep safari lets you explore the landscape without worrying about blisters on your feet and takes you through intriguing villages like Dalyan, which claims its natural mud baths have rejuvenating properties.

Donkey treks are also available, for those who want to experience the area at a slower pace. If you fancy travelling amid the currents of the great Mediterranean, boat tours can take you to isolated islands and coves.

As Ovacik is still so small, the Yakamoz Hotel is the only place to stay – but that doesn’t mean it’s not a fantastic accommodation option. Rather, the Yakamoz is a beautiful, exclusive boutique hotel, offering a unique experience to perfectly complement your relaxing rural getaway.

It’s situated within lush gardens and surrounded by small farms and a pine forest. It has 29 rooms, each with an en suite toilet, a private balcony and air-conditioning. Two cottages are also available, for those who want even more tranquillity, and all guests have access to the hotel’s pool. What’s more, the attentive staff speak English and are more than happy to set you up on organised walking tours.

How to Get to Ovacik

Dalaman, the nearest airport to Ovacik, is well-served from the UK. It is less than four hours from London and seven airlines offer a total of 30 direct flights a week. From there, it’s less than an hour on to the town. I recommend taking a prebooked Shuttle Direct transfer to get to your accommodation.

One of the best ranked airport transfer operator in Europe and North Africa, Shuttle Direct gets you to where you need to go fast and with a minimum of fuss.