Located on the south-east corner of Spain, Alicante is best known by European holidaymakers as the principal gateway to the popular resorts of the Costa Blanca. As a cruise ship destination the city has seen an astonishing growth in the number of passengers in recent years, a trend shared with the nearby ports of Cartagena and Almería.

Most visitors to Alicante enjoy taking a stroll along the Paseo de la Explananda de España and visiting the Castillo de Santa Barbara and the Old Town before relaxing in the marina or at the blue flag city beach located next to the port. Others prefer to take a shore excursion to the UNESCO World Heritage City of Elche or they head inland to the delightful village of Guadalest. No matter what you decide, there’s plenty to keep you occupied in this historic port of call.

The cruise port of Alicante is ideally located for passengers being located just a short walk from the Old Town and nearby beaches. Some small vessels dock very close to the port entrance but the majority will drop anchor at the cruise terminal along Muelle Levante. Passengers can walk from the ship to the port exit in about 10 minutes or wait for a free shuttle bus provided by the Port Authority. This drops passengers off at the exit which is convenient for getting to all the city’s main attractions on foot.

With more than 12 million passengers per year Alicante Airport is one of the busiest in Spain catering mainly for tourists heading for the Costa Blanca. Cruise ship passengers beginning or ending their voyage in the Port of Alicante will most likely be arriving or departing via this important transportation hub. Located 15km south-west of the cruise terminal the airport is a 25 minute journey by road. 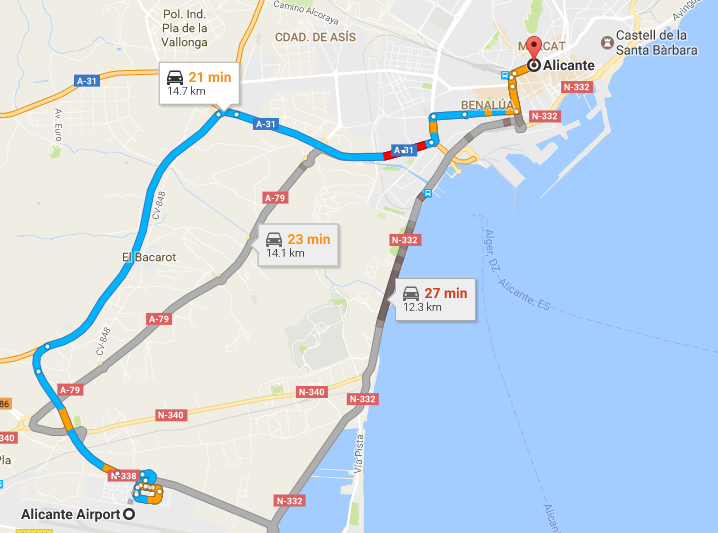 Bus C-6 runs from the airport terminal to the centre of Alicante every 20 minutes though this isn’t convenient for cruise passengers carrying substantial amounts of luggage. Taxis are easily available as well as various private transport options. Highly recommended is Benidorm-based Shuttledirect who offer transfer services from Alicante Airport to the city’s port as well as to destinations all along the Costa Blanca.

Getting Around in Alicante

The vast majority of cruise ship passengers who enjoy a satisfactory level of fitness will be able to walk from the port to the nearby attractions. Whilst the Castillo de Santa Barbara is accessible on foot, it is recommended that visitors take the elevator to the top especially during in the soaring heat of the summer months. For those with lesser mobility there is a hop-on, hop-off bus service which departs from the Puerto Del Mar bus stop next to where the shuttle bus drops off passengers. Its ten stop itinerary covers a selection of the city’s main sights including the Castle. 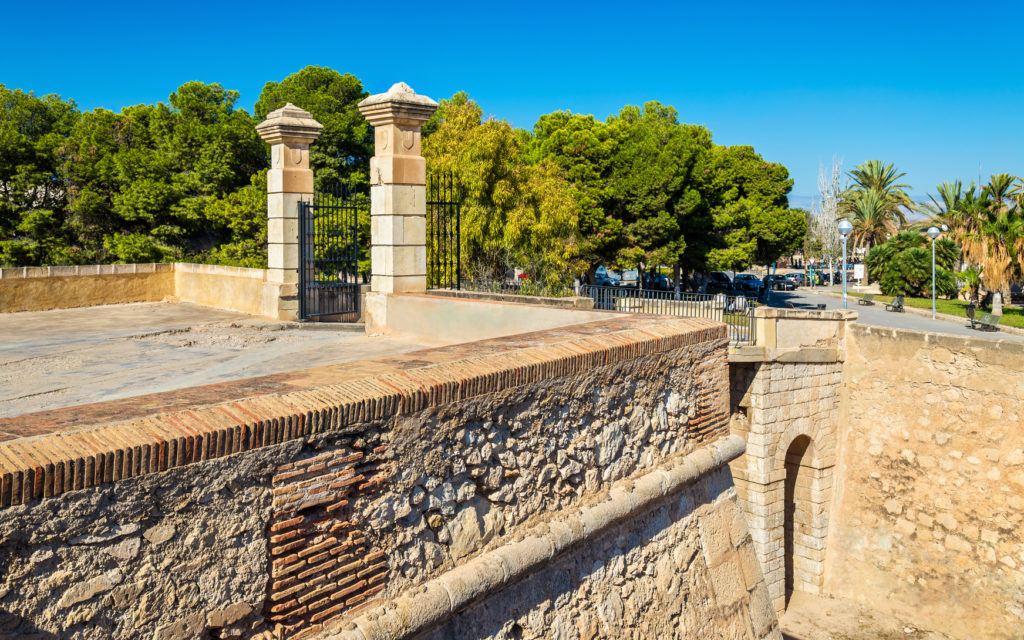 Historic Alicante: Lying a short distance to the north-east of the port area, the 16th century Castillo de Santa Barbara stands on Mount Benacantil which overlooks the Old Town and the Mediterranean below. You can walk around the hill and climb it from the northern side but this is quite demanding so you’re better off taking the elevator to the top which is just a short stroll from where the shuttle bus drops passengers off at the port exit. There’s not a lot to see at the castle itself but it’s worth a visit just for the views. The other main historical attraction is the Basilica of Santa Maria which is also very close to the port exit. This 14th century church is the oldest in the city and was built on the site of a former mosque. 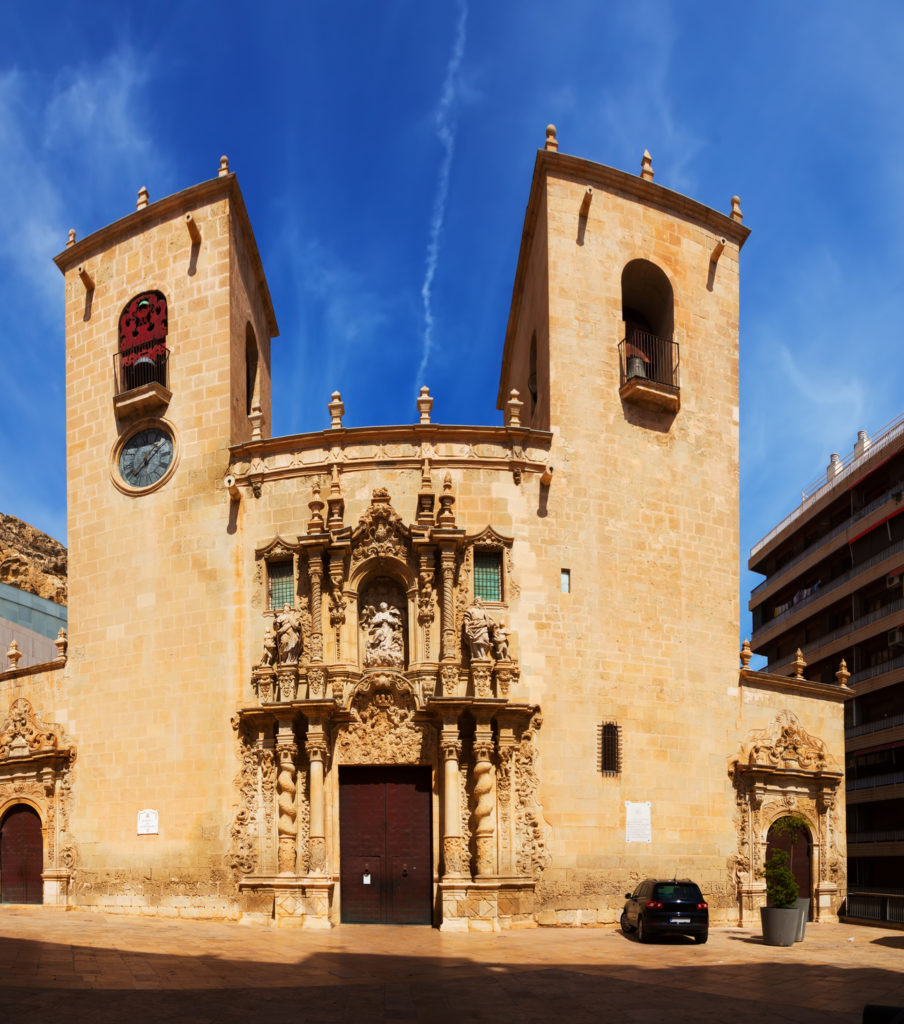 City Beach: Whilst there are attractions of historical interest in Alicante and a nice Old Town to wander around, the highlight for many cruise passengers is a visit to the nearby beach. Just turn right as you’re walking out of the port area and you’ll immediately come across the sandy Playa del Postiguet. Lined with palm trees, this is a popular spot with both locals and visitors where you can swim safely and have lunch at a number of bars and restaurants. Don’t leave any valuables on the beach if you go in for a swim.

Insider Tip: If you want to do a bit of shopping during your day in port you should head for Rambla de Méndez Nuñez which is the main commercial centre. To experience the atmosphere of a typical Spanish market go to the Mercado Central (Avenida Alfonso El Sabio 8) which is packed with fresh food stalls and has a selection of cafés nearby which are ideal for a light lunch. 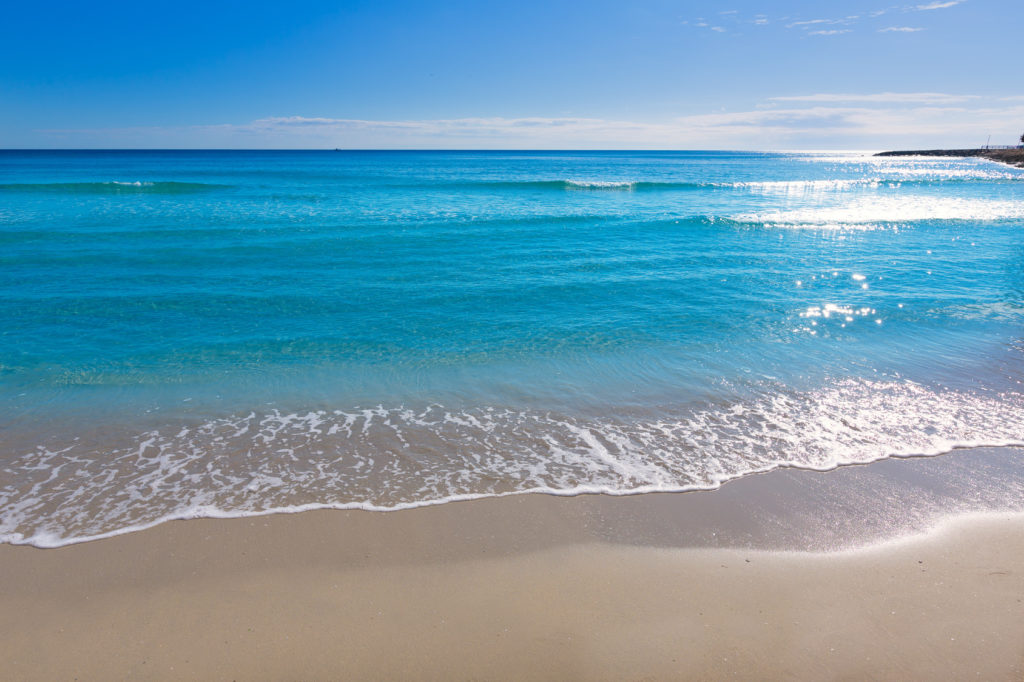 Explanada de Espana: Turn left as you leave the port area and you’ll join this promenade which runs along the waterfront. This is the daily venue for local ‘Alicantinos’ who like to take an early evening stroll along this palm lined walkway made up of millions of marble tiles. 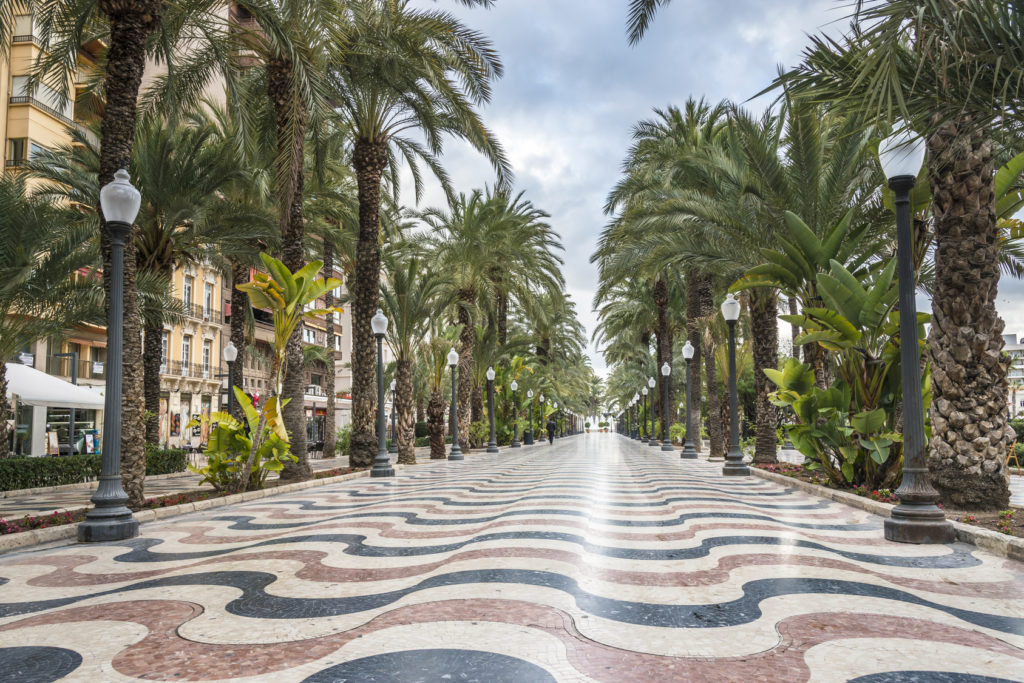 Beyond Alicante: Whilst there’s enough to pass the time in port in Alicante itself, some passengers enjoy a shore excursion beyond the city. The main destinations offered by cruise lines include the historic city of Elche to the south and the beautiful village of Guadalest which lies high in the mountains in the interior of Alicante province.

One Night in Alicante

Spain’s best known dish on the world stage is paella, or more correctly ‘paella Valenciana’ which originates from this region of the country. Many restaurants along this coastline from Alicante to Valencia and beyond specialise in rice dishes using a wide range of fresh local ingredients. Cruise ship passengers with an overnight in Alicante at the beginning or end of their cruise should take this opportunity to seek out a typical Valencian restaurant and sample some local cuisine. 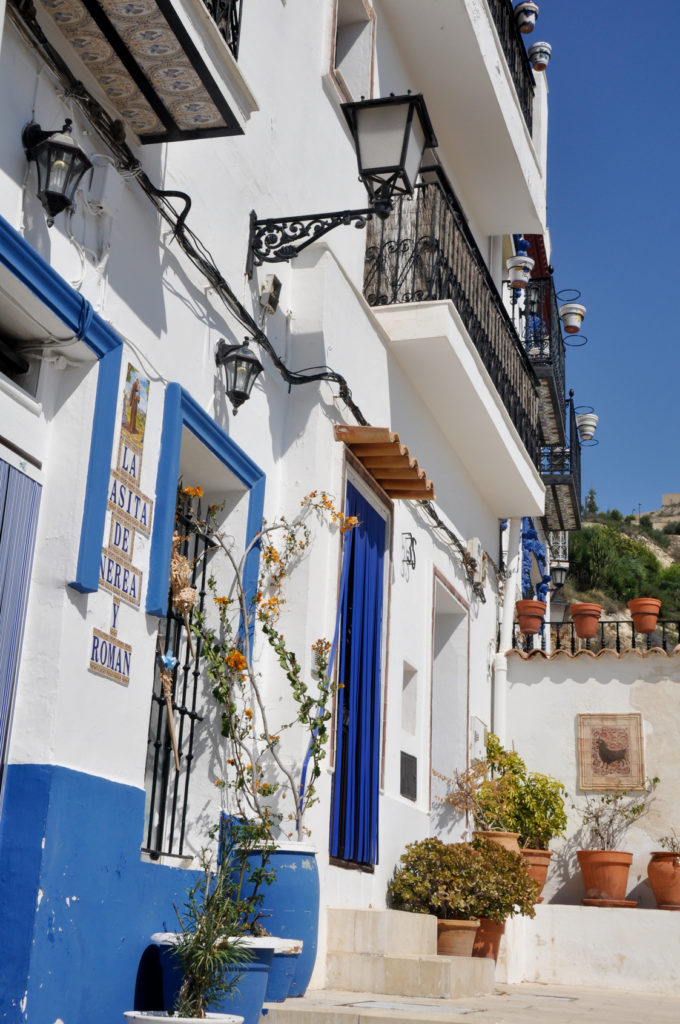 Highly recommended is Rincón de Antonio (Calle San Rafael, 13) where you can dine outdoors in the old neighbourhood of Santa Cruz. For a more upmarket experience take a look at the Michelin-starred Monastrell Restaurant (Paseo Maritimo) which looks over the harbour. They serve an impressive selection of Mediterranean dishes including a number of creative rice options.