The city of Ancona on Italy’s north-east coast was originally settled by the Greeks as far back as 387 BC. Its role as an important seaport on the Adriatic was secured centuries later when the Roman Emperor Trajan developed its harbour in the 2nd Century AD so as to facilitate trade with Dalmatia. By the Middle Ages Ancona was a semi-independent maritime republic which established commercial ties with the Byzantine Empire whilst remaining on good terms with the Turks. As such it became an important trading post for commerce with the East. The city played an important role in both World Wars but was largely destroyed by an Allied bombing campaign in 1944. What remained of the city suffered further damage as a result of the earthquakes which hit the city in 1972.

On a cruise of the Adriatic the Port of Ancona is unlikely to win any beauty contests yet reconstruction efforts have ensured that a number of attractions are worth seeing in the historic centre. Alternatively, cruise ship passengers can sign-up for shore excursions to some lovely places in the Le Marche region of Italy including the Regional Park of Mount Conero and the UNESCO World Heritage Site of Urbino.

The Port of Ancona is one of the busiest passenger ports in the Adriatic with regular ferry services to Croatia, Greece and Albania. It isn’t currently a major port of call for cruise ships although numbers of visits is on the rise. The dock for cruise ships is at the XXIX Settembre Pier at Molo Santa Maria which is within a short walk of the city centre.
Getting Around: Whilst it’s easy to walk around the main sights at sea level in Ancona you’ll need to walk up a lot of steps to get to the cathedral which overlooks the port. The views from the top of the hill make the effort well worthwhile. If you’re taking a shore excursion provided by your cruise line you’ll find tour buses waiting for you as you disembark. 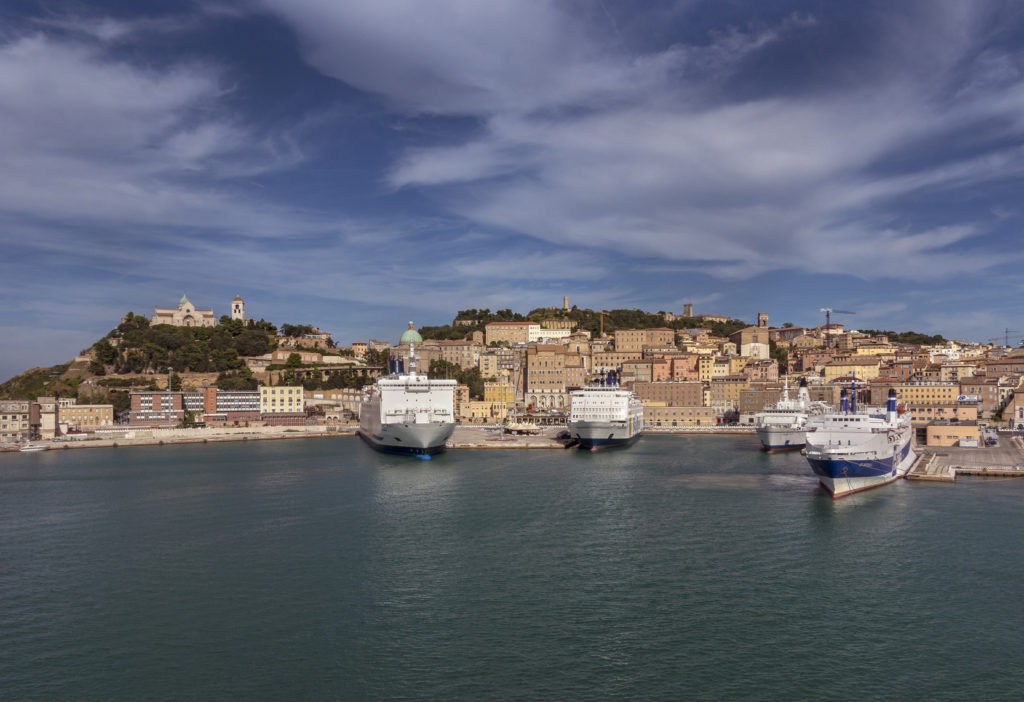 Passengers who are beginning or ending their cruise in Ancona will most likely be travelling through the Aeroporto delle Marche which lies 20km west of the port and serves the whole Marche region. Airport buses travel to the Ancona Centrale railway station near the port whilst airport taxis are available to all destinations. A convenient alternative for cruise ship passengers is to pre-book a private transfer from Ancona (Marche) Airport to the port and have a driver awaiting your arrival. Transport is available in either direction and to destinations throughout the region. 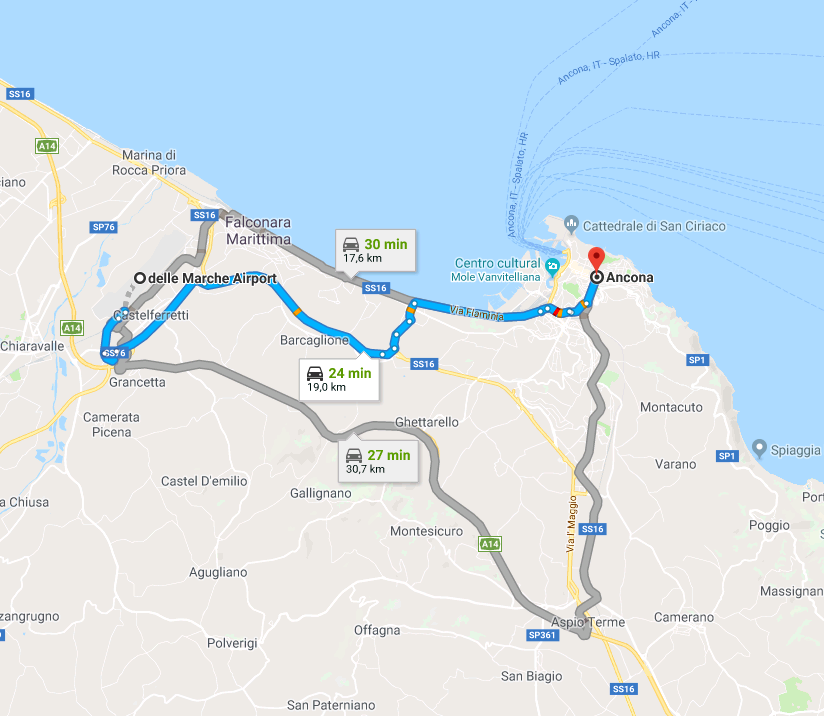 In spite of the wartime and seismic devastation suffered by Ancona the city still exhibits enough reminders of its long history to make a day in port a worthwhile experience. Probably most impressive of its architectural sights is the Cathedral of San Ciriaco which stands on the site of a former Roman temple overlooking the port. Cruise ship passengers who walk up the steep hill to the cathedral will be treated to spectacular views over the Adriatic.

Another historic structure near the port which has been well restored is the Arch of Trajan. This was built in 115BC in honour of the Roman Emperor who was responsible for redeveloping the seaport. Closer to the 29 Settembre Pier where cruise ships dock is the beautiful 11th century Church of Santa Maria della Piazza and the Piazza del Plebiscito. This square is also known as Piazza del Papa due to statue of Pope Clement XII which sits below the steps of the Church of San Domenico. This is a good place to enjoy an al fresco lunch with plenty cafés and restaurants to choose from.

The main museum in town is the Museo Archeologico Nazionale Delle Marche (Via Gabriele Ferretti, 6) which is home to an impressive collection of archaeological artefacts discovered throughout the region over many centuries. The Pinacoteca Civica Francesco Podesti (Vicolo Foschi, 4) is an art museum which is also worth a visit to see its exhibition which includes works by the 16th-century Italian painter Titian.

Whilst there are things to do in this busy port city (as listed above) there is a valid reason why Ancona has a reputation as a rather unattractive port of call. So it comes as no great surprise that many passengers prefer to head out of town on short excursions to nearby destinations which have far more to offer as tourist attractions. The most popular shore excursions are as follows:

Urbino: This stunning UNESCO World Heritage City is the cultural and historical jewel in the crown of the Italian region of Marche. Located 115km north-west of Ancona it was the birthplace of a number of artists including Raphael who played an important role in the Renaissance period. The walled city’s Palazzo Ducale is a spectacular Renaissance palace which houses one of the country’s finest collections of Renaissance art. 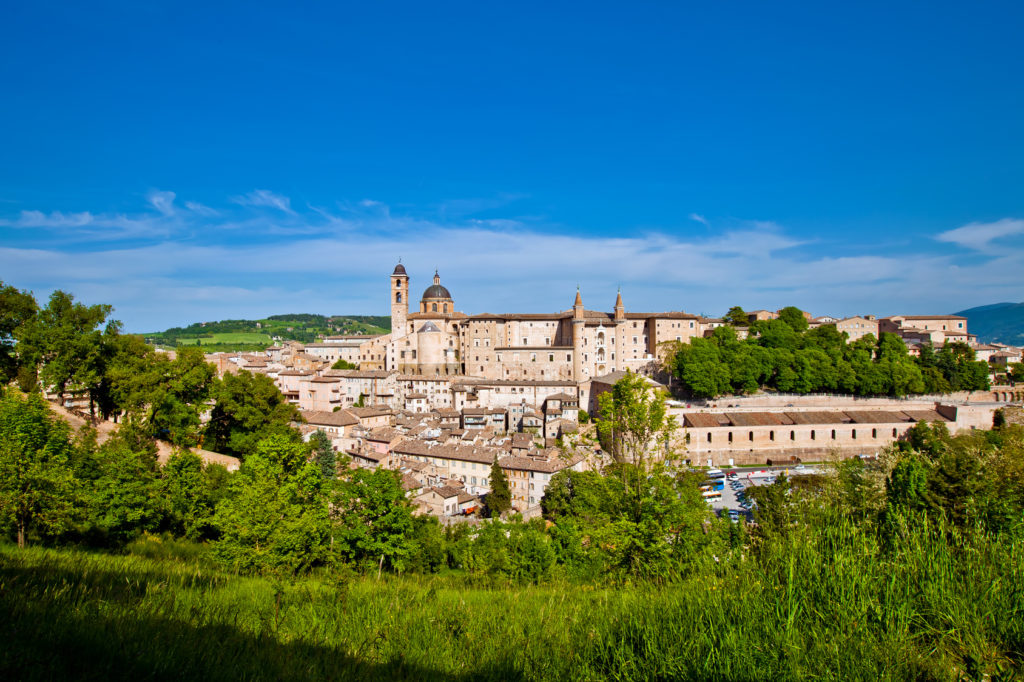 Regional Park of Mount Conero: This nature reserve lying just 15km south of Ancona has a beautiful coastline known as the Riviera del Conero. It is home to some lovely beaches such as Mezzavalle and a number of small resort towns including Portonovo and Sirolo.

Jesi: Just 35km inland from the Port of Ancona is the small town of Jesi which is a hidden gem as far as Italian architecture is concerned. Whilst it has a rich history dating back to the 4th century BC its main attractions are more recent with highlights including the Palazzo Pianetti and the Teatro Pergolesi which were built in the 18th century.

Loreto: A scenic 30km drive to the south from the port brings you to this famous pilgrimage site which is home to the Basilica della Santa Casa. Catholic pilgrims travel from all over the world to visit the Santa Casa di Loreto inside the basilica which is where the Virgin Mary is believed to have lived.