Located on the coast of Catalonia in northern Spain, Barcelona is the busiest cruise port in the Mediterranean. The country’s 2nd largest city is best known as being home to the magnificent architecture of Antoni Gaudí with the unfinished Sagrada Familia perhaps the most famous of his works. The city also boasts the presence of numerous world-class art galleries and museums and is renowned on the sporting stage for its football team, FC Barcelona. Cruise ship passengers visiting the city cannot do it justice in a single day which explains why so many take the opportunity to spend additional time in the Catalan capital either at the beginning or at the end of their cruise.

The port area of Barcelona covers a vast area and the city features on the majority of Western Mediterranean itineraries. As such traffic into the port is often busy and exact docking locations cannot be confirmed in advance. The vast majority of cruise ships dock at Terminals A, B, C, and D in Moll Adossat. This location is some 3km south of the famous Columbus Monument at the end of the Ramblas and the 40 minute walk is definitely not recommended. Instead passengers should take the T3 Portbus which is a shuttle service ferrying new arrivals to Plaça de Colón. Just buy a ticket from the driver.

If you’re lucky your cruise ship might dock at the North, South or East terminals which are next to the World Trade Centre. This disembarkation point is ideal for getting into the city as it’s only a 10 minute walk to Plaza de Colón where the Ramblas begins. In addition there’s a stop for the city’s popular hop-on, hop-off bus service as well as bus and metro services nearby. 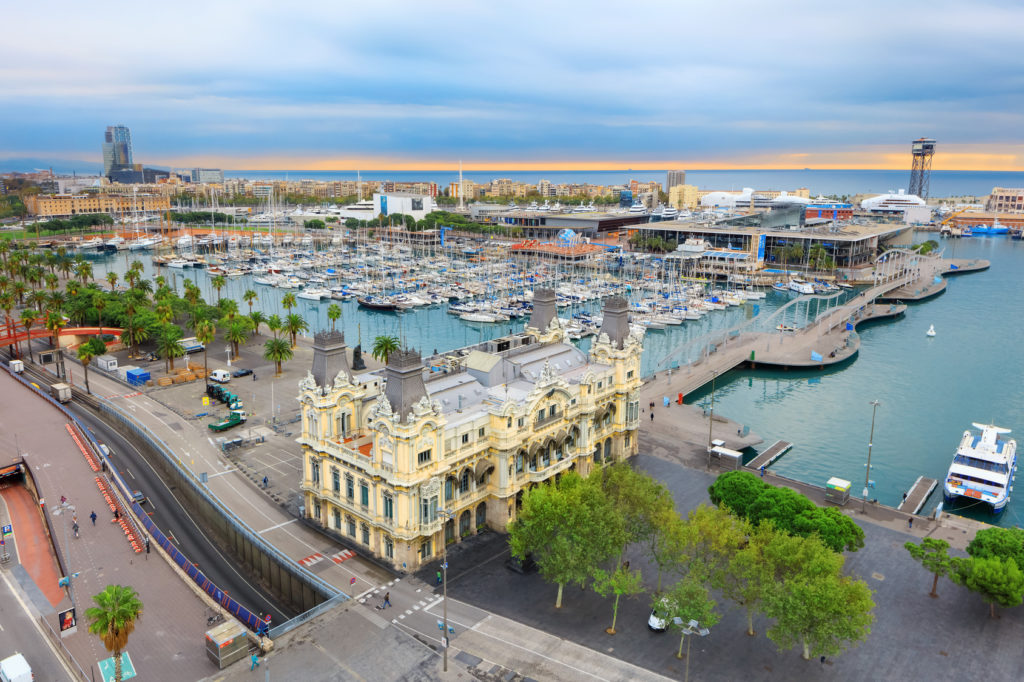 Many cruise passengers begin and/or end their voyages in Barcelona so are likely to pass through the city’s El Prat International Airport which lies some 17km south-west of the port area. Black and yellow city taxis are easily available and operate according to official meters. There’s also a very efficient Aerobus service which transports passengers between the airport terminals and Plaza de Cataluña as well as trains which run to Barcelona Sants, Passeig de Gràcia or Clot. However, considering you’ll be travelling with luggage and will most likely be travelling to or from the port or a city hotel you’d be better off pre-booking one of the many private transfer services which operate at Barcelona Airport. Shuttledirect provide transport services between Barcelona Airport and the Cruise Terminal 24-hours a day and for all group sizes.

Insider Tip: If your cruise ends in Barcelona the ‘Bags & Go’ service at the terminal is a handy way to get your bags delivered to the airport. You simply pay a small fee at the baggage claim area and collect them later in the day at the airport leaving you ‘bags-free’ for a day of city sightseeing.

Getting Around in Barcelona

Once you reach Plaza de Colón at the end of the Ramblas you can easily walk as far as Plaza de Cataluña including and take a stroll through the Gothic Quarter. Beyond Plaza de Cataluña you can continue along Passeig de Gràcia but might start to think that the walking is becoming too much. Attractions such as the Sagrada Familia and Park Güell are further afield so you will need some transport.

The integrated public transport system is excellent with buses and metro services covering all the main tourist attractions. However, for your convenience it’s highly recommended that you use the hop-on, hop-off bus service which allows you to get to many of the main sights in a short period of time. There are stops at the World Trade Centre where some cruise ships dock and at the Christopher Columbus monument.

Las Ramblas: All roads lead to the Ramblas for cruise ship passengers arriving in Barcelona. Whether your ship docks at Moll Adossat or near the World Trade Centre you’ll most likely be heading for Plaza de Colón at the end of the city’s world famous thoroughfare. The walk from the Columbus Monument to Plaza de Cataluña at the other end of the Ramblas is almost 2km in length but there are many distractions on the way so the walk may take you a considerable amount of time. A few highlights include the beautiful Gran Teatre del Liceu Opera House and the Mercat de Sant Josep de la Boqueria which is a lively food market with great food stalls at the back. If you wander off the main drag you’ll stumble into the city’s Gothic Quarter to the east of the Ramblas which is home to Barcelona Cathedral (Plaça de la Seu) and the Picasso Museum (Carrer Montcada, 15-23) as well as many cafés, bars and attractive shops.

Insider Tip: Be very careful with your belongings on the Ramblas as it is probably the worst place in the whole country for pickpockets!

Sagrada Familia (Calle Mallorca 401): Catalan architect Antoni Gaudí began work on Barcelona’s most famous attraction in 1883. When he died in 1926 only a small part of the project had been completed and most of his plans were destroyed in a fire during the Spanish Civil War. Work on the Basilica has continued ever since with current estimates predicting that construction will finally be completed in 2026, marking the centenary of Gaudí’s death. 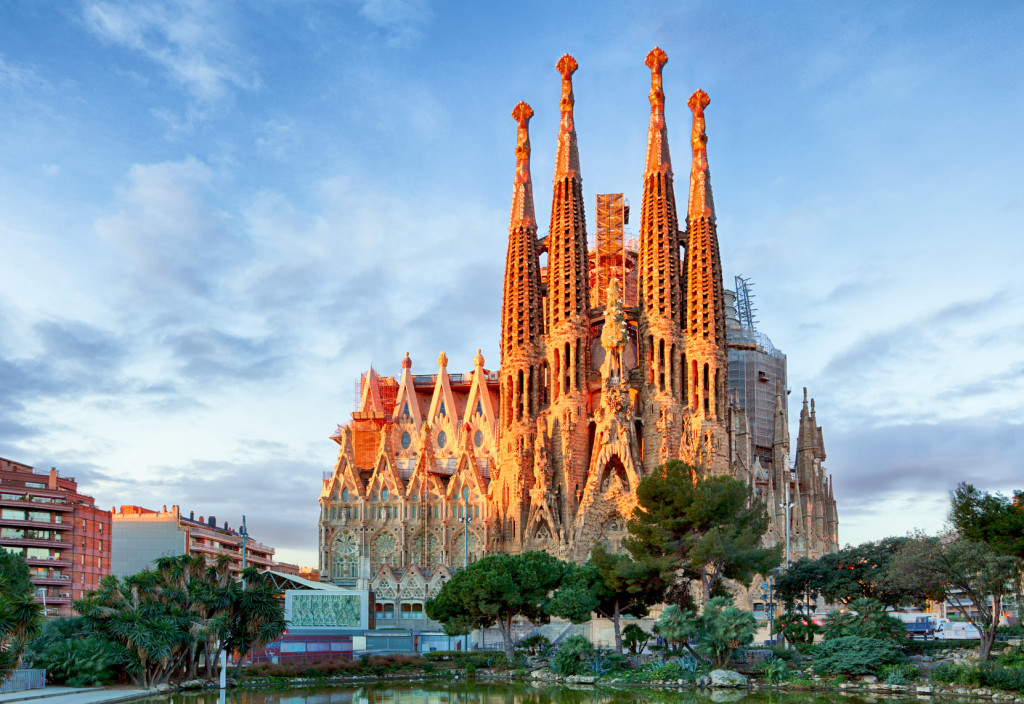 Park Güell: In addition to the Sagrada Familia, Casa Batlló and La Pedrera, the other “essential-Gaudí” experience for the first time visitor to Barcelona is Park Güell which is a public park lying 4km north-west of Plaza de Cataluña. The most convenient way of getting there if you have limited time is to use the hop-on, hop-off tourist bus which has a stop there.. 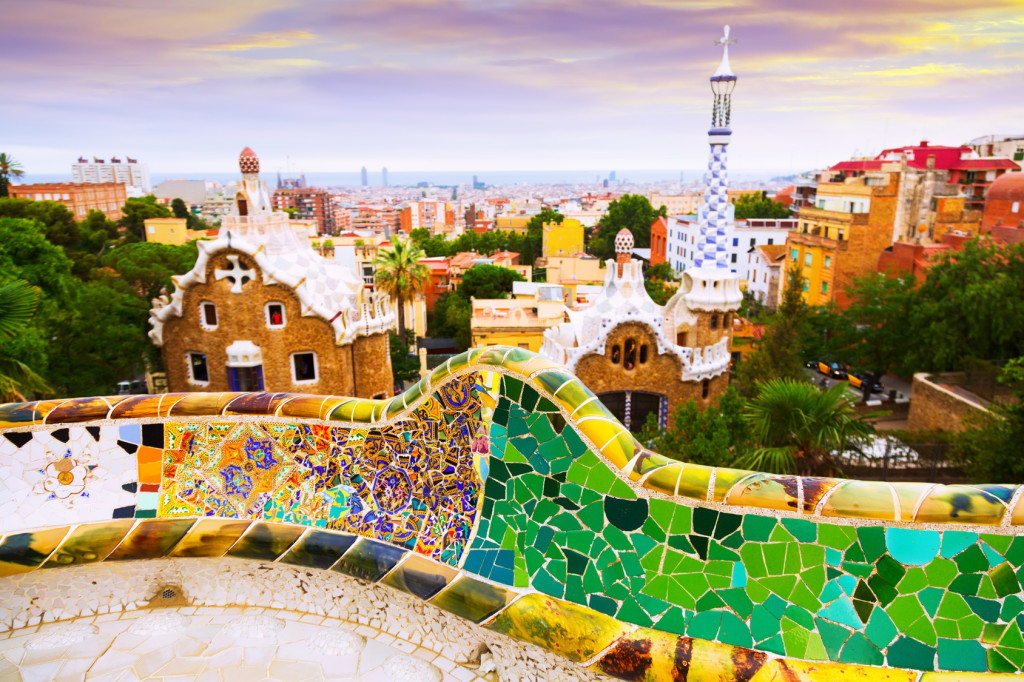 Nou Camp Stadium: Whether you’re a football (soccer) fan or not, there’s no escaping the fact that Football Club Barcelona represents one of the city’s biggest attractions. Their home ground is Europe’s largest stadium with a capacity of almost 100,000 people and is included on the tourist bus route. A visit to the club museum and a tour of the stadium is one of the city’s most popular attractions. If you’re in town on a weekend between August and May you might be lucky enough to get tickets for a match. There are also European Champions League clashes held there on select Tuesdays and Wednesdays during the winter months. 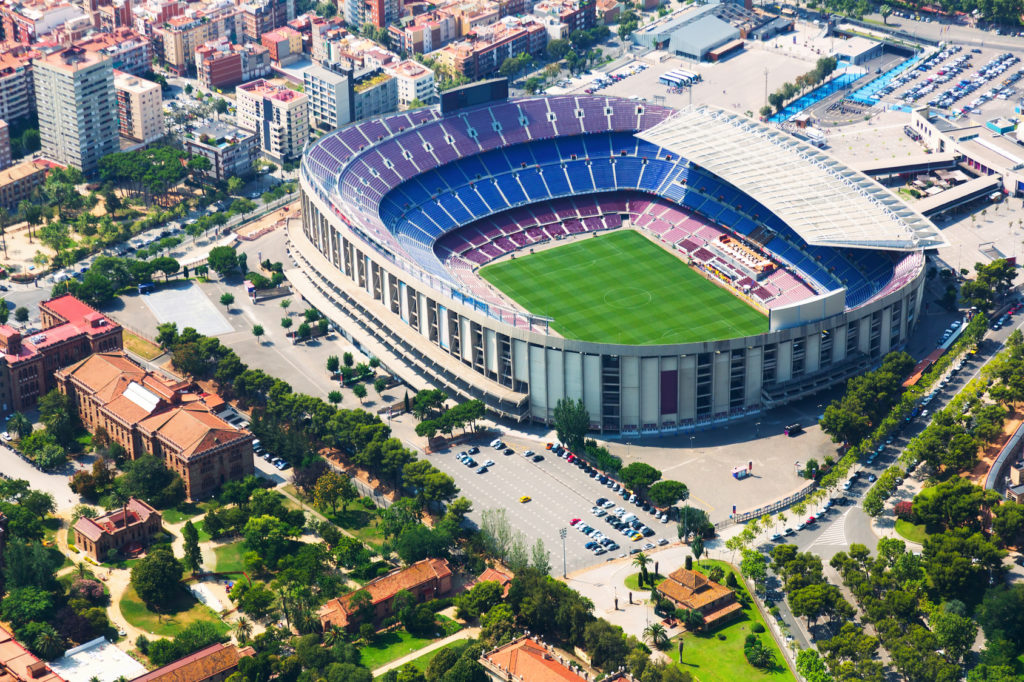 Montserrat: If this is your first visit to Barcelona you’ll struggle to fit in the many attractions the city has to offer during the limited time you’re in port. However, if you’ve been here before and are interested in heading outside the city then Montserrat is the obvious excursion to take. Lying 55km north-west of Barcelona Port, this rocky mountain range is home to a Benedictine Monastery where there is a much revered statue of the Virgin of Montserrat. There are frequent trains to Montserrat from Plaça d’Espanya station which take about an hour and include a funicular or cable car to the top of the mountain. Alternatively, you can join one of the official shore excursions which are usually made available by cruise lines. 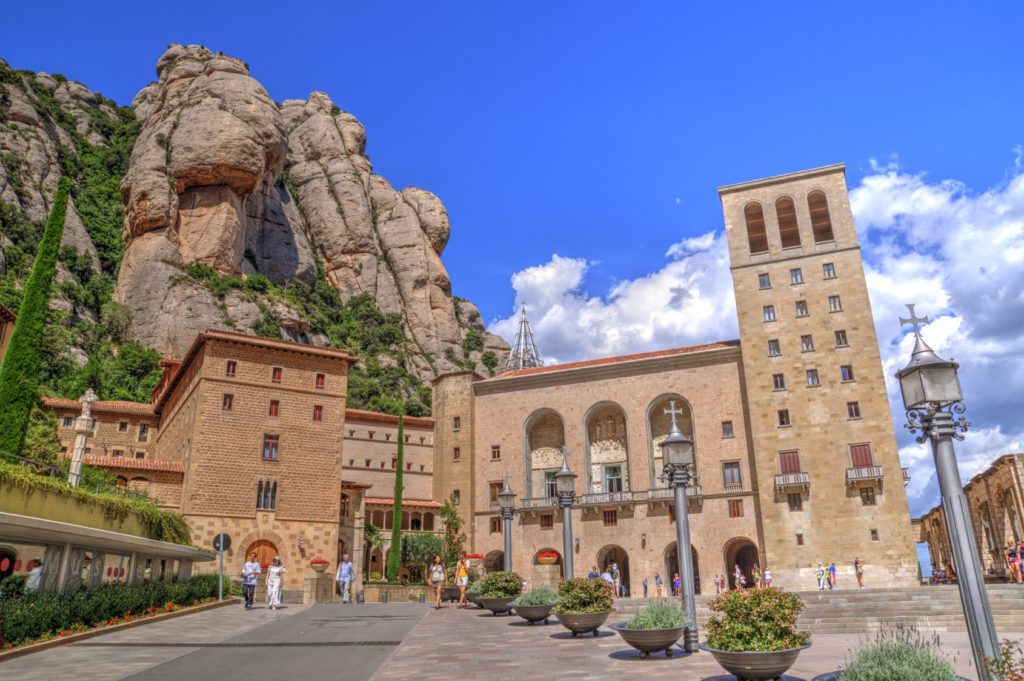 One Night in Barcelona

If your cruise itinerary allows for an overnight stay in Barcelona you’ll be spoilt for choice as to how to spend your time. Cultural highlights include a visit to the beautiful concert hall of Palau de la Música Catalana (Carrer Palau de la Música, 4-6) which hosts a wide range of musical events throughout the year. Alternatively, you might be fortunate enough to catch an event at the Gran Teatre del Liceu (La Rambla, 51-59) which is one of Europe’s most prestigious opera houses. The tourist information office under Plaza de Cataluña is a good place to ask for a current listing of what shows are taking place around the city.

Probably the most popular way to spend an evening in port for cruise passengers is to select a suitable restaurant from the thousands that the city has to choose from. Les Quinze Nits (Plaça Reial , 6) is a popular choice located on a charming square just off the Ramblas. They have an outdoor terrace and serve an interesting range of Mediterranean dishes. Another quality venue on this touristy square is La Cuina del DO. (Plaça Reial 1) which is the restaurant of the adjoining hotel. If you’d prefer to dine near the sea and away from the city have a look at options around Port Vell or in Barceloneta which lies further east along the coast yet is still walkable.