Standing on the tip of the Kowloon Peninsula, the Tsim Sha Tsui Promenade looks across Victoria Harbour towards Wan Chai and Central on the north of Hong Kong Island. Hotel rooms with views over this iconic waterway are highly desirable but come at a price. More affordable options can be found away from the waterfront in the Hong Hum and Mong Kok areas of Kowloon along with the Tin Hau, Causeway Bay and Admiralty neighbourhoods of Hong Kong Island.

If your budget won’t stretch to a stay at one of the city’s classic properties the key is to ensure that you book a hotel which is located close to a Mass Transit Railway (MTR) station. This safe and efficient means of transport consists of more than 230km of lines and includes four railway tunnels beneath Victoria Harbour which connect Kowloon with Hong Kong Island. 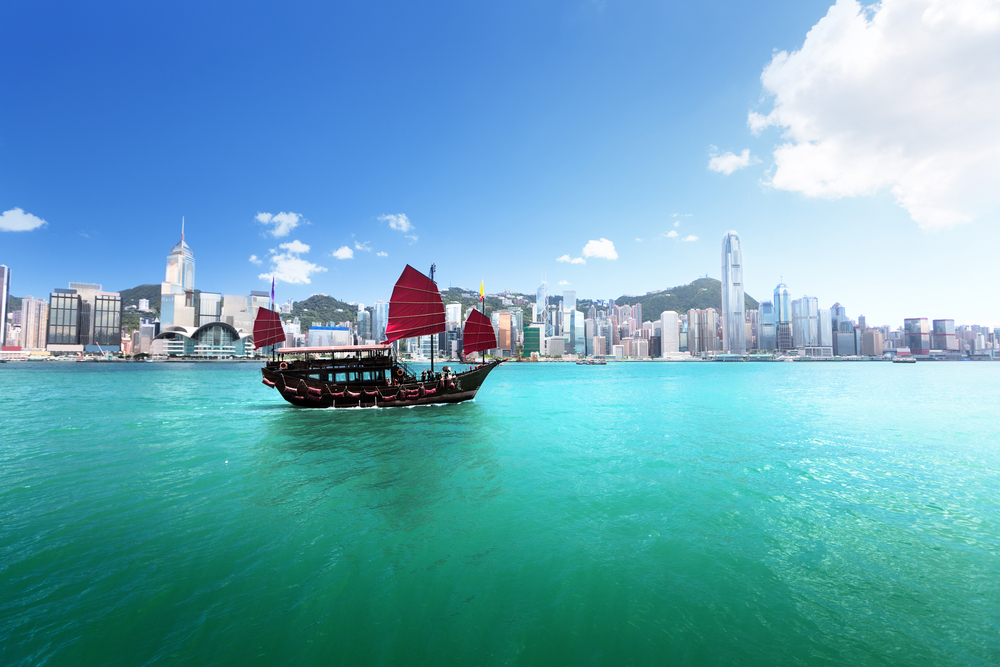 Where to Stay in Tsim Sha Tsui

The Tsim Sha Tsui Promenade is a mecca for tourists which is home to some of Hong Kong’s best known attractions such as the Avenue of Stars, the Star Ferry Pier, the Hong Kong Cultural Centre and the Space Museum. Its plethora of shops, bars, cafés and restaurants fuel its role as one of Hong Kong’s main social and commercial hubs. Some of its top end places to stay include:

Peninsula Hong Kong: Known as the ‘Grande Dame of the Far East’ this is the city’s classic, colonial property which first opened its doors to guests in 1928. As well as its luxurious, old-world ambience it is also well known for the fleet of green Rolls-Royces parked outside which have become something of a tourist attraction in their own right.
Marco Polo Hong Kong: Standing alongside the Ocean Terminal and Star Ferry, this is another luxurious property with stunning views across the harbour.
InterContinental Hong Kong: This well-established 5-star property located on Victoria Harbour attracts a loyal clientele who return time and time again on their visits to Hong Kong. It is currently closed for a major refurbishment which will see it open again in 2022 as the Regent Hong Kong. 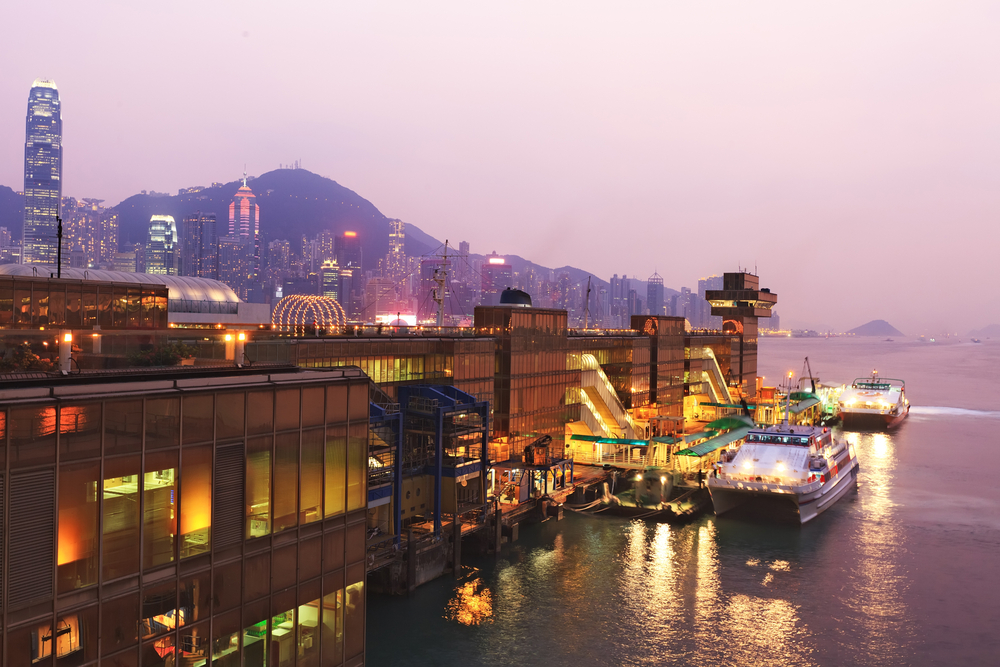 The Langham Hong Kong: Set back from the waterfront near the Harbour City Mall this is another exceptional property in the Tsim Sha Tsui district.
The Hyatt Regency: For a lofty view over the harbour you can book a room at this hotel which is located inside one of the district’s highest skyscrapers. The building, known as the ‘Masterpiece’, also houses the K11 shopping centre and residential properties.

Cheaper accommodation can also be found in the Tsim Sha Tsui neighbourhood in the form of well-known chain properties such as the Best Western Plus Hotel Kowloon. Budget travellers should also check out the Hong Kong Tai San Guest House and The Salisbury -YMCA of Hong Kong which offer very good rates considering their excellent locations. The areas of Yau Ma Tei, Hong Hum and Mong Kok in Kowloon also offer affordable tourist accommodation in vibrant neighbourhoods.

Where to Stay in Central 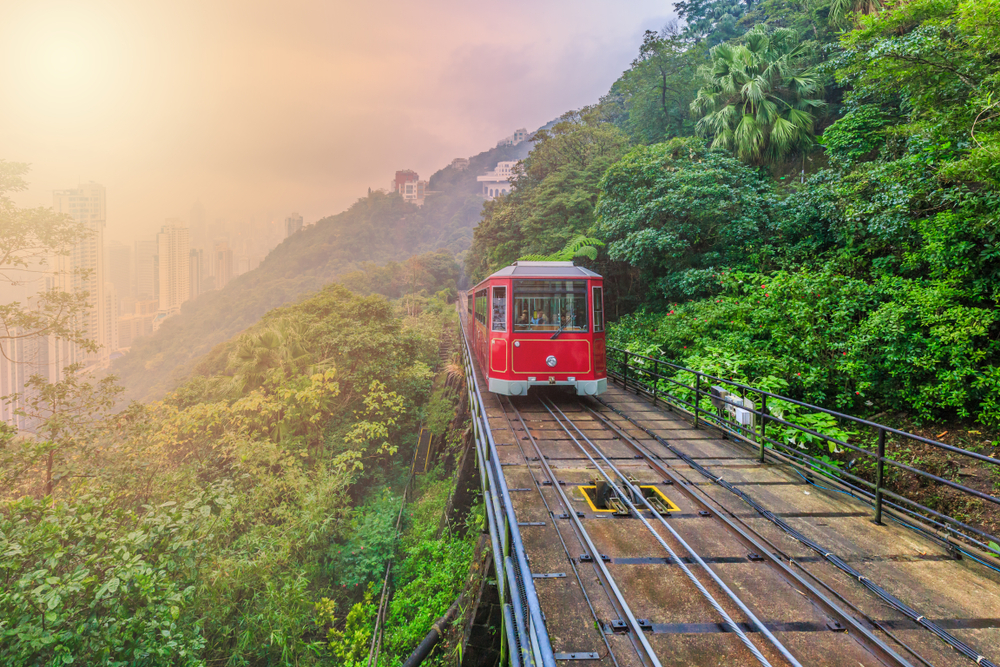 Across the bay from Tsim Sha Tsui is the Central Business District (CBD) of Hong Kong which is home to the headquarters of many major companies, governmental offices and consulates of countries from around the globe. Many tourist attractions are located on this side of the harbour including the funicular railway up to Victoria Peak, the Central-Mid-Levels Escalator and the Lan Kwai Fong nightlife area which is packed with bars and restaurants. Some top-notch places to stay in this vicinity include the following:

Mandarin Oriental Hong Kong: Dating back to 1963 this is another of the city’s classic hotels. It is a 5-star property which hosts three Michelin-starred restaurants and offers guests spectacular views of the Hong Kong skyline across Victoria Harbour.
The Murray Hong Kong: In contrast this property on Cotton Tree Drive served as an important government building during colonial times before opening as a luxury hotel in 2018.
Four Seasons Hotel Hong Kong: Located on the waterfront near the Star Ferry terminal this is another luxury hotel which is proud to have two Michelin starred restaurants on its premises and stunning views across the harbour.
The Pottinger Hong Kong: For somewhere a little different head a few blocks inland from the sea to this boutique hotel located close to the Central-Mid-Levels Escalator and the Lan Kwai Fong entertainment district.

Nearby districts worth looking at for accommodation include Wanchai and Admiralty which house upmarket properties such as the Grand Hyatt Hong Kong, the JW Marriott Hotel Hong Kong and the Island Shangri-La Hong Kong. The area around Victoria Park at Causeway Bay is another popular neighbourhood which is home to some mid-range hotels including the Excelsior Hong Kong, the Regal Hong Kong and the Park Lane Hong Kong.

As is the case across the harbour, there are some cheaper places to stay by heading inland from the waterfront. Such places include the Ibis Hong Kong Central & Sheung Wan, Bishop Lei International House and the Garden View Hong Kong.

Hong Kong’s International Airport is located on Chek Lap Kok Island some 35km west of downtown Kowloon. Transfer options are plentiful and efficient including taxis, shuttle buses and a high-speed Airport Express train service which rapidly connects the airport with Kowloon Station and Hong Kong Station in the city. For a more comfortable service you can book a private transfer from Hong Kong Airport to your hotel in Kowloon or Hong Kong Island and have a professional driver waiting for you on arrival.