Located on the Bay of Biscay in Northern Spain, the port of Bilbao has served as an important maritime destination for centuries. During the 19th and early 20th centuries the city was one of Spain’s most important industrial centres without a tourist in sight. The key industry of shipbuilding was in severe decline by the 1980s creating unprecedented levels of unemployment. The turning point in Bilbao’s fortunes came a decade later when the Basque government and the Guggenheim Foundation agreed to build a museum in the city’s old port area. The Guggenheim Museum has proven to be a catalyst for urban regeneration which has seen soaring numbers of tourists arriving in the city including almost 100,000 cruise ship passengers who arrive at the new cruise terminal at nearby Getxo. 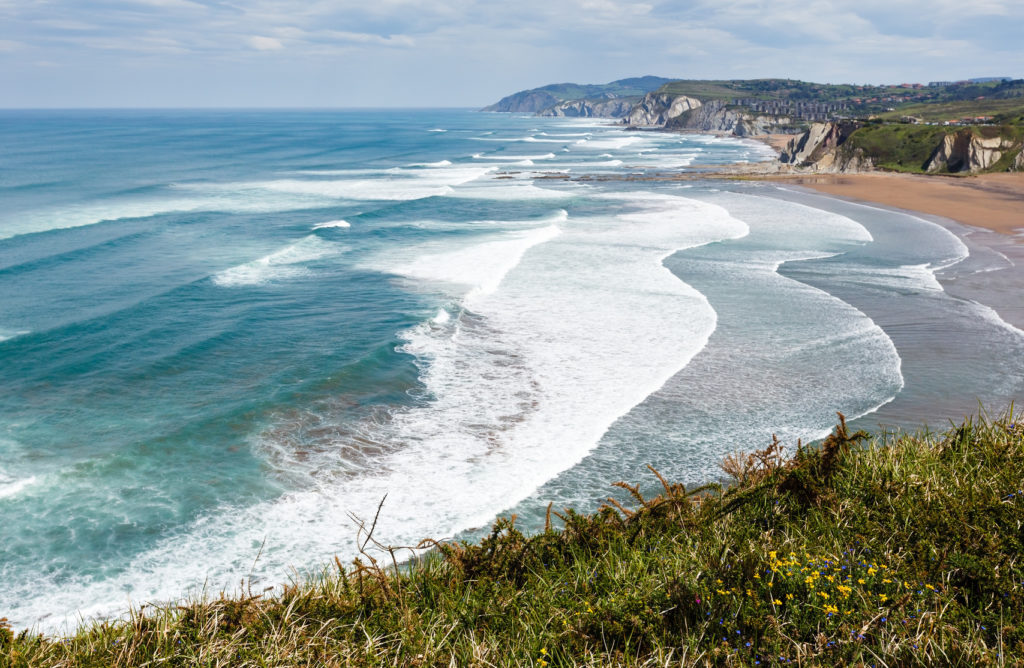 Cruise ships visiting Bilbao cannot navigate the Nervión River into the city centre so they dock at the modern cruise terminal next to the town of Getxo which lies 14km to the north of the city. Most cruise lines provide shuttle transfers from the terminal to Plaza Moyúa in the city centre. Otherwise you can take the free shuttle transfer provided by the port into Getxo then get the metro into Bilbao, a journey which takes about 20 minutes.

If you prefer not to wait for this shuttle you can walk from the terminal to the Neguri metro station in about about 20 minutes then take Line 1 of the Metro into the city. Once in the city you get off at Moyúa metro station then walk approximately 1km to get to the Guggenheim. If you then choose to walk along the river to the historic centre of Bilbao you can return to Getxo from the Casco Viejo metro stop on trains heading for Plentzia.

Of course there are taxis at the cruise terminal which will take you into the city for a reasonable price (especially when shared by four passengers). However, traffic getting into the city can make this mode of transport slower than taking the very efficient metro system.

If you are travelling into or out of Bilbao as part of your cruise schedule you’ll most likely be passing through Bilbao Airport which lies 9km north-east of the city and almost 20km south-east of the Getxo cruise terminal. There’s an airport bus (number A3247) which runs into the city’s main bus terminal every 20 to 30 minutes with three stops en route including Plaza Moyúa. A far more convenient option for cruise passengers is to take a taxi from outside the airport terminal or pre-book a private transfer from Bilbao Airport directly to the cruise terminal or to your accommodation in the city centre. 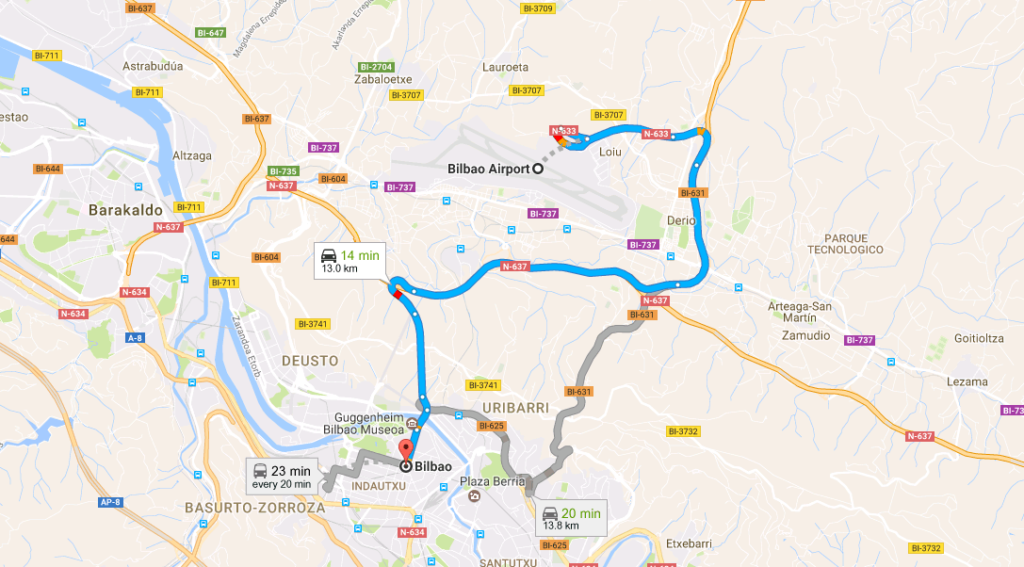 Getting Around in Bilbao

Once you arrive in the city centre everything is explorable on foot with the riverside 2km walkway between the Guggenheim and the Old Quarter being highly recommended. If you’re not keen to walk this distance then you can take the EuskoTran tram which runs parallel to the walkway from outside the Guggenheim to Teatro Arriaga on the edge of the Casco Viejo. If you’re planning on using a number of public transport services then it’s probably worth getting a ‘Creditrans’ travel card at one of the ticket vending machines which includes all transport on the metro system, city buses (Biblobus) and city tram (Euskotram). 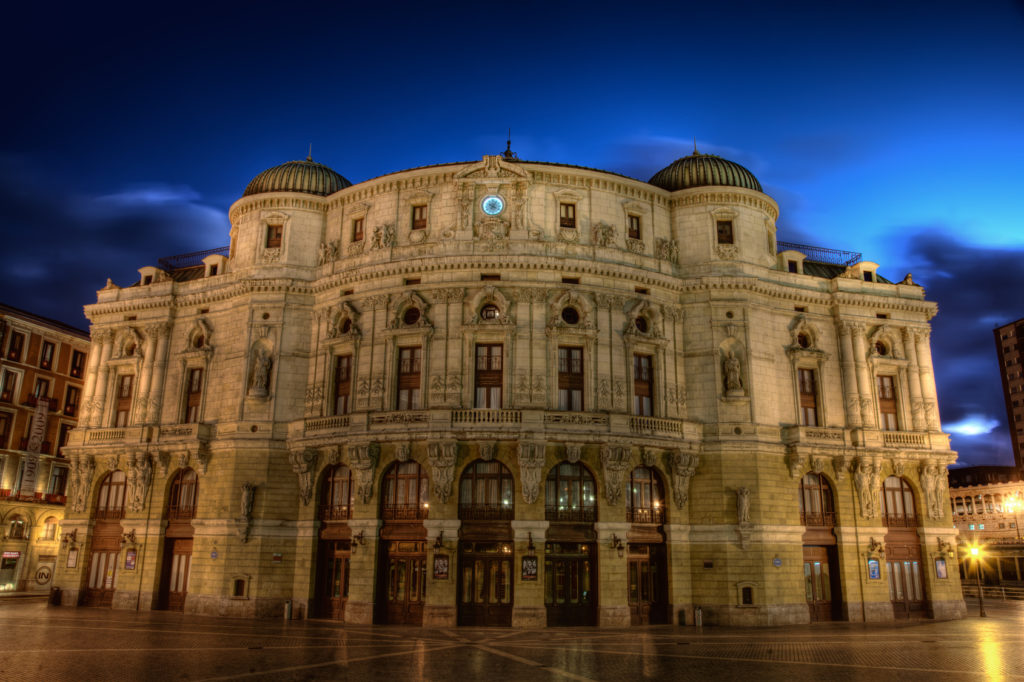 Most cruise ships arriving in Bilbao allow for a full day in port before heading off in the late afternoon. This is a good amount of time to comfortably head into the city centre and visit the Guggenheim Museum and the Casco Viejo before returning to the ship.

Guggenheim Museum: Whether you approach the Guggenheim from the metro station or from your tour bus you cannot help but be mightily impressed by its titanium structure. Located on the banks of the city’s Nervión River it was designed by the Canadian-American architect Frank Gehry with a theme reflecting Bilbao’s industrial past. Whilst the interior houses a permanent exhibition and frequent temporary exhibitions of considerable importance, it is the structure itself which will live long in the memory of most visitors.

Insider Tip: If you’re fortunate enough to visit Bilbao on a day when it isn’t raining you can have lunch on the terrace of the Bistro Guggenheim Museum. Here you can enjoy fine dining, typical local tapas or simply have a coffee overlooking the river. 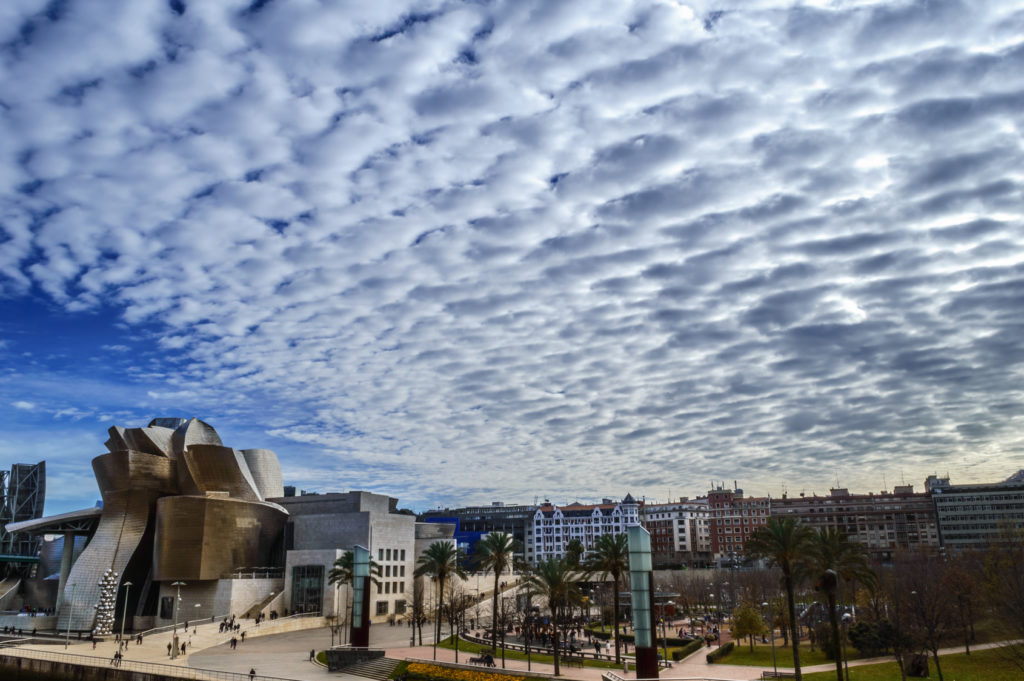 Casco Viejo: Lying just 2km south-east of the Guggenheim is the Old Quarter of Bilbao which you can reach on foot from the museum by just following the riverside walk as far as the Arenal Bridge. This small residential area is the heartbeat of Bilbao which is home to some of the city’s oldest buildings and some fine museums. Highlights include the Cathedral of St. James which dates back to the 14th century together with the Basque Museum and Archaeology Museum which provide a fascinating insight into the Basque region. The area is also packed with excellent restaurants and tapas bars which attracts many locals and visitors to its lively streets at weekends. 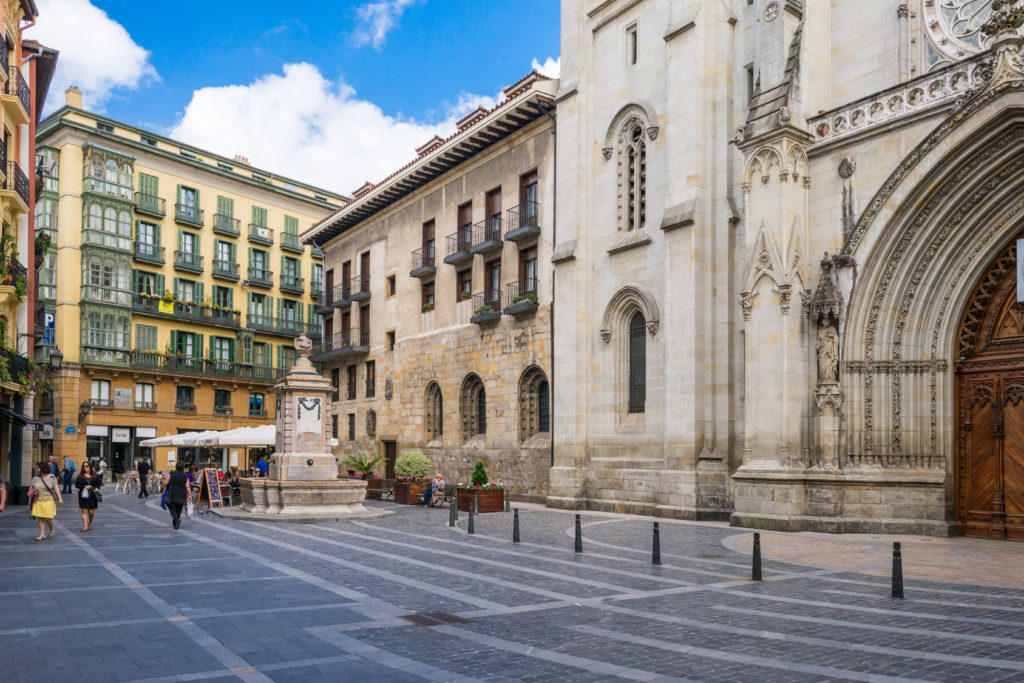 Beyond Bilbao: The shore excursions most likely offered by your cruise line will be to the historic town of Guernica and the beautiful coastal city of San Sebastian. Whilst both destinations are well worth a visit there isn’t enough time in port for most cruise passengers to merit taking such excursions when the city of Bilbao itself has so much to offer.

One Night in Bilbao

Thanks to the excellent public transport system connecting Getxo with the centre of Bilbao, cruise ship passengers can spend an evening in the city. The metro runs until 11pm from Monday to Thursday and puts on later night services at weekends. otherwise you can get a taxi back to your ship from the city centre.

A highlight for many visitors is to spend a few hours touring the tapas bars of the Casco Viejo. You won’t go far wrong if you head for Plaza Nueva as a starting point for your ‘tapas crawl’. In most bars the tapas are presented as ‘pintxos’, you simply get a plate from the barman and take what you fancy. Just let the barman know each time you take something and you’ll get the bill before you leave. If you prefer to dine in a restaurant then you’re in for a treat in Bilbao, a city which boasts a number of establishments which have earned Michelin stars. One such place is Nerua Guggenheim Bilbao which is located within the museum complex.

If you’d prefer not to travel into the city at night you can simply wander into Getxo from your ship and dine at one of the lovely seafront restaurants in this affluent suburb. Highly regarded is the Izarra Tamarises Restaurant (Muelle de Ereaga, 4) which serves a fine selection of contemporary Basque cuisine.