The historic city of Chania lies on the north-west coast of Crete some 140km west of the island’s capital, Heraklion. Cruise ships arrive at the nearby port of Souda. The city is best known for its charming Old Town which stands inside ancient Venetian walls and for its charming waterfront which is one of the most picturesque destinations in the whole southern Mediterranean region.

The Port of Chania is actually in the town of Souda which lies 7km east of the Old Town of Chania. There is little to see in the immediate vicinity of the port although the nearby Souda Bay Allied War Cemetery may be of interest to some visitors. There’s a bus stop just outside the port area with buses heading into the centre of Chania whenever a cruise ship arrives. Just get a ticket from the small kiosk next to the bus stop. The journey into town takes little more than 10 minutes and drops you off in the centre next to the covered market. Alternatively, you can jump in a taxi to get into the Old Town. 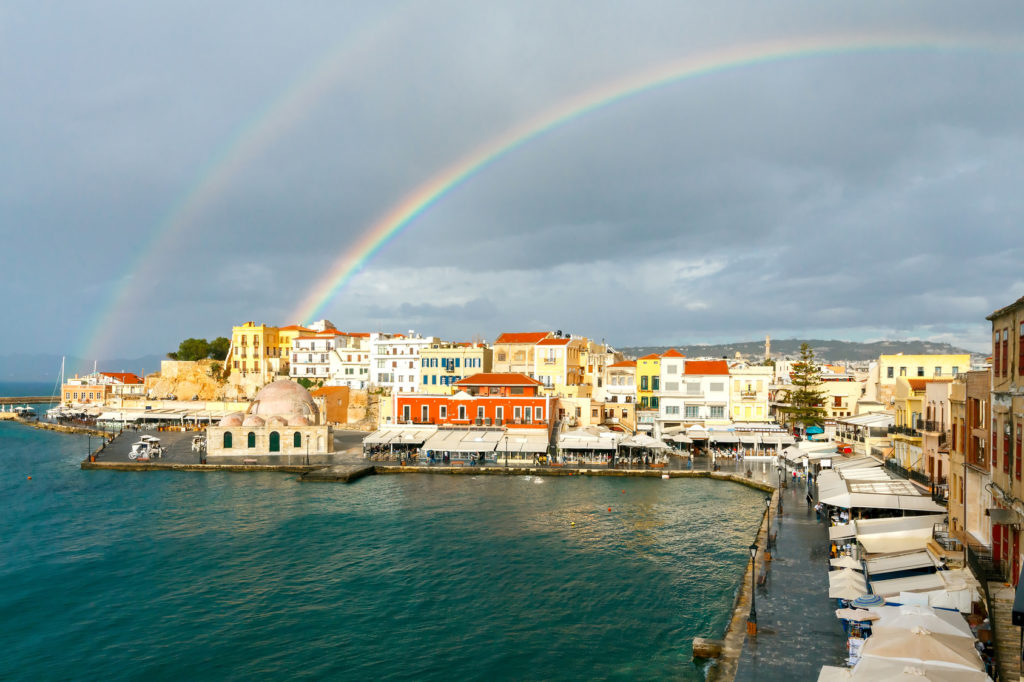 If you’re joining or leaving a cruise at Chania you’ll most likely be travelling through Chania’s International Airport which lies on the on the Akrotiri Peninsula some 15km north-east of the harbour. The airport is fairly quiet during the winter months with just a few scheduled domestic arrivals. It comes to life in the summer when many European airlines provide charter flights to this popular holiday destination. Flights from North America will often include a transfer in Athens.

There are airport buses which travel into the city centre but their times don’t always coincide with flight arrivals and departures. For transfers to or from the port you can always get a taxi outside the arrivals area or better still arrange a private transfer from Chania Airport to hotels in the Old Town or directly to the port at Souda. The journey by road takes around 30 minutes.

Getting Around in Chania

Once you arrive in the Old Town there’s no need for any transport unless you fancy the novelty of taking a mini-tour by means of a horse-drawn carriage. The whole area is compact and easily accessible on foot. If you want to go a little further afield you’ll have no problem finding a taxi otherwise you can get a ticket for the hop-on, hop-off bus tour which includes 13 different stops on an itinerary which lasts about 90 minutes. This tour doesn’t meet cruise ships at the port in Souda so taking a bus or taxi into the Old Town then walking around will prove to be a better choice for most passengers.

When visiting the city of Chania you’ll find that it’s split into and old town which includes the old Venetian harbour and a new town which is the commercial district and home to the majority of the city’s population. If you’re arriving at the port of Chania and just visiting the city for a few hours then you should head straight for the Old Town which is of much greater interest from a tourist’s perspective.

Old Town: The northern border of the Old Town is defined by the sea whilst historically the rest of it was once contained within its Venetian walls which date back to 1538. These walls have remained reasonably intact to the east and west in spite of having endured heavy bombardment during the Second World War. The new town has grown mainly to the south where a wall no longer exists. The tourist centre of the Old Town is Eleftherios Venizelos Square. 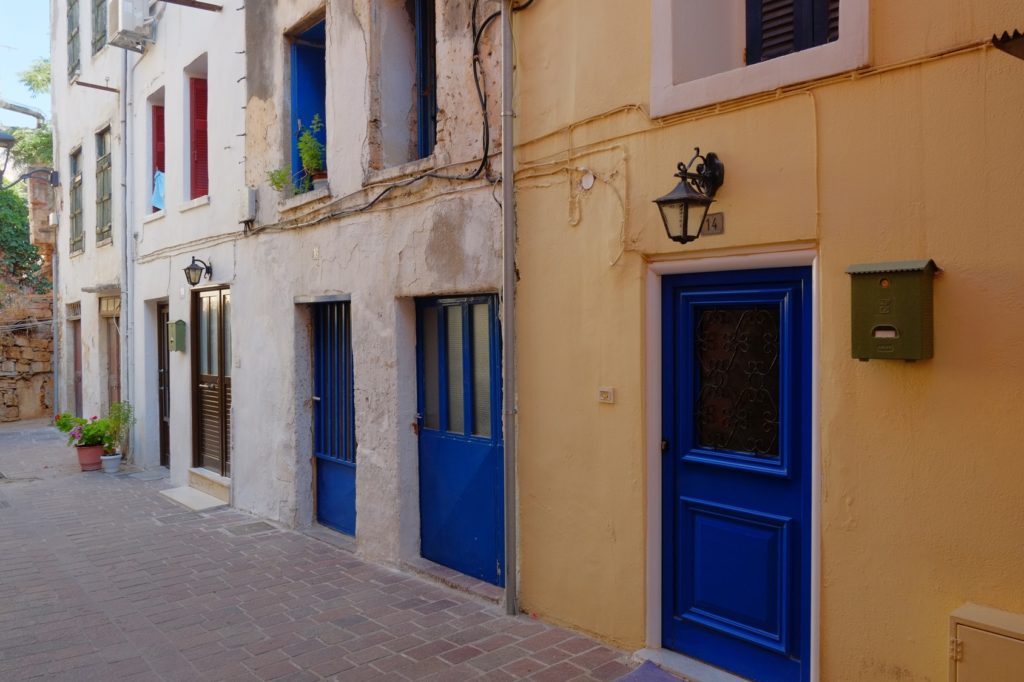 Venetian Harbour: For many visitors a stroll along this historic harbour is the highlight of their visit to Chania. The Venetians began its construction in 1320 allowing the city to develop as one of the southern Mediterranean’s key ports. Today it exudes charm, not least thanks to the fleet of wooden fishing boats which are moored there. Particular sights to look out for include Chania’s famous lighthouse and the mosque to the east which was constructed by the Ottoman Turks in 1645.

Insider Tip: Be sure to stop for a beer or a Greek coffee at one of the many stylish cafés which line the Venetian harbour. It is also home to some lovely restaurants which are great places to stop for lunch. 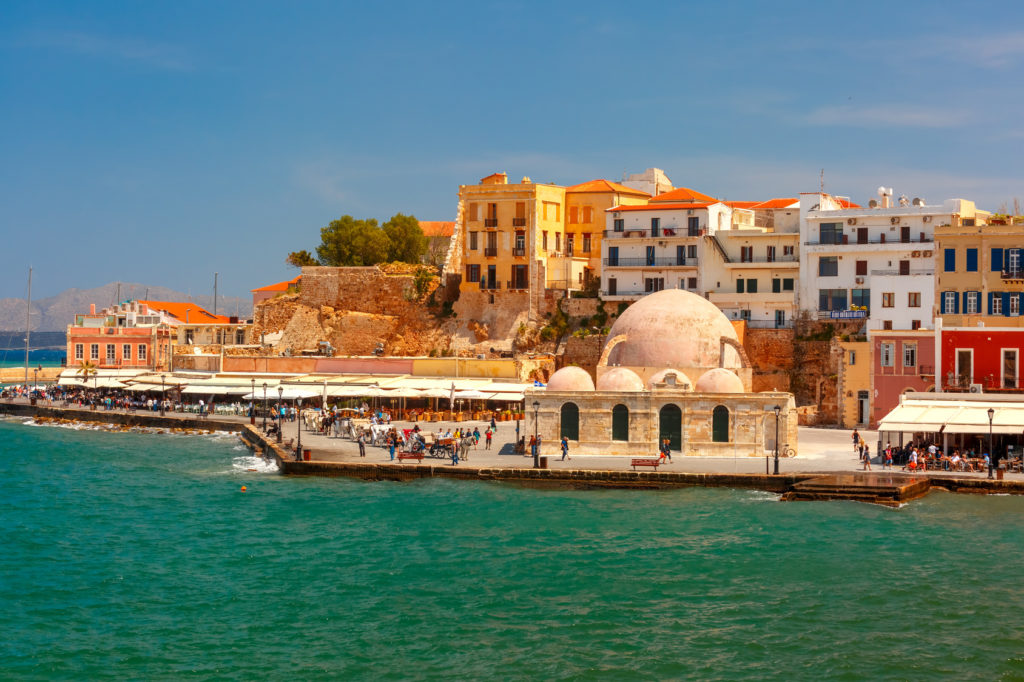 Archaeological Museum: If you’re visiting Athens on your cruise and have a low tolerance for museums then you may want to save yourself for the National Archeological Museum which is one of the world’s great museums. However, if you’re keen to take in more Greek history as told by artefacts from over the ages then this museum is well worth a visit. Located in the Venetian church of San Francesco in the centre of Chania, it exhibits many items discovered in western Crete from Neolithic, Minoan and Roman times.

Maritime Museum: The history of Crete is intrinsically tied to the maritime affairs of the region over many centuries. This fascinating museum located in the Firkas Fortress provides an insight into the island’s relationship with the sea dating from the Minoans through to the Battle of Crete in 1941 when the island was invaded by German forces.

Chania Market: Cruise passengers who like to visit markets during their port visits will be enthralled by this municipal market which first opened its doors in 1913. It is a functioning market used by locals which contains a wide range of food stalls include ones where you might like to pick up some local produce such as olives, honey or cheese. There are also a number of cafés where you can enjoy typical Cretian cuisine in the company of market workers and locals doing their shopping. A few stalls also now stock souvenir items specifically aimed at tourists. 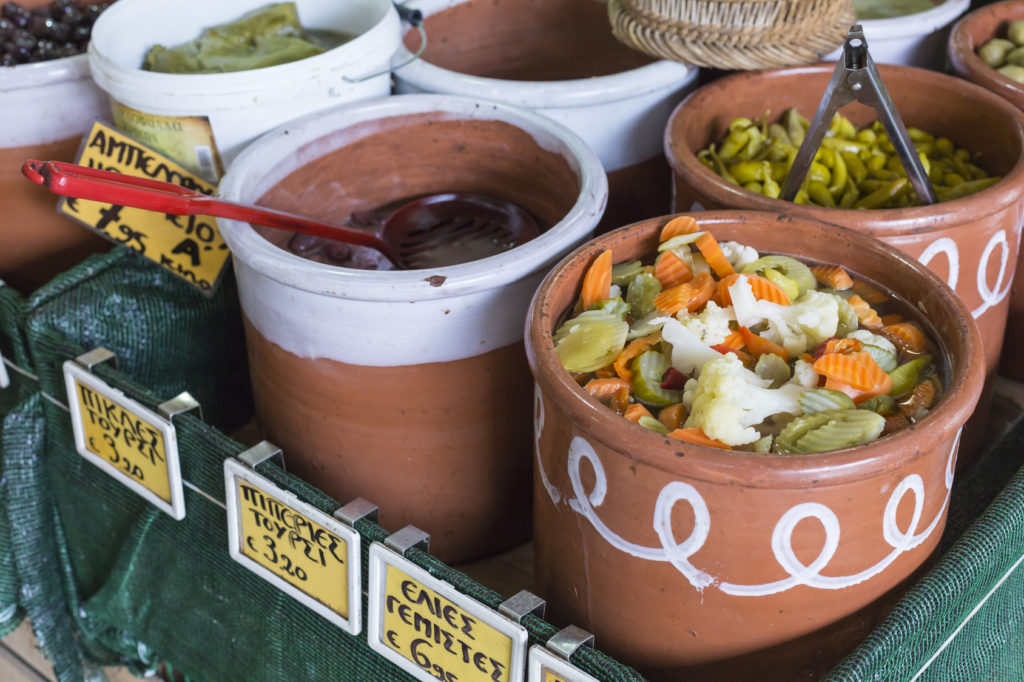 One Night in Chania

If you’re spending a night in Chania then you’ll most likely head down to the Venetian Harbour and have dinner at one of its open-air restaurants such as Apostolis (Akti Enoseos, 6) which serves some of the best fish dishes around at very reasonable prices. In the Old Town one of the best places for typical Greek food is the highly regarded Enetikon Restaurant (Zabeliou, 57). Otherwise you could head out to the nearby Nea Chora beach and have dinner overlooking the sea at the delightful Akrogiali Taverna (19 Akti Papanikoli).

During the month of August there’s a whole range of cultural events which take place around Chania including traditional dance performances, concerts and theatrical evenings. You can request a timetable of events at the main tourist information office (Peridou, 10).