Looking for a holiday destination that will allow you to bask in the sun, but also stretch your mind with cultural excursions? If you’re hoping to strike a balance between pure relaxation and sophisticated outings during your next getaway, Spain’s Roquetas de Mar is your best bet.

Whether you’re travelling in winter or summer, this former fishing town along the Costa Almería is known for its spectacular beaches and its appropriately warm weather, but is simultaneously an oasis of class and sophistication, whose treasures are well worth exploring. Here are some insider tips for how to discover and enjoy Roquetas de Mar’s most precious cultural gems.

Are you an avid golfer? Check out our guide to the perfect golf holiday in Roquetas de Mar! 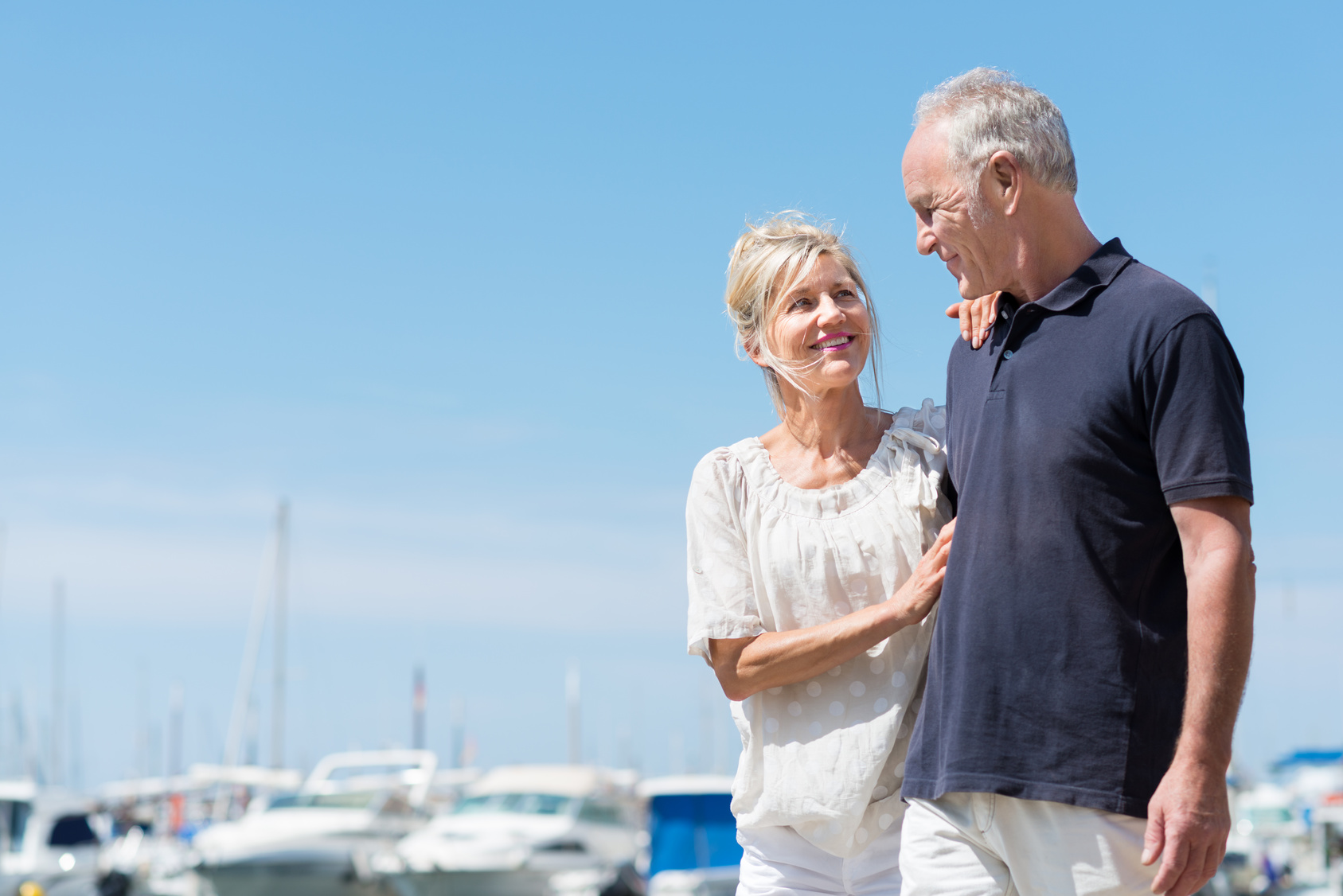 Apart from its beaches, Roquetas de Mar is well known for its castle, whose extensive history dates back seven hundred years. Since its foundation in the early fourteenth century, the castle site continuously adopted new functions: in the eighteenth century, for example, the castle functioned as a military stronghold, and shielded Roquetas de Mar from Dutch and British forces during the Succession War of 1714.

To learn more about the castle’s significant and ever-changing role in Roquetas de Mar’s history, it’s worth visiting its free museum, whose exhibitions feature explanations in both Spanish and English. After your history lesson, you may want to mount a few steps to explore the top of the castle’s tower. Don’t forget to bring your camera – your climb will be rewarded with a picture-perfect view of the city’s harbour and beach. 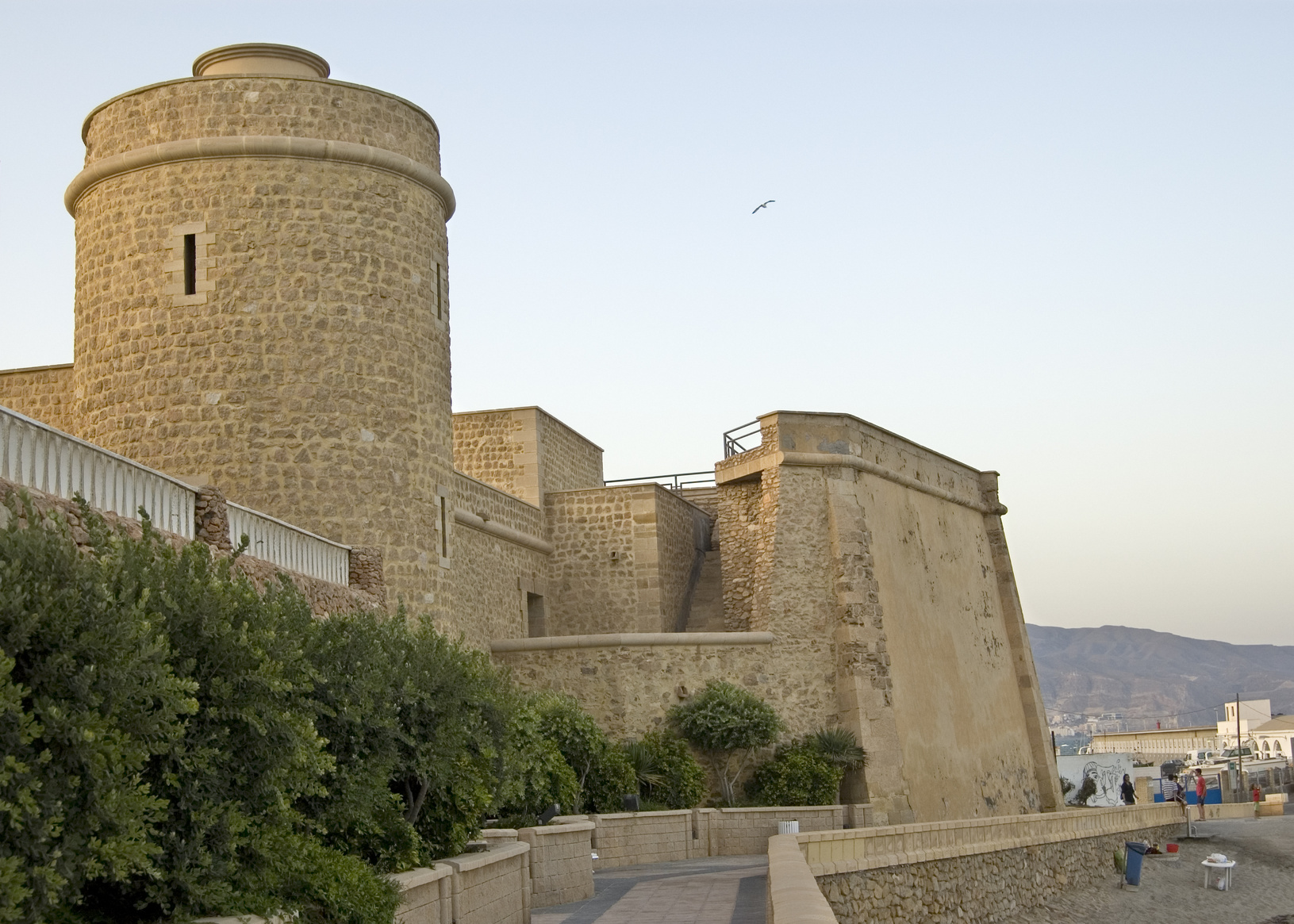 If visiting the castle intensified your cultural itch, you’ll want to scratch it by visiting the world-famous Museum of Almería, which is a mere 25-minute taxi ride away from Roquetas de Mar. Since 1934, this museum is one of the most significant cultural establishments in the Almerian region, and showcases the largest exhibition of archaeological remnants in the area.

In the museum’s permanent collection, you’ll learn about Los Millares, an Andalusian society that existed during the Aeneolithic age and whose remains were uncovered in the late nineteenth century. If you’re ready to find out more about how human civilization established its roots in Spain, a trip to the Museum of Almería is definitely worth a few hours of your time.

Insider Tip: To get to the museum from Roquetas de Mar, you can book a quick and convenient ride with Shuttle Direct.

If you’re visiting Roquetas de Mar in summer, it’s best to finish off a day of culture and/or beach time with some music in the city’s theatre and auditorium. Whether you’re a fan of jazz, flamenco, or classical music, the Teatro Auditorio’s frequent open-air performances cater to a variety of musical tastes – and some concerts are even free! If you’d like to soak up the rays of the setting sun on a warm summer night, listening to your favourite music or approaching a different genre with an open mind is guaranteed to make your evening most enjoyable.

Insider Tip: To secure tickets, it’s safest to book well ahead of time. Take a look at the Teatro Auditorio’s website and call the listed number, or ask your hotel to help you book tickets

How to Get to Roquetas de Mar

Luckily, travelling to Roquetas de Mar is a breeze. It’s easiest to book a direct, ca. three-hour flight from London to Almería (LEI) airport with providers such as easyJet and Monarch. Although you may feel that it’s inconvenient that Roquetas de Mar doesn’t have its own airport, fear not: Almería is only a 35-minute drive away.

Of course, be warned that a 35-minute drive can take significantly longer – even hours – if you decide that public transportation is the best option: it’s not! If you’re looking for a fast, reliable, and comfortable airport transfer, pre-book a shared or private ride with Shuttle Direct, whose welcoming and experienced drivers will take you directly to your hotel. Opting for this alternative to public transportation will save you a lot of time, trouble, and nerves. 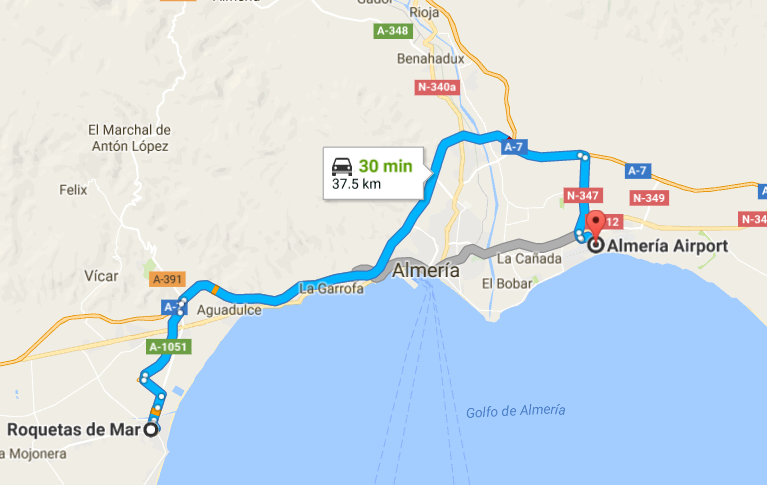 Playaluna Hotel: This four-star hotel features an impressive array of facilities. From its outdoor pool and hot tub to its popular mini golf course, couples are free to relax and recharge in style. Along with Playaluna’s perfect location – as it’s situated a mere two-minute walk from the beach – its show-kitchen, cosy bar, and beach club are ideal dining options for couples in search of elegance and excellent service. The modern rooms’ balconies – some of which overlook the ocean – are also a nice, romantic touch!

Hotel Best Sabinal: The Hotel Best Sabinal, a four-star resort, is a paradise of pampering. Not only is this hotel a one-minute walk from the beach, but it also has two outside pools, a heated indoor pool with calming waterfalls, and a beautiful spa. To top it all off, many rooms have private balconies and breathtaking ocean views. If you’re interested in some luxury shopping, you’re in luck as well: the upscale Roquetas de Mar shopping centre is only 10 minutes away from the hotel.

With its top-notch transport services throughout Europe and North Africa, Shuttle Direct is numerous tourists’ go-to company for reliable, economical, and quick airport transfers. When you’re planning your holiday in Roquetas de Mar, you’ll ensure a stress- and care-free ride from the airport to your hotel if you pre-book a shared or private vehicle on Shuttle Direct’s easy-to-use website.