There’s nothing more quintessentially English than a game of cricket on the village green during the summer months. What a surprise it is to run into such an event when visiting the Greek Island of Corfu! The sport was introduced to the island during almost 50 years of British rule which began in 1815 following the Napoleonic Wars and is still played on five cricket grounds around the island. The most impressive of these is located in Spianada Square in the heart of the Old Town of Corfu city providing quite a novelty for English visitors.

As well as importing the national sport, British custodianship also saw the construction of a number of impressive buildings such as the Palace of St. Michael and St. George before the island was ceded to Greece in 1864. In spite of the British influence, it was actually the Venetians who exerted the greatest influence on the architecture of this fortified city during their 400 year tenure. Unfortunately, many of their buildings were destroyed during the Second World War when Corfu was subjected to aerial bombardment by the Nazis.

Today the city’s two fortresses which for centuries provided a powerful defence against the Ottoman Empire remain standing and are the main tourist attractions along with the Old Town. This charming labyrinth of tiny streets is a delightful place to spend some time wandering in the company of not only fellow tourists but also the many locals who live here.

Cruise ships arriving in Corfu dock at the busy New Port (Neo Limani) which also deals with a high volume of international ferry traffic. The port lies just over 2km west of the Old Town which is walkable in less than 30 minutes. Alternatively, you can take a local bus from outside the terminal which stops at Old Port Square next to the New Fortress or jump into one of the many taxis.

If you’re beginning or ending a cruise in Corfu you’ll be passing through the island’s international airport which is conveniently located just south of the Old Town and less than 5km from the cruise terminal. There are frequent bus services from the airport to the main bus terminal in San Rocco Square in Corfu Town as well as plenty taxis. For transport directly to your cruise ship or to any other destinations on the island it’s often worth booking a private transfer from Corfu Airport with Shuttledirect.

Getting Around in Corfu

The whole experience for cruise ship passengers could hardly be more convenient once you get into the centre as it’s a small area to wander around with everything accessible on foot. Alternatively, you can make use of the city’s bike sharing scheme known as ‘EasyBike Brainbox’ or for novelty value take a short tour of the Old Town by horse-drawn carriage.

Old Town: Recognised as a UNESCO World Heritage Site, the Old Town of Corfu is made up of series of narrow, cobbled streets located within the confines of the city’s original fortifications. Whilst plenty reminders of the Venetian influence on the city’s architecture are there for all to see, many beautiful buildings in the Old Town were destroyed during the Second World War. A larger number of the current structures are from the period of British rule. The streets are packed with shops, ice-cream parlours, bars and restaurants so there’s plenty to keep you entertained for a couple of hours.

Insider Tip: If you’re interested in shopping for souvenirs from Corfu you should be able to find something of interest in the shops of the Old Town. Typical gifts worth buying include leather bags, locally-made jewellery and woodcarving made from olive trees.

Old Fortress: Located on a rocky promontory to the east of the Old Town the history of the Old Castle dates back to the Byzantine era. However, it was the Venetians who were responsible for creating much of the heavy fortification which we see today during their control of the island (1402-1797). The structure played a key role in repelling three major offensives by the Ottoman Turks against the city. The site provides a fascinating insight into the island’s history as well as magnificent views over the old Town. Appropriate footwear is recommended to help visitors manage the many steps. 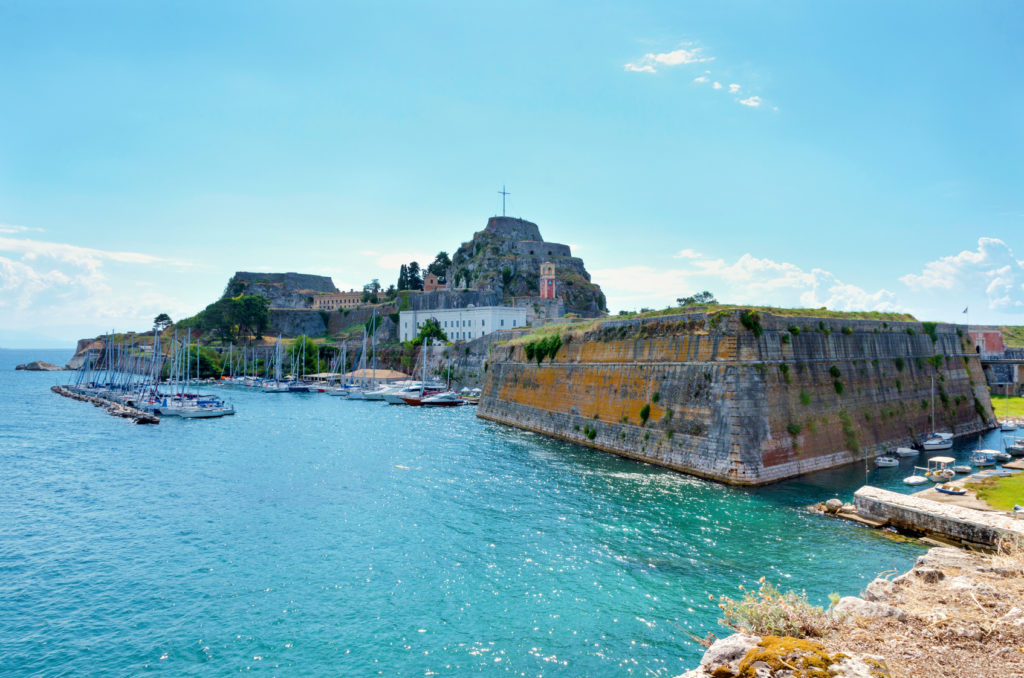 New Fortress: To the west of the Old Town this structure was once connected to the Old Fortress by defensive walls but these have been destroyed. The original structure was also of Venetian descent but most of what remains was constructed under British rule (1815-63). Whilst not as interesting as the older fortress in historical terms, it’s still worth a visit even if just to enjoy the terrific views from the top.

Liston: There’s a lovely park running along the Esplanade from the Old Town to the Old Fortress where you’ll find plenty places to take a break from the midday sun. The park is also home to a beautiful arched structure built in 1807 as a miniature version of Paris’s Rue de Rivoli. This now serves as a popular tourist attraction which is packed with cafés and restaurants.

Insider Tip: Highly recommended for a no-frills lunch in a typical Greek tavern is Rouvas (13 Stamatiou Desila). They offer a great selection of fresh local dishes at affordable prices in a lovely atmosphere.

Royal Palace of Corfu: Located on the northern side of the Esplanade this splendid neoclassical building is also known as the Palace of St. Michael and St. George. It was built during British rule of the island and served as the High Commissioner’s residence. Today it houses Corfu’s Museum of Asian Art. 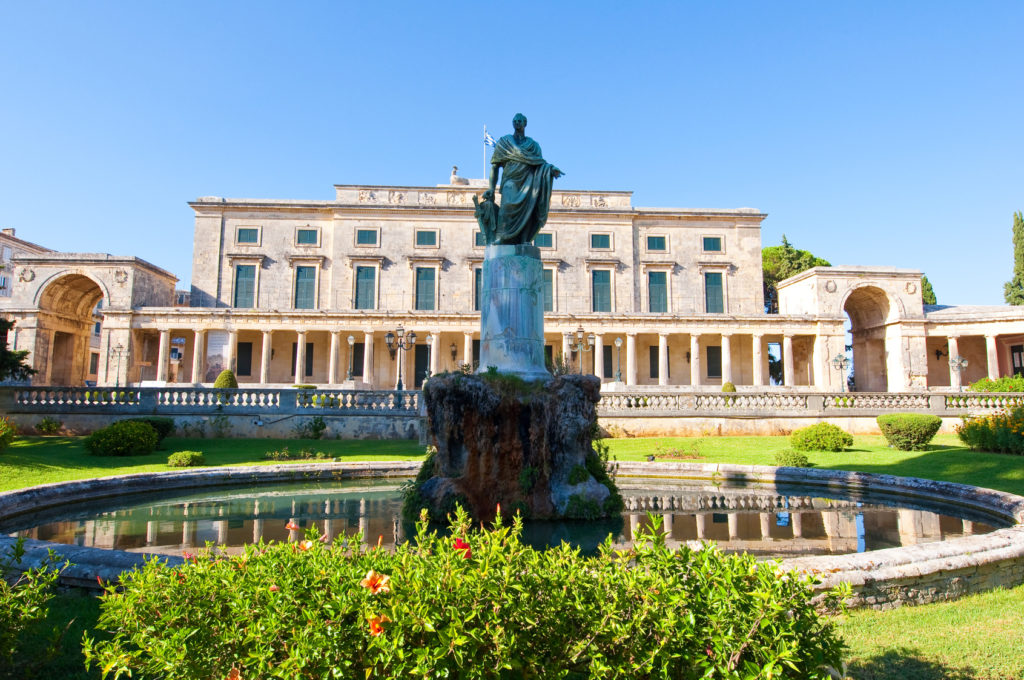 One Night in Corfu

If you’re cruise allows for an overnight in Corfu you should head for the Tourist Information Office which is located at the entrance to the Old Fortress. They will be able to confirm what local events are taking place during your stay. Typically there are concerts held within the grounds of the Old Fortress during the summer months as well as
open-air concerts on the Esplanade. Otherwise just head into the Old Town or to the Liston Promenade where you’ll find a wide choice of attractive venues to enjoy dinner.

For a special meal whilst in town it’s worth reserving a table at Anthos Restaurant (15 Maniarizi Arlioti) which is highly regarded for its exquisite seafood and pasta dishes. Another spot which earns rave reviews for the high quality of its food and wonderful setting is The Venetian Well (Kermastis Square).