This small European country has a big personality. People here are friendly, welcoming and laid back. Despite its connections with the Soviet Union in the past, Belarus has shaken its Russian reputation and instead considers itself a completely different country.  Leadership is mostly state run and committed to communist values, but the country is tolerant and accepting and has much to offer the discerning visitor. 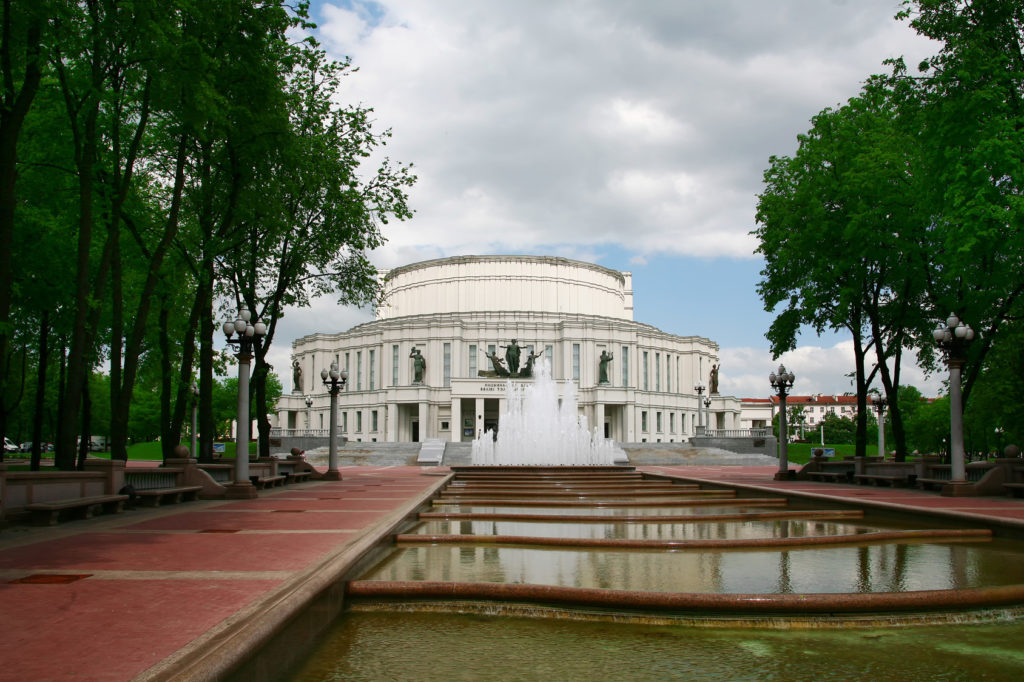 Belarus has a rich heritage and an intriguing history, as well as a vibrant and contemporary culture. Theatres, museums and art galleries can be found in most towns and amateur dramatics here is a popular pastime.

The Belarusian State Museum of History and The Great Patriotic War is the most visited museum in the country but The Brest Hero Fortress Memorial Complex is also popular.

Belarusians are very proud of their country and its landscape in particular. They love the outdoors, and parks and open spaces are important to the locals. There are five national parks in Belarus, one of which, Belovezhskaya Pushcha, has been awarded UNESCO status.

Despite not being top of the list when it comes to café culture, this delightful little country has plenty of restaurants that will more than happily serve just drinks. Expect live music in many restaurants as part of the evening’s entertainment.

The national cuisine of Belarus has mixed roots that reflect the traditional recipes used by the peasant people as well as the more elegant dishes made with more extensive ingredients, once served at noble tables. The diet of the locals consists of many of the traditional dishes such as pork stew (machanka), thick potato pancakes (draniki) and dumplings (kletski). 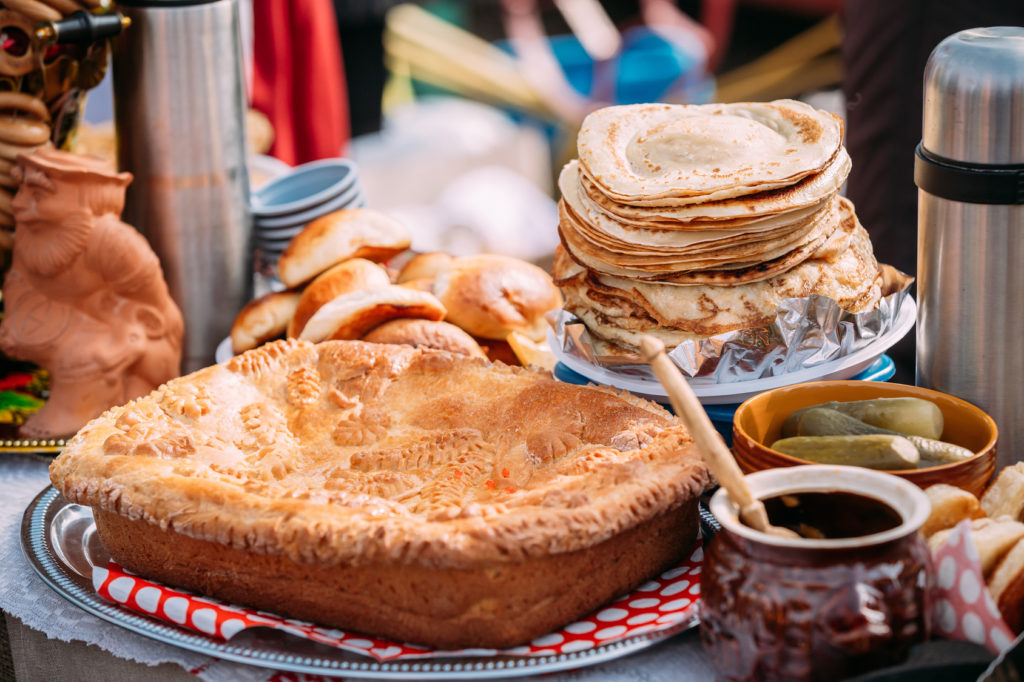 Eat out here and you can expect a combination of the traditional alongside the more elaborate offerings, many of which are revised versions of the former. Try the zhur with eggs, smoked meat and sour cream, or the bigos (a sour cabbage dish) with smoked meat, mushrooms and prunes. Those with a sweet tooth will love the pear roasted in honey with spices. 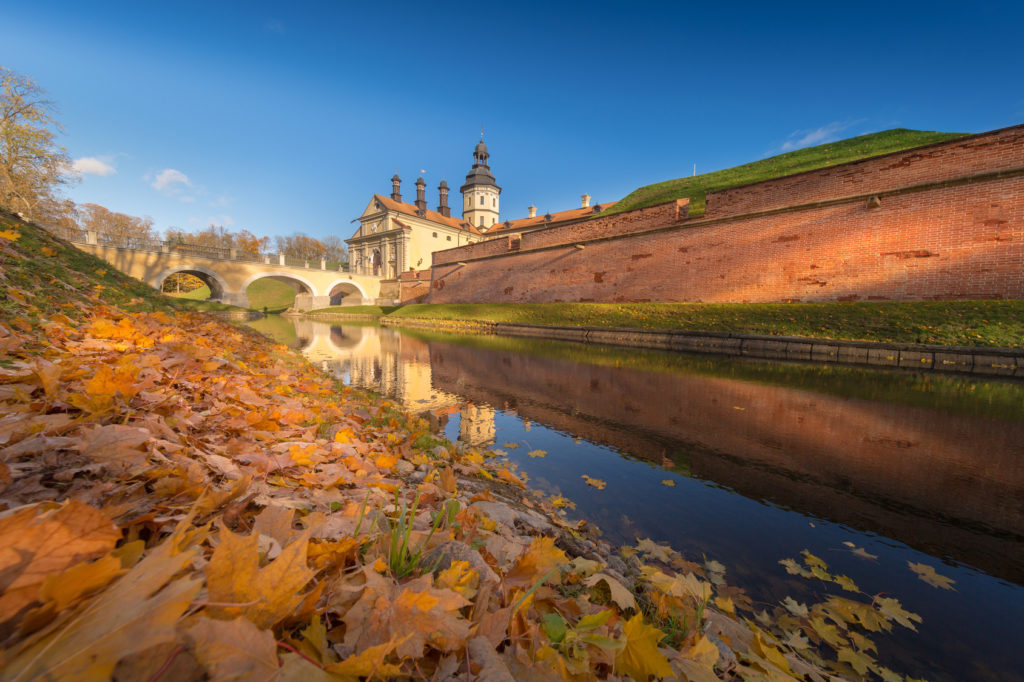 Generally, Belarus has a pleasant climate with temperatures reaching 20°C in July, although it can be humid at times. Winters are colder with temperatures dipping to -5°C. The further north you go, the harsher the climate in winter. If you don’t mind the heat, summer is the best time to visit, but if you are planning to do some hiking, the temperatures in autumn are more conducive. 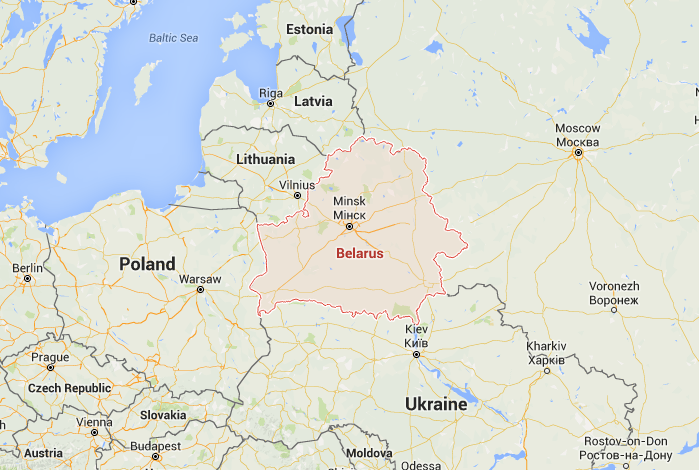 There are four main airports in Belarus; Minsk National Airport, Gomel Airport, Hrodna Airport, and Brest Airport. Vueling Airlines, Air France, Austrian Airlines and Turkish Airlines are among others that fly direct to Belarus, with most flying to the largest airport in Minsk. The flight takes around 6 ½ hours from the UK and, regardless of which airport you fly into, you can count on Shuttle Direct to be there to meet you and transfer you to your final destination.

Train travel to Belarus is comfortable and straightforward, although you do need to allow for two days travel. The best way to go is via Paris, from where you take the Paris-Moscow Express direct to Minsk. You need to allow for a 2-hour change over in Paris in case you are delayed. Book your onward travel to your accommodation in advance, and on arrival into Minsk rail station one of the team at Shuttled Direct can be there to meet you. 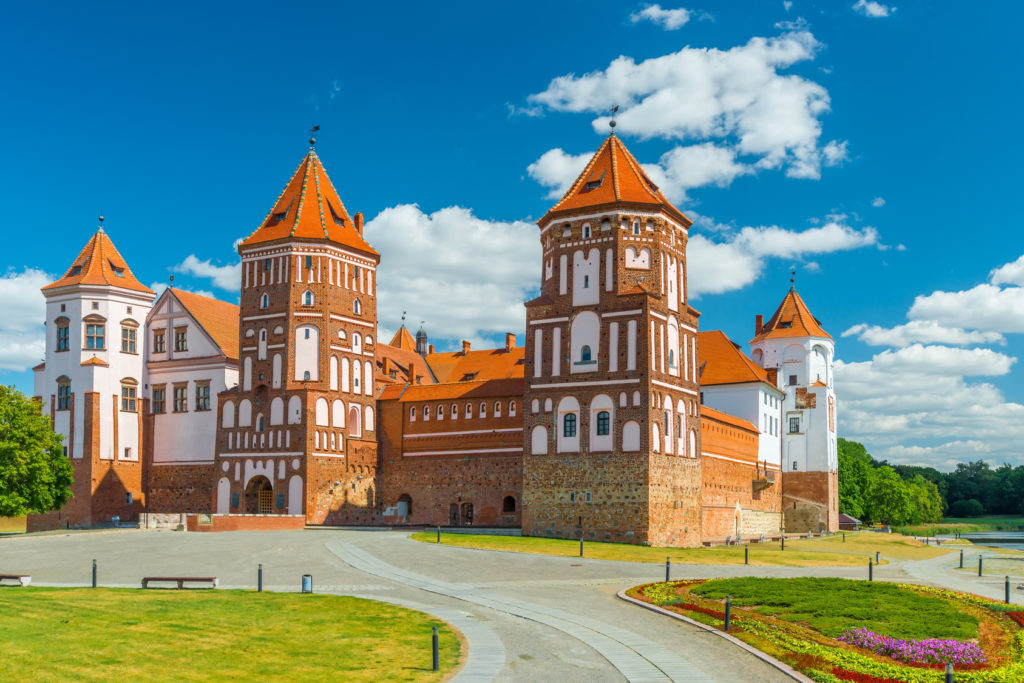 Mir Castle is a 16th century gem that almost looks like it has been taken out of a Disney film. Fabulous grounds and an impressive restoration have made it a wonderful place to visit. Classical music is played on the weekends.

Radziwill Palace Fortress, built in 1583, is located over a causeway between two lakes in Nyascizh. Now fully restored with 30 refurbished rooms open to the public, it’s a great place for a visit, even if you only want to see the room with the hunting trophies.

Shuttle Direct offers low cost transfers to and from airports, cruise ports and train stations all across Belarus, and throughout Europe and North Africa. Pre-book an airport transfer via our secure online booking system, and all your onward travel arrangements can be in place before you leave home.