Previously constrained by communist rule, today the cultural and physical landscape of Czech Republic presents an entirely different face. A country of lush agriculture punctuated by chateaux, palaces and castles, the extent of its rural beauty is often underestimated. From the lush vineyards of Moravia to the medieval architecture of Český Krumlov and České Budějovice – there’s plenty to explore.

Prague is the elegant prize amongst the country’s cultural and architectural wealth. At its heart, the magnificently preserved Baroque, Renaissance and Gothic buildings of the Old Town and the romantic vision of the Charles Bridge spanning the Vltava River are the definitive icons of this graceful city.

Wherever you travel, you’ll feel immersed in a landscape of extraordinary natural beauty, fairytale castles and a history so rich you’ll get the feeling you’ve taken a few steps back in time.

Exploring Prague is a high priority, and just wandering the cobbled streets offers a tangible sense of what lies beneath. Awarded the title of ‘The City of Culture’, it lives up to that, with attractions including the Prague Castle, Malá Strana, with its stunning Baroque buildings, and the magnificent Old Town. 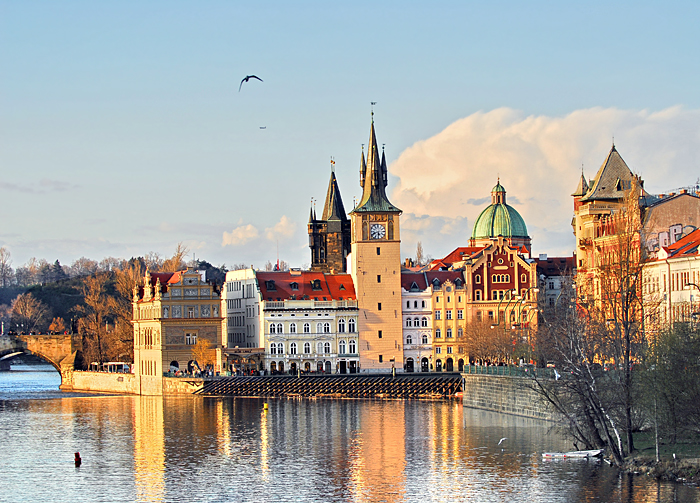 Beyond the capital, the resplendent flat countryside around the UNESCO Biosphere Reserve in Trebon is ideal for hiking and cycling, while, for a different experience, the rolling hills of Cesky Raj are criss-crossed with trails that wind through lush pine forests and medieval ruins.

The cuisine is a fusion of influences from the country’s neighbours: Poland, Germany, Austria and Hungary. As such, the menu is heavily meat based, with lots of stews using pork, beef and duck, often served up with sauerkraut and the stodgy (but delicious) bread dumplings – houskové knedlíky.

Some of the must-try dishes include svíčková na smetaně, a sirloin steak boiled up with cream; utopenci, a piquant pork sausage served in bread; and ovocné knedlíky, the delightfully sweet fruit dumplings. Of course, it would be remiss not to wash it all down with a glass of the famous Czech pivo (beer). 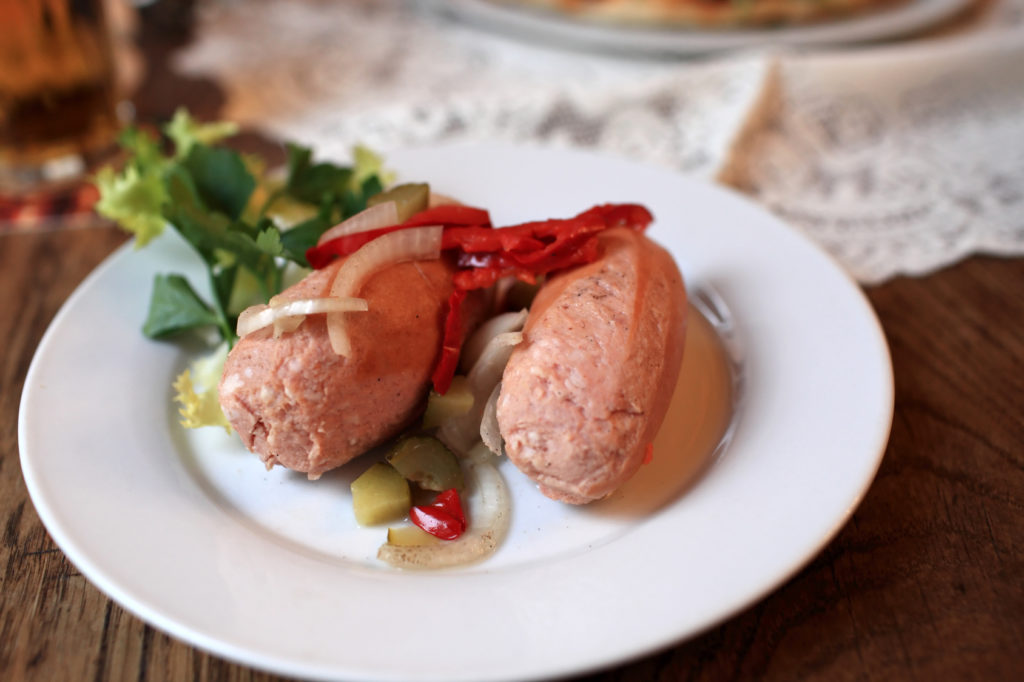 The best time to visit is generally considered to be in late spring or early autumn (May, June, September), when temperatures are at their most pleasant. The hottest time of year is in July and August (also the busiest months in terms of tourists), with temperatures averaging around 18°C, while the coldest month is January, when snowfall is frequent and average temperatures are around -1°C. Autumn is the prettiest time to visit, when the leaves are turning and it’s not yet too cold. 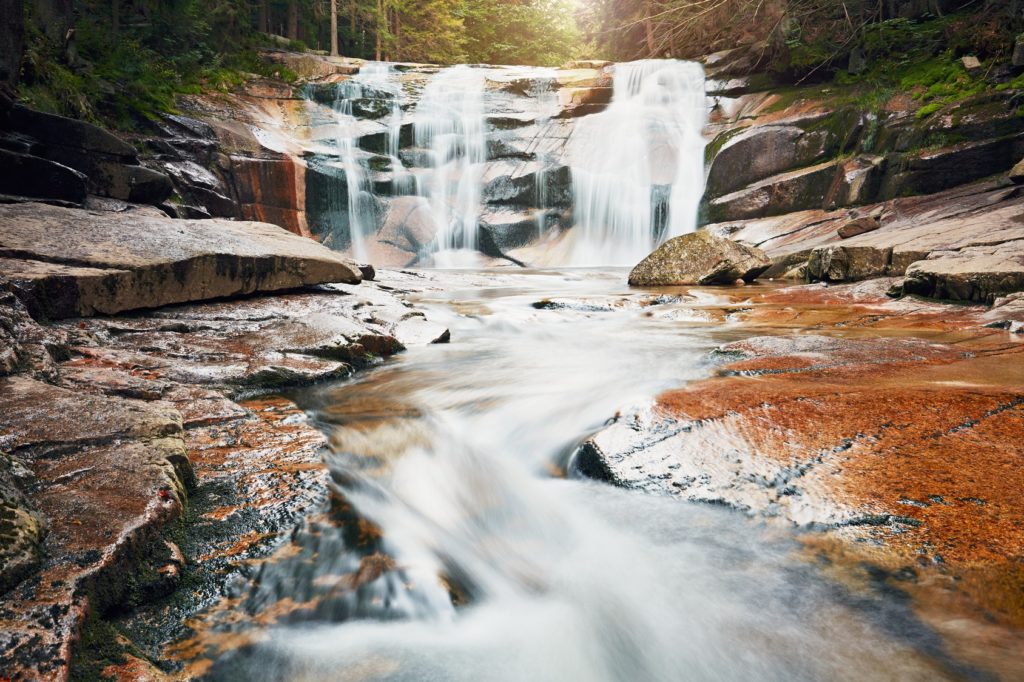 How to Get to the Czech Republic 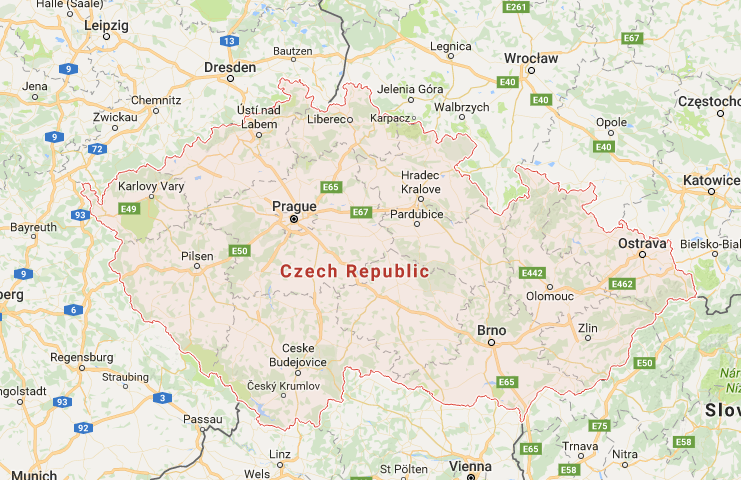 The easiest way to arrive is by air. While there are a number of airports in the country, including Ostrav and Brno, the most common entry point is Prague, with a direct flight time from the UK of around one hour and 50 minutes. Numerous low cost airlines fly to Prague, including British Airways, easyJet and Ryanair, with one-way flights starting from £36.

If you’re looking to experience the romance of train travel, the Eurostar from London connects to high-speed trains to Cologne or Amsterdam, where you will transfer to an overnight sleeper to take you through the picturesque Bohemia countryside to Prague.

Whether you arrive by air or rail, the easiest way to complete the final leg of your journey is with a fixed price transfer from Shuttle Direct. Our friendly drivers can meet you at any airport or train station in the country to transport you directly to your accommodation.

In Prague, once you’ve explored the Old Town, Prague Castle, the Astronomical Clock and the beautiful 14th century Charles Bridge, pay a visit to more unusual site – Sedlec Ossuary, the Church of Bones. And it is…

Czech craft beer is world famous, for good reason. If you want to sample the best in the country, Zly Casy, in Prague, is allegedly the Holy Grail for beer drinkers.

One of the country’s most revered and iconic religious monuments, St Peter’s Cathedral, which presides over the ancient city of Brno, is also one of the most breathtaking examples of Baroque architecture in Europe. 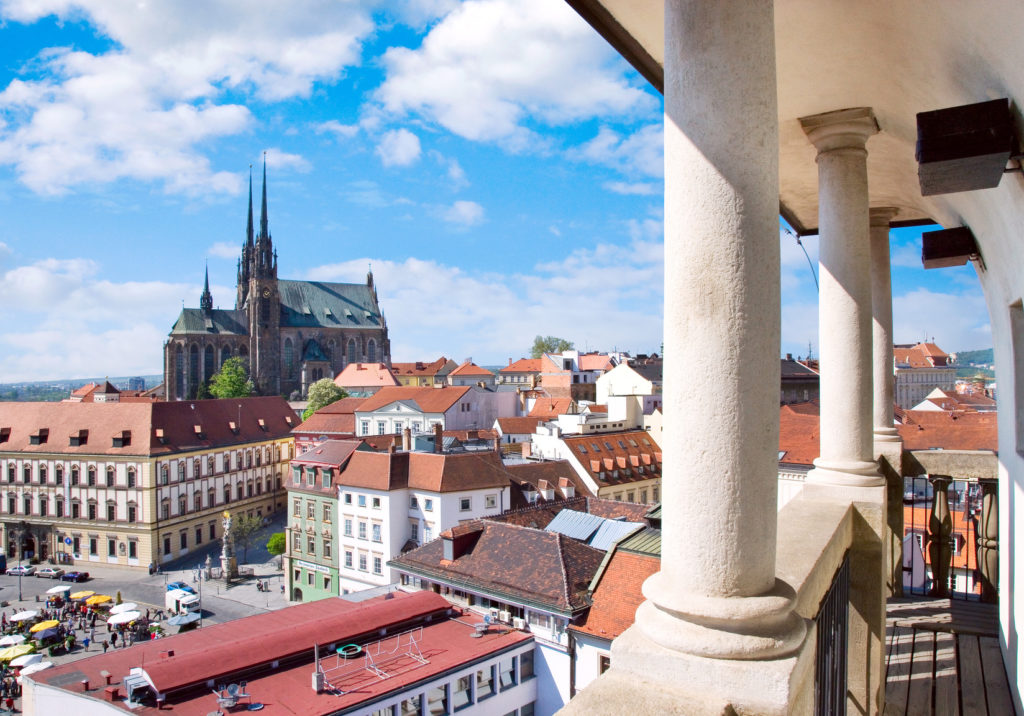 For fast, friendly and convenient transfers anywhere in Europe and North Africa, Shuttle Direct offers the most extensive range of shared and private services from airports and train stations to your choice of destination. Wherever your travels take you in the Czech Republic, our fixed price shuttle services can be pre-booked online to ensure all your travel arrangements are set in place before you leave home.