Germany’s elegant capital, Berlin, reveals a creative, liberal city at the helm of a country that’s overcome a turbulent history to become one of the most exciting and accessible destinations in Europe. Other major cities like Munich, Frankfurt, Cologne and Hamburg hum with a palpable undertone of art and culture, while the bucolic charm of Bavaria, the Rhine Valley and the Black Forest provides an enchanting tip of the scales.

In Berlin you can stand under the shadow of the Brandenburg Gate, where history was made just a few decades ago, and experience the cool, creative vibe of this once-divided city that now serves as a benchmark of unity. The 175 museums are the shop fronts of a city that’s undeniably open for cultural business.
In the picturesque wine growing regions of the Rhine Valley, the patchwork of rural landscapes tumble down to the banks of the longest waterway in Western Europe. Cruise along the water borne spine of this spectacular region and take in the scenery – with a local Riesling or Moselle in hand, naturally. 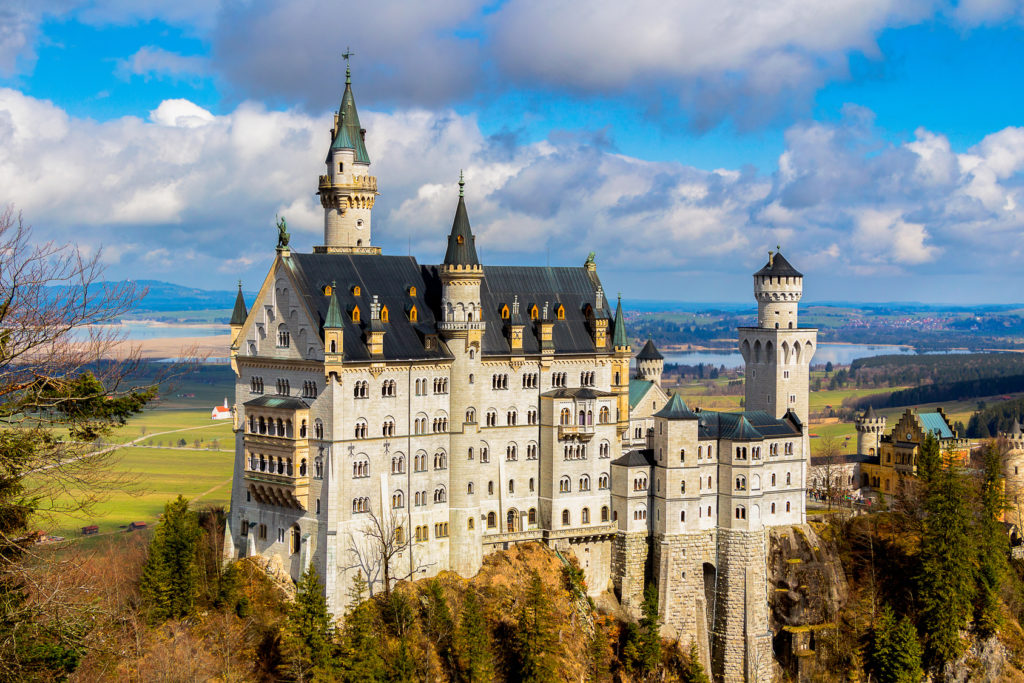 Neuschwanstein is straight out of the narrative of a children’s book, the whimsical silhouette of the iconic castle setting the model for all self-respecting fairy tales to follow. (Which they did!) Germany’s countryside is studded with castles from a number of different eras, but none so impressive as this.

The renown of the Black Forest is thoroughly vindicated by its breathtaking beauty. Adjoining the southwest border of France, this diverse landscape encompasses crystal clear lakes, icy mountain streams and endless groves of lush, verdant pines.

The country’s gastronomic reputation is characterised by hearty, wholesome fare, top heavy with rich stews and sugary strudels. But over the centuries, international influences from Turkey, Greece, Italy and the Balkans have all left their mark on the menu and traditional dishes are infused with delicate herb flavours like juniper, laurel and thyme. 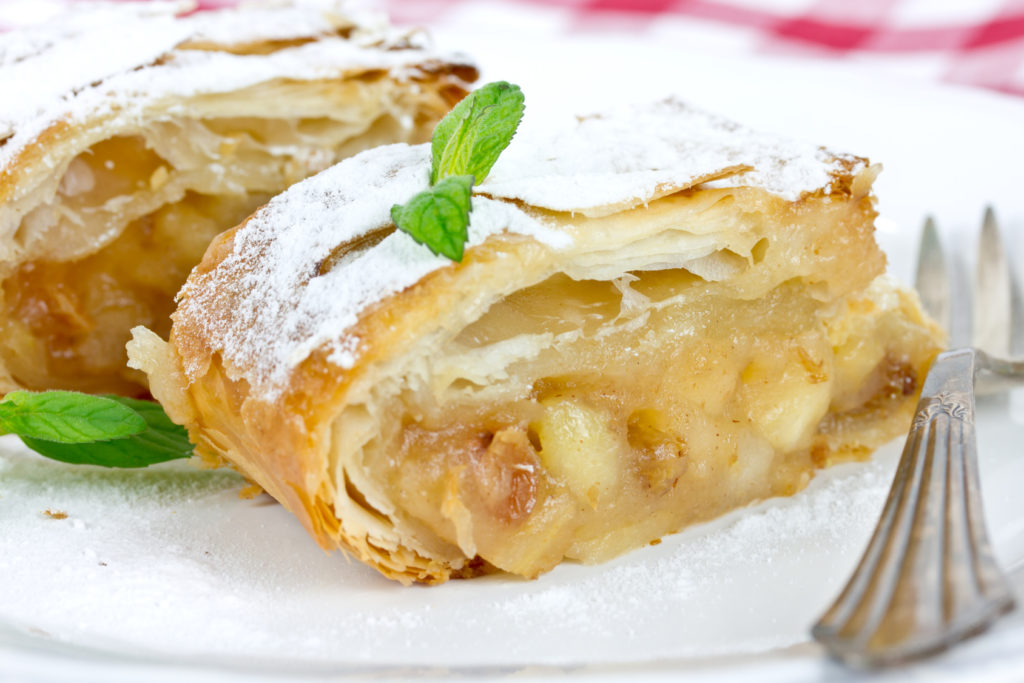 Top of the list and not to be missed is the flaky deliciousness of the famous Apfelstrudel. The delicious one-pot meat and vegetable stew Eintopf is a regional favourite, as is the Kasespatzle, a stodgy noodle and cheese dish and, of course, a choice of over 1500 varieties of Wurst (sausage).

Sauerbraten is regarded as the national dish, and this flavoursome pickled roast traditionally comprised several different meats, including horse. (Although you won’t find that today.)

The best months to visit are May, September and October, when temperatures are mild and there’s less chance of rain. While the summer months between June and August are the warmest (from around 22°C-35°C), that’s also when the most rainfall occurs. 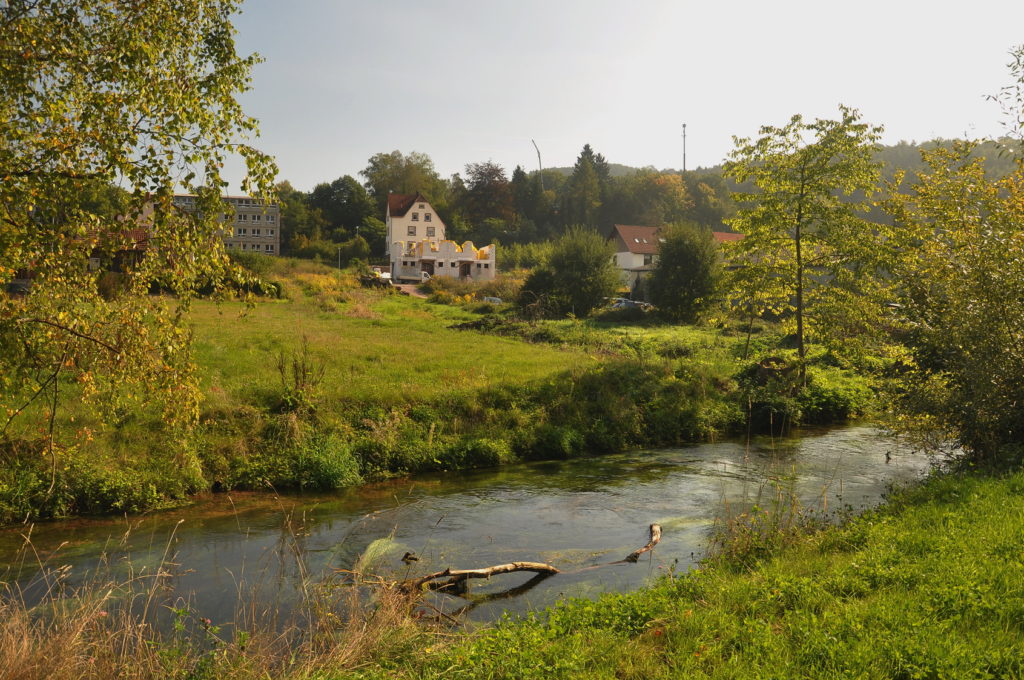 For those coming to ski in the Alps, the season is from mid December to the end of March, when average temperatures can range from -10- 3°C in January. The geography of the country means there’s a good deal of diversity between the mild wine-growing regions of the southwest and the colder eastern areas.

How to Get to Germany from the UK 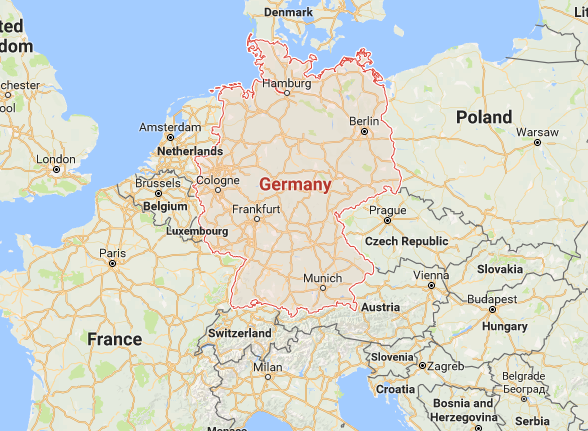 Germany has a choice of international airports to fly into from the UK or the rest of Europe, including Munich, Berlin and Frankfurt. Major airlines, including British Airways, easyJet and Ryanair operate regular scheduled routes from London, Manchester and other UK cities. Flight time is around an hour and 45 minutes, and the best way to complete the onward journey is on a convenient airport transfer with Shuttle Direct.

For those travelling by train, Eurostar from London to Brussels takes under two hours, with fast connections to any one of 12 cities in Germany, including Munich, Cologne, Hamburg, Berlin, Düsseldorf and Frankfurt.

Germany also has several cruise ports, including Cologne and Hamburg, and a pre-booked transfer with Shuttle Direct can get you from any train station or cruise port direct to your accommodation.

Kölner Dom, in Cologne, is one of the most recognisable landmarks in Europe. The exquisite silhouette of the cathedral’s twin spires and flying buttresses is monumental in scale, and this marvel of architecture and engineering is one of a kind. 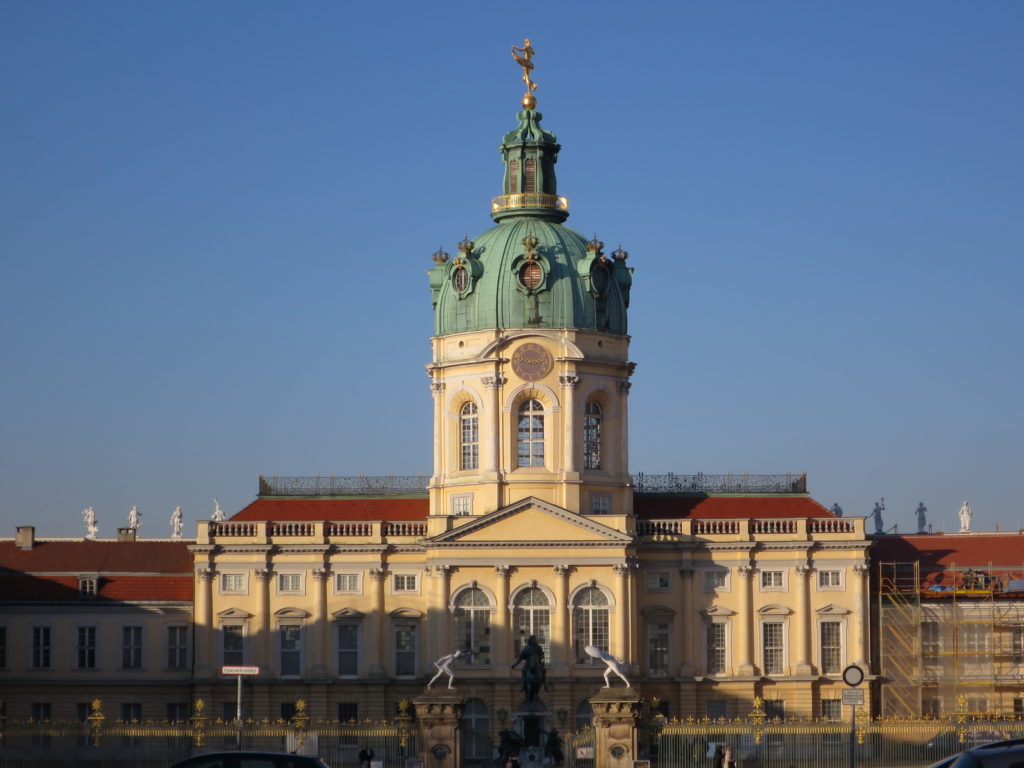 The Baroque splendor of Schloss Charlottenburg, in Berlin, brings the grandeur of the Hohenzollern ruling clan into the present day, replete with a cache of 18th century French masterpieces, priceless porcelains and gilded interiors.

Gedenkstätte Bergen-Belsen poignantly serves as a sensitive reminder of the atrocities of Nazi Germany. Over 70,000 POWs perished here (including Anne Frank), and this is one of the most evocative and important sites in the country.

Shuttle Direct is the most respected operator of convenient, affordable transfers from airports, train stations and cruise ports across Germany and throughout the rest of Europe and North Africa. Book your airport transfers with Shuttle Direct’s secure online system and you’ll enjoy the peace of mind of confirmed onward travel arrangements before you leave.