The intriguing little country of San Marino is the world’s oldest sovereign state as well as the oldest republic. Its history is complex and the fact that it still exists as an independent country is somewhat of a mystery – but exist it does! The majority of its visitors choose to stay in the Città di San Marino, a medieval town holding UNESCO status.

Situated on Mount Titano, San Marino was founded in 4BC. As one would imagine, its historic centre is almost an open-air museum, made all the more easy to explore because of its pedestrianised streets. The narrow alleyways and tiny roads wind in and around charming squares and delightful churches, including the Piazza della Libertà, the Basilica of the Saint Patron Marino and the First Tower. 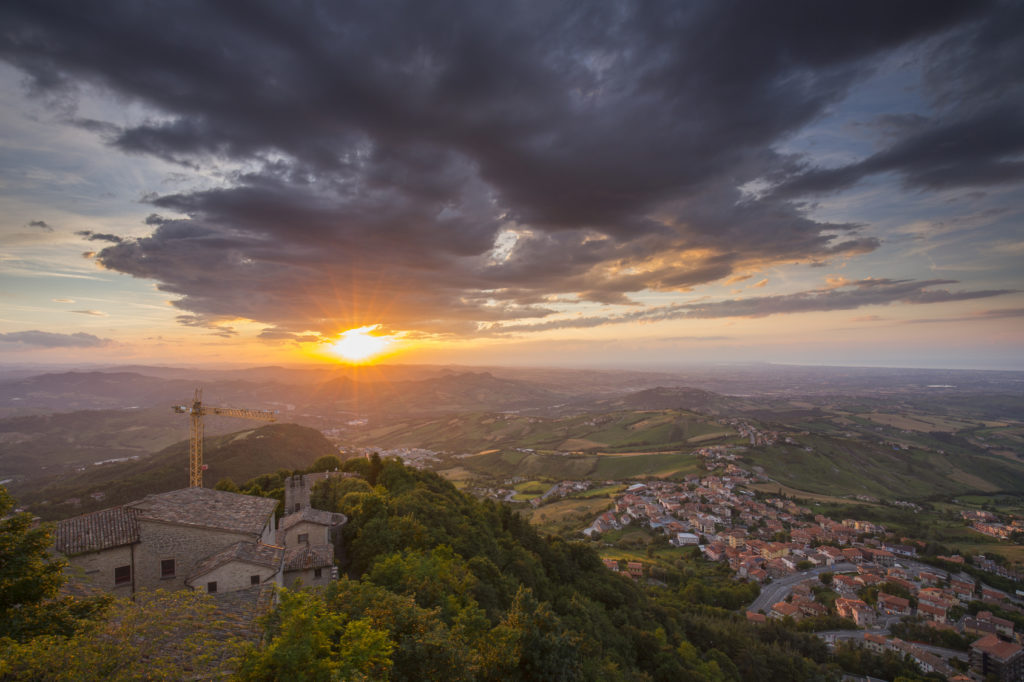 It isn’t all about antiquity and history, however, and the modern boutiques that have sprung up in recent years are a haven for anyone who loves to shop, especially as they are tax free!

San Marino’s cuisine is very similar to Italian fare, but just as in regions throughout Italy, this tiny republic has a few traditional dishes of its own. Visitors should definitely try the local ragú, which is a take on the traditional Bolognese from Bologna close by. Other specialities include passatelli, which is pasta made from breadcrumbs and served in a chicken broth, as well as coniglio con finocchio, roast rabbit with fennel. Nidi di rondine, a baked pasta dish made with smoked ham, beef and cheese, is another favourite. 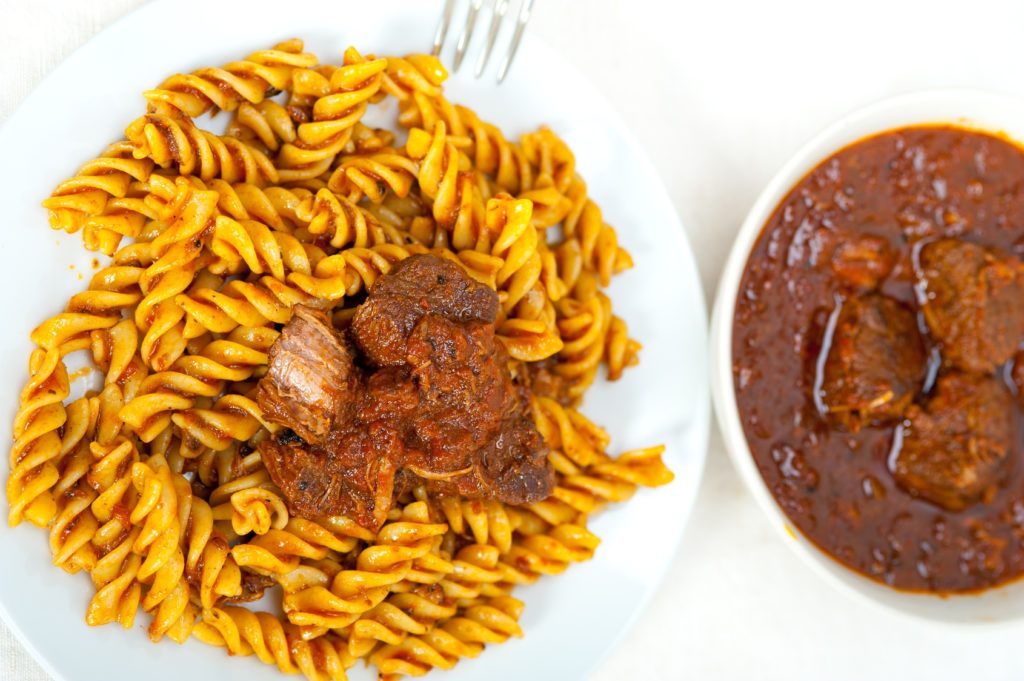 For those who love a dessert, the cacciatello, a kind of crème caramel, will not disappoint. Finish your meal with a tilus, the truffle flavoured liquor, and you will have tasted a true San Marino delight! 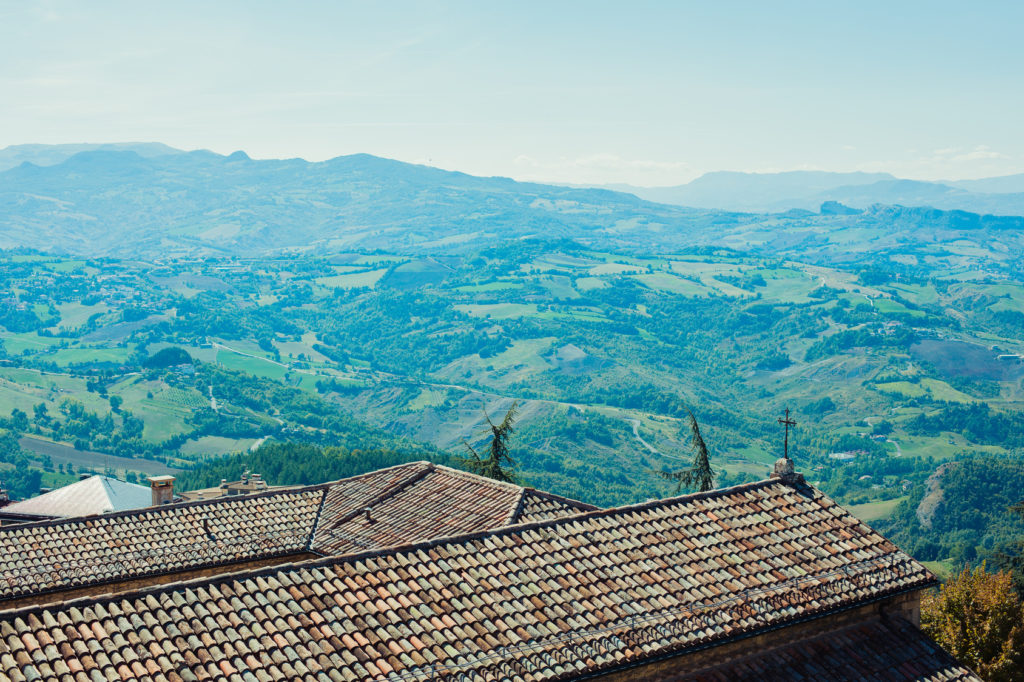 Because of its location, San Marino tends to see some rain most months, although the majority falls in April, September, October and November. The hottest months are July and August when temperatures soar to 30°C, making it a popular time to visit. Winters are much colder and can be as chilly as 7°C.

How to Get to San Marino from the UK 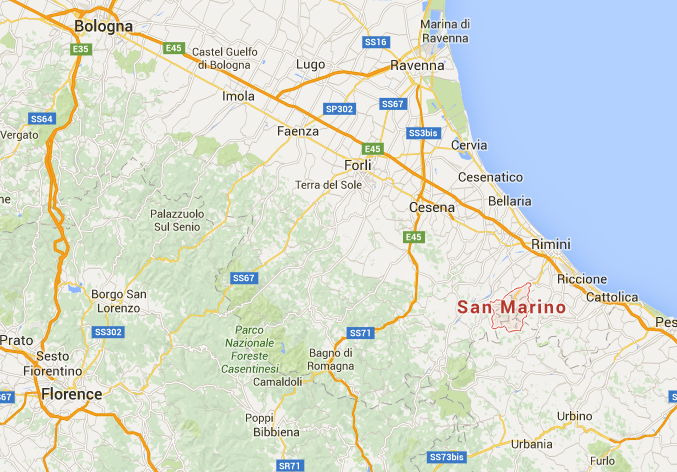 Located in the centre of Italy, you can only get to San Marino by road, so anyone flying in will probably arrive in Rimini-San Marino, Forlì, Bologna or Ancona Airport, all of which are well served by flights from several major European countries. From London, British Airways, Ryanair and easyJet fly to Bologna, with Ryanair also flying to Ancona. Bravofly fly to Forlì.

From any of these airports, Shuttle Direct can take you straight to your final destination in San Marino.

Rimini has a railway station, from where Shuttle Direct can be on hand to collect you if you arrive by train. Rimini is connected to several other major railway stations in Italy, so travelling by train is straightforward.

Buses travel between Rimini and San Marino and of course, Shuttle Direct can collect you from San Marino bus station for the last leg of your journey to your hotel. 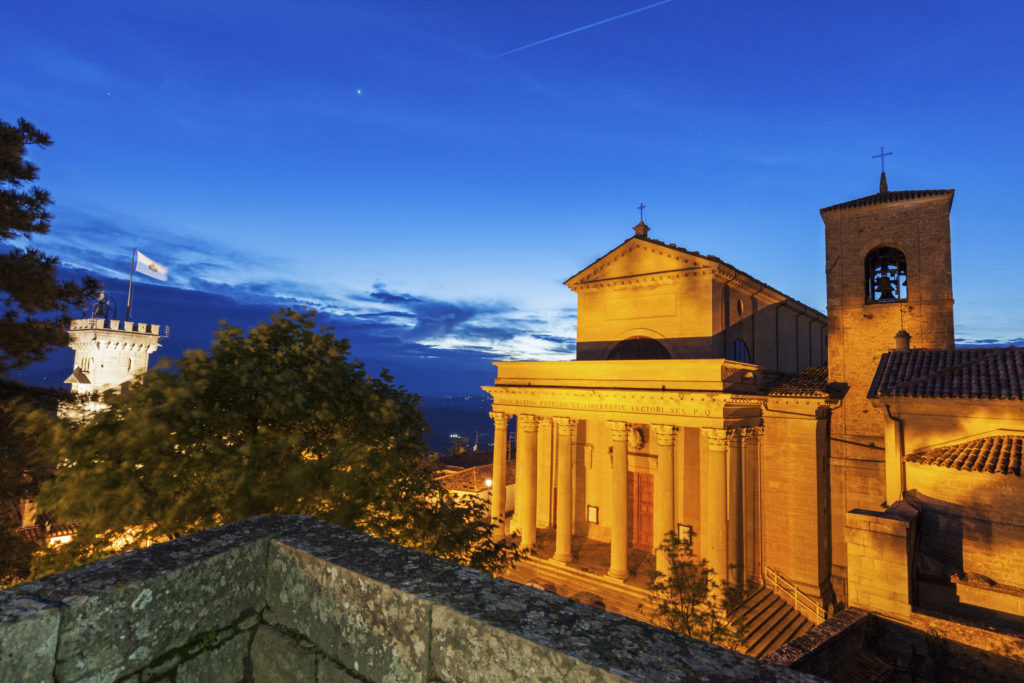 The Basilica di San Marino is a 19th century church built on the site of a much older original. Boasting neo-classical features and Corinthian columns, the church houses the relics of Saint Marino, the founder of the republic.

The Museum of Emigration is a unique place to visit. Full of information, the museum takes you on a journey through the history of the movement of the country’s people. Pictures as well as text and other historical records are used to bring the stories to life.

Get Outdoors in San Marino and you will be impressed. The countryside is made up of pine forests, fields and waterways. Many people come to enjoy the fishing or simply to explore on foot. The Adriatic is only 10km away, so you can relax on the beaches too.

Shuttle Direct offers low cost transfers to and from airports, cruise ports and train stations in San Marino, and throughout Europe and North Africa. Pre-book an airport transfer via our secure online booking system, and all your onward travel arrangements can be in place before you leave home.