Located right in the south of Italy, the historic port of Crotone has a colourful history dating back to 710 BC when it was founded by the ancient Greeks. It is one of the oldest Greek colonies in a region filled with reminders of the Magna Grecia period, not only in terms of its architecture but also in its culture and cuisine. Indeed the Greeks were responsible for establishing vineyards and olive groves in the region, traditions which have stood the test of time considering the exceptional quality of locally produced olive oil and Cirò wines.

As well as enjoying a few hours wandering around the charming streets of Crotone itself some cruise ship passengers might like to head out of town to visit other attractions within the Province of Crotone. Highlights include the ancient Greek ruins at Capo Colonna, the island-fortress of Le Castella and the beautiful hilltop town of Santa Severina. Alternatively, the lovely local beaches with attractive cafés bars serving delicious regional seafood dishes hold a strong appeal for visitors looking to simply relax and enjoy the atmosphere of this truly Italian port of call. 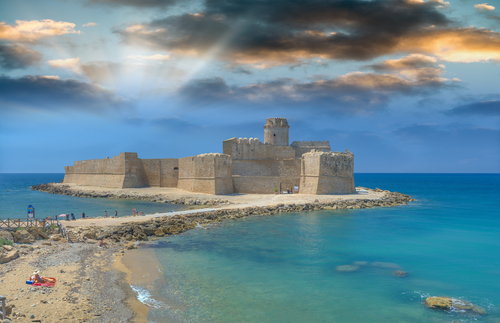 As your ship sails through the Ionian Sea on its approach to the Port of Crotone you’ll be able to spot the protective walls of the Castle of Charles V in the distance. Thanks to the low volume of cruise ship visitors the majority of vessels will dock in the Banchina di Riva from where visitors can easily walk into the historic centre (Centro Storico) of Crotone. No additional transport is required to see the local attractions although shore excursions may be made available by cruise lines for trips out to nearby destinations within the Province of Crotone. Local taxis are an alternative way to arrange independent shore excursions.

As well as serving as a port of call for cruise ships there are a number of yacht charter companies operating out of the marina in Crotone. Passengers flying into Italy to join up with their vessels will notice that there is an airport just 15km south of the city but it only deals with a small number of seasonal, domestic flights. More convenient is the Lamezia Terme Airport which lies approximately 100km west of Crotone. This airport attracts many domestic and international services during the summer months and is serviced by Shuttledirect who provide private transfers to the Port of Crotone.

Walking into the city from your ship simply head for the imposing Castello di Carlo V (Piazza Castello, 33) which overlooks the Old Town from its privileged location. The interior barracks of this formidable 16th century structure are now home to the city’s Civic Museum. Just south of the castle is the Museo Archeologico Nazionale: (Via Risorgimento, 10) which is the city’s impressive archaeological museum where many artefacts discovered locally from the ancient Greek colony of Kroton are on display.

Insider Tip: The perfect meeting point for cruise ship passengers in the Centro Storico is Piazza Pitagora which translates into English as Pythagoras Square. It is named after every student’s favourite (or loathed) mathematician, Pythagoras, who founded his school of natural philosophy in Crotone in 530 BC. The nearby Trattoria A Ra Gghjazza (Piazza Vittoria, 25) is highly recommended as an informal venue for lunch where you can enjoy typical Calabrian cuisine at its best. Be sure to sample a glass of the local Cirò wine which has been produced in the region since the ancient Greeks settled here. 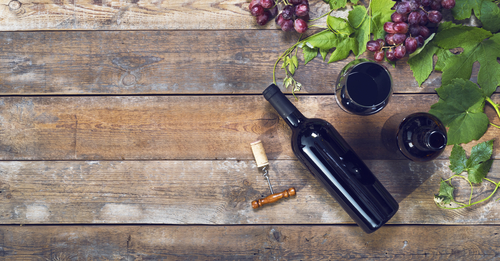 Probably the highlight of Crotone’s religious buildings is the 9th century Santa Maria Assunta e San Dionigi l’Areopagita. Visitors should look out for the cathedral’s Black Madonna which is believed to have been brought here from the East during the early days of Christianity.

There are a number of interesting tourist attractions located beyond the city limits which are well worth making the effort to see. Closest by is the Capo Colonna which lies just 12km along the coast to the south-east from the Port of Crotone. This small promontory with magnificent sea views is home to a 5th century Greek column which is the centrepiece of what has been transformed into an archaeological park. Whilst few ruins are on display in an area undergoing constant excavation, there’s an interesting museum housing a selection of items found from the Magna Grecia period. 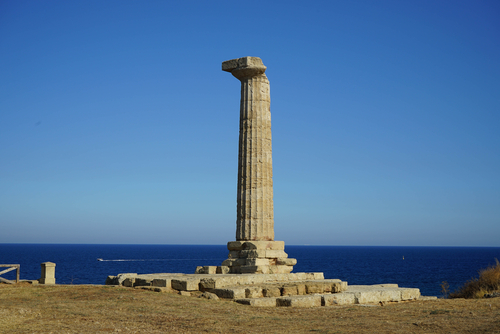 A little further afield is Le Castella which lies 30km south of Crotone. The origins of this castle-fortress which stands on a small island accessible only on foot have been traced back to 204 BC although the Aragonese were largely responsible for the substantial structure we see today.

Driving 30km north-west from the cruise port through the Neto Valley introduces passengers to the splendid scenery of rural Calabria before arriving in the hilltop town of Santa Severina. This delightful destination is generally considered to be one of the country’s most attractive towns which is home to the remains of an 11th century Norman castle and a beautiful cathedral.