Thanks to its almost permanent sunshine, warm temperatures and inviting seas, the Canary Islands are a popular holiday destination for those looking for year-round sun.

But this cluster of picturesque islands, lying off the coast of North Africa, has much more to offer than just the bustling beaches of its famous holiday hotspots. With stunning mountainous landscapes, a rich cultural history and crystal clear waters to explore, there is something for everyone in this sub-tropical archipelago. 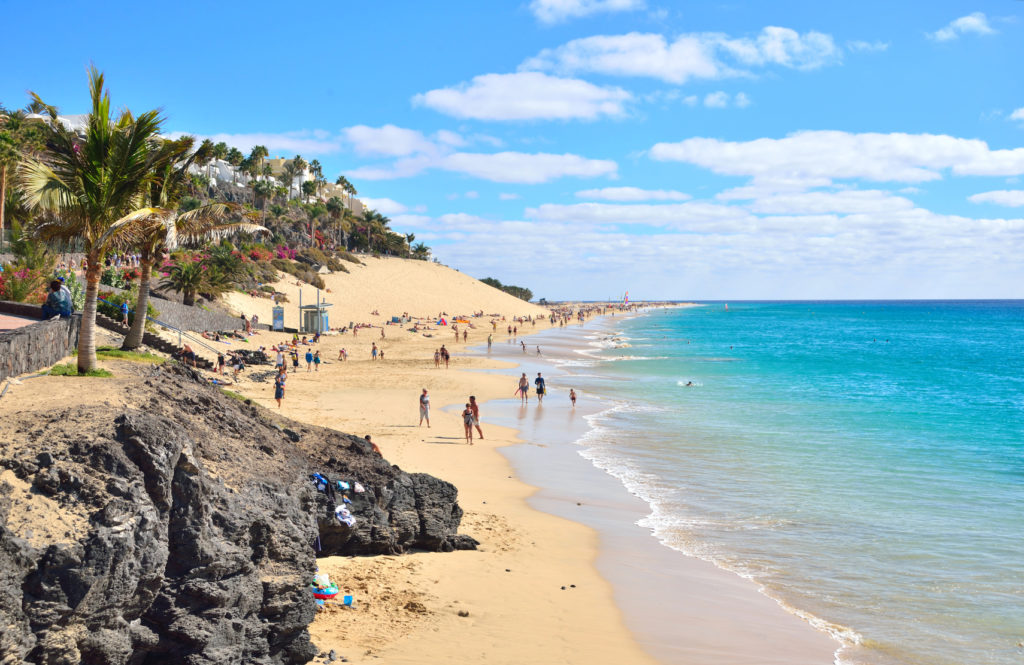 Those who come to the islands for a combination of partying and sunbathing will not be disappointed by the beaches and nightlife of the major resorts. But those who are looking for something a little more sedate or secluded may be surprised to discover themselves just as well catered for.

The perfect, year-round spring-like temperatures make this a great place to go outdoors. As a result, climbing, hiking and mountain biking through the varied and dramatic landscapes of the different islands is a popular pastime in the Canaries, as are a wide variety of watersports.

There’s also plenty for culture-vultures to explore, from the beautiful traditional Canarian and colonial architecture to examples of contemporary modern art.

The furthest west of the islands, El Hierro is a quiet natural haven designated as a UNESCO Biosphere Reserve. With its rocky coastline, volcanic landscape and extensive woodland, it is the ideal island for nature lovers and holidaymakers looking to get away from the crowds. 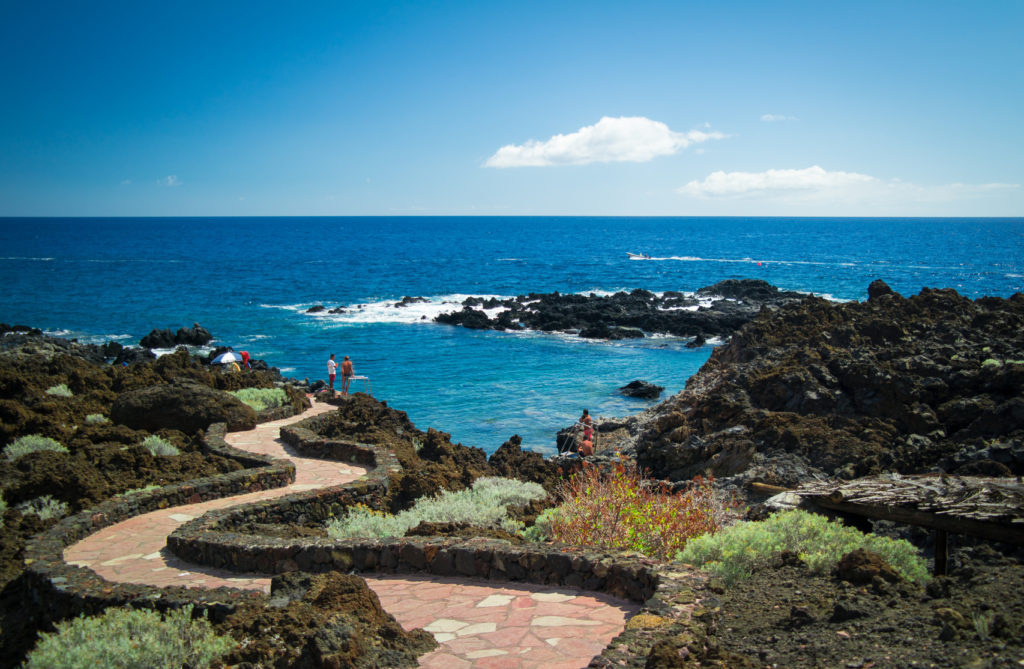 A great destination for surfers and other watersport enthusiasts, Fuerteventura offers stunning long sandy beaches just off the coast of North Africa.

Gran Canaria is sometimes known as the ‘small continent’ thanks to its widely varying microclimates. Tourists can lie on the beach in the sun and gaze inland at the snow-capped mountains of the island’s interior.

Much of the mountainous centre of La Gomera is now a National Park perfect for hiking and discovering more about the island’s wonderful wildlife. The pretty coves, fishing villages and sandy beaches around its coast make this an ideal holiday location. 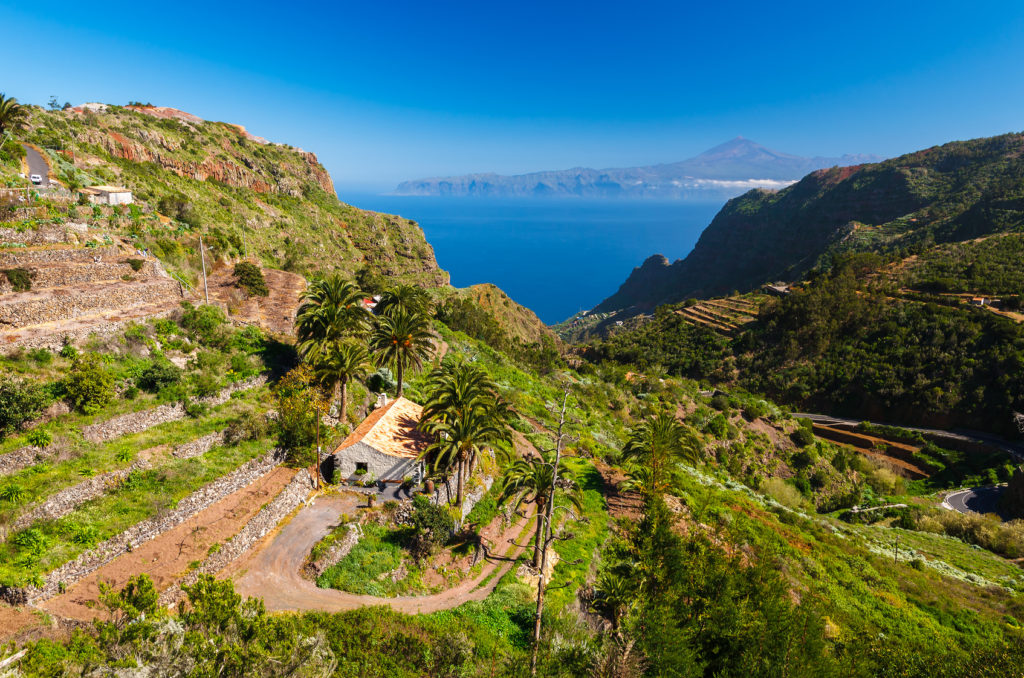 With its lunar landscape shaped by volcanic activity, Lanzarote has an ‘other worldly’ quality to it, making it a stunning place to explore. There are also plenty of beautiful beaches, some quiet and remote and others offering a bustling range of activities and watersports.

A vast volcanic crater lies at the heart of the popular holiday island of La Palma. A combination of National Parks and volcanic, mountainous landscape make this a hiker’s paradise, although many simply come to relax on its beautiful beaches. 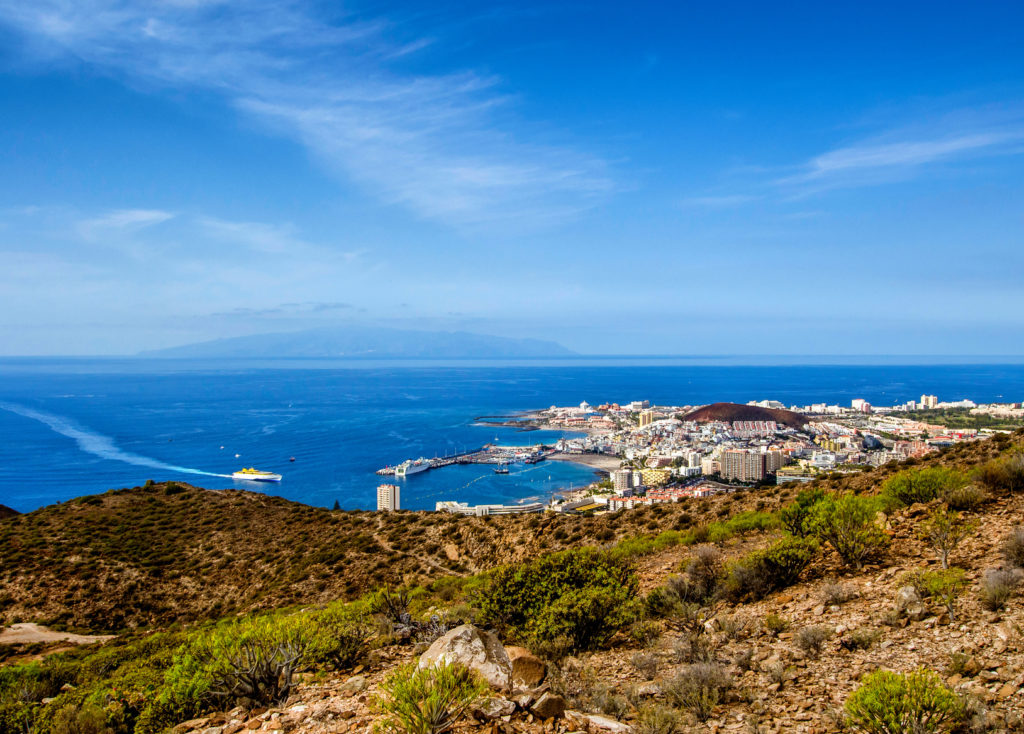 There is so much to do across the varied islands of the Canary Islands that it’s worth thinking carefully about what kind of holiday you want before choosing your destination.

If you’re looking to soak up some of that year-round sunshine on a beach holiday and you want something with a bustling lively vibe then consider Tenerife’s Playa de Las Américas. The promenade along the sandy beach is lined with bars, restaurants and shops and there’s always something going on to keep the whole family entertained.

Those who want a slightly more cultural Canary-Islands-getaway should visit the Gran Canaria capital of Las Palmas. With an eclectic cultural identity – part Spanish, part North African – this bustling, busy port offers a genuine Canarian experience. The city’s oldest quarter, Vegueta, is both architecturally fascinating and super chic with its upscale boutiques, restaurants and bars. 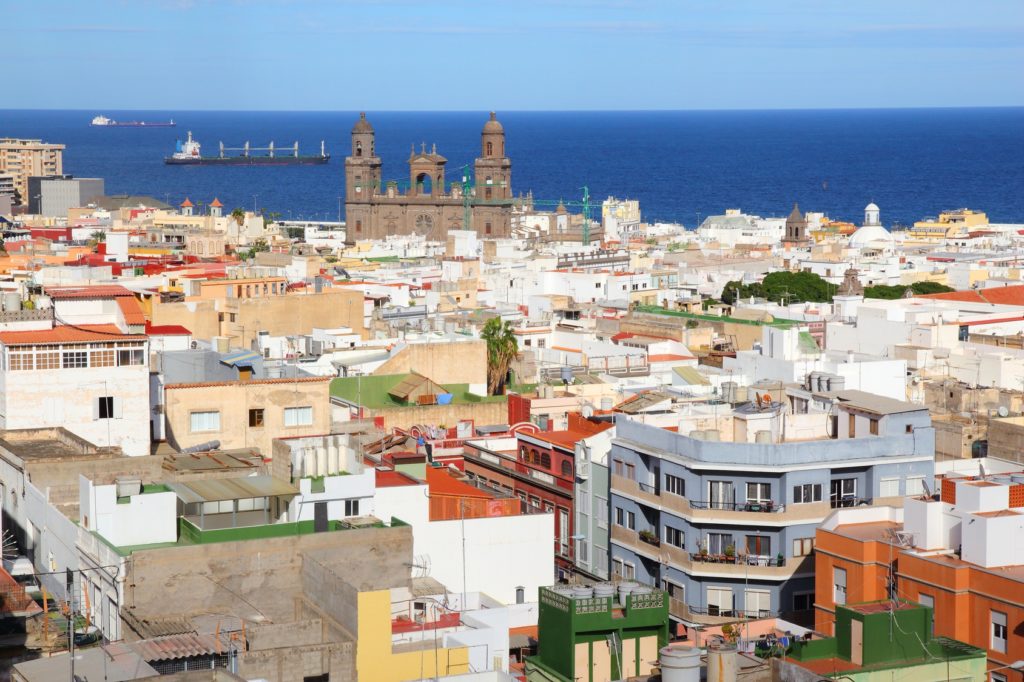 If, however, you’re drawn to the Canary Islands by the eerie beauty of its volcanic landscape, make sure you take the time to explore the mountain peak of El Teide in Tenerife. Those who like a challenge will find hiking trails leading to the top, and for the truly adventurous there is also climbing. For everyone else there is a cable car which will transport you up the 1200m in just eight minutes. From the peak you can enjoy stunning views across the island’s volcanic National Park and beyond to the neighbouring islands of La Gomera, La Palma and El Hierro.

A delicious combination of Spanish and European influences combine with the spices and flavours of North Africa to create the cuisine of the Canary Islands. Don’t expect the food to be the same across the entire region, however, as each of the islands has given a twist of its own to the traditional cuisine.

Make sure you try mojo picón while you’re there, a hot sauce made of oil, garlic, chilli and paprika which the Canarians like to add to everything. Another ‘must’ is the traditional gofio, a cornbread said to have been first created by the Guanches, the islands’ original inhabitants. 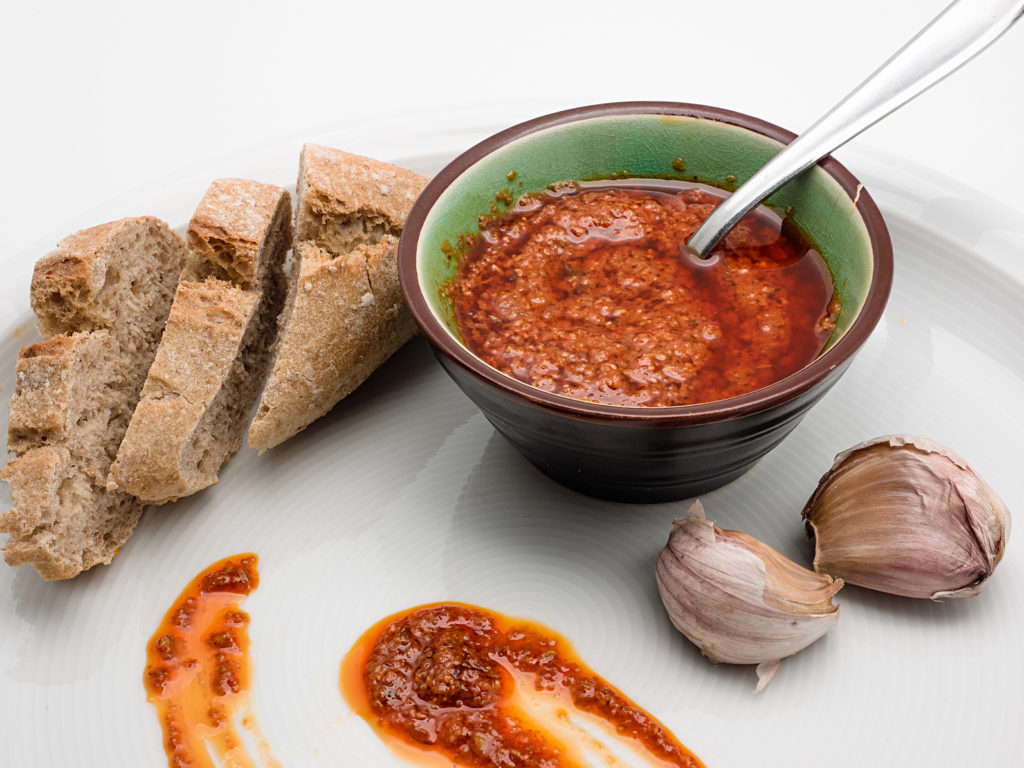 Along with the delicious food, the volcanic soil and perfect climate of the Canary Islands there is a strong winemaking tradition in the region, so be sure to try some of the excellent local wines. 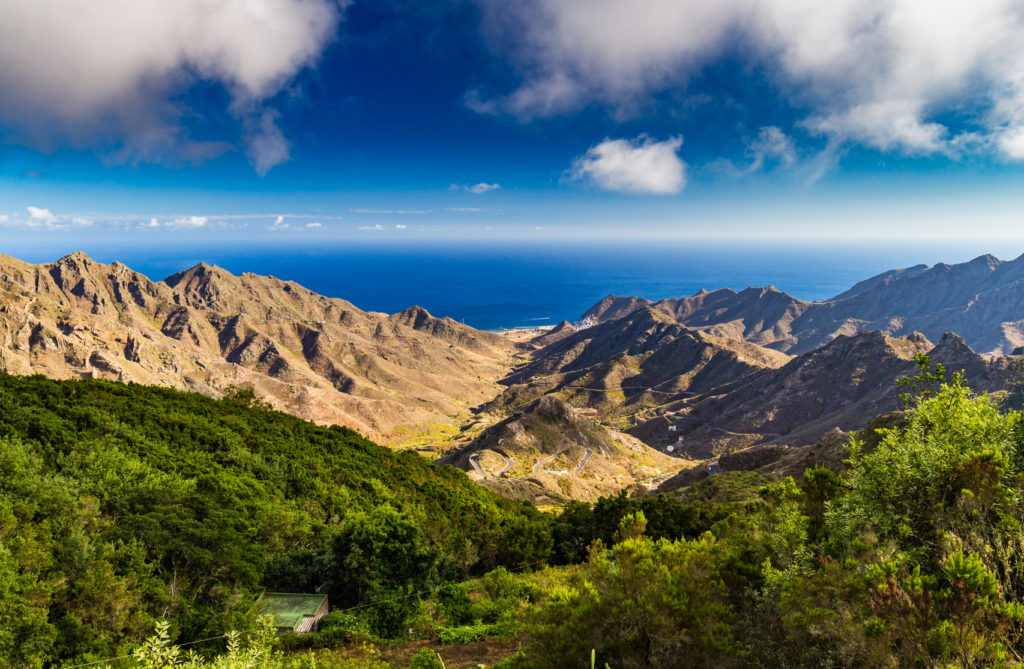 Often referred to as the ‘islands of eternal spring’, the mild winters and warm summers mean that the temperature rarely falls below 17ºC or rises above 24ºC. Add to this the fact the islands are the sunniest part of Europe with over 3,000 hours of sunlight a year, and you can understand why the Canary Islands have always been a popular European holiday destination.

Each of the islands is served by its own airport (Tenerife has two), most of which offer direct flights from the major UK airports, so getting to exactly where you want to go in the Canary Islands is never difficult.

From each of these airports it is possible to arrange an airport transfer with Shuttle Direct to take you directly to your hotel. Book in advance and you can be guaranteed that a friendly driver will be waiting for you when your flight arrives. You can choose from a selection of transfer options including group minibus pick-ups or luxury private transfers.