With a beautiful Old Town, stunning cathedral and engaging museums, it’s easy to see why Gdańsk has enjoyed such attention from discerning holidaymakers in recent years. A successful post-war reconstruction has reinvigorated this Baltic city, and it’s not an overstatement to say that it surely ranks alongside Bilbao, Liverpool and Marseille when it comes to port cities that have cut a dash on the European cultural scene in the past decade. With this guide to one of Poland’s most fascinating destinations, you’ll get to sample the spirit of this distinctive city and discover its many cultural gems.

Allegedly the largest brick church in the world (its cavernous interior has a capacity of up to 25,000), St Mary’s Church is an excellent place to begin an exploration of the city. Construction on this icon of Gdańsk began in 1343 and culminated in 1502. Aside from containing a number of notable works of art – including a copy of Memling’s The Last Judgement – St Mary’s is perhaps most intriguing for its giant astronomical clock, made in 1464.

Once you’ve managed to get to grips with its sheer size, you’ll start to notice its intricate dials, one of which shows the position of the sun and moon relative to the signs of the zodiac while another has the slightly more mundane function of showing the time and date. The 78 metre-high church tower is also well worth ascending (all 405 steps of it!) for a viewing platform which allows you to savour the entrancing sweep of city and sea. 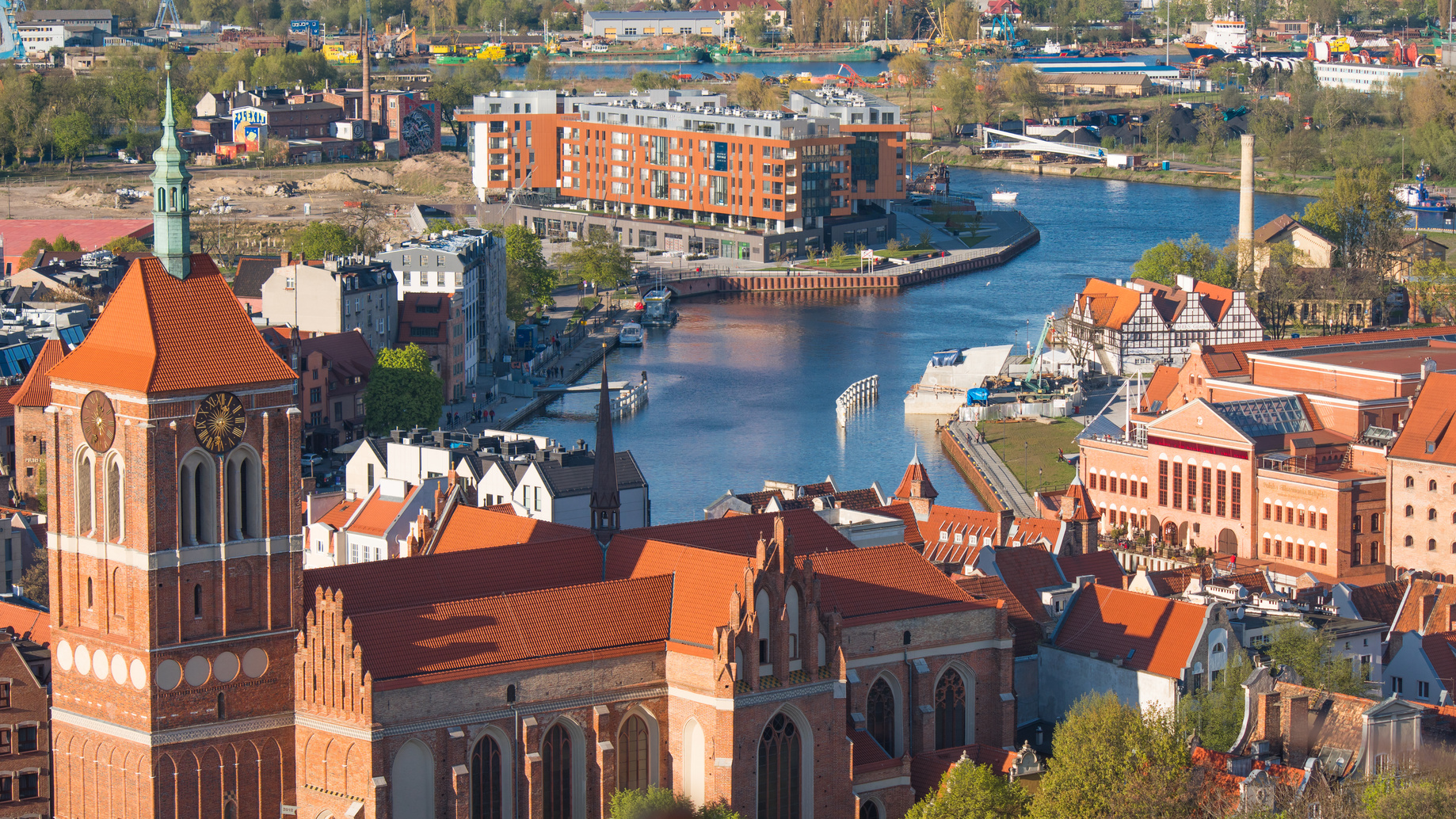 A fine array of Polish and international art and crafts can be found at the National Museum’s Department of Early Art, including late medieval textiles from across Europe, woodcarvings and a renowned collection of Renaissance Dutch and Flemish paintings. Amassed through donations from city burghers and craft guilds since the museum’s foundation in 1872, the collection is housed in a former Franciscan monastery which, like so many of Gdansk’s historic buildings, was damaged during World War II but thankfully restored.

For a taste of the crafts that have been historically produced in the region, make sure you see the wonderfully elaborate Danzig wardrobes, which have long been popular throughout the country. 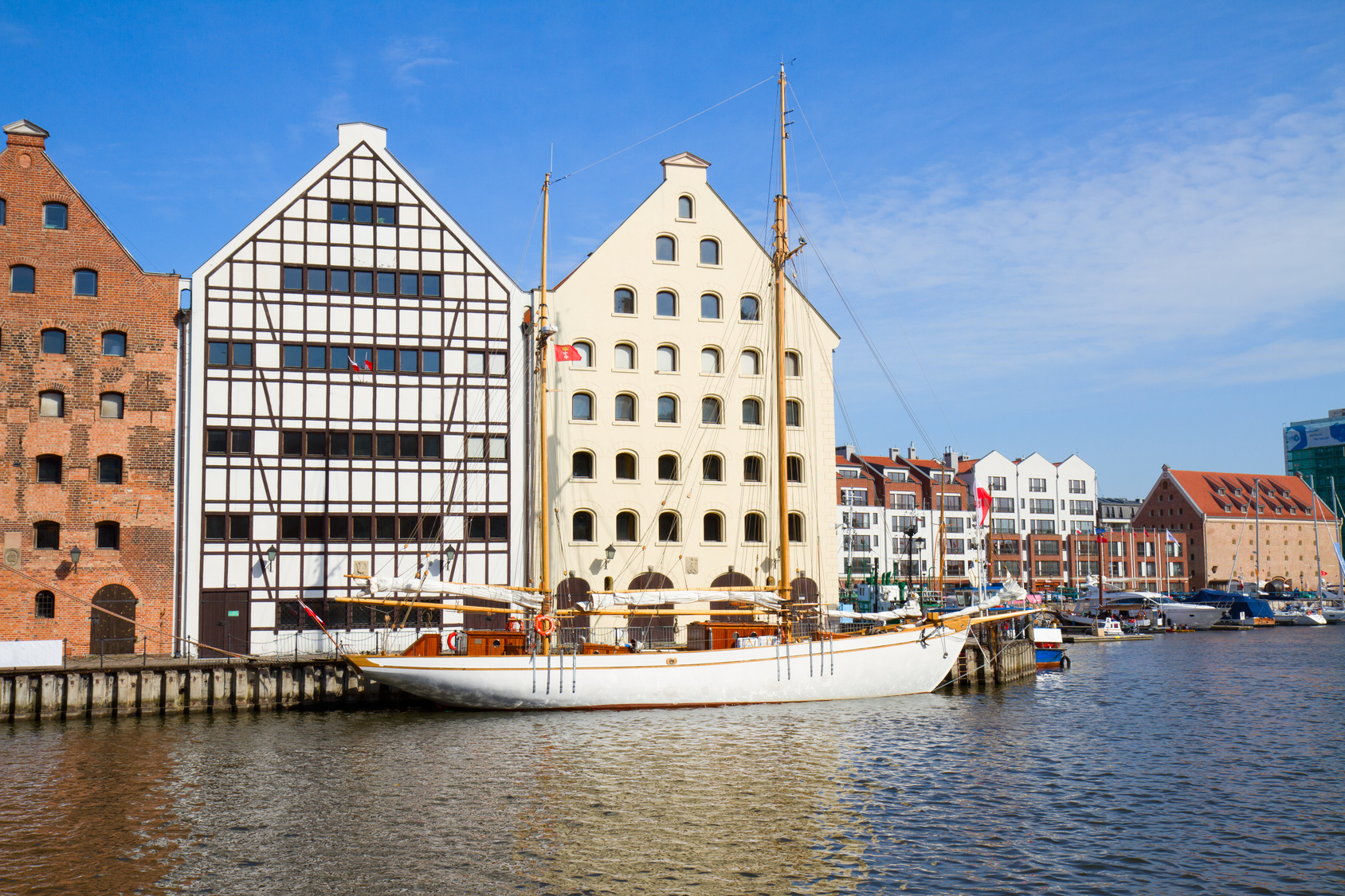 This square in the heart of the Old Town contains yet further reminders of Gdansk’s prominent place in Polish history – as well as some quirky local tales.

The beautiful Golden House, finished in 1618, has a striking façade which includes carved scenes and busts of Polish historical figures.

The Green Gate, at the east end of Dlugi Targ, was constructed in the 1560s with the intention of being a royal residence; ultimately it was never used however – Poland’s monarchs instead chose to stay in other houses close by.

From a historical perspective, the Neptune Fountain has a claim to fame as the country’s oldest non-religious monument, dating from 1613. However, the people of Gdańsk know it fondly for the story of how Goldwasser, the city’s famous liqueur, flowed from the god’s trident one night, much to the delight of passers-by soon after its completion. Sadly there’s been a wrought-iron barrier around the fountain since 1634, so should the Lord of the Sea decide to put on a display during your visit you’re still probably better off visiting a bar for a taste of Goldwasser! 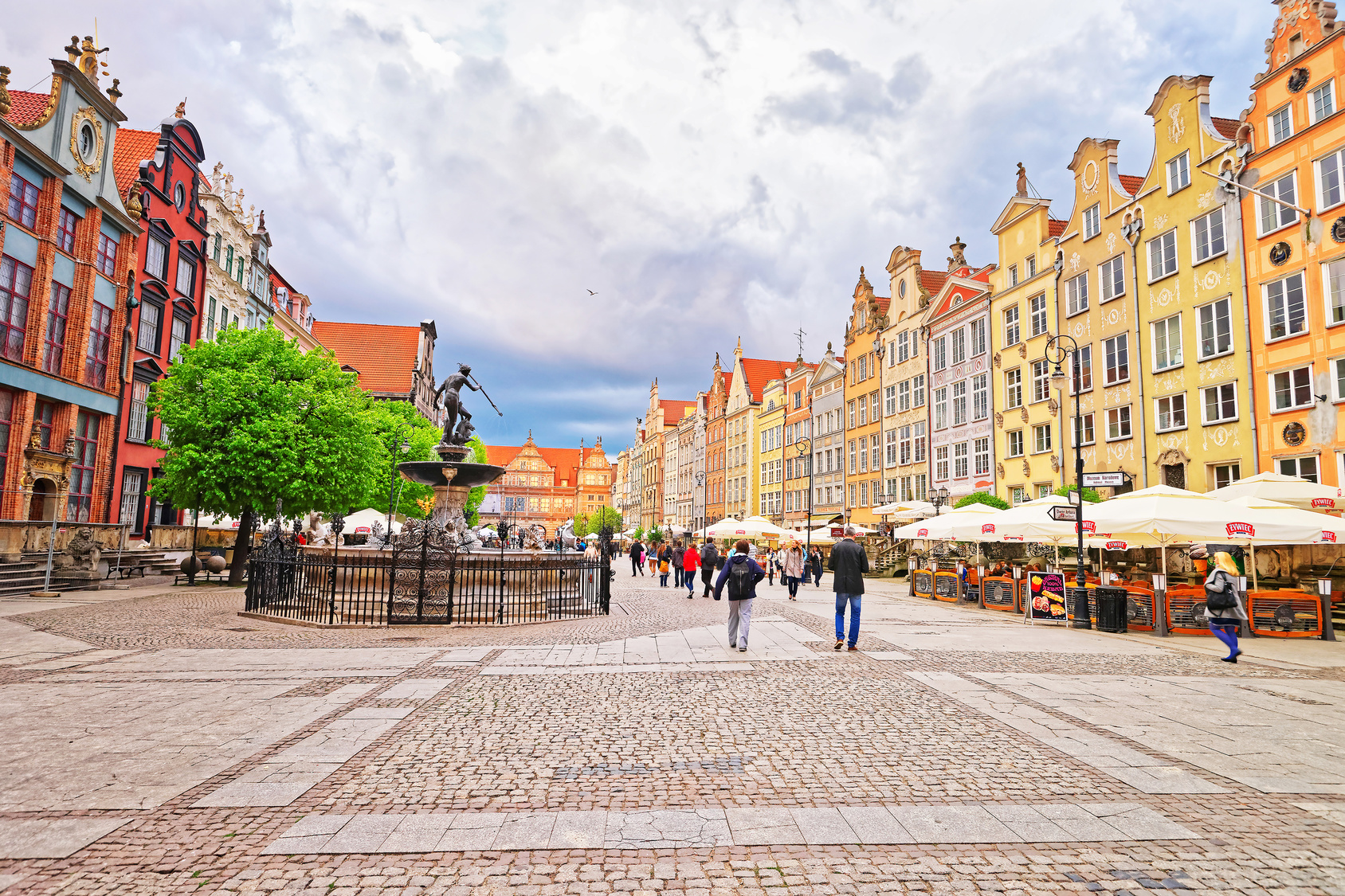 How to Get to Gdańsk

Ryanair has a direct flight from London Stansted to Gdańsk Airport that takes just over two hours. One-stop flights are also available from a number of airlines, including SAS – prices start from approximately £375. Before you travel, make sure to pre-book an airport transfer from Gdańsk Airport to your hotel with Shuttle Direct. Don’t take a risk with unreliable local transportation; start your holiday off the right way with Shuttle Direct’s punctual and efficient transfer service. 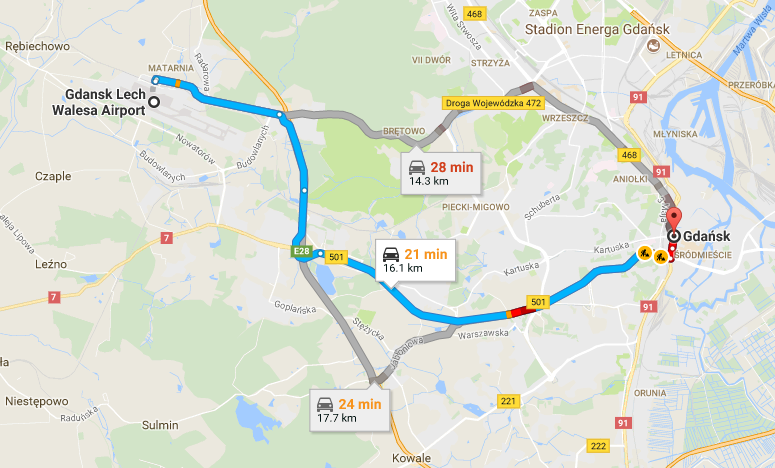 Focus Hotel Premium Gdańsk – This modern 4-star hotel is located in Wrzeszcz district which, as well as being an excellent area for shopping, is also only 3 miles from the Old Town and under 6 miles from the airport. With a sauna, gym and in-house restaurant waiting for you after a day of cultural stimulation, the Focus Hotel Premium Gdańsk offers class and comfort in abundance.

Radisson Blu Hotel – Set in a former Gothic-style tenement building, the 5-star Radisson Blu Hotel strikes the perfect balance between aesthetic charm and modern comforts. Its superb in-house restaurant, the Verre en Vers, serves excellent French cuisine and there is also a sauna and steam room onsite. Dlugi Targ is right on the Radisson Blu Hotel’s doorstep too, so you won’t have to travel far to explore the wonders of Gdańsk.

Shuttle Direct is the leading provider of airport transfer services in Europe and North Africa. For years travellers have entrusted Shuttle Direct to handle their transport needs, and our excellent range of low-cost and efficient services provide holidaymakers with a stress-free start to their vacation. Book your transfer through our easy to use online booking system and let us do the rest while you plan your dream holiday to Gdańsk!