Dubrovnik has become one of the hottest destinations in Europe in recent years. It’s easy to see why: combine sun, sea, staggering medieval architecture and a friendly welcome, and you have a pretty potent combination for a short break or a longer one. It’s not the hidden gem it once was (though good prices can still be found if you book in advance or shop around), but the charm of this UNESCO World Heritage Site makes it more than worth a visit — one we’re sure you’ll treasure.

You can get around the bustling warren of the Old Town in an hour, or take as long as you like to take in the sights, sounds, seaside smells and the vibrant history of the place. However you do it, here’s our guide on what not to miss.

Your best bet to start is with the city walls: banked up against high cliffs, these impressive structures gaze out on one side over the sparkling blue of the Adriatic on one side, and old-world red clay roofs on the other that will be familiar to any fan of Game of Thrones (King’s Landing, anyone?).

Busy, But Worth It

You’ll need to contend with the crowds at Pile Gate – a lot of tour buses and taxis drop off here – but there’s a clear path for foot traffic, so it’s not too claustrophobic. And there are still compelling reasons to brave it:

Top Tip: If your first visit is at night (and I reckon it should be), my favourite place for dinner is on the far end of Stradun, the main street: Bistro Tavulin. Fine wine, fine art, what’s not to like? 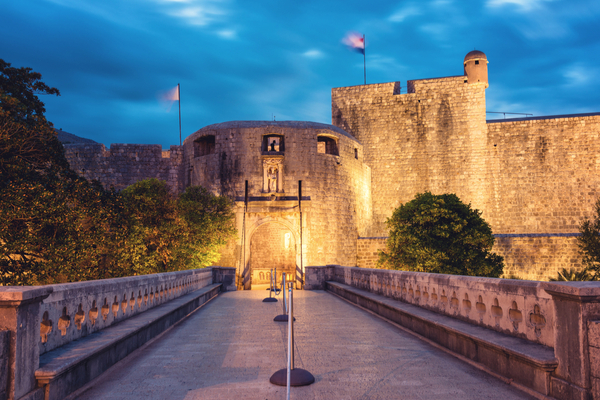 Within the Old Town is a structure that I think epitomises what Old Dubrovnik is about. The Rector’s Palace has been rebuilt twice (first by the same Neapolitan that designed the city’s first water supply). Destroyed by fire, the next building on the site housed the Rector of the Republic of Ragusa, surviving fire, earthquake, gunpowder accidents and even Napoleon, right up to the present day.

Just across the main square of Luža, the sixteenth-century colonnades of Sponza Palace are a great link between Dubrovnik’s past and recent history. In 1991, the Croatian War of Independence embroiled the city in a siege. Yugoslav forces encircled and bombarded the World Heritage Site, drawing widespread condemnation. The unassuming Memorial Room of the Dubrovnik Defenders within this Ragusa-era custom house and mint puts a human face on the poignant events. 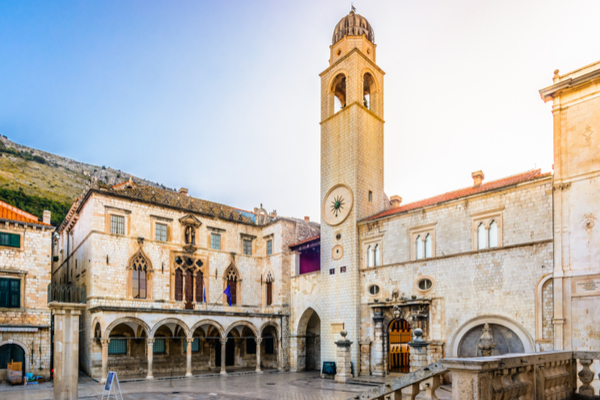 Just next door is a treat for art lovers. The Dubrovnik School paintings on show here form a bridge between the Gothic and the Renaissance. The late fourteenth-century paintings of Nikola Božidarević (of which only four survive) share this space with fine-de-siècle work by the Croatian National Revival artist Vlaho Bukovac: fittingly, “The Miracle of St Dominic”. Perhaps he was inspired by this place, born as he was a few miles south in Cavtat. Walking these cloisters with their cool limestone, palms and orange trees, you can see why.

Top tip: If you’re conducting your own little Game of Thrones location tour, this one’s a must — if I’m not mistaken, this is the set of Littlefinger’s fateful chat with Ned Stark when Season One is beginning to heat up…

My last recommendation is another church. What can I say? I’ve got a thing for old churches. This time, however, that isn’t the main draw here.

Built in the late twelfth century, the original cathedral was a purported votive offering by King Richard I of England (or Richard the Lionheart), after he survived a shipwreck on nearby Lokrum while returning from a crusade. An earthquake destroyed that building in 1667, and the draw of which I speak is inside its unprepossessing replacement: a macabre and wonderful collection of relics, trinkets and oddities called the Cathedral Treasury.

Here, you can see the gold-plated arm, leg and skull of the city’s patron, St Blaise. Add to that a fragment of the True Cross, one of Christ’s loincloths, plus myriad vessels, icons and artefacts from throughout the city’s maritime trading history, and this is a fine place to finish my tour of an old town that rivals any in Southern Europe. 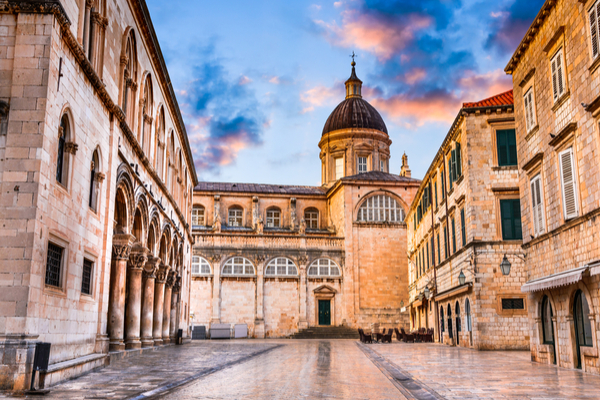 Guesthouse Rustico – You’ll want somewhere central, well-provisioned and authentic to stay during your trip; this fourteenth-century, three-star guesthouse in mortared stone and shabby-chic wood is a perfect pad for forays into the medieval city, right down the street from every attraction I just mentioned.

Dubrovnik’s Airport (DBV) is well-served throughout the year, even more so in summer, with eight carriers and 34 flights per week making the two and a half-hour trip from London. The airport is ten miles from Pile Gate, and for convenience and professionalism, I can’t fault Shuttle Direct’s door-to-door service. 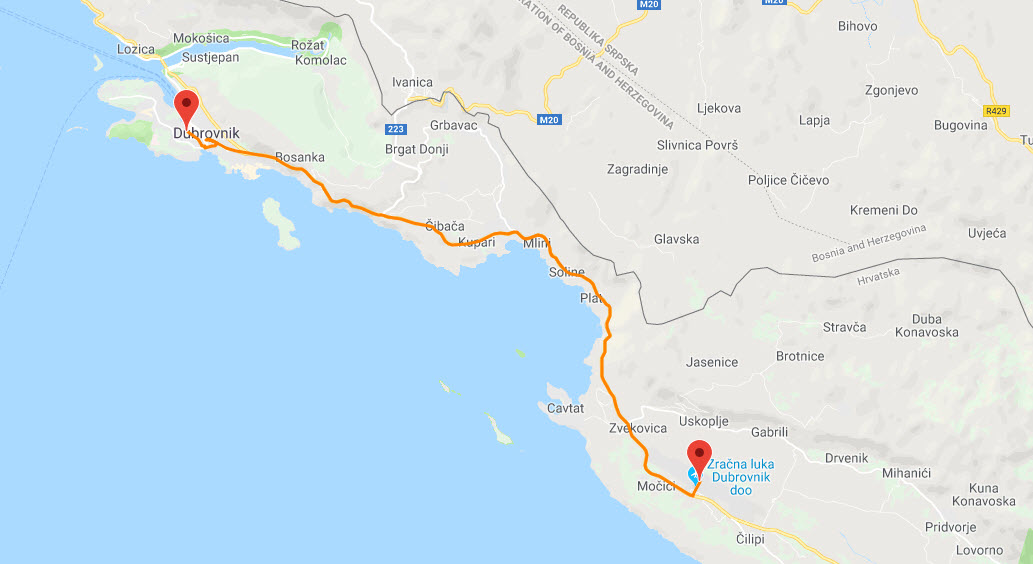 With forty years of experience and the best local drivers throughout Europe and North Africa, we at Shuttle Direct pride ourselves on getting your holiday moving.