Doha is the capital of Qatar which is one of the richest countries in the world. Until about 30 years ago the city was little more than a pearl fishing village which means that it is late to the party in terms of Middle Eastern tourism. It was only after 1995 when Hamad bin Khalifa Al Thani took power that the country began to develop at an impressive pace thanks to revenue from its natural gas production. Today the city lags behind Dubai and Abu Dhabi as a tourist destination but continues to move quickly towards being a global centre of travel and tourism. November 2022 is a major date in the country’s diary as the eyes of the world will be on it when Qatar hosts the FIFA World Cup. A good time to visit for general tourism purposes is February when temperatures little over 20C are bearable. The summer months are an impossible time for tourism due to soaring temperatures which are in excess of 45C on some days. 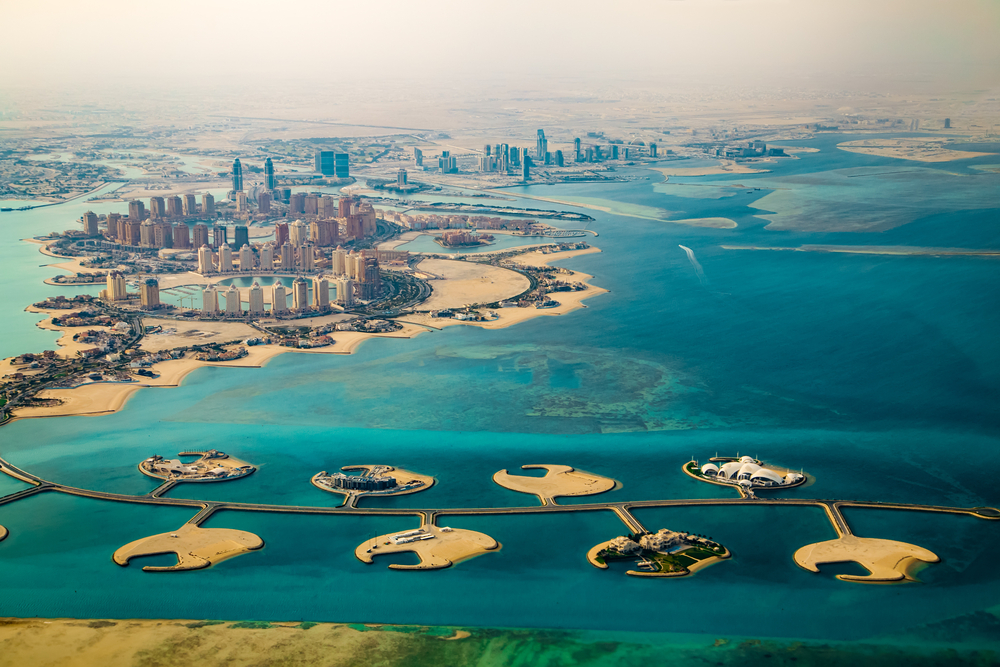 Getting Around in Doha

The recently opened Doha Metro with its three lines is a highly efficient and cheap way to get around. There’s also an extensive network of air-conditioned public buses which covers the whole city. Taxis are widely available though they have a questionable reputation for speeding up their meters! The Uber taxi service is well established in Doha and is widely used. A popular service for visitors is the hop-on-hop-off tourist bus which operates along a fixed route connecting most of the city’s top attractions.

Most modern places of interest to tourists lie along the Doha Corniche which overlooks the Persian Gulf. This 7km waterfront promenade runs from the modern city centre at West Bay in the north to Souq Waqif which is the historic heart of Doha in the south. Some attractions along the Corniche include the Doha Heritage Village, the Museum of Islamic Art and a number of welcoming parks. Across the bay is The Pearl-Qatar which is a massive residential area built on an artificial island. 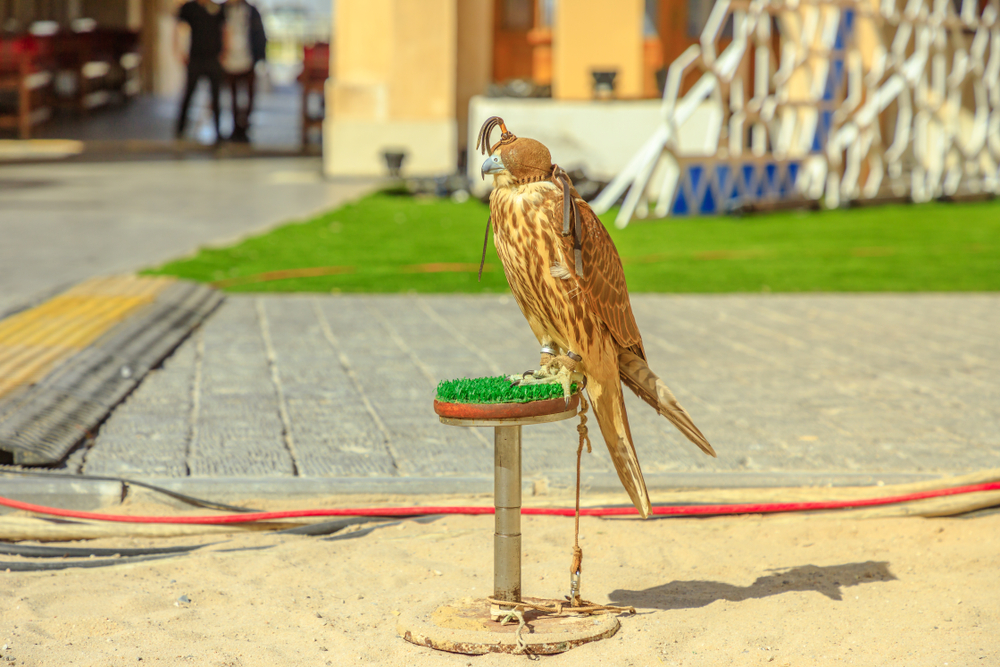 Whilst shopping in Doha might be considered the national sport, it is the historic souqs which provide most interest to tourists rather than the modern malls. Souq Waqif once served as the central marketplace for members of Bedouin tribes who would trade their livestock and agricultural produce here. The modern day reincarnation of this ancient place has been reconstructed to resemble a 19th-century souq and remains an important marketplace for locals and visitors alike. Souvenirs worth looking for include jewellery, handicrafts, perfumes and spices. You should also look out for the Falcon Souq where Qataris come to buy falcons, a bird of prey which is a symbol of the national heritage. Just outside Souq Waqif is Al Koot Fort which dates back to the Ottoman Empire and now hosts a museum of local handicrafts.

Modern shopping malls are not merely retail outlets but also entertainment centres with restaurants, cinemas, children’s playgrounds and ice rinks. Some of the most popular malls include Villaggio whose design is inspired by the architecture of Venice and the older City Centre-Doha which is the largest one around.

Doha’s premier cultural attraction is the iconic Museum of Islamic Art which is built on an artificial island near the traditional dhow harbor at the southern end of the Corniche. The recently opened National Museum of Qatar is a magnificent addition to Quatar’s cultural scene which provides visitors with an insight into the past, present and future of the Gulf State. Other notable venues include the Arab Museum of Modern Art and the Fanar Islamic Cultural Centre. 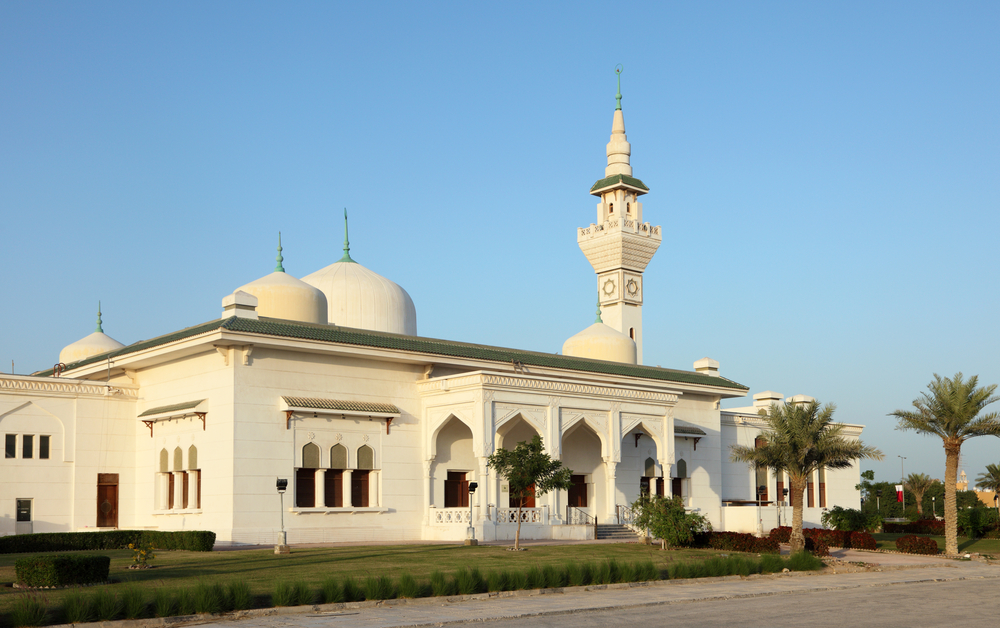 In a country where around 80% of the population live in Doha there isn’t a lot of touristic interest beyond the capital. The Sheikh Faisal Museum which lies just 10km west of the city is worth a visit as is Al-Wakra to the south which is home to a historic mosque and some nice beaches. To the north are a number of towns with historic attractions including Umm Salal Muhammad, Al-Khor and Al Zubarah. Travel agencies and international hotels in Doha offer a range of desert safaris which may include a visit to the Singing Sand Dunes where a strange humming sound emanates from the sand during certain atmospheric conditions. 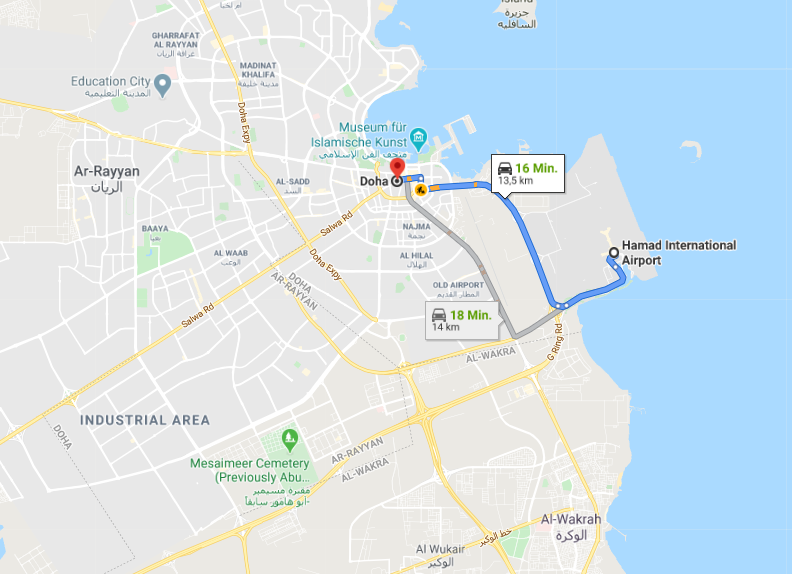 Visitors to Doha will arrive at Hamad International Airport which lies 15km south-east of the city. The airport is a hub for Qatar Airways and attracts arrivals from a number of national European carriers, however, it is served by far fewer airlines than the likes of Dubai and Abu Dhabi. New arrivals can get into the city by means of metro, airport bus or taxi. Alternatively, you can pre-book a private transfer from Doha Airport and have a driver and air-conditioned vehicle awaiting you on arrival. Transfers to all city centre hotels and the surrounding area are available.

Where to Stay in Doha

The availability of accommodation in Doha is a fraction of what you’ll find along the coast in Dubai as the tourism industry is someway behind in its development. Having said that there are still plenty luxury hotels catering mainly for business visitors to the city. Many of these properties have rooftop pools with sea views and are based in the West Bay area which is Doha’s main commercial district. The area is well located for accessing major attractions and is home to a fine selection of restaurants and shopping opportunities. Further south around the Souq Waqif there are some attractive boutique hotels built in typical Arabic style. The city has little to offer in the way of mid-range and budget accommodation.