The journey from Faro Airport to Huelva is a scenic one, taking you across the border from Portugal to Spain and past some stunning sights along the way. At a little over an hour, there are some great attractions that you might be inclined to add to your list of to dos while you’re holidaying in Huelva! 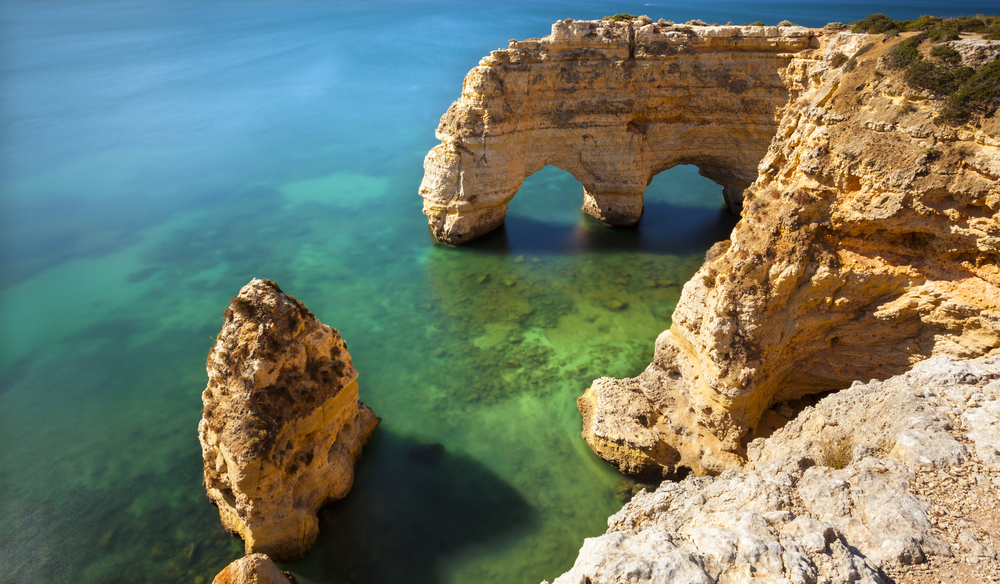 Located just outside Faro, these ancient ruins offer a perfect opportunity to get a first taste of the unique cultural mixing that has occurred around the southern tip of the Iberian Peninsula over the centuries. Uncovered in 1877, the ruins seem to have started life as a first-century farmhouse before being turned into an ornate villa complete with mosaics in the third century. Later years saw religion come to the site, as archaeologists have uncovered evidence of both a fourth-century Christian church and later Muslim burials. The farm was abandoned sometime in the tenth century, but a new home was built on the site in the late 1600s, and today there remains evidence of two mausoleums, a courtyard, a garden, and more. 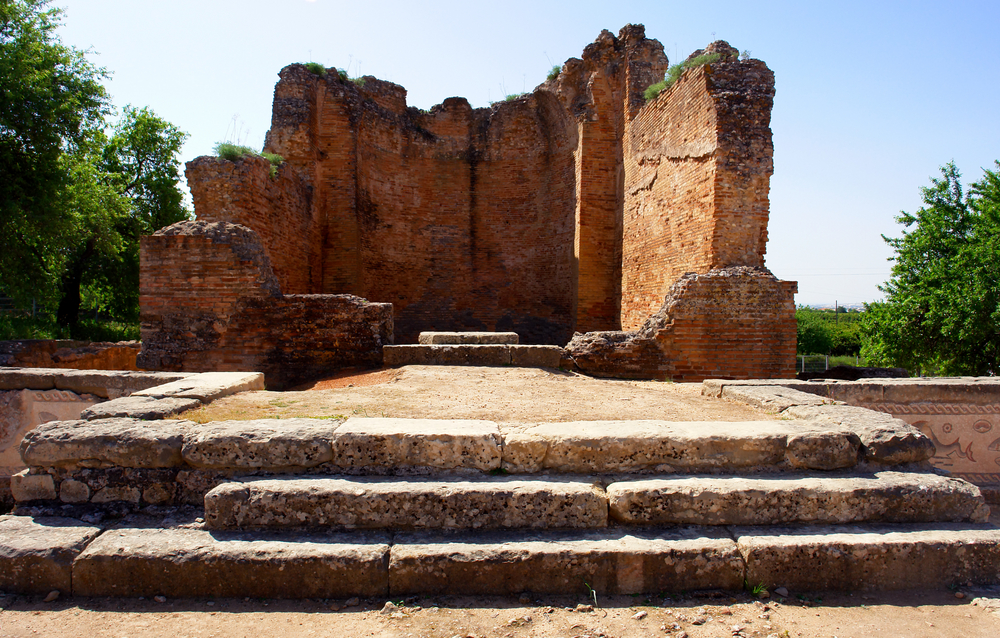 Our next attraction takes us forward a little in time to this quiet, laidback town near the banks of the River Guadania. While the earliest estimates place settlement on this site as beginning around 5000 BCE, it came into its own as a trading centre and strategic site in the late Roman and early Medieval eras.

Its location, close to both a major waterway and the coast, made Castro Marim a popular stop for merchants, and its commanding view of the surrounding flatlands saw successive forces turn it into a fortress to defend the Algarve. In the fourteenth century, for instance, the area was controlled by the Order of Christ – successors to the (in)famous Knights Templar.

While you’re unlikely to encounter any crusaders, some elements of this history remain among the distinctly Portuguese houses, where you can sometimes see locals practicing traditional crafts such as lacework. 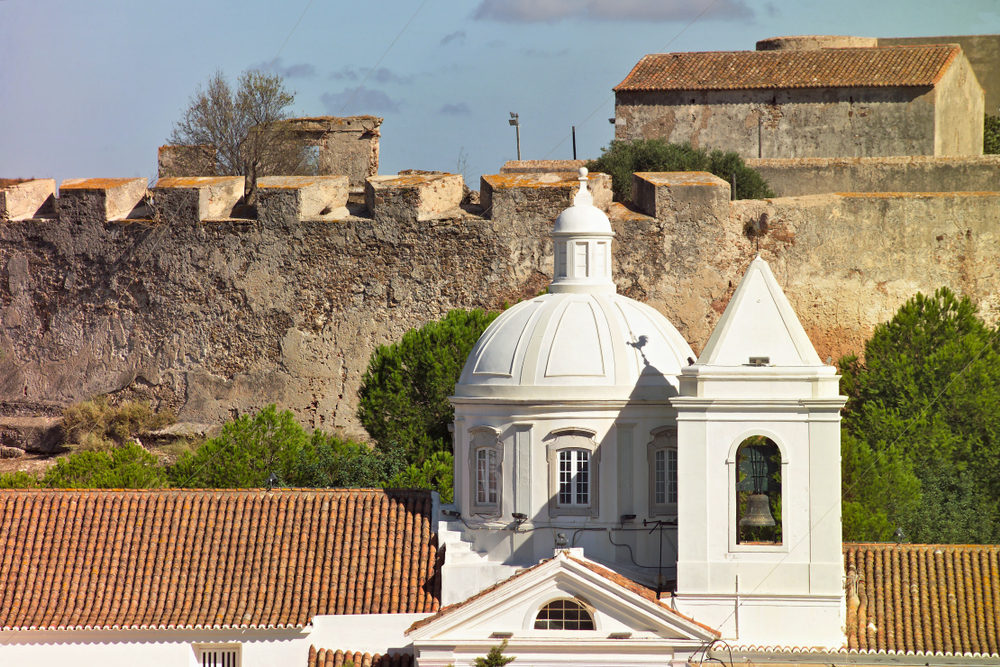 Designed by Portuguese engineer José Luis Cancio Martín, this is the third-longest bridge in Portugal, with a central span of 324m between two 95 and 96m high towers, and a total length of 666m. The deck is 20m above the river, allowing deep-draft ships to navigate below it, and the crossing is open only to cars, with no foot traffic allowed. Happily, this means you can see all there is to see and marvel at the engineering prowess as you make your way from Faro to Huelva.

Wharf of the Caravels

Now we come to our first attraction on the Spanish leg of our journey, and it’s a real treat. Called the Muello de las Carabelas by natives, the Wharf is a gigantic museum, stretching over 11,500m2 and dedicated to the exploits of one of Spain’s most famous sons, explorer Christopher Columbus.

Miniature models of Columbus’s three famous ships from his voyage to the New World – the Niña, the Pinta, and the Santa Maria – are featured here, alongside other objects associated with the journeys. Just don’t try and tell anyone he thought the Earth was flat – that myth is a bugbear of Columbus scholars, and one they’re very firm to correct. 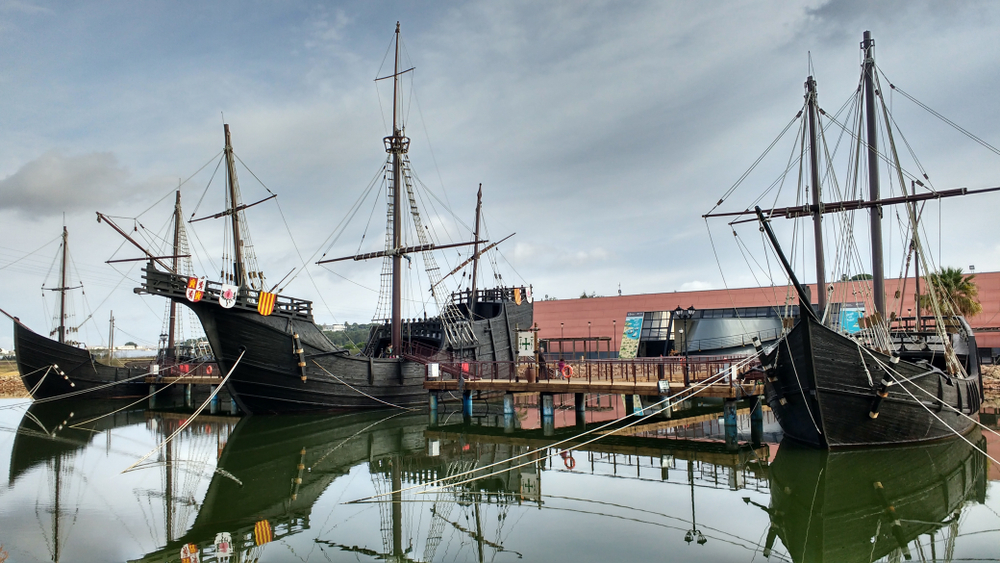 Finally, if you want to take in some truly breath-taking natural beauty, consider pressing on for another couple of hours from Huelva, driving down to almost the very southern tip of the landmass. Here, you’ll find La Breña y Marismas de Barbate nature reserve, where a pine forest runs to the very edge of the sea, falling away down beautiful cliffs.

The whole area is a natural wonderland, with amazing varieties of plant and animal life, and definitely worth seeing if you can. If you have a little more time, you can also cross over to the fishing port of Barbate, where you can take in the sights and sounds of a working Atlantic harbour.

How to Get to Huelva

As one of Portugal’s busiest airports, Shuttle Direct is well served, with most major airlines operating a large number of flights from UK airports. The journey takes just under three hours, and operators such as easyJet and Ryanair can help you get there on a budget. Once you’ve landed, however, transport links in the region aren’t great, so you’re best off pre-booking a transfer with Shuttle Direct. 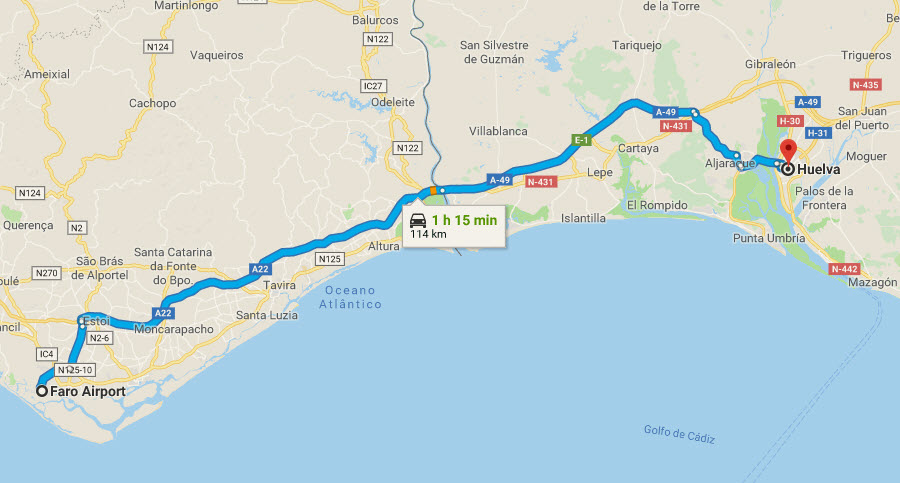 Shuttle Direct is proud to be one of Europe and North Africa’s best rated, most highly regarded airport transfer operator. Friendly, experienced drivers take the best, easiest routes to get you where you need to be reliably and on time, and booking and checking your details is easy and intuitive.