Ireland’s warm, friendly welcome, stunning landscapes and rich heritage make it a fantastic place for a short getaway. It’s not only extremely accessible, it’s also an absolute treasure trove of history and culture (there are even a few legends of treasure troves!). You don’t have to look far to encounter the fascinating relics of the past, many of which are holding their own in modern times. In Ireland, perhaps more than anywhere else in the world, the journey of discovery truly is the destination.

If you’re planning a visit to the beautiful Northern Ireland city of Belfast, Shuttle Direct’s Dublin Airport to Belfast bus transfers are the easiest way of getting to your destination. But don’t nod off on the relaxing 1 hour and 40 minute drive, because along the way there are quite a few places you might want to return to. Keep your eyes out for these historical gems and make a note for later.

1. Swords – The County Town of Fingal

A short way into your journey you’ll pass by the intriguingly named Swords, the county town of Fingal. It’s actually classified as a satellite town of Dublin, but it has a fiercely independent personality of its own. If you’ve got an interest in history, it’s well worth a day trip to explore this charming town, which dates back to 560AD.

The highlight is the very well preserved Swords Castle, which was constructed around 1200. It may not be the biggest castle you’ve ever seen (in fact it’s quite tiny) but its impressive 305m-perimeter wall makes up for it. As well as the castle you should definitely make time to visit the round tower, which dates back to Christian settlement, and the Gothic style St. Columba’s church.

You can’t visit Swords without popping into the famous Lord Mayors pub for a drink and, if you’re there on a Saturday, some traditional Irish music. The pub is well known as one of the best live music venues in Dublin so you’re in for a real treat.

Recommended Visit Time: Pencil in a full day to explore the castle and town and stay for an early dinner and music at the pub.

The next notable place along the route (about 50km from Dublin) is Drogheda, which holds the honour of being one of the oldest towns in the country. It’s a veritable step back in time, with a host of important cultural attractions including sacred sites, ancient walls, battlegrounds and manor houses.

Millmount is a man made hill (built by the Normans) that sits on the site of what’s thought to have been a prehistoric burial ground. Overlooking the town, Millmount has played an important role in numerous historic Irish battles, including the 1922 Civil War. Today there’s an interesting museum which is worth exploring – particularly the Cromwell room.

Set on the banks of the River Boyne, Beaulieu House & Gardens is a truly delightful manor house that’s been restored to its former seventeenth-century grandeur. You can visit the house and surrounding walled gardens on a guided tour.

St Peter’s church, the jewel in Drogheda’s cultural crown, is not just an impressive classical architectural feat; it’s also home to Oliver Plunkett’s head, which is housed in a glass case. The former Roman Catholic Archbishop was made a martyr as part of the Popish Plot and was canonised in 1975. So if you’re keen on seeing the head of a saint, enough said.

Recommended Visit Time: You’ll need a whole day to cover all the history of Drogheda. Make sure you stop for lunch before you visit the shrivelled head of Oliver Plunkett! 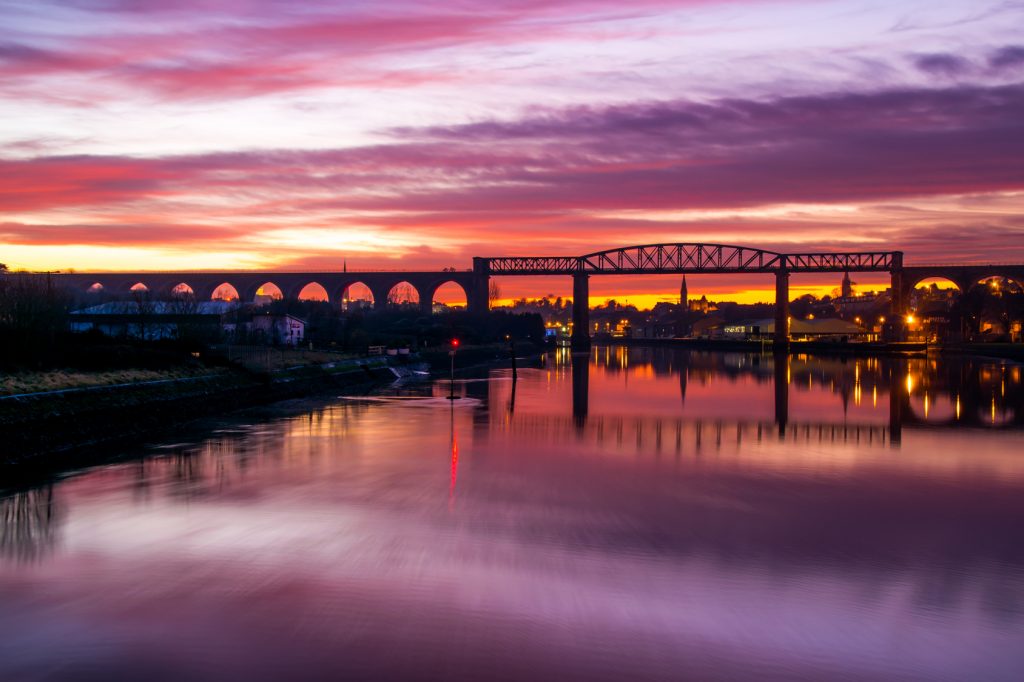 Just at the point that you cross into to Northern Ireland you’ll pass through Dundalk, a town on the Irish Sea steeped in ancient history. Everywhere you turn are reminders of its Neolithic roots and Norman heritage, and you’ll encounter the most important sites simply by strolling around.

The boulder tombstones of Proleek Dolmen comprise a fascinating Neolithic site. You can wander around these stones that were set in place more than 5,000 years ago. If you’ve got an interest in architecture, Burns Cottage (home of Agnes, sister of George) is a fine example from the nineteenth century, and the Norman built Cuchulainn and Roche Castles both provide stunning views over the bay.

The town’s two most impressive religious sites are St Patrick’s Cathedral, which was inspired by King’s College Chapel in Cambridge and houses some wonderful mosaics, and the thirteenth-century St Nicholas’s, with its striking green copper spire.

When you tire of all the history and culture, treat yourself to a sensory experience at the magical St Leonard’s Gardens, a true haven of tranquillity in the centre of the town.

Recommended Visit Time: You could spend an entire day in Dundalk, but if you’re pressed for time, spend a leisurely half-day exploring and top it off with a picnic in St Leonard’s. 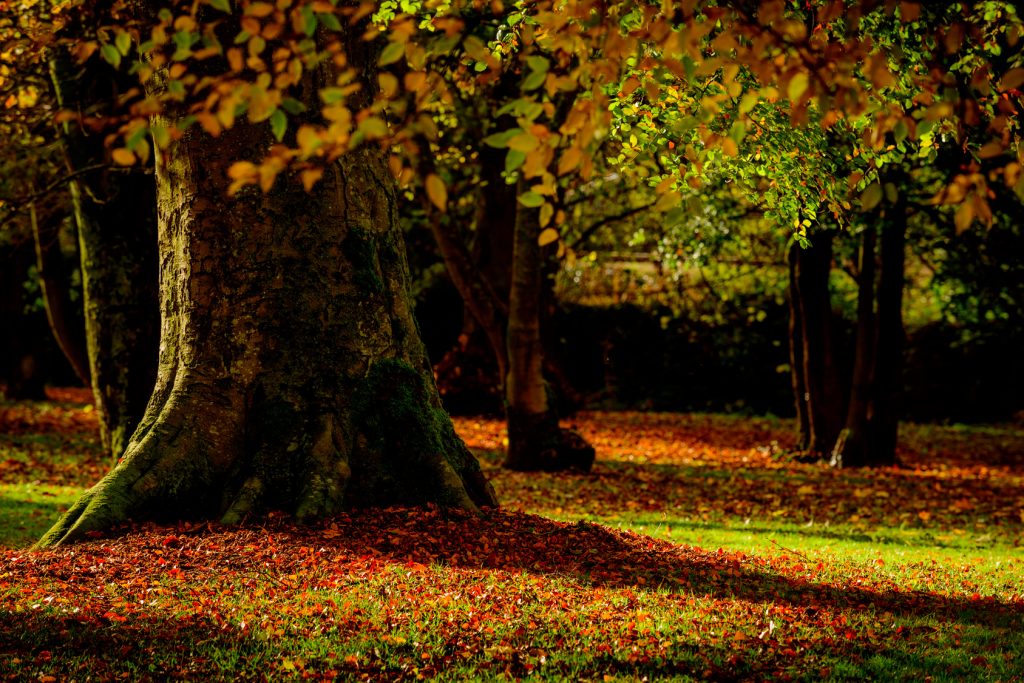 About 20km from Belfast you’ll arrive in the town of Hillsborough, renowned for a couple of very different things: the lovely Georgian architecture that lines the historic centre, and the annual Oyster Festival! It’s also credited as being the “birthplace of the United States”, as the site of the meeting between Benjamin Franklin and Lord Hillsborough, which became the catalyst for the Declaration of Independence in 1776.

Hillsborough Castle is the official residence of the royal family and played an important historical role as the site of the signing of the historic Anglo-Irish Agreement. The Gothic Revival St Malachy Parish Church is worth a visit, too, particularly for its two eighteenth-century organs. For some quiet time, head to the pretty Park Dam to explore the grounds and artificial lake. Encircled by a continuous stone wall, the site was the former residence of Lord Hillsborough.

Tip: If you’re visiting in September you’ll be able to join in the fun of the annual Oyster Festival, which attracts visitors from all over the world for a host of water sports events, drinking, music and, well, oyster eating.

Recommended Visit Time: As it’s so close to Belfast, a half-day excursion is enough to see everything. Unless, of course, it’s Oyster Festival time. 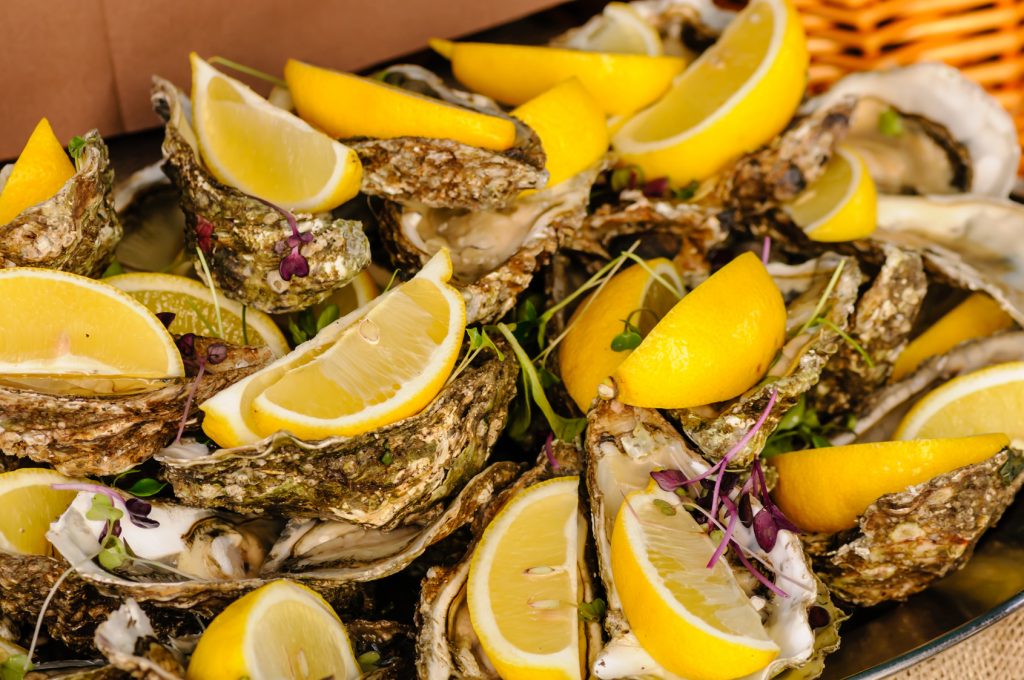 The Dublin Airport to Belfast Bus

Don’t waste a minute of your Dublin Airport to Belfast bus trip with Shuttle Direct. The picturesque journey takes you through some of Ireland’s most interesting cultural regions. We’re proud of our reputation as Europe and North Africa’s most trusted provider of airport transfers. Our Dublin Airport to Belfast bus transfers will get you from A to B in the most comfortable and economical way, without the hassle of public transport. 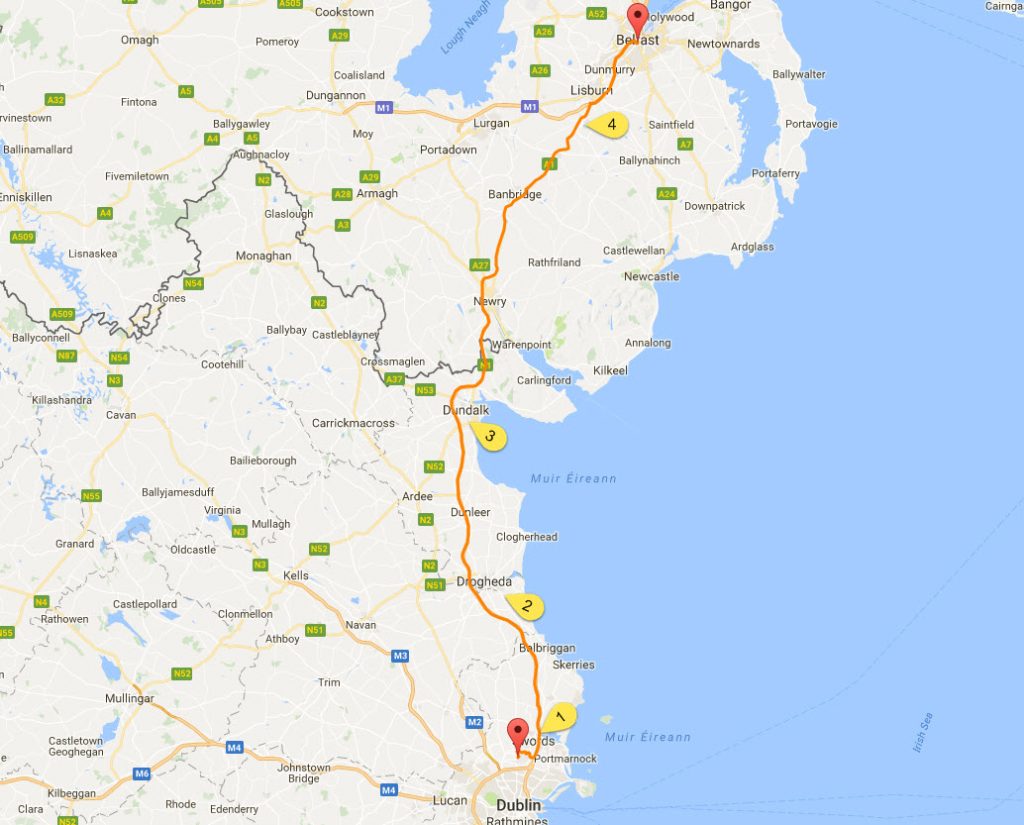 NB. This route guide has been compiled as an aid to visiting the region. Your Dublin Airport to Belfast bus does not include stops to these destinations.