The historical destination of Maleme, which makes up part of the long stretch of beach in Crete that begins in Kolimbari and ends near Chania, takes its name from the word ‘malama’, meaning gold. And no, that’s not because of the endless golden sand that makes up much of this location – rather, it’s due to the legend of the ancient gold mines that supposedly used to exist here.

Although the mines no longer remain, there are remnants of the village’s fascinating past everywhere you go. More recently, it was the location of the Allies’ military airport before being occupied by German troops in 1941. The story of the invasion is a testament to the strong will and patriotism of the local Cretans, who fought deftly to defend their home from invading paratroopers. It was the first time German soldiers had encountered such strong resistance from a local community.

As you explore this beautiful area, you’ll find echoes of the past, all laid out in front of a relaxing Mediterranean backdrop. For history buffs, Maleme is sure to please! 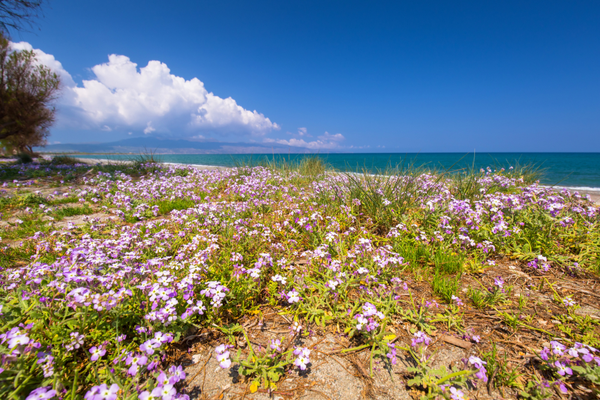 The modest-looking building of Agiou Konstantinou is set on Hill 107, which was a key vantage point in the Battle of Crete during World War II.

This magnificent church is found in the centre of the community and is surrounded by lush lawns. If you take a stroll through the yard, you’ll come across a monument dedicated to Chatzimichalis Giannaris (a notable Greek resistance fighter), as well as a memorial to those who were lost during the German occupation. 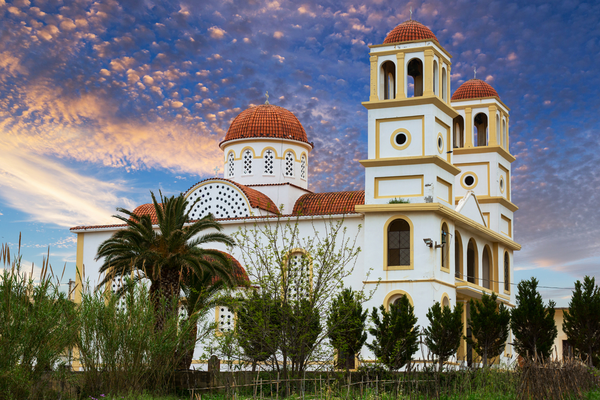 As it’s located right by the seaside, this is a great church to visit on the way to the beach. It’s small and subtle in design, making it nice little stop during a day by the sea.

To get a sense of the loyalty the Cretans had to their home and, sadly, of its violent history, I would suggest a visit to this notable cemetery. Over 15,000 Germans were killed in Greek territory during World War II. Only two cemeteries dedicated to German causalities exist in the whole country; one is found in Maleme.

Here you will find the graves of 4,465 soldiers who lost their lives during the invasion. It was founded in 1974 by a former commander and, despite its somber purpose, the site is beautiful. Visitors have extensive views of the blue Chania Bay and the ancient olive trees that line the hillsides in the west. If you look closely enough, you may be able to see the Monastery of Gonia in the distance. 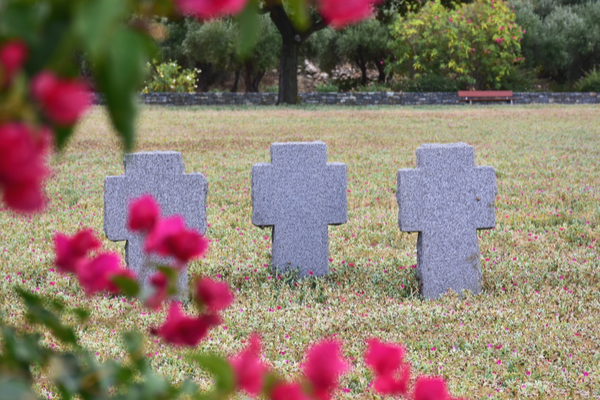 The Vaulted Tomb in Kafkala

For those that enjoy ancient ruins, this historic site is a real treat. This magnificently preserved vaulted tomb from the late Minoan period is one of the best preserved Minoan tombs in all of Crete.

It was discovered by chance during the bombing in the Battle of Crete, which caused some bad damage to the structure’s roof. However, this motivated a grand restoration of the tomb in the 1970s which brought it to its current state of glory.

You’ll discover the catacombs by taking a ‘secret’ path through a small olive grove on the side of the road, which leads to the imposing four-metre high entrance of the limestone tomb.

Top Tip: Both the historic battlefield of Maleme and the German cemetery are located nearby, so I’d suggest making a full day of it and exploring these sights together.

Ledra Maleme Hotel – This modern hotel is just 150 yards away from the beach, and offers comfort and style (the perfect atmosphere to come home to after a day of exploring). All studio apartments have a kitchenette, fridge and coffee machine, as well as complimentary WiFi and air conditioning. There’s also a pool and onsite restaurant – perfect for days when you just want to relax.

Mythos Beach Hotel Apartments – These self-catering apartments offer guests access to a tranquil swimming pool, free WiFi, air-conditioning and a private balcony. Each accommodation has its own kitchenette and living area, while there’s a catered snack bar onsite. If you fancy eating out, there are a number of cafes and taverns just a short walk from the Mythos.

There are three good providers offering a number of flights from London to Chania Airport in Crete. I’d suggest booking with the popular Aegean Airline, as they will get you to Crete in just under four hours. Once you’ve landed, getting to your accommodation couldn’t be easier with a pre-booked airport transfer through Shuttle Direct – they will get you to Maleme in around 40 minutes.

One of the leading providers of airport transfers throughout Europe and North Africa, Shuttle Direct has a reputation for top-quality customer service and efficiency. Many of our experienced drivers have essential local knowledge, and we pride ourselves on getting our clients from point A to point B quickly and safely.