Before 1990 Dubai was best-known as a Middle Eastern stopover for passengers on long-haul flights from Europe to the Far East and Australasia. Its role as a tourist destination soon began to grow after the Emirate decided to invest huge amounts of capital in its tourism industry. With its guaranteed winter sun, luxurious hotels, tax-free shopping and world-class theme parks it’s no wonder that Dubai has quickly become the world’s 4th most visited city which is keen to sell itself to the world as a top-class family holiday destination.

Luxury 5-Star Accommodation For All The Family

Whilst there are many hotels located in Dubai’s downtown area and hundreds more scattered around the city, the biggest concentration is along the coast overlooking the Persian Gulf. From Jumeirah Beach to the neighbourhood surrounding the Dubai Marina there are many suitable properties for family holidays. In addition, the man-made island of Palm Jumeirah which stands just off this coastline is home to an impressive selection of luxury hotels and resorts.

There’s a lot of money to be made in Dubai so it’s no surprise to learn that all the world’s big-name hotel brands are represented here. Just a short stroll around the Marina district will reveal prestigious properties owned by Hilton, Sheraton and Sofitel to name but a few. To remain competitive these hotels have to offer first-class amenities which is great news for families who will often find fantastic swimming pools and play areas at their properties together with well organised and age-specific kids’ clubs. The following hotel resorts are some of the most highly rated for family holidays:

Jumeriah Beach Hotel (Jumeirah Street): The Jumeirah chain of luxury hotels owns seven properties in Dubai including the Burj Al Arab which is famous as the world’s most luxurious hotel. The Jumeriah Beach Hotel is more of a luxury resort than a stand-alone hotel. Amongst its almost unbelievable facilities there is a private beach, six swimming pools, tennis courts, a luxury spa and sauna together with eighteen restaurants and bars. In addition there’s a popular Kids’ Club called ‘Sinbads’ and the resort provides a fantastic selection of watersport activities together with unlimited access to the neighbouring Wild Wadi Water Park.

Atlantis The Palm (Crescent Road): Standing on the outer-edge of Palm Jumeirah this luxury resort is one of Dubai’s most iconic properties. Designed around the theme of the ‘ Lost City of Atlantis’ the hotel has more than 1500 rooms with balconies looking towards the Palm with the city skyline beyond or the Persian Gulf. Guests have access to a private sandy beach, two superb swimming pools and 23 bars and restaurants serving a fantastic selection of cuisine from around the world. What makes this resort even more appealing to families is its ready access to the Lost Chambers Aquarium and Aquaventure Waterpark. The enormous aquarium is home to more than 65,000 marine animals whilst the theme park consists of more than 16 hectares of pools and slides.

JA Palm Tree Court Hotel (Tariq Bin Ziyad Road): Located 25km along the coast to the south-west of Dubai Marina, this relaxing resort overlooking a long, sandy beach is part of the Jebel Ali Golf Resort. Well away from the chaos of downtown Dubai and the attractions of the city’s main tourist area, the hotel offers luxurious tranquility in junior suites for families who choose to stay there. Young children are well looked after by the staff of the Coolzone Kids’ Club whilst the Chillzone is geared towards teenagers. The whole family can enjoy playing in the resort’s four swimming pools whilst the adults will be spoilt for choice at the 15 on-site restaurants and bars. For visits to some of Dubai’s city attractions there are shuttle buses which run to the Ibn Battuta mall, Atlantis Hotel, Mall of the Emirates and Dubai Mall. 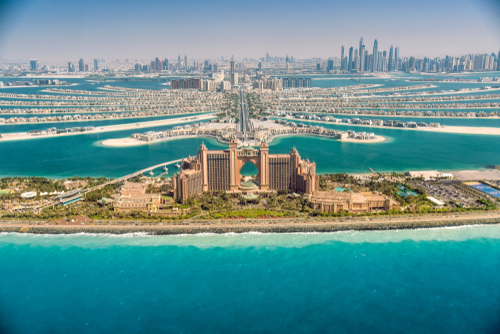 Transport to Hotels in Dubai

Some of these premier holiday resorts in Dubai will include the option of an airport pick-up when making reservations, otherwise visitors will be left to their own devices. The airport lies just 20km north-east of the main holiday hotel district around Jumeriah Beach. There are plenty metered taxis at official ranks outside the airport terminals together with an excellent public transport network which includes bus and metro services into the city.

For convenience’ sake and peace of mind after a seven hour flight from northern Europe, families would be advised to pre-book a private transfer from Dubai Airport to their hotel. Shuttledirect provide such private transfer services with a personal driver or can arrange minibus transport for larger family groups.

Thanks to their private beaches, swimming pools, restaurants and staff dedicated to entertaining children, some adults may decide that remaining within the confines of their luxury resort is a good idea. Children, on the other hand may beg to differ! With some of the world’s greatest theme parks located nearby it would almost be criminal not to pay them a visit and find out what all the fuss is about.

Located some 30km south-west of the Dubai Marina neighbourhood this integrated theme park destination is home to three major attractions:

In addition to these theme parks there’s a leisure area called Riverland which is dedicated to four historic periods. Visitors can get a taste of life in a 17th century French village, India under the British Raj, 1950s America and 19th century Europe. There is a selection of themed restaurants and street markets which are representative of these different eras.

Guests can stay at the Lapita Hotel and Resort which is part of the Dubai Parks and Resorts complex. Otherwise there is a fleet of free shuttle buses which run from many of the city’s top hotels and main shopping malls. 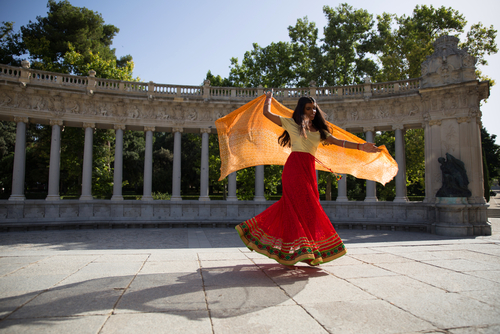 Other Theme Parks and Child-Friendly Activities

IMG Worlds of Adventure: A 30-minute drive inland from Dubai Marina towards Global Village leads to what is the world’s largest indoor theme park. It hosts 22 thrilling rides themed around some of Marvel’s superheroes and characters from the Cartoon Network as well as creatures from the Lost Valley Dinosaur Adventure. This $1bn project is one of the newer attractions on the booming theme park scene which can accommodate 30,000 visitors per day. There are free shuttle buses to the park from many hotels all over the city.
KidZania: This unique, role-playing attraction located within the enormous Dubai Shopping Mall caters for children up to the age of 14. It consists of a fully functioning economy where children can choose to work in one of many real-life jobs such as doctor, dentist, police officer, firefighter or fashion designer. In return for their work they earn an income paid to them in a currency known as ‘KidZos’ which they can use to pay for services at any of KidZania’s facilities around the world.
Aquaventure Waterpark: Dubai’s best waterpark is part of the Atlantis The Palm Resort on the man-made island of Palm Jumeirah. Day passes are available for guests who are keen to experience its thrilling rides and slides which include the Tower Of Poseidon, Shark Attack and the Leap of Faith.
Wild Wadi Water Park: Located next to the Jumeirah Beach Hotel this long-established waterpark has around 30 rides to suit all ages.

For holidaymakers the city of Dubai is one big playground to suit adults and children alike. Even the enormous shopping malls host important tourist attractions alongside their many shops and restaurants. For example, the Dubai Mall where Kidzania is located also houses the Dubai Aquarium (one of the world’s largest indoor aquariums) as well as an Olympic-sized ice skating rink. And outside the mall visitors can enjoy a performance of the ‘dancing fountains’ which is the city’s most popular free attraction. Another muti-purpose retail outlet is the Mall of the Emirates which is home to Ski Dubai which is one of the world’s largest indoor ski parks. 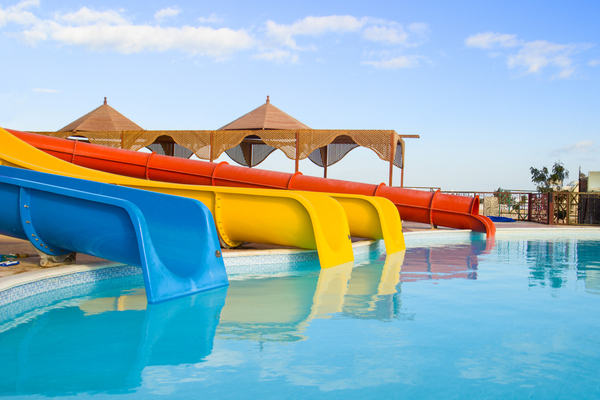