At just over 2km², Monaco is the world’s second-smallest city-state. But from history and architecture to culture and glamour, the little principality on the French Riviera packs a major punch. The subtropical Mediterranean climate has allowed lush vegetation to flourish: palm trees and exotic flowers are never far away, decorating the pristine city and the rocky bluff that overlooks it.

Inside this beautiful, sparkling state you’ll find more than enough to sate your cultural appetite – read on for some of the best attractions on offer! 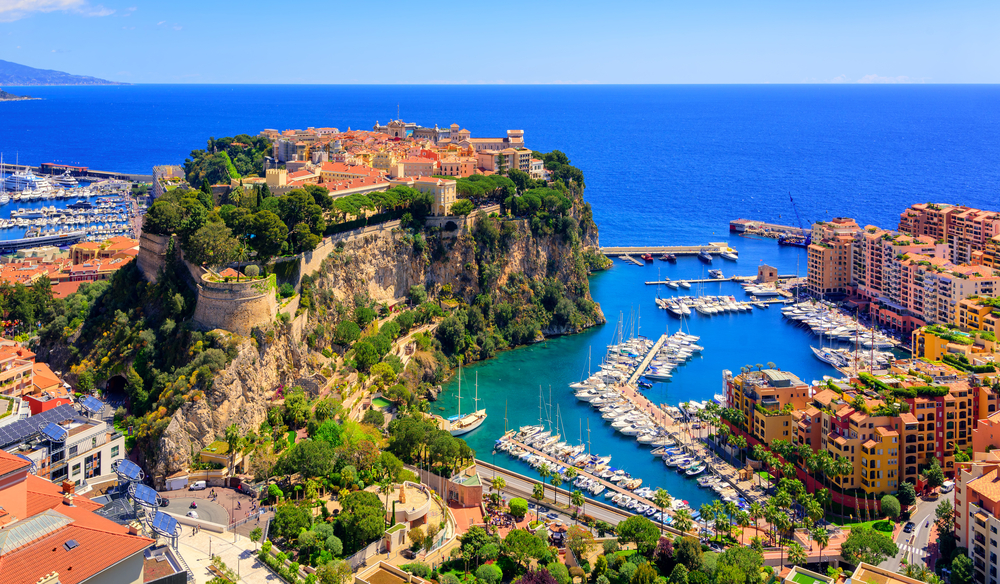 Monaco is famously ruled by a prince, and this thirteenth-century Genoese fortress high above the city is his seat of government. You can watch the changing of the guard and enjoy outdoor events for most of the year, but the main attraction is the chance to tour the inside.

When the flag in the main tower is down, the prince is out and the palace is open to visitors. This gives you the chance to examine the treasures of the Throne Room, see the famous Blue Room, decked out in ornate blue and gold, and more. Other attractions include a beautiful Italian-style Gallery and an elegant seventeenth-century Palatine Chapel.

The palace is unique in that it continues to house the city’s government – this isn’t just a tourist trap. What’s more, it has been home to the House of Grimaldi for over 7 centuries. Where the other great houses of Europe have collapsed and fallen, the Grimaldis stand, ruling from the same palace they’ve held since the Middle Ages. 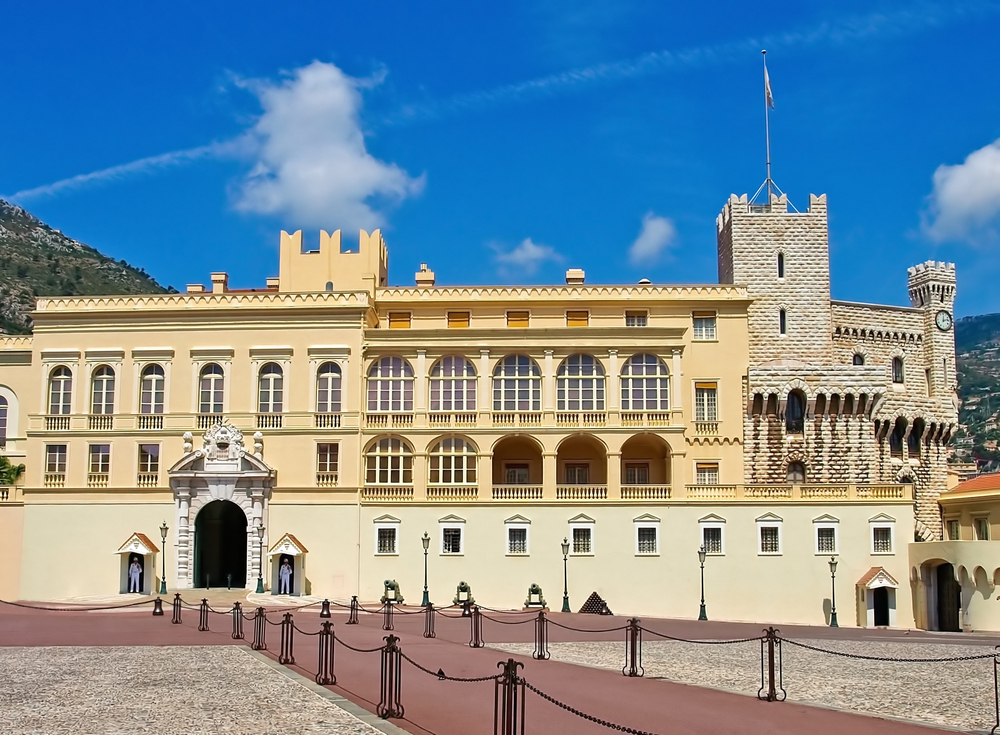 While the palace has stood throughout the centuries, the cathedral is a newer creation. It’s called the Cathédrale Nortre-Dame-Immaculée in full, and it more than lives up to the extravagant name. Its brilliant white stonework, put together between 1875 and 1903, gracefully invokes the Roman-Byzantine style, and its façade dominates the surrounding area. Inside you’ll find treasures such as an altar piece painted in 1500 and a grand organ carved out of sparkling Carrara white marble.

Moreover, the cathedral has a real sense of legacy. This imposing Catholic place of worship stands on the site of the principality’s first church, and houses the remains of many of the Grimaldis, from Albert I, who gave Monaco its first constitution, to actress Grace Kelly, who famously became a princess upon her marriage in 1956 to Prince Rainier III.

Another nineteenth-century innovation, the opera house was added to the iconic Place de Casino in 1878-79 as part of Prince Charles III’s drive to bring more culture to his state. The royal gamble paid off, and the opera house, known as Salle Garnier, was an instant hit. A 2004-05 renovation preserved its appeal for future generations, and it still hosts shows today, remaining a major attraction for locals and visitors alike. 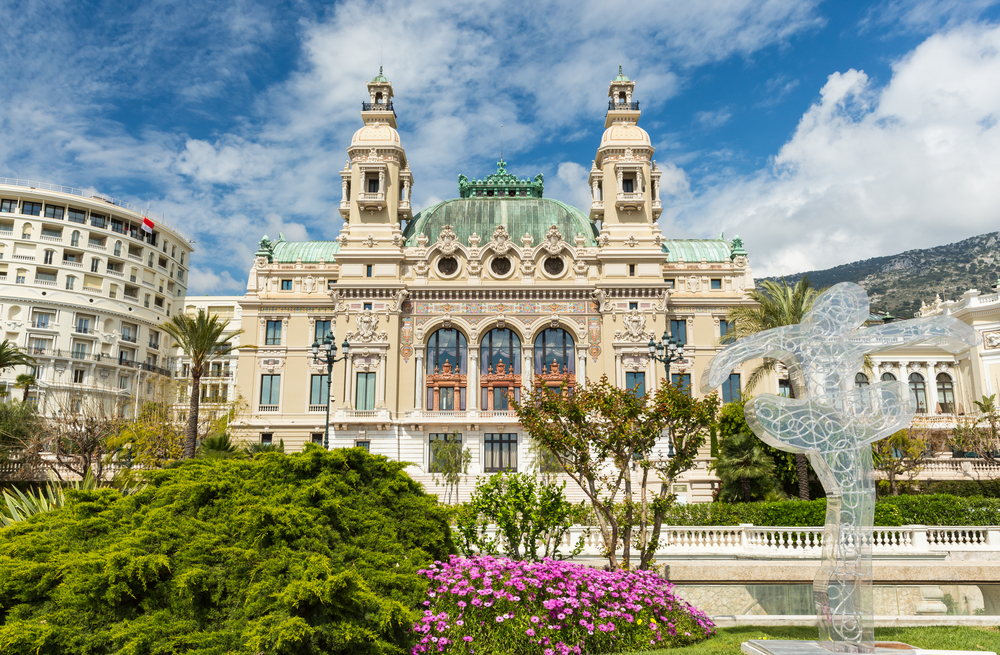 Fort Antoine is one more example of Monaco’s marriage of historical pomp and modern-day culture. Originally built in the eighteenth century as a military fortification, the fort was destroyed in conflict in 1944 and rebuilt in 1953 to serve as a cultural hub. The reconstruction mimicked the original’s military style, and its past is honoured in features such as a pyramid of cannonballs at the centre of the stage.

Today, it’s one of Monaco’s most charming spaces, with room for over 250 people to sit in its open-air theatre. The shows here are in French, but fluency is not a prerequisite for enjoying them: many come to simply enjoy the spectacle on a warm summer night.

The Musée National is located inside two villas, each filled with contemporary and traditional art ranging from paintings to photography. Intriguingly, it also acts as a conservation centre, with a dedicated team working to restore traditional and antique art such as dolls and costumes.

The Naval Museum dates to the 1990s, but many of its items are much older. It has over 250 ships in model form, with everything from Roman ships to Viking longboats to Spanish galleons. More modern ships are represented too, with models of the infamous HMS Titanic and the colossal USS Nimitz, one of the biggest aircraft carriers in the world.

The Musée Oceanographique is perhaps the best Monaco has to offer. Founded in 1910, it’s one of the oldest museums in the world. It’s in a fascinating location 90m above sea level, and contains a treasure trove of oceanographic wonders. Some of the artefacts on show here belonged to world-famous French explorer Jacques-Yves Cousteau, and over 6,000 marine creatures are housed in 100 different pools specially designed to mimic their natural environments. The adventurous can even get up close and personal with sea creatures in dedicated ‘touch tanks’. 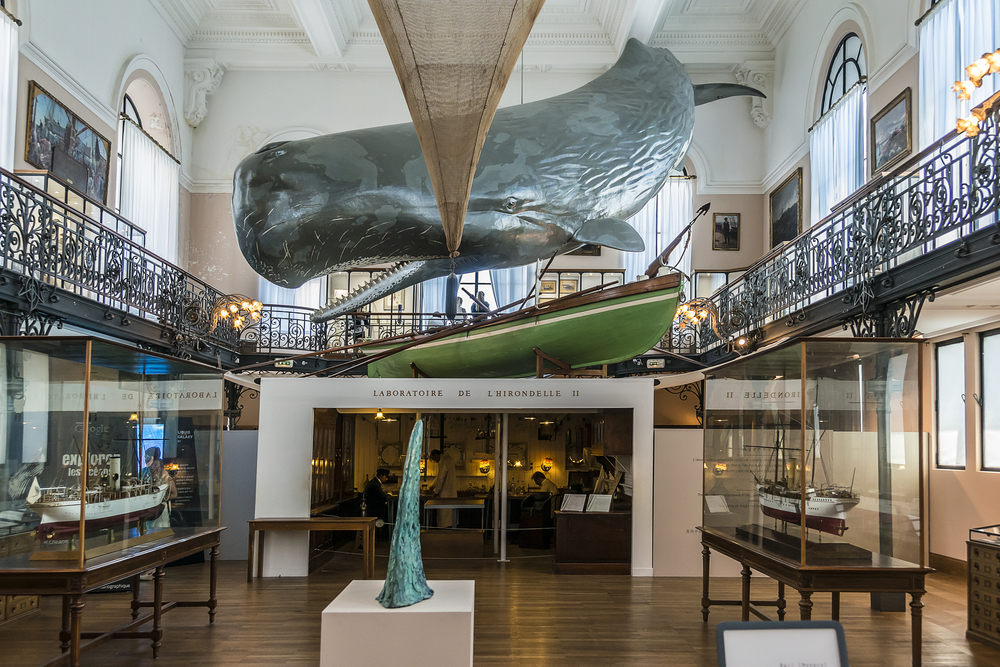 How to Get to Monaco

Due to its size, the principality has no international airport of its own. Luckily, Nice’s Cote d’Azur airport (NCE) is only 14 miles away. Most major airlines fly to Nice, and the journey from London takes a little over 2 hours. It’s about a half-hour’s drive from the airport to Monaco, so why not book a transfer with Shuttle Direct for an easy, painless journey with an experienced and friendly driver? 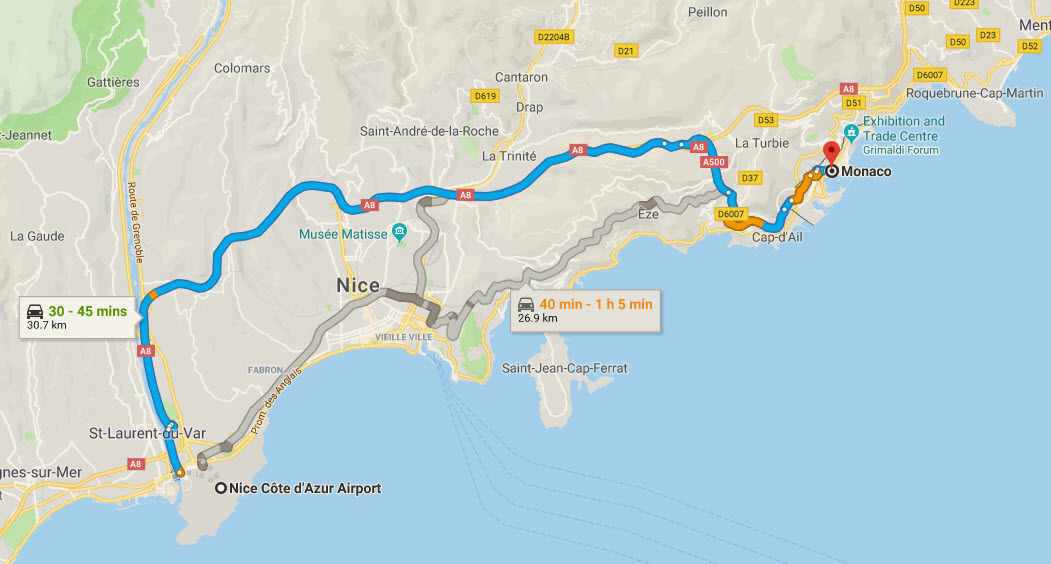 La Méridien Beach Plaza – La Méridien has a lot to offer, including a private beach, indoor and outdoor swimming pools, restaurants, bars, a fitness centre, spa and beauty salon. Each of its rooms is air-conditioned, with its own en suite and satellite television. The hotel is 7 minutes’ walk from the museum and 20 from the opera, and less than 22 miles from Nice airport.

Hotel Metropole Monte-Carlo – Another luxurious spot, the Metropole is only 8 minutes’ walk from the beach – and just 100 yards from Casino Square! Its mix of classical and modern architecture keeps it interesting, and its 126 rooms and suites ensure options for travellers of any preference. What’s more, the hotel has even had its own House of Givenchy spa installed, and its exterior space includes heated seawater pools, gardens, a bar and a pool-house. It’s under 12 miles from Nice airport, and among the top-rated hotels in Monaco.

Monaco Studio “907” – Our last hotel has a more ‘homely’ feel, though it’s no less luxurious. Studio 907 sits a little further out of town, 2 miles from the palace and a 15-minute walk from Lavrotto Beach. Still, it helps to remember that in a state as small as Monaco, distance is always relative: you’re still just 550 yards from Casino Square, for example. Its rooms offer a city view, with seating, dining area and a balcony. As it’s self-catered, each room also has a kitchenette with a microwave and a fridge, and the shops are only a few minutes’ walk away. It’s less than 20 miles from Nice airport, and receives great ratings for value.

Shuttle Direct has won plaudits and accolades for its intuitive online bookings, immediate confirmation and quality drivers. It’s one of the best-known and highest-rated airport transfer operators in Europe and North Africa, and it always gets you where you need to go by the fastest and most convenient route.