Few places say “romance” (or perhaps whisper it seductively into your ear) like Italy’s Amalfi Coast. I think it’s my favourite place on earth, offering sweeping coastline drives complemented by peaceful, sun-drenched landscapes when you venture inland. You’ll find the tastiest of fresh seafood, iconic groves of lemon trees, and the meeting of bright blue sky and sea on the horizon. Bring someone special here and you may well fall in love with it as much as I have.

Allow me to introduce Ravello, a town that has chic resorts, grand castles and lush gardens to depict the best the region has to offer. I’ll suggest some of the best places to stay and a few things to do that are sure to set your heart aflutter…

In a location set a kilometre above sea level on the edge of a cliff, surrounded by poppy and rose gardens overlooking the sparkling Mediterranean, Mamma Agata has been teaching people to cook since the ‘60s. Fans include Humphrey Bogart, Jacqui Kennedy (as Mrs Onassis was known at the time), Federico Fellini and more – and she even appeared on UK MasterChef when the semi-finalists came here in 2012.

Ably assisted by daughter Chiara and son Gennaro, Mamma Agata cooks from the heart and can show you how to do likewise, using simple ingredients sourced on-site. This kitchen is the epitome of low food-mile fare and Mamma can teach you the secrets of everything from homemade pasta and gnocchi, to pizza and mouth-watering preserves and desserts. The picturebook setting alone is worth the trip, but you know what they say about food being the way to someone’s heart…

Top Tip: While you’re in this neck of the woods, walk off the carbs with a stroll down the hill and you’ll be rewarded with the town of Amalfi. Aperitivo by the sea? Why not! 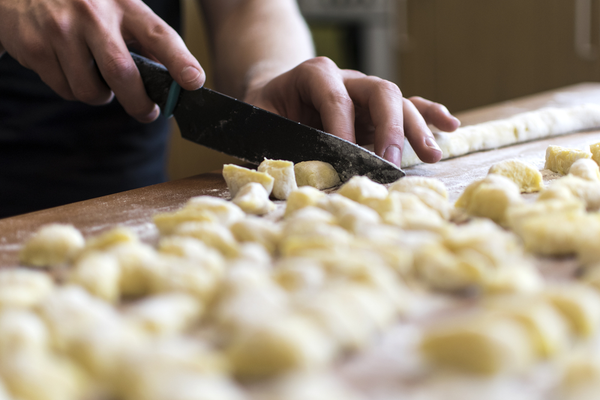 If you’re here between May and October, Villa Rufolo luxuriates in the rose and citrus haze of its gardens – and if it’s romance you’re after, you can’t do better than this. A Scotsman, Francis Neville Reid, came here in the nineteenth century and used his skills as a botanist to enhance the medieval gardens with a Victorian-style tree lined avenue. Stunning just doesn’t cover it.

The German composer Wagner was so inspired by this place that he set the second act of his 1880 opera Farsifal here. Wagner’s Klingsor was also based on Villa Rufolo’s Garden of the Soul, although this place doesn’t turn into a desert at the end! Walk between the fourteenth century towers and take in the panoramas of the verdant countryside and you may soon be making sweet music of your own.

Top Tip: The villa itself is well worth a look inside, having been home to several popes, dignitaries and King Robert of Anjou. 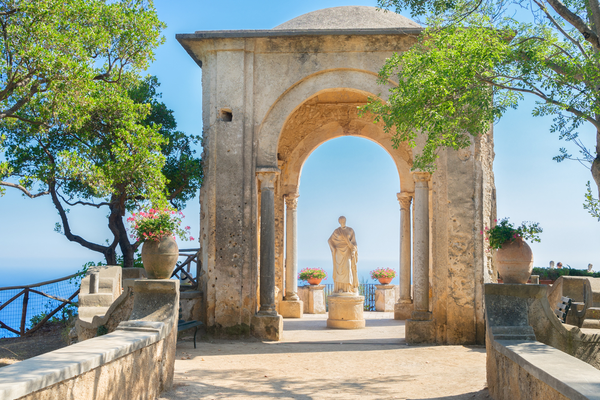 In the 1930s, the locals of Ravello decided to make the most of the Wagner connection by performing Parsifal and more of his works around the town. In 1953, the 70th anniversary of Wagner’s death, municipal authorities set up the Ravello Festival in the very garden I mentioned above. It’s a wonderful setting for world-class musicians to enthral their audiences. I think Gore Vidal described it best:

“Often, when the orchestra plays Wagner, the full moon rises above the mountains in the east, their profile recalling a dragon’s head reclining gently on the beach, while the birds of Ravello, who after all these years are particularly musical birds, trill their counterpoint from high up in the dark pine trees.” 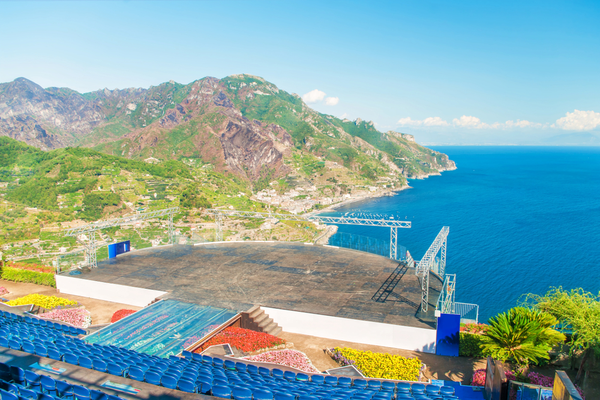 Hotel Villa Cimbrone – Those with a taste for the finer things can certainly find them here. The five-star Hotel Villa Cimbrone lies ten minutes from the centre of Ravello and features an outdoor pool, including a hydrotherapy corner, and panoramic views from the gorgeous gardens. There’s even a private helipad if you’re arriving in style.

It’s a popular spot to pop the question, especially in the gardens, and was favoured by the Bloomsbury Group of English writers in the ‘20s. At the end of the garden walk is the Terrazzo Dell’Infinito and what’s locally known as a belvedere, a particularly scenic walk built for its view. Gore Vidal called the view from the end of the terrace the most beautiful in the world and, in recent times, Rod Stewart, Winona Ryder and Hillary Clinton have agreed.

Hotel Villa Maria – A touch more reasonably priced, but just as spectacular with its Art Deco setting in an old Roman nobleman’s home, this hotel is basically unchanged (except for some modern conveniences) since its opening in 1934. There’s a chapel onsite that’s worth a look or, in keeping with the first of my suggestions above, there are cooking classes held here throughout the summer.

From the UK you’re best off flying into Naples International Airport (NAP), and there are a wide variety of fares and services available, including plenty of budget options. It’s a nippy two and a half hours from London, so it makes for the perfect spontaneous romantic break.

When you land at Naples, by far the easiest and most convenient way to get to Ravello is with a pre-booked private transfer with Shuttle Direct. The hour and a half trip is very picturesque and you’ll be relaxing with your love in no time. 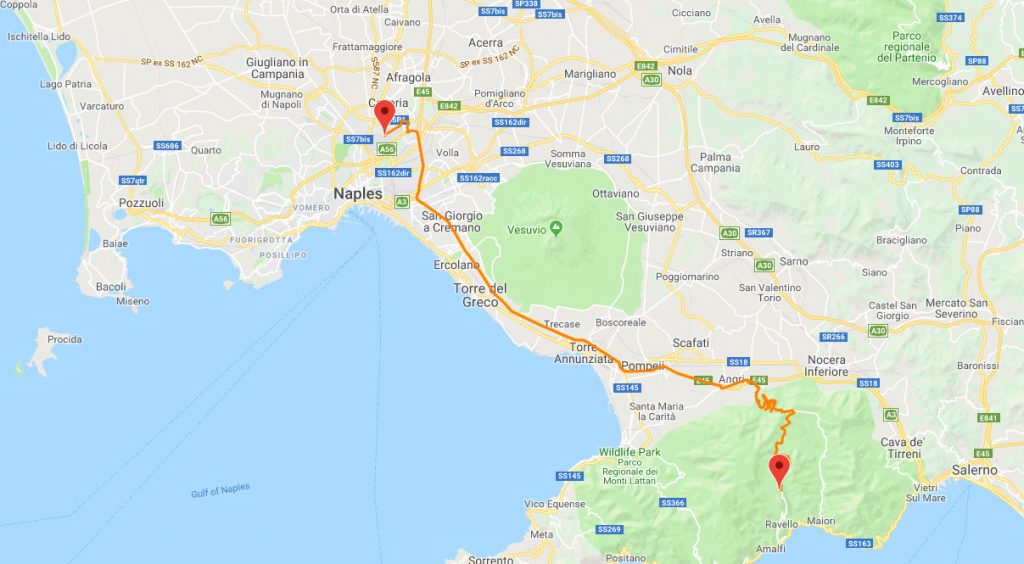 More than 40 years’ experience throughout Europe and North Africa has given Shuttle Direct a unique expertise in providing convenient and reliable airport shuttles and private transfers. Pre-book your arrangements before you leave home and one of our friendly drivers will be at the airport to whisk you to wherever you need to go. If you want the best, you’ve found us!