Located on the Ligurian Sea, the ancient city of Genoa is best known as the birthplace of Christopher Columbus which has long been one of the Mediterranean’s most important seaports. The city’s historic centre is filled with beautiful palaces which bear testimony to a time when Genoa was on a par with Venice as a maritime power. In spite of such architectural treasures it wasn’t until 2004 that the city appeared on the European tourism map when it was designated as European Capital of Culture. Two years later some of the highlights of the Old Town were added to UNESCO’s World Heritage List.

As well as visiting the historic centre cruise ship passengers can spend time at the rejuvenated Old Port or take short excursions along the coast to the likes of Portofino or the beautiful villages of Cinque Terre.

Located to the west of the city, the Port of Genoa is an important destination for both cargo and passenger vessels. As your ship approaches the port look out for the La Lanterna lighthouse which is one of the tallest in the world. Dating back to 1543 the lighthouse is a symbol of the city, its beam is visible for 25 nautical miles. 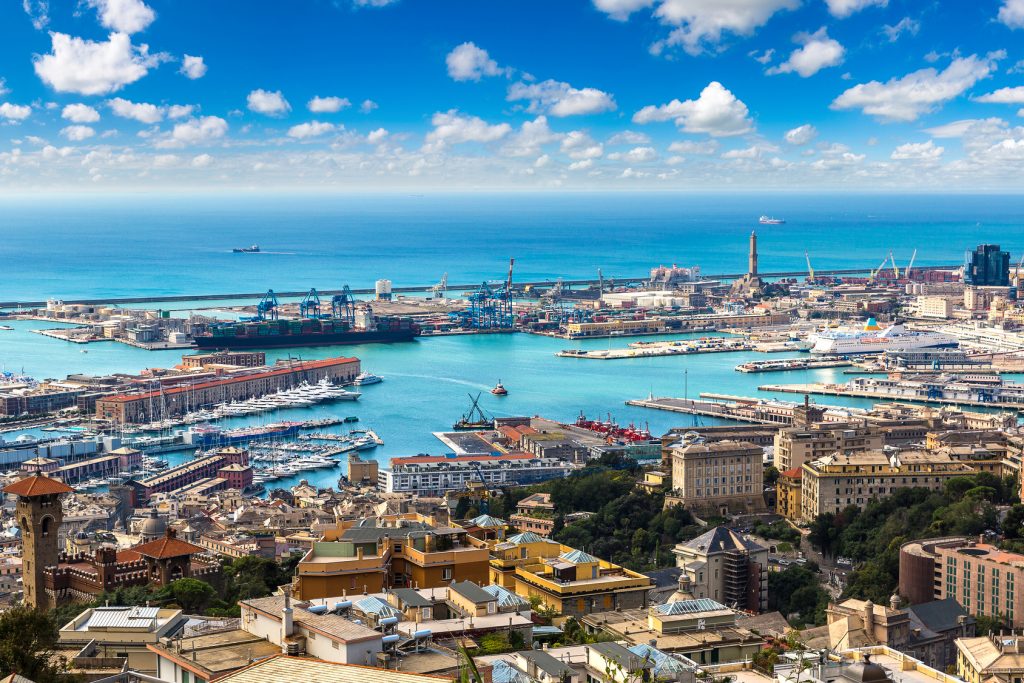 Genoa is the home port for MSC cruise ships and welcomes visits from numerous other cruise lines. Cruise ships usually dock at one of three piers lying just north of the Old Port (Porto Antico) which are served by a modern passenger terminal (Stazione Maritima). After disembarking, passengers can walk around to the Porto Antico which has been converted into an attractive leisure zone or head into the historic city centre.

Passengers who wish to fly directly to Genoa to begin their cruise can do so via Cristoforo Colombo Airport which lies just 6km west of the cruise ship terminal. Whilst there are frequent connecting flights from Rome with Alitalia there are relatively few international services from around Europe. An airport bus service runs from the airport to Brignole and Principe train stations in the city centre. Taxis and private transfers from Genoa Airport are also readily available. 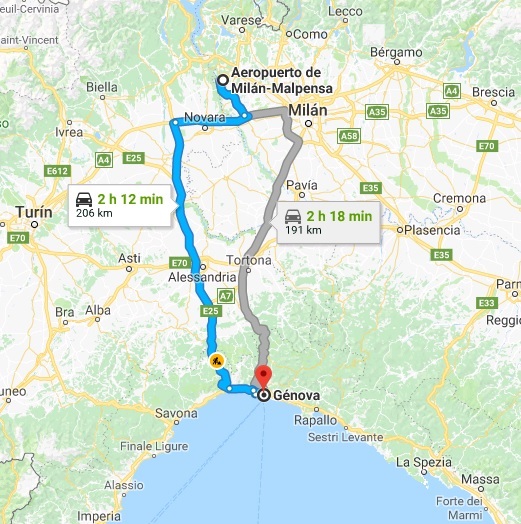 For cruise ship passengers who are unable to fly into or out of Genoa Airport the best alternative is Milán Malpensa Airport which is located almost 200km to the north. Private transfers from Milan Airport to the Port of Genoa can be arranged with airport transfer specialists Shuttledirect on request.

Getting Around in Genoa

After disembarkation cruise ship passengers can walk 2km to the Old Port along Via Antonio Gramsci. The first section remains a mainly industrial area but arriving at the modern Porto Antico makes the effort worthwhile. From there it’s a further 1.5km walk to Via Garibaldi in the historic city centre.

If you’d prefer not to walk you’ll find plenty taxis waiting for passengers outside the Stazione Maritima as well as local buses which run to Piazza Caricamento near the aquarium. Another option is to take an underground train service from Principe metro station near the port which has stops at Darsena near the Old Port and Piazza de Ferrari in the historic centre.

A further option is to take the hop-on, hop-off tourist bus which departs on an eight stop itinerary from immediately outside the cruise terminal. The full circuit only takes about 50 minutes which will appeal to some passengers. However, if you’re fit enough to walk around the city’s main attractions you should do so as getting around on foot will give you a much more rewarding experience of Genoa than this bus service offers.

If you’re only in port for the day you’ll find more than enough attractions to help you pass the time. A good place to start is at the Porto Antico which lies just south of the Stazione Maritima around a horseshoe-shaped harbour. This Old Port of Genoa has been redeveloped into a modern leisure complex which is home to cafés, shops, restaurants, museums, a public swimming pool and the Acquario Di Genova which is one of Europe’s largest aquariums and the city’s most visited attraction. Next to the aquarium is a panoramic lift called the Bigo which gives visitors a 360 degree view over the port and city.

From the Old Port visitors should head into the historic city centre which has been partly recognised by UNESCO as a World Heritage Site. The main street is Via Garibaldi which is home to some beautiful Renaissance and Baroque palaces collectively known as the the Palazzi dei Rolli. Once aristocratic homes, many of these palaces including Palazzo Reale, Palazzo Bianco and Palazzo Tursi have been converted into museums and art galleries which allow visits from the general public. 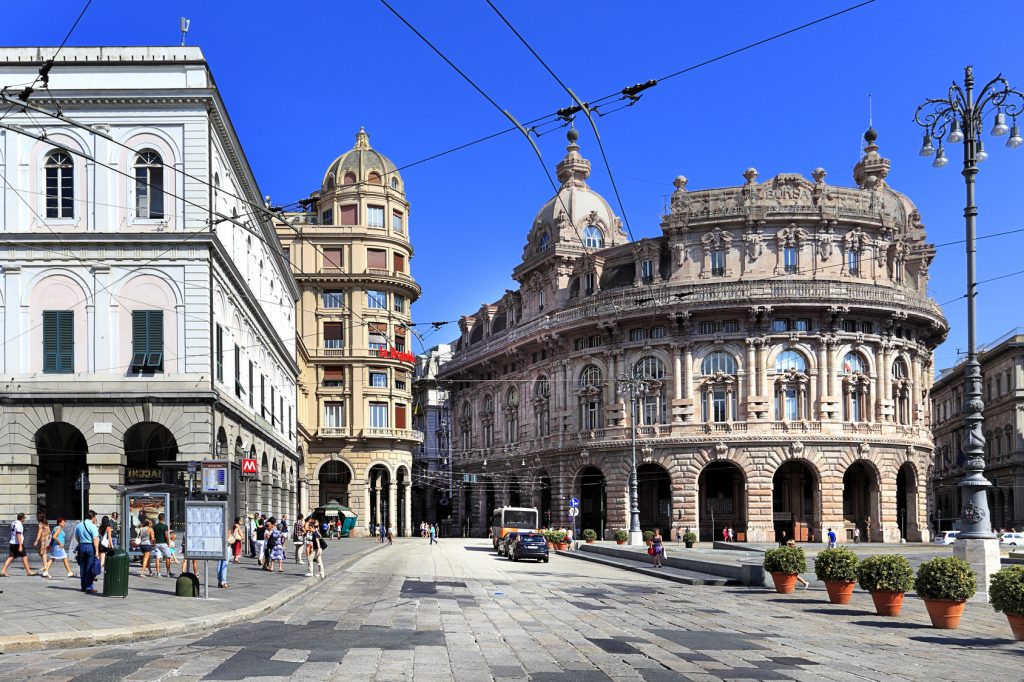 As well as the Rolli Palaces there are many other beautiful buildings in the historic centre including the city’s 12th century Cattedrale di San Lorenzo. Just east of the Cathedral is Piazza de Ferrari which is the commercial centre of the city and the 13th century Palazzo Ducale. Aside from the many recognised attractions visitors can happily wander aimlessly around Genoa’s ancient winding streets and marvel at countless examples of stunning architecture at every turn.

Another place of interest to many cruise ship visitors is the Casa di Cristoforo Colombo (Via di Porta Soprana) which is a reconstruction of the house where Christopher Columbus was born in 1451. It lies a short distance south-east of Piazza de Ferrari just outside the city gates and contains a small museum dedicated to the life of Genoa’s favourite son.

Whilst a shore excursion beyond the city of Genoa is hardly necessary during a day in port, some passengers may be beginning or ending their cruise here so might consider taking a half-day trip along the coast to one of a number of attractive destinations. Lying 40km south-east of the Port of Genoa is the exclusive holiday resort of Portofino which attracts some of the world’s wealthiest citizens and their super-yachts to its harbour. Further along the coast is the Cinque Terre National Park which is a UNESCO World Heritage Site made up of five coastal villages. 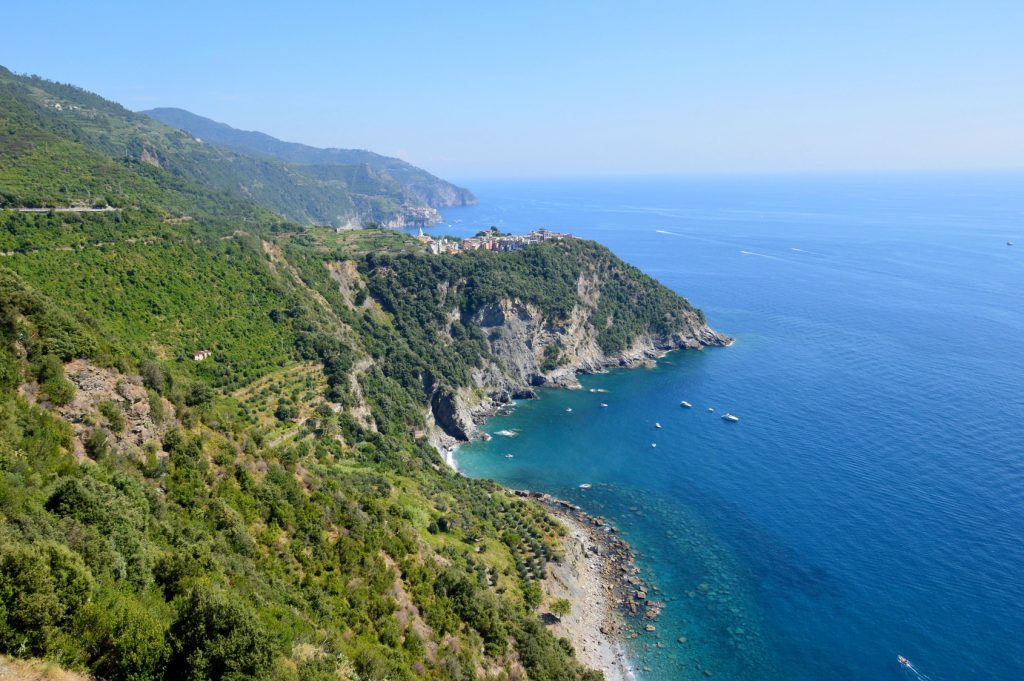 Getting There: Trains run along the coast from Genoa to Santa Margherita Ligure-Portofino station from where a local bus goes into Portofino. To get to Cinque Terre you can take a train from Genoa to La Spezia from where there are connections to the villages of Riomaggiore, Manarola, Corniglia, Vernazza, and Monterosso. In many cases cruise lines will offer their own shore excursions to both of these destinations.

One Night in Genoa

As a hometown port a growing number of passengers are finding themselves with an overnight stay in Genoa at the beginning or end of their cruise. The highlight of such an evening would be attending a performance at the Teatro Carlo Felice which is the city’s main opera house. This historic venue on Piazza De Ferrari has been hosting classical music, opera, ballet and dance performances since 1828 although the current building only opened in 1991. 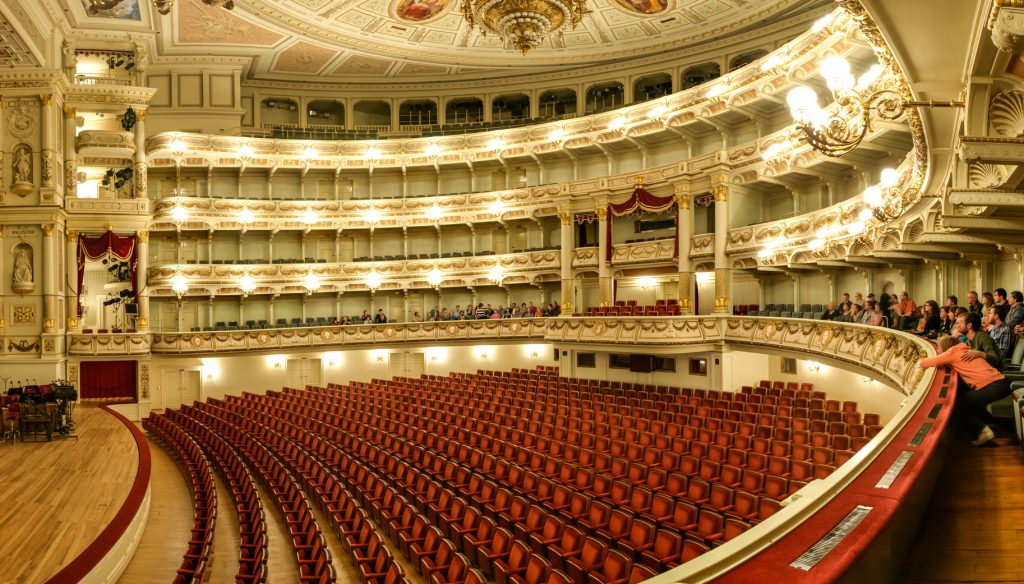 An alternative to an evening at the opera is to dine at the historic Zeffirino Restaurant (Via XX Settembre, 20) which specialises in regional Ligurian cuisine which includes delicious seafood options. For more informal dining you can wander around the streets of the historic centre and find any number of typical trattorias serving excellent pizza and pasta dishes.