It can seem a long, hard slog through the cold, grey days of winter into spring, so breaking the season up with a sunshine getaway can be a much-needed tonic for the entire family. If you’re looking for somewhere in the sun but want more than just lying on a beach, then a surfing holiday to Tenerife’s Playa de las Américas could be just what you’re looking for.

The great thing about surfing on the south coast of Tenerife, particularly during the winter season, is that while the waves are big enough to surf in, they rarely get intimidatingly big, making it a great place for beginners. I recently took my kids to Spain’s Canary Islands and, although they were initially a lot more enthusiastic about it than I was, we all spent a fantastic week in the sunshine learning to surf.

I have to admit that some of my friends were a bit scornful initially, lecturing me about how good the surfing was in Cornwall and Dorset and wanting to know why I didn’t want to take the kids there. Well, that ended when I explained that, while for the kids the holiday might be all about surfing, for me it was to feel the warmth of the sun on my skin (unlikely in Cornwall in January!). Thankfully, in Tenerife – which after all lies just off the coast of north Africa – the temperatures are reliably warm all year round (between 22ºC to 28ºC) and the sea temperatures rarely fall below 19ºC.

All things considered, I opted for Tenerife, and was very glad I did. We were advised by the excellent local surf school that we should stick to the south coast, as between October and February the swells on the north of the island can be quite dramatic. But there was plenty to keep us busy in the south with most of the best surf beaches being off the main promenade in Playa de las Américas, not to mention some excellent beaches to relax on after a morning on the waves. 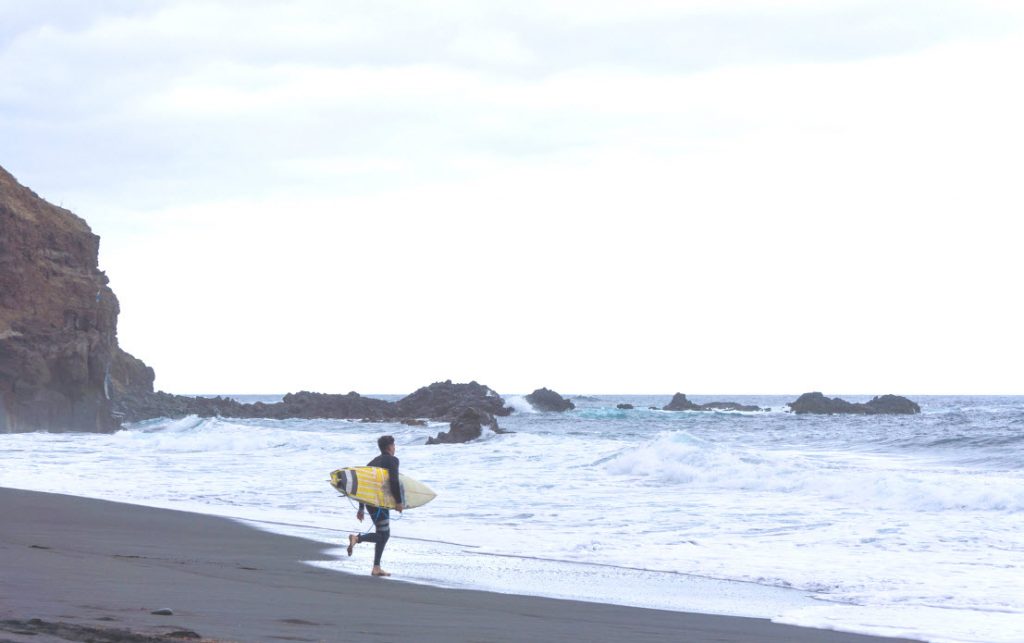 We started off our week of surfing on La Fitenia. Right in the midst of all the action in Las Américas, La Fitenia is where we found our surf school (there are a few to choose from, and based on what the other guests at our hotel told us, they all seem to be pretty good). The waves here were fairly high, but gentle enough for us to get the hang of standing up on the board (which is no easy feat!). Our instructor told us to stick to the smaller, left-handed waves, and we had a blast for the first few days here.

El Medio for a Change of Scenery

Once we felt a bit more confident, our instructor took us to El Medio, just along the coast. It was busy, but the waves were great with smallish swells, which were perfect for me and the kids for getting some experience with riding them into the beach. Our instructor warned us that the swells can sometimes get quite big here, but since we stuck with him, he always found us the best waves for our ability. 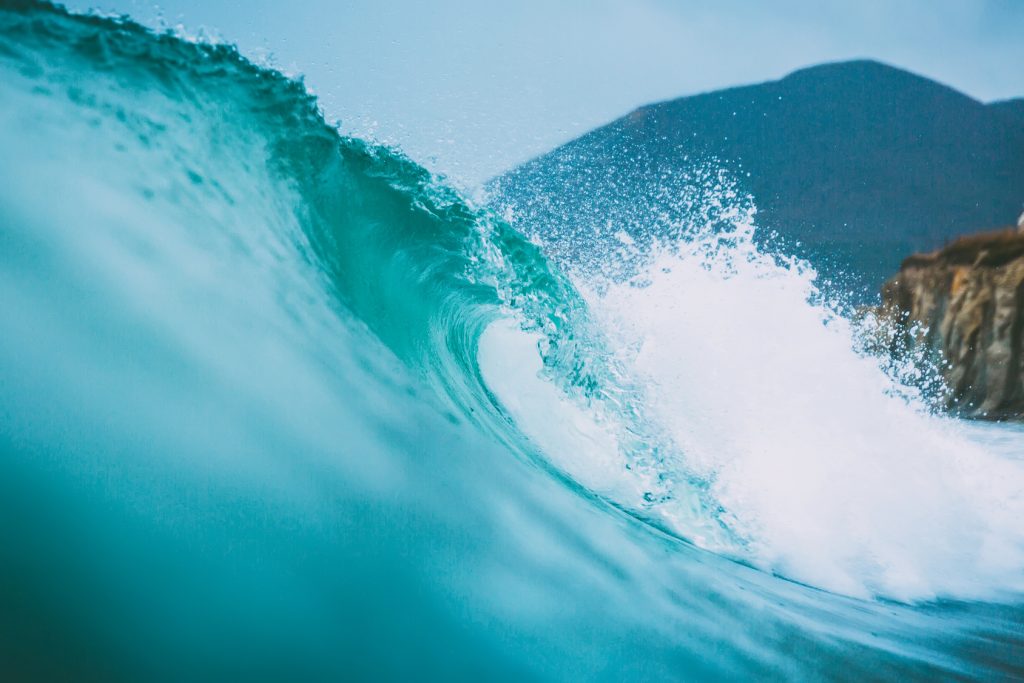 Hang Out at Piscinas

Just along the shore from El Medio we found Piscinas, which is a spot where there’s a fantastic place to relax and watch surfing. We didn’t actually surf here, as the waves were scarily big and it’s quite rocky, but we hung out by the rocky beach and watched the advanced surfers. The kids loved it! 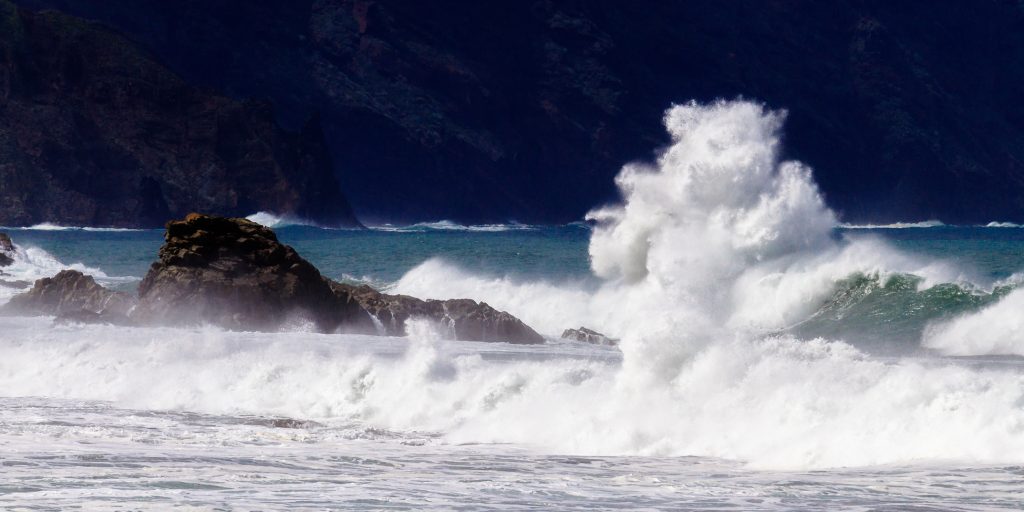 Watch the Pros at La Izquierda

This is definitely one just for the experts, but if you feel that you’re up to it, I have to admit that it looked amazing. Our instructor said that there’s a reef just under the water which tends to catch out inexperienced riders and can cause coral cuts and bruises. From what I saw, this is where the locals surf, so make sure that you’re up to it before heading out on these waves!

On our last day, our instructor took us up the coast from Piscinas to La Derecha del Conquistador because he said you could get longer rides here than in El Medio. There were rocks under the surface in places, but our instructor kept us to the best parts of the beach and it made for an exciting last day.

How to Get to Playa de las Américas

Getting to Playa de las Américas for your surfing holiday couldn’t be easier with a range of budget and premium airlines flying from the UK to Tenerife South Airport. The flight takes around four hours.

If you’re already keen surfers and have your own equipment, your best bet is to book a Shuttle Direct airport transfer online before you leave home. Let Shuttle Direct know what equipment you will have with you, and they will ensure an appropriate vehicle to carry your boards, and will take them to your accommodation at no extra charge.

Apartment Parque Santiago 3 – For a cosy self-catering apartment, which is close to all the action on the beach, consider Apartment Parque Santiago 3. The apartments also feature a fantastic communal pool area, sun terrace and gardens, as well as access to the water park. There’s free Wi-Fi throughout, so the kids will have no problem posting surfing pics that their friends back home can enjoy.

Sol Tenerife – If you’d rather just relax and not have to cook, Sol Tenerife is just three minutes from the beach and has three swimming pools, tennis courts, a volleyball court, a football pitch and a kids’ club. Again, there’s free Wi-Fi throughout.

Residencia Las Viñas– If you prefer your own family space, then the basic but spacious apartments at Residencia Las Viñas could be for you. Just six-minute walk from the beach, the property offers water sports facilities and bike hire.

Shuttle Direct is Europe’s leading airport transfer provider. Perfect for sports enthusiasts, let Shuttle Direct know when you make your booking what sports equipment you will be travelling with, and they will transport it to your accommodation at no extra cost.