Who could help but fall under the spell of Tenerife? The largest of the Canary Islands is a favourite with sun seekers from all over the world, who come for the beaches and come back time and time again for the warm Spanish hospitality and relaxed island lifestyle. But anyone looking to explore the island’s authentic culture and stunning natural attractions will not be disappointed either.

If you’re coming to spend a few lazy days exploring the beautiful north coast region, Shuttle Direct can get you from Tenerife North Airport to Puerto de la Cruz in comfort and style, without the hassle of trying to navigate public transport. You’re welcome! On the short 30-minute journey you’ll pass through some of the island’s most wonderful cultural “secrets”, so eyes on the road – nuestra casa es su casa! 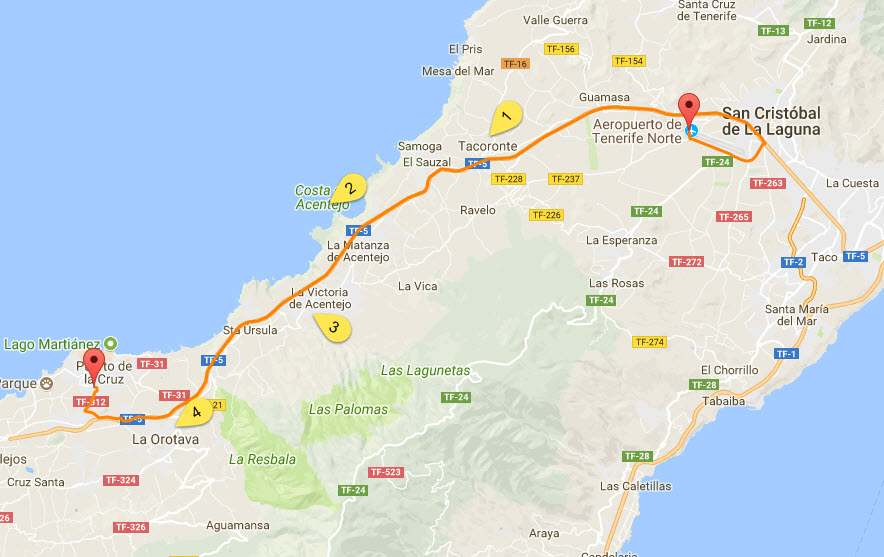 Just over half way from Tenerife North Airport to Puerto de la Cruz is the beautiful coastal town of Tacoronte. Its diverse landscape offers a wealth of cultural attractions alongside the opportunity to explore windblown coastal cliffs and the cool, lush forests of Agua García.

Culture: La Alhóndiga is the town’s original seventeenth-century corn exchange, which today is used to host events. While you’re there you can also visit El Calvario, another well-preserved seventeenth -century building. The pretty Parish Church of Santa Catalina is considered one of the most important religious sites in the Canaries, dating back to the sixteenth century, while the town’s other church, the Santísimo Cristo de los Dolores, is home to an impressive figure of its famous namesake.

Nature: For nature lovers there’s nothing more delightful than exploring the still, verdant forests of Agua García. This protected landscape is home to an abundance of magnificent laurel trees. You can spend hours wandering the well-kept paths, surrounded by nature in its purest form. Hamilton Gardens is one of the island’s best-loved green spaces and is a wonderful place for a picnic or a quite contemplative walk.

Recommended Visit Time: Half a day if you’re just exploring the town, but allow another few hours for a leisurely walk in Agua García. 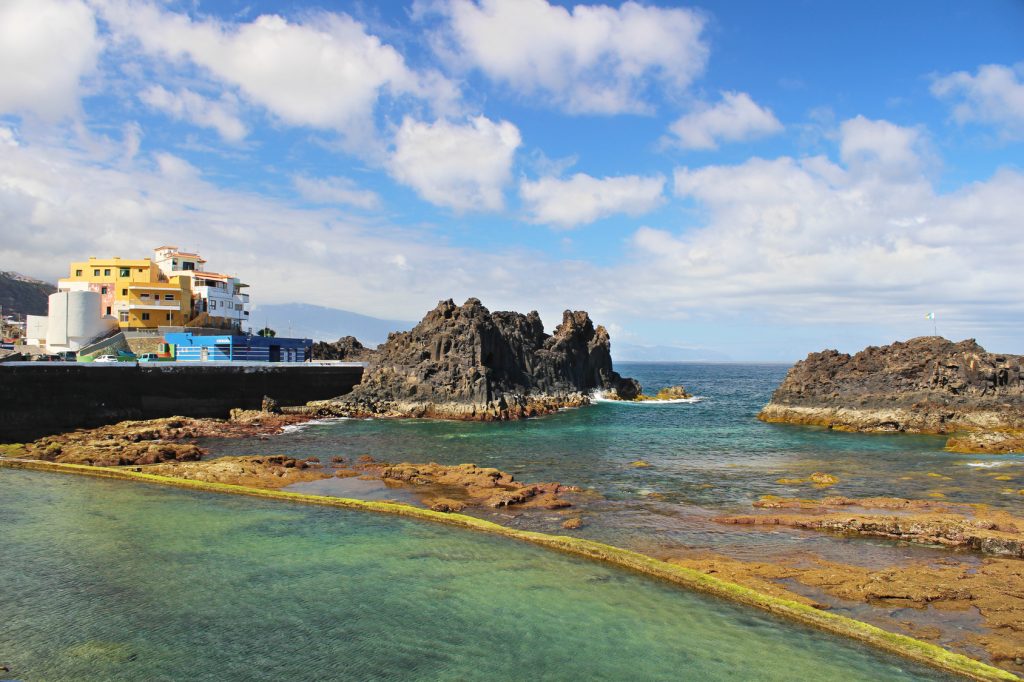 When you reach the Costa de Acentejo you may have to pick your jaw up off the floor of the vehicle, so stunning are the coastal views. But you’ll never do them justice from behind a moving window so this is one place you’ll definitely want to make time to visit.

Nature, nature and more nature: There’s so much natural beauty to take in on this spectacular coastline. For those with the desire and energy, the very best way to do it is to set off on a hike along the Costa Acentejo Coastal Path.

You don’t need to be super fit (just in good health) as the path is just over 2km long, stretching from El Puertito to Rojas – oh, but what a couple of kilometres they are! It follows the contours of the cliffs, so there are certainly some uppy downy bits, but it’s very well maintained. Along the way you’ll encounter crashing waves, rocky shores, rock pools, deserted beaches and a host of endemic flora. The best news about taking a walk along this absolutely gorgeous coastal trail is that you get to do it all again on the way back…

Recommended Visit Time: You can cover the approximately 5km-round journey along the Costa Acentejo path easily on a half-day excursion. 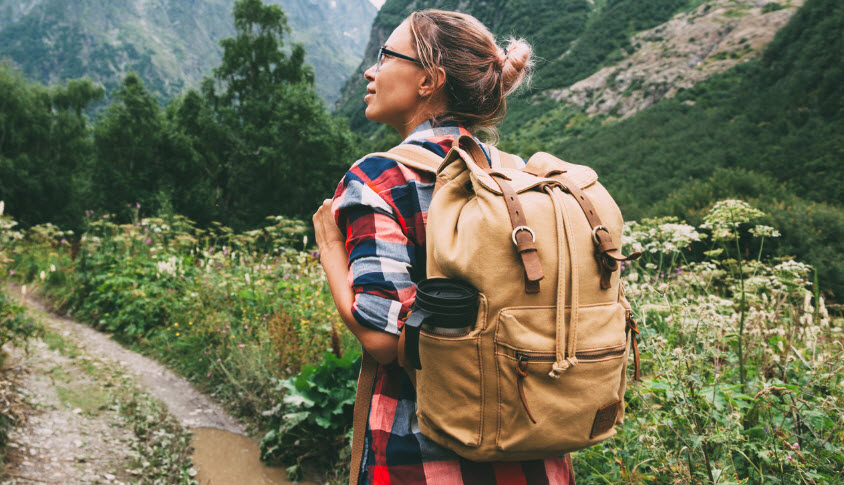 The picturesque rural landscape around La Victoria de Acentejo is home to farmland, vineyards and banana groves. But it also has important historical ties, as the site of one of the battles in which the Spanish army was finally victorious over the Guanches – hence the name, La Victoria.

Culture: The charming town is home to numerous restaurants and taverns, serving up the famed local wine and traditional cuisine. The locals are particularly welcoming to visitors; one of the best ways to immerse in the culture is simply to stop for lunch.

The Calvary of La Victoria sits on the site of a former church, but today you can visit to see its collection of valuable sculptures. The most significant building in the town is the Church of La Victoria, which dates back to 1573. Its interiors are elaborately decorated and one of the main points of interest is the Centenary Pine, a centuries-old pine tree at the rear that was once used as the church bell tower.

Nature: You’ll barely know where to start, but a good point is the spectacular Acentejo Ravine, a coastal area of such outstanding beauty it’s been designated an Asset of Cultural Interest. Aside from its good looks, the ravine is the site of one of the most famous battles between the Guanches and the Spanish invaders. (In this case it was Guanches 1, Spanish nil.) For a leisurely walk and breathtaking views along the coastline, head up to La Sabina lookout on the cliffs behind the town.

Recommended Visit Time: Half a day will give you ample time to explore. 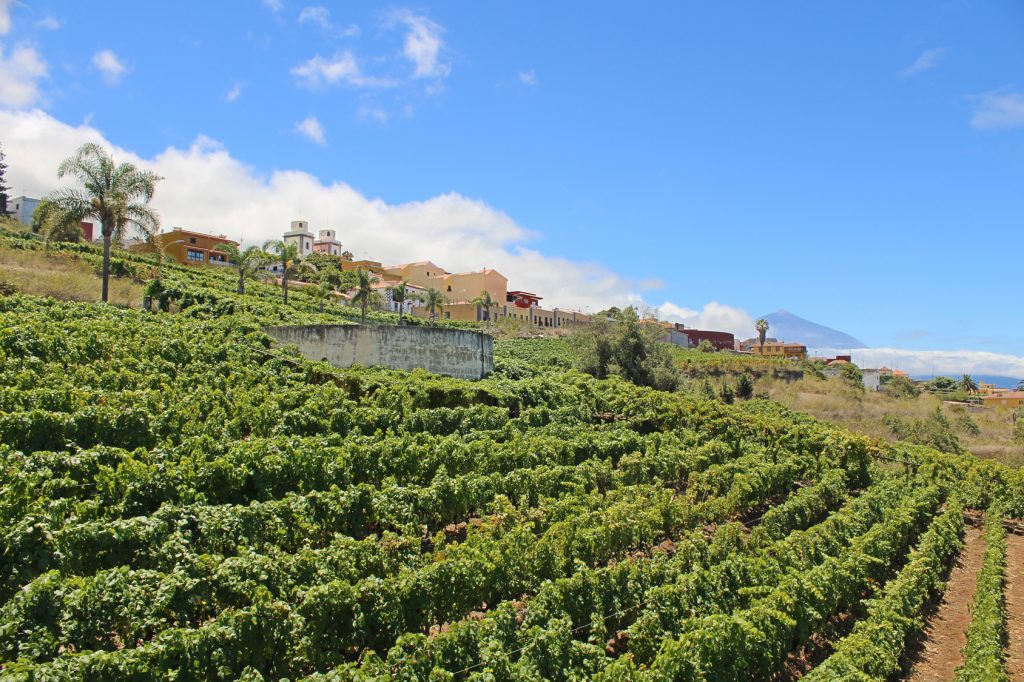 Just before you come into Puerto de la Cruz, you’ll pass through La Oratava, set in a valley many people claim as the most beautiful on the island. The township offers a glimpse into an authentic slice of traditional life and it’s received the prestigious cultural status of “Historic-Artistic Site”.

Culture: The entire town is a cultural monument. Its charming streets are lined with beautiful architecture, including the Casa de los Balcones, Casa Lecaro, Liceo de Taoro (the town palace) and the impressive Town Hall. There are also numerous churches including the seventeenth-century Church of Santo Domingo, the austere Church of San Juan Bautista and the main parish Church of La Concepción.

Nature: With around 80% of Teide National Park belonging to La Oratava, you’re spoilt for choice when it comes to immersing in the magnificent natural surrounds. Along with a network of trails that cross-cross Teide National Park, you can also explore Corona Forestal National Park, the Pinoleris Nature Reserve and the Protected Landscape of La Resbala. Pack your boots, you’re going to be busy…

Recommended Visit Time: Set aside a whole day to explore the culture and nature of La Oratava and you can still be back in time for tapas! 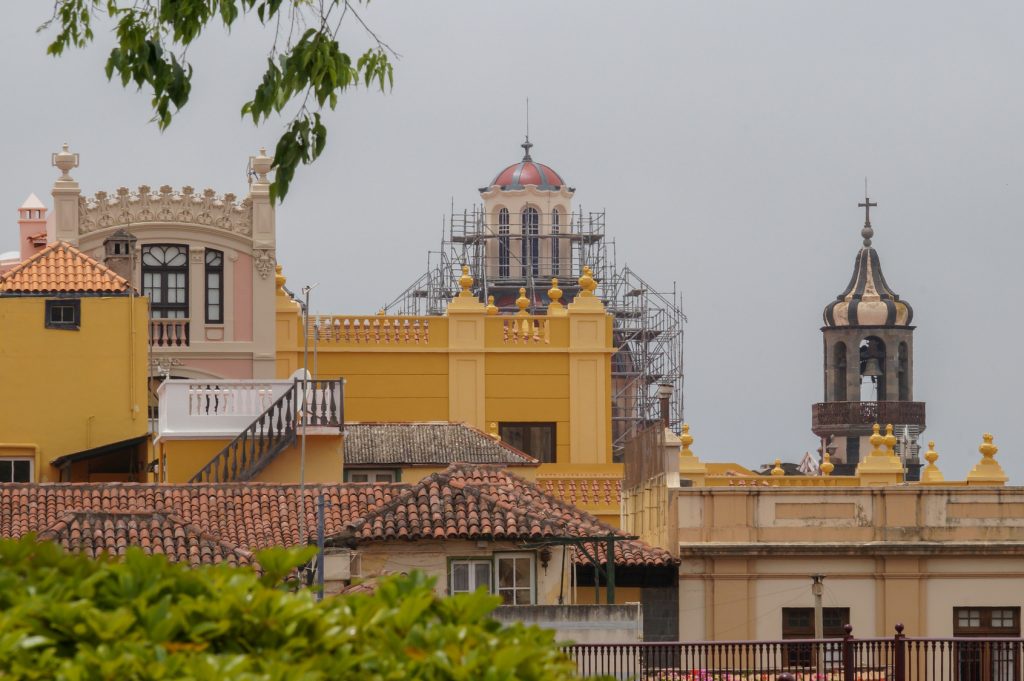 Your transfer from Tenerife North Airport to Puerto de la Cruz is the ideal opportunity to get your bearings around the beautiful north coast region of Tenerife. Make sure you stay alert to note down some of the places you may like to return to on a day trip.

Need to get from Tenerife North Airport to Puerto de la Cruz? As the most trusted provider of airport transport in Europe and North Africa, Shuttle Direct is the most convenient and cost-effective option. With a range of shared and private transfers at your disposal, we’ll get you wherever you need to go in comfort and style.

NB. This route guide has been compiled as an aid to visiting the region. Your airport transfer service from Tenerife North Airport to Puerto de la Cruz does not include stops to these destinations.