Located off the west coast of Greece the Ionian Islands consist of seven main islands of which Corfu, Zante and Kefalonia are the best known. Kefalonia (or Cephalonia) featured in the 2001 film entitled ‘Captain Corelli’s Mandolin’ starring Nicolas Cage and Penelope Cruz. It tells the story of the thousands of Italian soldiers who were executed on the island by Nazi forces after the armistice was signed between Italy and the Allies in September 1943. The film also portrays the 1953 earthquake which destroyed most of the island and led to the emigration of much of its remaining population. The 25,000 people who stayed behind rebuilt much of what we see today.

Cruise ships visiting Kefalonia usually dock at the pier in Argostoli which is the island’s capital. With limited berths available some ships use tenders to transport passengers to the harbour. The pier is only a short distance from the town centre so visitors can walk into Argostoli. Tour buses operated by the cruise companies depart immediately from where you disembark, otherwise you can take a taxi tour with one of the vehicles awaiting the arrival of ships from the dock. These taxis will take you to local beaches, specific attractions or for a general tour of the island. Drivers are well versed in how long ships are in port so can tailor their tours accordingly.

Kefalonia International Airport lies less than 10km south of the main town and port area of Argostoli. There’s a limited bus service operating between the airport and the town but plenty taxis are usually available. Alternatively you can pre-book a transfer with Shuttle Direct for transport to the port or to hotels all over the island. 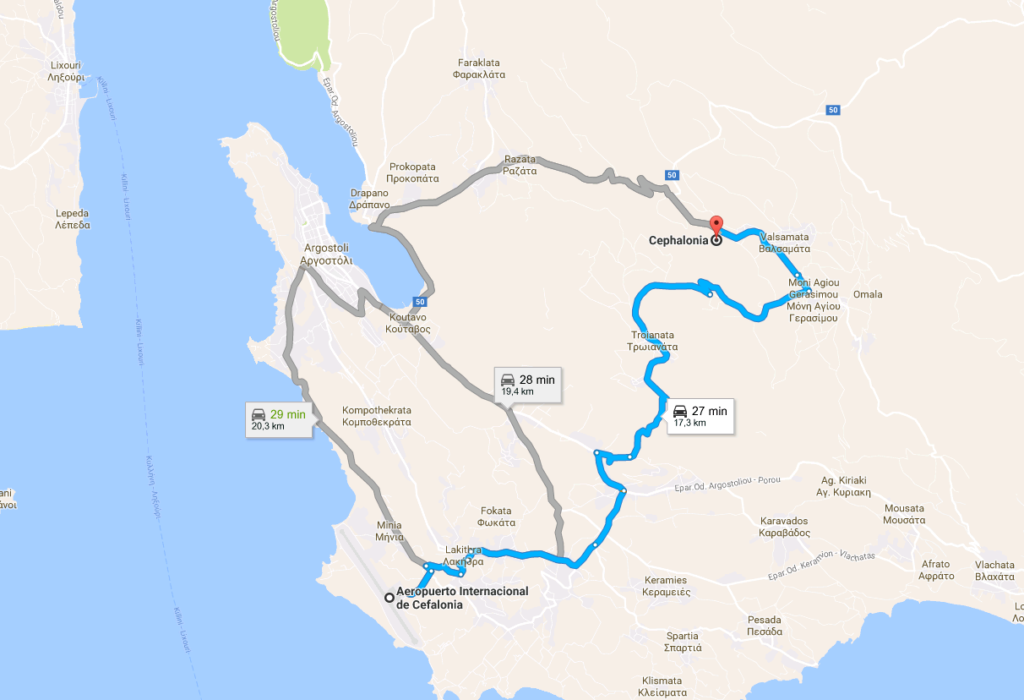 Getting Around in Kefalonia

From the Port of Argostoli it’s only a short stroll into the town centre with no need for any form of transport. However, there isn’t a lot to see in the town itself other than its shops, modern churches and a couple of museums. If you’re only in port for a few hours you’ll have no problem spending them in Argostoli, however, if you have a full day available you’d be advised to take one of your cruise line’s shore excursions or arrange to have a driver collect you at the port for a tour of the island. Public transport can be unreliable so isn’t recommended when time is limited.

Due to the earthquake which largely destroyed the town of Argostoli in 1953 most of the buildings have had to be rebuilt. A few places to take a look at during a brief visit include:

Vallianos Square: This is the main square in the town centre which is the hub of local life. Cruise passengers tend to congregate at the café surrounding the square and wander around the nearby shops. The main shopping area, however, is a pedestrianised street just south of the main square called Lithostroto.

Insider Tip: For a nice lunch in just off the main square of Argostoli pay a visit to Casa Grec (12 Metaxa Stavrou). They serve a fine range of Greek specialities in their lovely courtyard. Another highly regarded spot for lunch amongst cruise ship visitors is Portside Taverna (58 I. Metaxa) which is excellent for seafood and pasta dishes.

De Bosset bridge: For a pleasant stroll with lovely views head for this pedestrianised walkway which links Argostoli with the village of Drapano. Look out for the obelisk half way along which was built by the British during their rule over the island following the Napoleonic Wars. There’s also a British Cemetery situated at the north end of the bridge where British Servicemen and their families are buried. 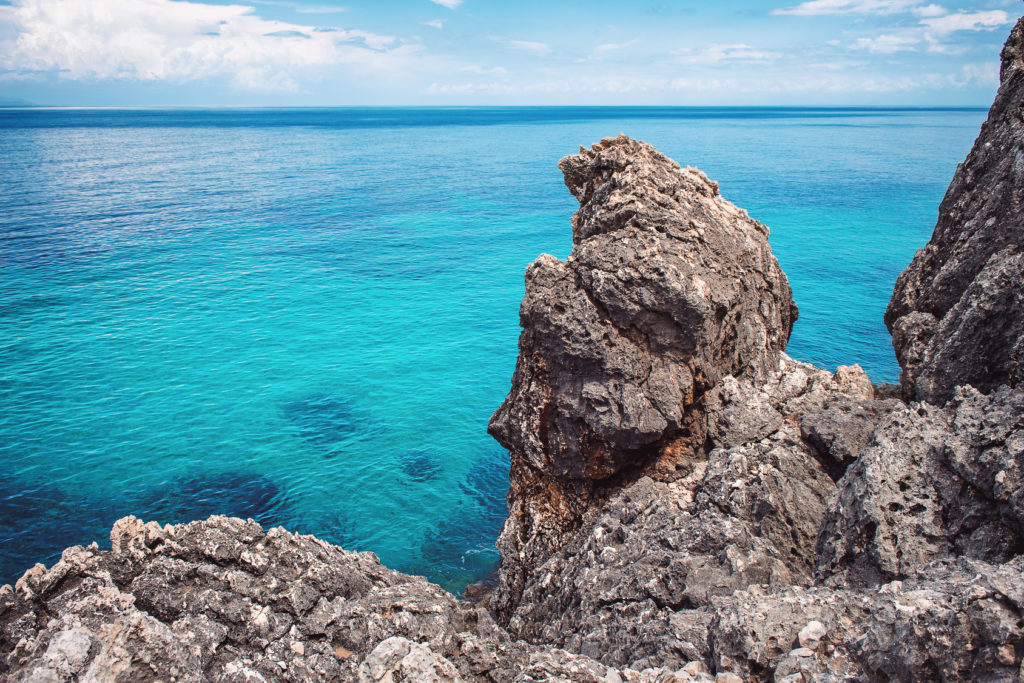 Museums: Kefalonia was an important centre of Mycenean culture, artefacts from that era are exhibited in the town’s interesting archaeological museum. There’s also a History and Folk Art Museum which helps show visitors something of life on the island before the earthquake struck.

Beaches: If you simply want to relax for a few hours then you can head for Gradakia beach which is only about 2km west of town. A little further afield is Makris Gialos which is one of the island’s most popular beaches. There are taverns where you can enjoy lunch at both destinations which are easily accessible by means of local taxis.

If you have a full day in port then you might be interested in getting out of Argostoli and seeing more of the island. Some of the highlights of shore excursions of Kefalonia include the following:

Drogarati Caves: Lying some 25km east of Argostoli these spectacular caves with their amazing stalactites and stalagmites in a deep cavern were only discovered after the earthquake. They are one of the island’s main attractions. 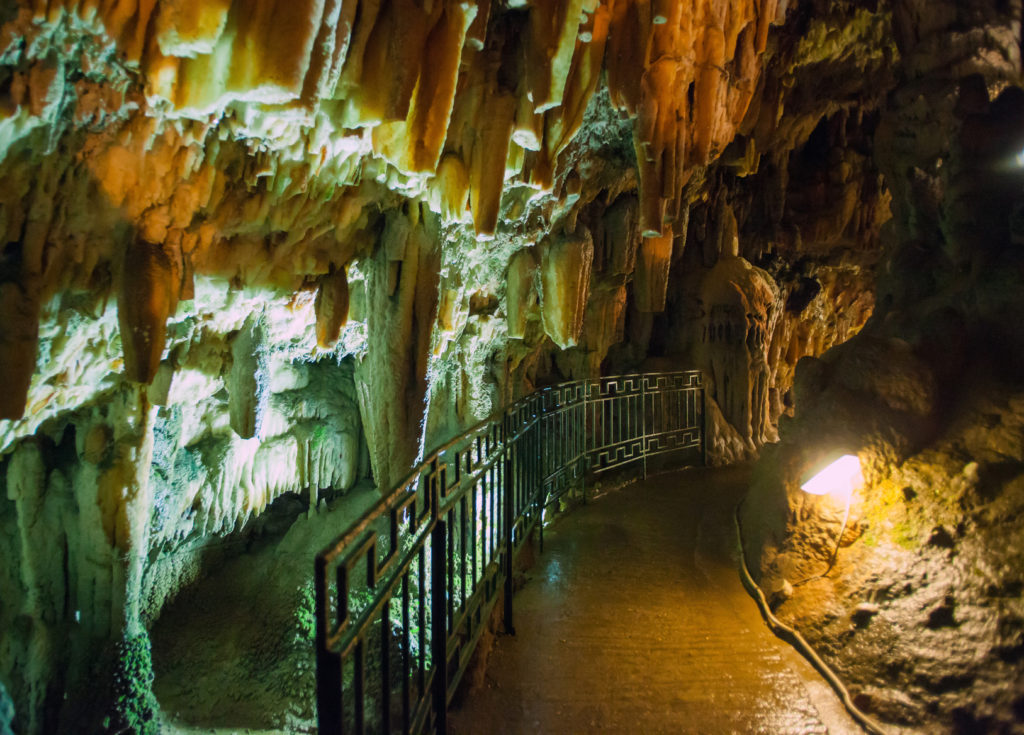 Melissani Lake: Just 5km beyond the caves is this subterranean lake where you can take a boat ride into the cavern. 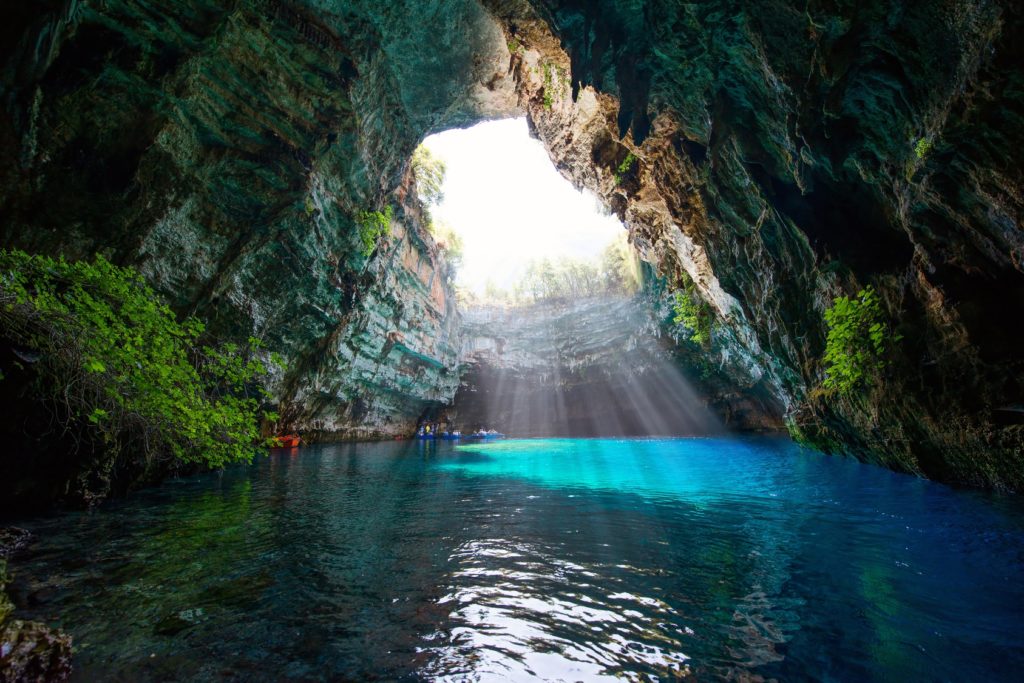 Agios Gerasimos Monastery: In the middle of the island just 15km east of Argostoli is the Monastery of St. Gerasimus which is well worth a visit. Located on the side of a mountain near the village of Valsamata this is the island’s most important religious site where the remains of the island’s patron saint are preserved in a silver urn.

St. George Castle: Just 8km south-west of the port is the village of Peratata above which are the 1600 year old ruins of the Castle of Saint George. Before 1757 this was the capital of Kefalonia but a history of invasions and the earthquake have largely destroyed the structure leaving much of its former grandeur to the imagination of the visitor.

Assos Castle: Located on the island’s north-west coast some 35km from the port is one of the largest castles in Greece whose construction began in 1593. It is an ideal defensive structure standing on a rocky hill at 170m overlooking the peninsula it protected. 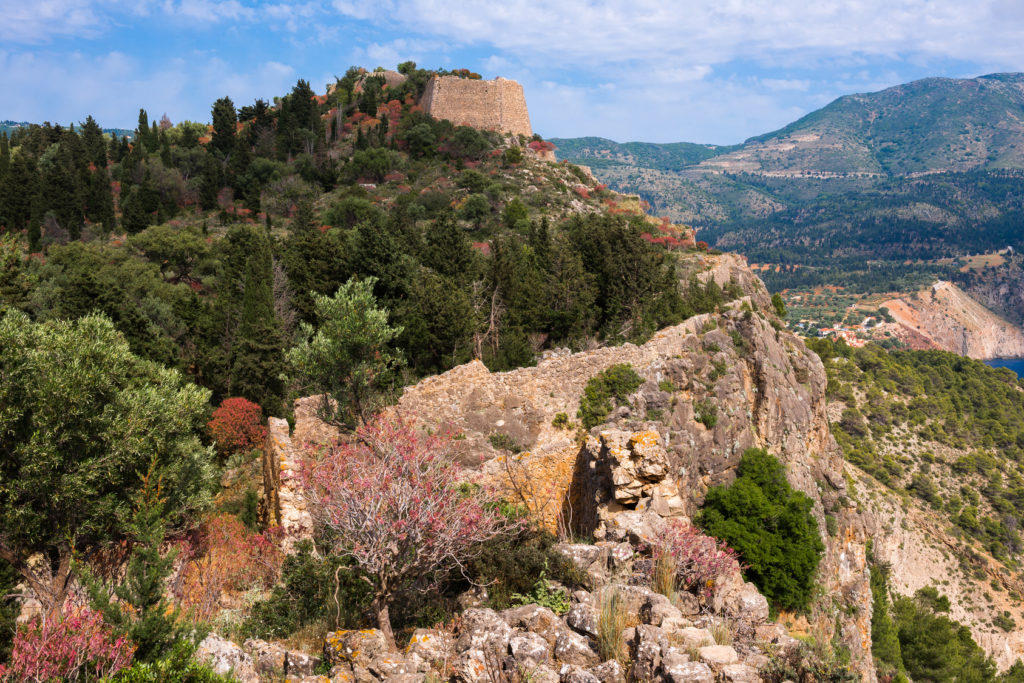 Myrtros Beach: Located on the north coast beneath spectacular cliffs it’s well worth paying a visit to what is probably Kefalonia’s most beautiful beach. It has some beautiful white sand and clear water which is ideal for snorkelling. There’s a small beach bar otherwise you can head into the nearby village of Assos for refreshments.

Fiskardo Port: Beyond Assos in the very north of the island some 50km from Argostoli is the lovely fishing village of Fiskardo which one of the few settlements undamaged by the earthquake which wreaked havoc on the island. Tourism flourishes in this small corner of Kefalonia which makes for an ideal lunch stop on your whirlwind tour. For one of the best locations and excellent food try Elli’s Restaurant located right on the harbour front.