If making New Year’s resolutions is your thing, then a ski break to Kitzbühel in January has to be your number 1 priority. Why, I hear you ask? Just the small matter of the legendary Hahnenkamm Race, the highlight of the World Cup ski racing circuit that has demanded pluck, a healthy dose of risk-taking and no little skill since 1931. In 2018 the 78th edition of the race falls on Saturday 20 January, the culmination of several days of fast and furious action on the slopes. And if it’s anything like previous years there’ll be thousands of fans and a fair smattering of celebrities converging on this Austrian ski resort to cheer on their heroes and party the Alpine nights away. Sounds pretty awesome to me! 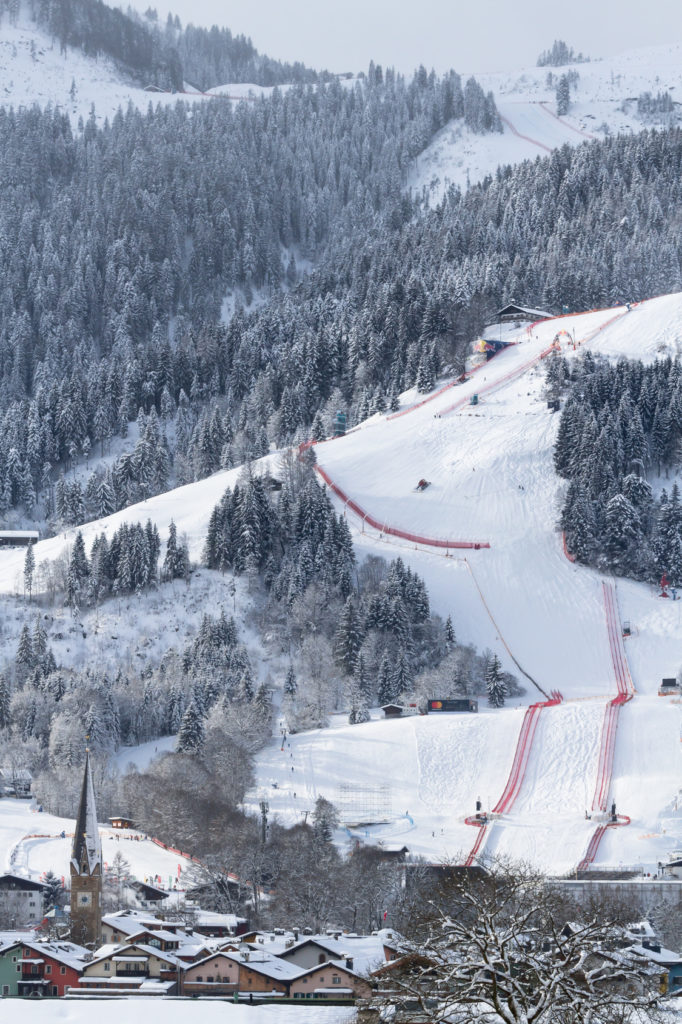 Depending on which past winner of the Hahnenkamm Race you talk to, you either have to be a tiger or just a little crazy to be a winner on the Streif. In less than 120 seconds, racers descend 2821ft and travel at speeds of up to 95mph over a course that starts with the interestingly-named Mausefalle (mousetrap) jump. If its 85% gradient, which sees racers travel 262ft through the air in mere seconds, doesn’t get the hearts of racers and spectators racing, then the 3G turn on the Karussell  and then the icy bumps of the Steilhang certainly will.

The jumps, bends and compressions keep on coming, and it’s only with the crossing of the finish line that competitors can relax and breathe again. Regardless of their finishing position, all who compete truly deserve the cheers of the spectators. And the course record they’re chasing? An incredible one minute 51.58 seconds, laid down by the Austrian Fritz Strobl in 1997. Even if that isn’t breached this time, the winner will still walk away with a cool €74,000. What’s more, their achievement will be immortalised when a gondola is named after them. 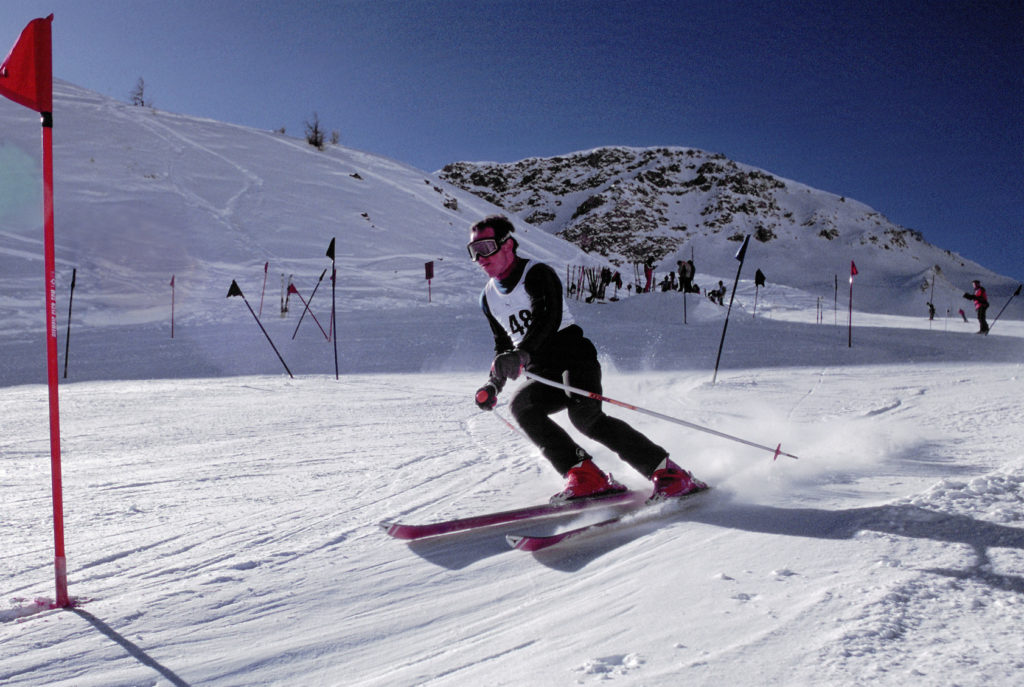 If all of this has sent you into a fantasy world where you conquer the Streif in front of thousands of ski fans from around the world, you’re in luck. Well, I can’t promise the adoring crowds, but the Streif is open to daredevils in December before the race. Get to the start by going all the way up to the top in the Hahnenkamm cable car. Some sections, such as the Mausefalle, are only for experts, so if you feel it’s a stretch too far, there are parallel runs that join up with the ‘less’ challenging parts. It’s too late to test yourself this year, but there’s always next year… and the Streif won’t be going away any time soon.

Kitz’s well-established nightlife means the fun continues well after the day’s racing has run its course. O’Flannigans Irish Bar is a tried-and-tested favourite (think no-frills cheap beer and a friendly craic), while the Londoner pub is never short on fun and atmosphere but goes to another level on Hahnenkamm Race weekend – find a table and enjoy some great live music. But if that isn’t enough to tempt you, a tradition dating back to the 80s is that the podium finishers get behind the bar at the Londoner and serve the punters. And from what I’ve heard, those guys drink as hard as they ski! 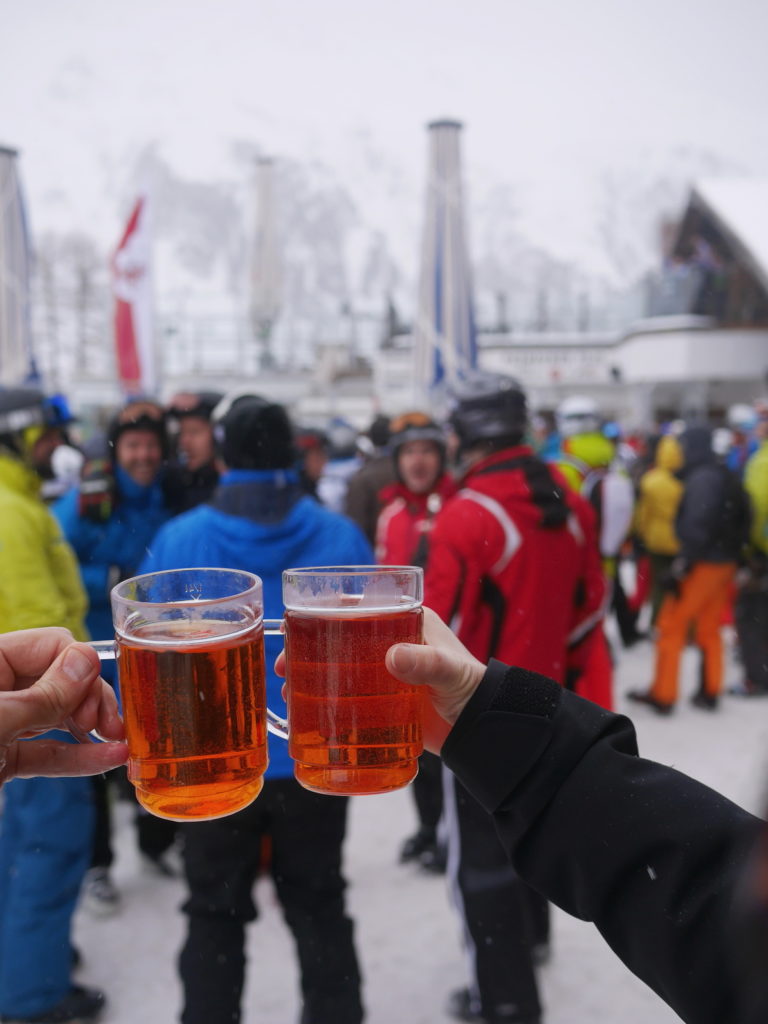 The adrenaline might still be pumping from watching the race, so get down to Highways Music Bar, Mangoes or Take Five for partying till the early hours. Take Five, with its three bars and cool vibes, is the nightclub of choice for many visiting big names, so if you missed out at the Londoner there’s still a chance you may find yourself putting the drinks and cocktails away alongside the hero of the day.

How to Get to Kitzbühel

There are several airports within reach of Kitzbühel that are well-served by flights from the UK: Salzburg, Innsbruck and Munich. British Airways and easyJet fly directly from London to Munich, which is a two-hour drive from Kitzbühel. When you arrive, one of Shuttle Direct’s friendly drivers will be waiting to take you off for a New Year’s resolution you won’t regret having made. 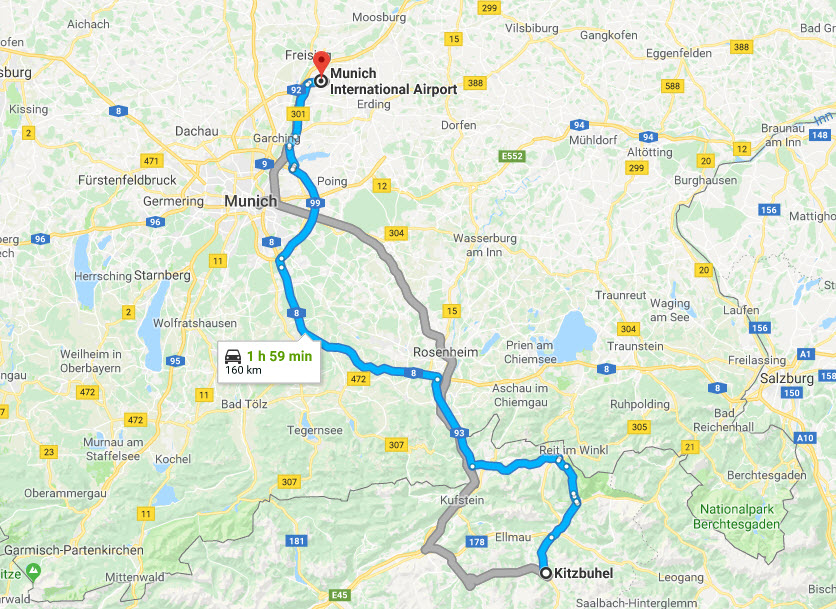 Hahnenkamm – Less than a kilometre from the Streif, Hahnenkamm is aptly named and a great all-round choice. A well-stocked kitchen gives complete flexibility on when you eat – just don’t expect a bright and breezy breakfast if you’re planning to make the most of Kitz’s nightlife! Rooms and communal areas are homey, with a TV, DVD player and free Wi-Fi thrown in.

Apartment Streif – This property is also ideally located for race day and coming back from a big night. With a kitchenette that’s more than enough for quick meals (there’s a supermarket a little over half a mile away), free Wi-Fi and a balcony that’s perfect for pre-drinks if it’s not too chilly, Apartment Streif has a lot going for it. 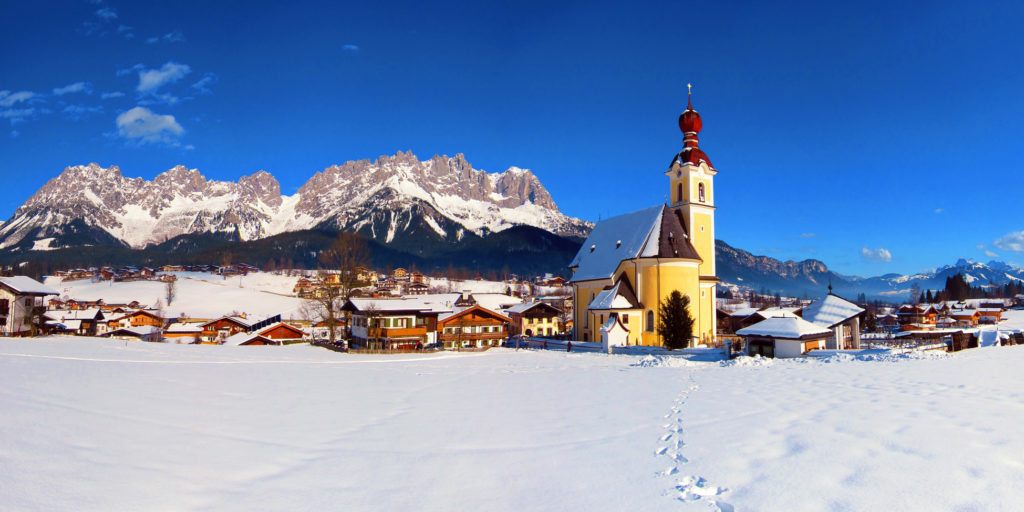 Shuttle Direct gets travellers across Europe and North Africa from the airport to their accommodation quickly and safely at great prices. With only a few clicks on our website, you can book a fixed-price transfer for you and your mates – it’s that no-hassle approach that has been keeping our customers happy since 2002.