Montenegro is a small country in south-eastern Europe which only proclaimed its independence in 2006. It coastline of almost 300km stretches from Croatia in the north to Albania in the south. Before the Yugoslav wars of the early 1990s it had a fairly prosperous tourism industry but this was largely destroyed in the post-war years. In more recent times the country has seen a reversal in its fortunes partly thanks to a government initiative to promote Montenegro as an elite holiday destination. This initiative included the development of the exclusive Porto Montenegro in the Bay of Kotor which you can see from your cruise ship shortly before arriving in the UNESCO World Heritage City of Kotor.

The local economy of Kotor has been rejuvenated thanks to the cruise ship industry which sees around 500,000 passengers visit the town on Eastern Mediterranean cruises. During a day in port there is plenty of interest for visitors both within the old town itself and at historic destinations located just a short drive from the port area.

If you’re due to arrive in the small and secluded Port of Kotor in the morning, be sure to be on deck at least 90 minutes before your scheduled arrival time so as to witness the spectacular scenery of what is often referred to as ‘Europe’s most southerly fjord’. The truth is that Kotor stands on an ancient riverbed which is reached by way of a waterway from the Adriatic Sea, a short journey which will prove to be one of the highlights of your cruise.

On arrival your ship will dock at the pier next to the old town or berth just offshore and transfer passengers to the harbour by tender boat. Whichever way you arrive, you will be within a short stroll of the 16th-century Sea Gate which is the main entrance to the old town. 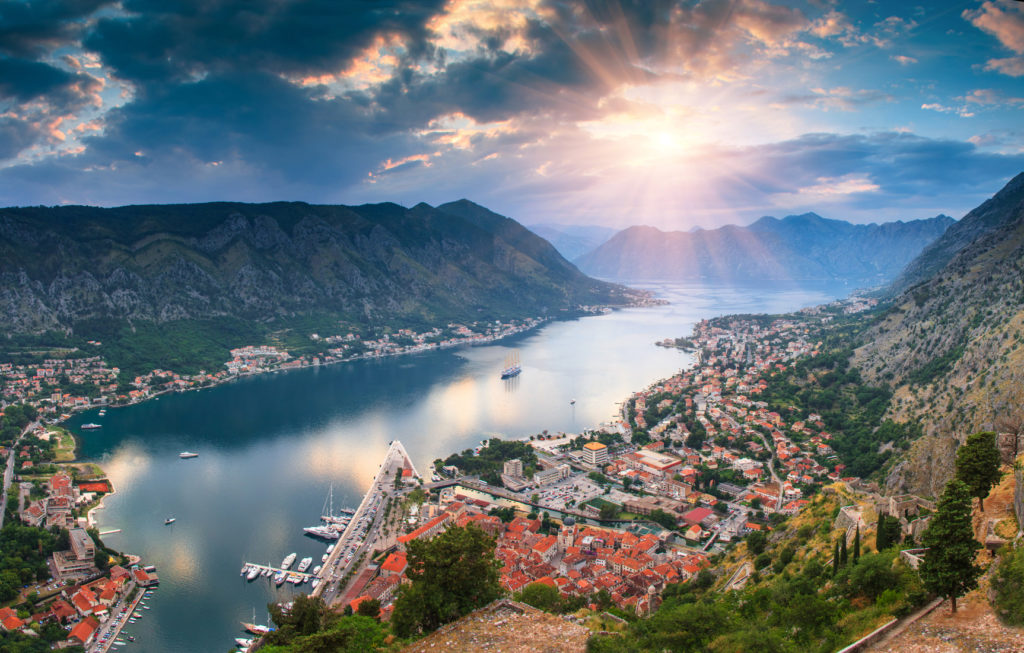 If you’re heading for Kotor to meet a ship or your cruise ends here you’ll need to arrange flights to and/or from the region. The closest airport to the port is Tivat which is only 8km to the south-west by road. It sees more incoming flights from around Europe than Podgorica Airport in the capital of Montenegro which lies 90km to the east. Probably the most convenient option considering the volume of incoming flights is Dubrovnik Airport in Croatia which is only 70km to the north-west of Kotor. You can book private transfers from Tivat Airport with Shuttledirect. They also serve the airports of Dubrovnik and Podgorica.

Getting Around in Kotor

The old town of Kotor is tiny and easily accessible on foot. If you want to travel further afield you might like to negotiate a short taxi tour with the drivers who wait for the arrival of cruise ships at the pier. Be sure to confirm prices before departing on any such tours. Another option for getting outside the city is to take the Kotor Open Tour which is a hop-on, hop-off tourist bus transporting passengers on a short tour of the bay with stops at Bajova Kula, Perast (from where you can take a boat to the Church of Our Lady of the Rocks) and Risan which is the oldest settlement on the bay. On returning to Kotor you can take a guided walking tour of the old town which is included in the price of the bus ticket.

Old Town of Kotor: Stepping off your ship in the UNESCO World Heritage City of Kotor is a real treat as you first come face to face with one of the best preserved medieval towns of the region. Historic highlights of the old town dating back to 12th and 14th centuries include the Cathedral of Saint Tryphon (Sveti Tripun) and the Church of Saint Luke (Sveti Luka). These attractions together with a number of impressive palaces lie within a triangular area which make up the old town. You should also take a look at the formidable city walls to the north and south-west of the old town. Dating back to the 9th century these walls are now a popular attraction for visitors wishing to walk up to Saint John’s (San Giovanni) Castle. 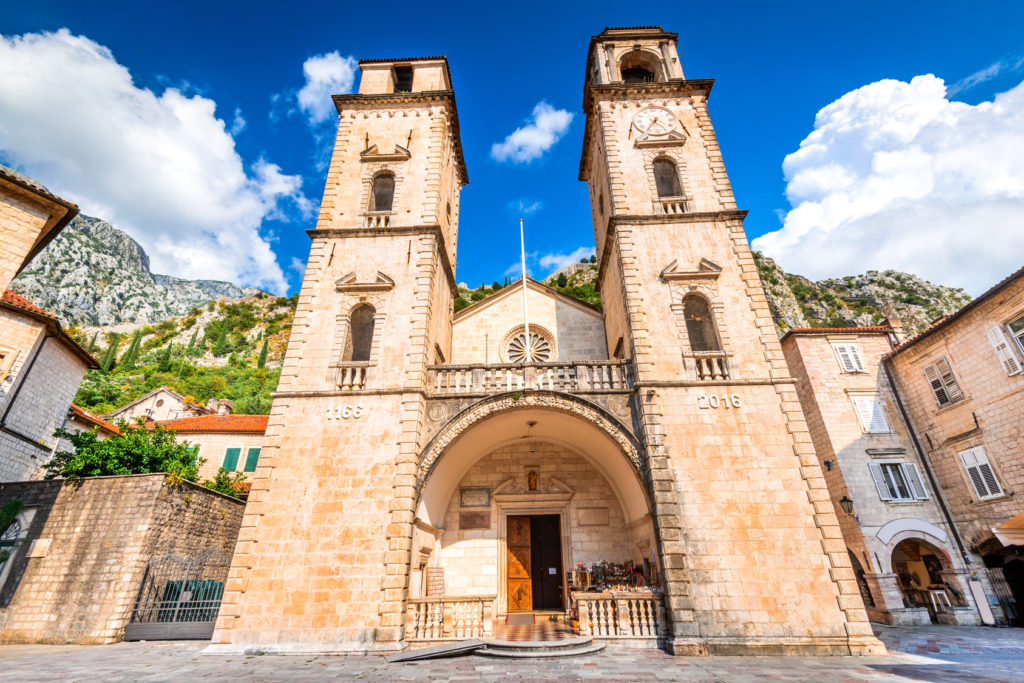 Saint John’s Castle: The views from this castle which overlooks the old town and the Bay of Kotor from the east are quite spectacular. The hike itself is fairly challenging, rising from sea level to 260 metres by way of more than 1300 steps. It is only recommended for those in reasonable physical shape and should be walked as early as possible during the summer months to avoid the extreme afternoon temperatures.

Insider Tip: You’ll stumble upon plenty attractive cafés in the old town where you can enjoy a relaxing lunch. One place which deserves a special mention is Tanjga (Suranj Bb). This is a simple, family-run place which is something of an institution in Kotor thanks to superb barbecued meats which they’ve been serving for more than 40 years.

Beyond Kotor: You can easily enjoy a couple of hours wandering around the streets of Kotor and some cruise ship passengers might also decide to hike up to to the Castle of St. John. However, if this sounds too strenuous and you’d like to get out of town for a look around the area there are a number of interesting places to see. Our Lady of the Rocks is a historic church standing on a small island just off the coast of Perast some 12km north-west of Kotor. You can get there as part of a taxi tour, on the hop-on, hop-off bus tour or by public bus. 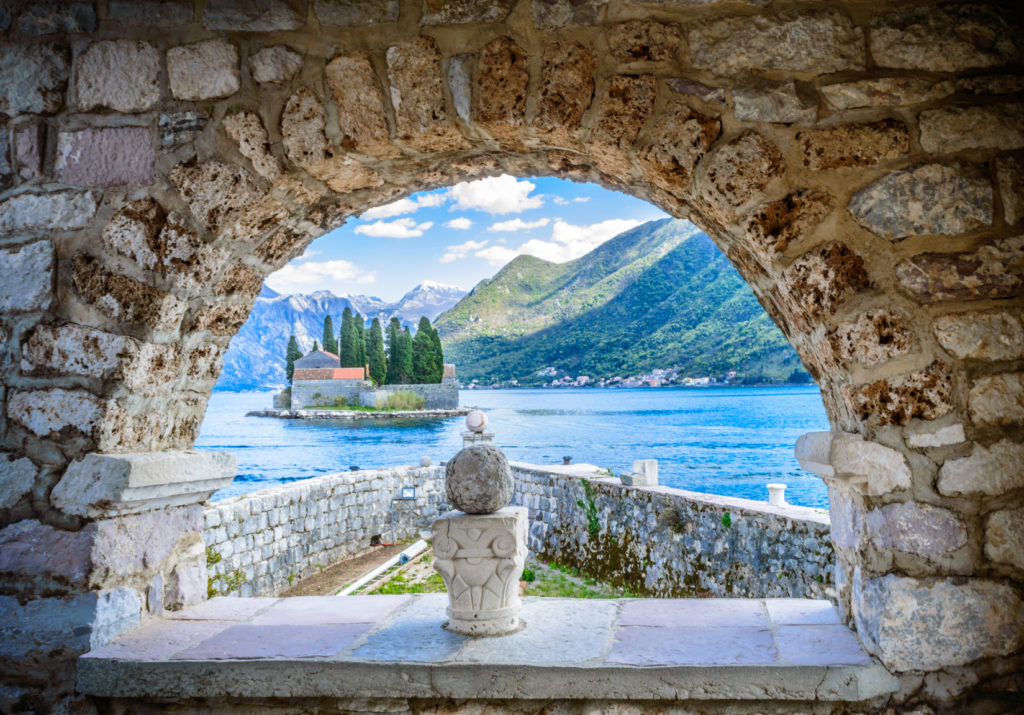 Otherwise you might head for Budva which lies 22km south of Kotor and is the country’s main tourist destination. Standing on a peninsula its walled old town is home to a wealth of historic buildings including the 7th century Church of Saint Ivan. Nearby are some of the country’s best beaches known collectively as the Budva Riviera. Taking a shared taxi tour with one of the drivers at the pier in Kotor is the best way to get there.

One Night in Kotor

If you happen to have an evening in the Port of Kotor you might like to take a 10km taxi ride from the old town to Porto Montenegro. This exclusive marina village which was built in a former naval base welcomes the superyachts of the rich and famous and is home to a number of exclusive residences. It is Montenegro’s version of Monaco where visitors can frequent a whole host of designer cafés, restaurants and designer retail outlets on a site with exquisite views across the Bay of Kotor.

Alternatively, you could simply stroll north from the old town towards the residential area of Dobrota where you’ll find a number of attractive restaurants where you can enjoy dinner overlooking the sea. Caffe del Mare (Dobrota donji put) is highly recommended for al fresco dining where seafood is the order of the day. A little further along the coast is Konoba Portun (Dobrota 168) which is recognised as one of the best restaurants in town. Their sea bass dishes accompanied by white wines from the region prove to be a winner with locals and visitors alike.