Our airport transfer from Bari to Naples cuts straight across the breadth of Italy, giving a fascinating tour from east to west. The three hours of the journey fly by as the panorama of southern Italy unfolds: medieval fortresses, Roman ruins, vineyards zig-zagging the gentle slopes, and above all that the unmistakeable turquoise arc of the Italian sky. This route guide outlines just some of the fascinating locations situated on the road from Bari to Naples. Let holiday inspiration commence!

Castel del Monte: A small yet perfectly-proportioned city, fertile Andria is home to one of the most stunning castles in the country, Castel del Monte, which looks like it’s come straight out of a medieval fairytale. A UNESCO World Heritage site, the castle was constructed in the 1240s. Its unique octagonal design resembles a snowflake, solidified in stone.

St. Michael’s Cave: South of Andria you’ll find St. Michael’s Cave. A cave is always a sight to behold, in my opinion, but this one is extra fascinating, as it was converted into a church in the eleventh century. It’s a thrilling experience to find the shrine buried deep beneath the earth. The contrast between the timeless, natural rock formations and the sacred monuments – still ancient, but on a much more human scale – is truly unforgettable.

Cannae: In 216 BC, having heroically crossed the Alps with his herd of elephants, Hannibal the Carthaginian was faced with insurmountable odds. But he somehow managed to engineer a half-moon formation and encompass the superior Roman enemy, gaining a resounding victory. As a result, he secured an immortal place in the history of battle tactics and military command. It’s definitely worth a trip to see the simple monument that marks the site of this bloody but tactically brilliant battle. Also on view are the remains of the city of Cannae itself. 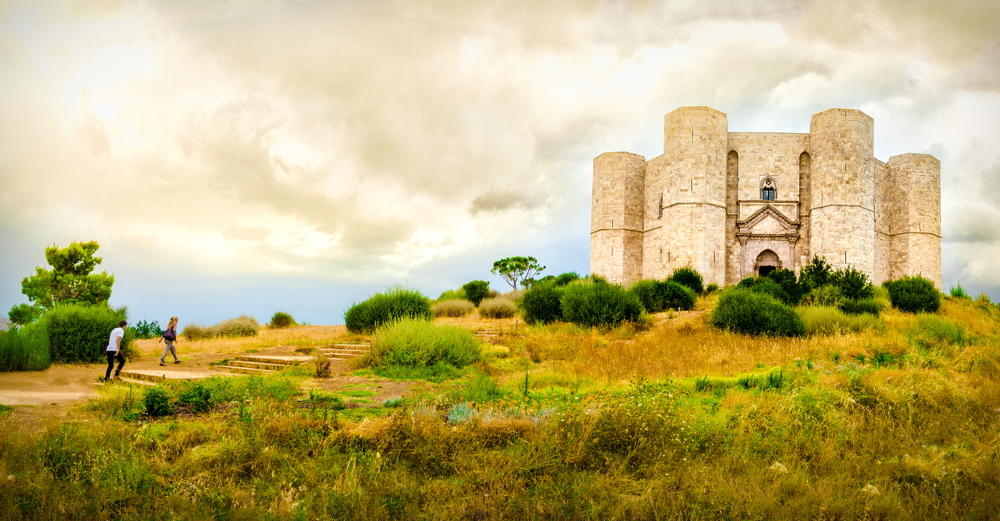 Recommended Visit Time: Half a day for visiting the town itself; a whole day for exploring the cave and the ruins at Cannae.

Cathedrals: Heading west on your airport transfer, you’ll spot the town of Cerignola. Its cathedral is an imposing twentieth-century edifice, built when the city’s population outgrew the original place of worship. It’s interesting to see how recent Italian workmanship continues many of the traditions of Italian art, with the familiar Gothic frontage and majestic dome. Just as at Cannae and St Michael’s Cave, past and present come together in visible confrontations. Do try and visit the former cathedral, too – the Chiesa Madre dates all the way back to the eleventh century and is dedicated to St. Francis, patron saint of animals.

Cerignolan Wine: Personally, one of my favourite things about Italy is its DOC scheme, a centralised quality control system that identifies food and drink of unique cultural significance. The red wine of Cerignola, Rosso di Cerignola, has this ‘protected designation of origin’, and so is sure to be of a certain authentic quality. It must be at least 13% and be aged for at least two years in barrels made of oak. It’s a dry, full-bodied wine with a refreshing, slightly bitter aftertaste. 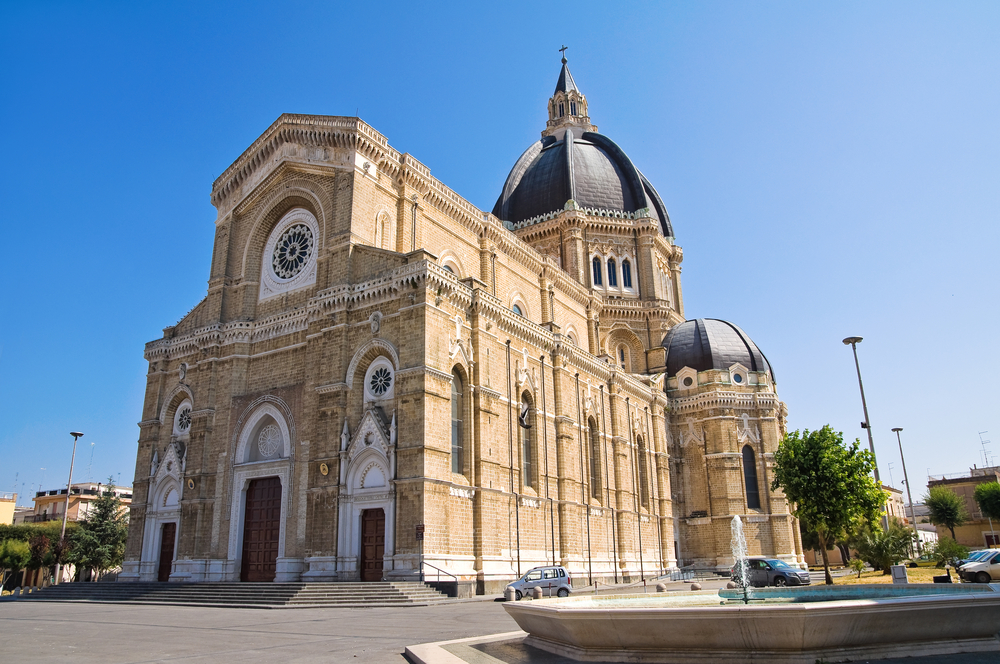 Recommended Visit Time: Half a day should be plenty (preferably the second half, so you can taste a glass or two of Rosso di Cerignola!).

Nosing further towards Naples, the magnificent town of Avellino soars into view. Before the Romans arrived, this was a quiet community belonging to the pre-Roman tribe, the Samnites. As was their wont, the Romans conquered it in 293 BC, bringing all their Roman efficiency and entrepreneurship with them. Many centuries later, the city was once again invaded, this time by the marauding Goths and Vandals in 500 AD. But the city stood strong and lived to fight another day, passing into the hands of the Lombards, the Normans and the Angevins. As if that’s not enough excitement for the lifetime of one city, it has also been inundated by earthquakes and the fallout from the famous volcano, Vesuvius.

Things are calmer now, though! As well as visiting the ruins of the Roman town, check out the cathedral, whose Neoclassical façade conceals an elegant Romanesque crypt and an ancient Roman villa. The Museum of Art also repays a visit, containing an intriguing collection of modern and contemporary art, including works by Battista and de Chirico. 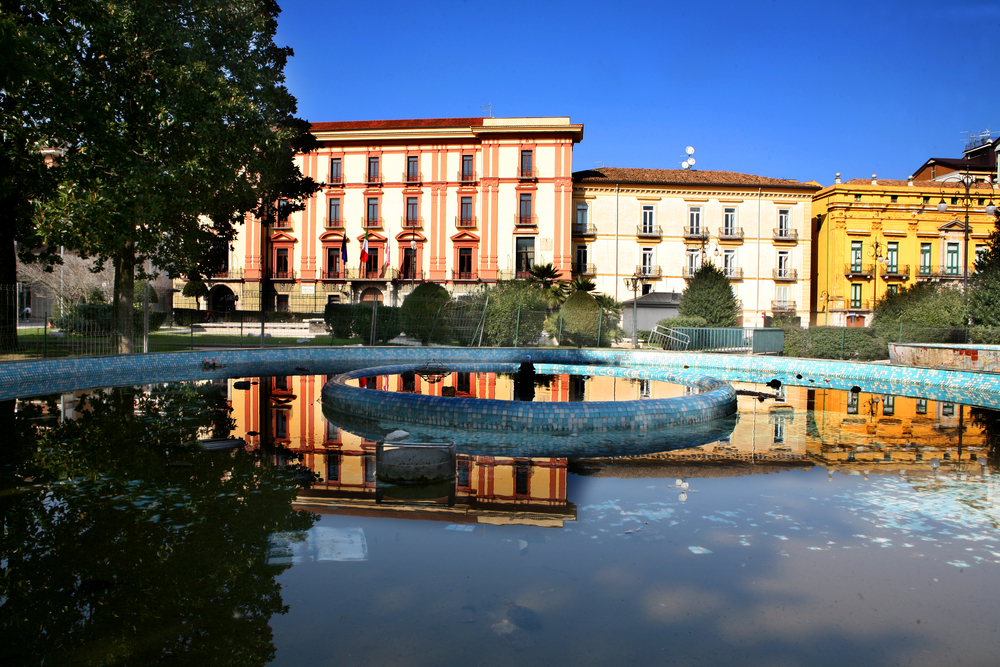 Recommended Visit Time: A city with such a rich history is best experienced with plenty of time, allowing for wandering and contemplation. Half a day should be ample, as long as you’re fuelled by a hearty lunch!

From Bari to Naples

As you drive from Bari to Naples, you’ll get a glimpse into history at its most alive. You’ll see how much changes with the passing of time, but also how much stays the same. If you opt for day trips in any of the historic cities that you’ll pass on your transfer, you’ll give Hannibal and his elephants a run for their money with your epic adventures!

NB.This route guide has been compiled as an aid to visiting the region. Your airport transfer service from Bari to Naples does not include stops to these destinations.