When people think about visiting Italy, they usually think of touristy cities like Rome and Florence. While these are fabulous cities that are world-famous for their attractions, sometimes it’s more fun to leave the masses of tourists behind and go off the beaten path. For this reason, I often recommend visiting Milan, which is a hugely underrated city and has many hidden gems that are rarely uncovered by holidaymakers.

Milan is primarily known for being a global hotspot for business and fashion, but it also boasts a wealth of awe-inspiring attractions… if you know where to look. Fortunately for you, I know exactly where to look, so read on for an overview of Milan’s best-kept secrets!

Looking for more attractions in Milan? Read up on other places to visit here. 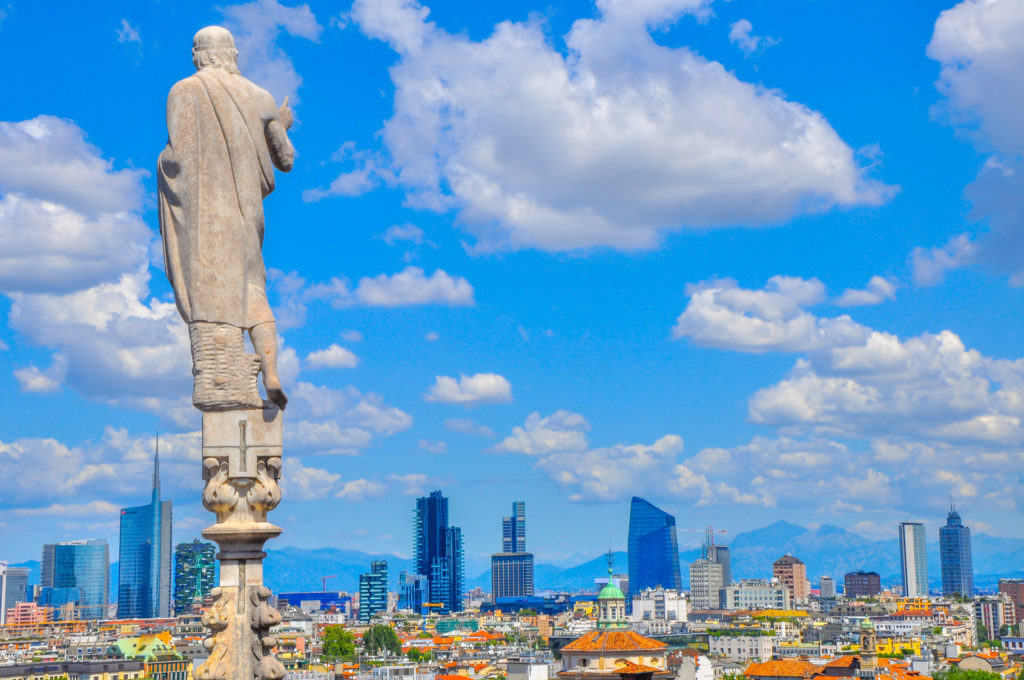 At first glance, Milan may not be as pretty as other major European cities, but that is because you have not looked beneath the surface. Via Lincoln is a picturesque neighbourhood that’s lined with colourful terraced houses and stunning small gardens: it is affectionately known as the “Rainbow District”, and it is easy to see why. It serves as a wonderful juxtaposition to the city’s ubiquitous skyscrapers and glass buildings, and is a welcome hideaway from the hustle and bustle of Milan.

The street was completed in the nineteenth century and designed to house workers, but the prices of these houses are actually quite steep today! You can stroll along the street for no charge, so be sure to bring your camera and get some snaps of one of Milan’s best-kept and prettiest secrets.

*Top Tip: The street also boasts a lovely bookshop and a cool fashion boutique that’s filled with vintage clothing. Why not check them out? 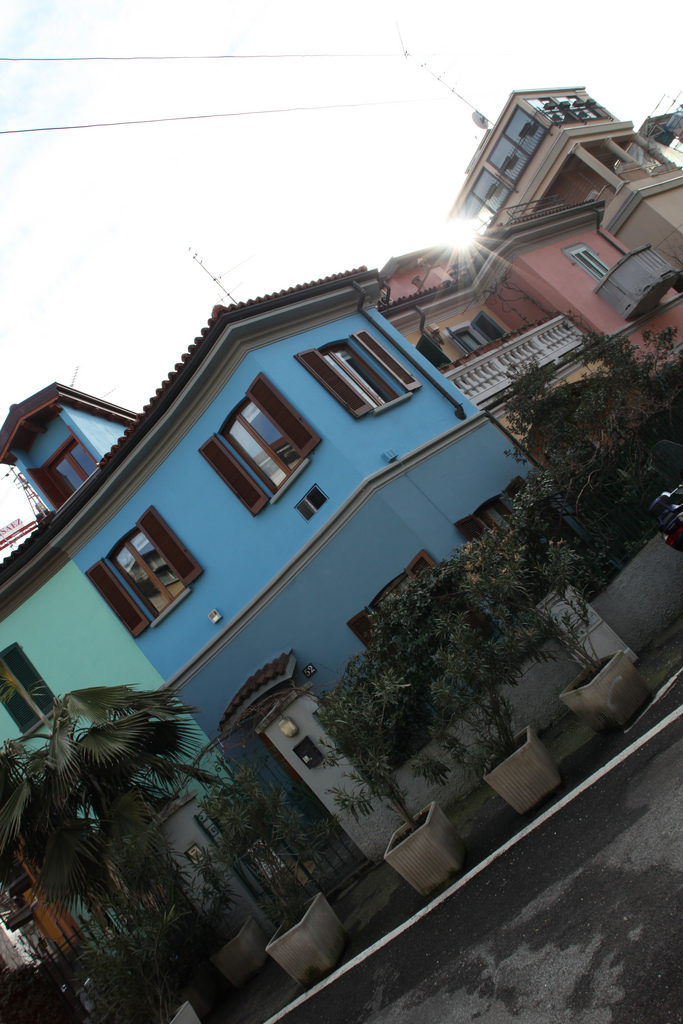 Via Abramo Lincoln – Milano by Bruno Cordioli is licensed under CC BY 2.0

Another fantastic place for escaping the hectic city is Villa Invernizzi, which is a stunning palace in central Milan with an incredible garden where flamingos, peacocks and ducks roam freely. The mansion and surrounding area have Liberty-style architecture throughout, so exploring the area feels almost like stepping back in time. The palace and garden is private property, but be sure to go up to the fence to get a good shot of the majestic pink flamingos enjoying the peace and quiet of the amazing surroundings. 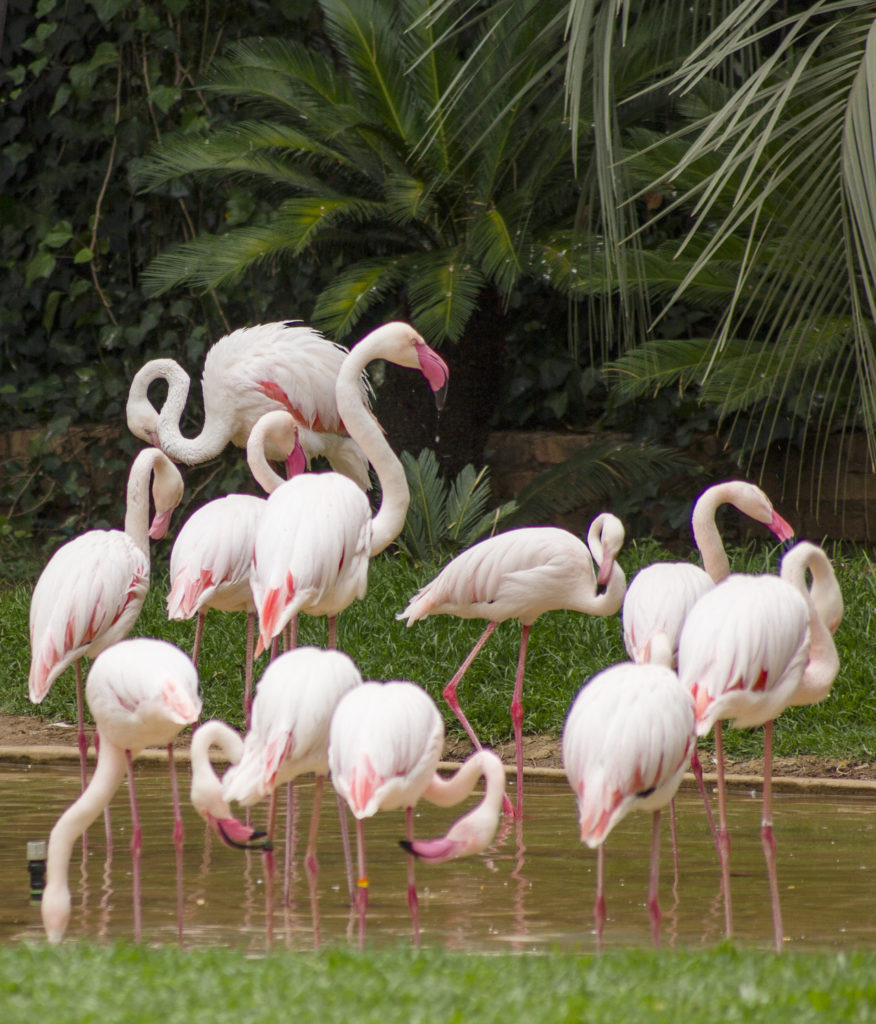 A truly breathtaking sight to behold, San Vittore Al Corpo is a church found next to the National Museum of Science and Technology (which is also worth a visit!). The church’s origins are not entirely clear, but it was previously the basilica of the Olivetan monks after being entrusted to the Benedictine monks of San Vincenzo in Prato by the Archbishop of Milan. After it was passed on to the Olivetan monks, the church underwent an enormous transformation.

It is now lavishly decorated inside with stuccos and frescoes that date back to the end of the sixteenth century, and boasts a dazzling dome with golden decorations. Be sure to check out the San Giuseppe Chapel, which was worked on by Ercole Procaccini, as well as the frescoes by Daniele Crespi and Guglielmo Caccia Moncalvo inside of the dome. I also recommend climbing the bell tower for equally breathtaking views of the city. 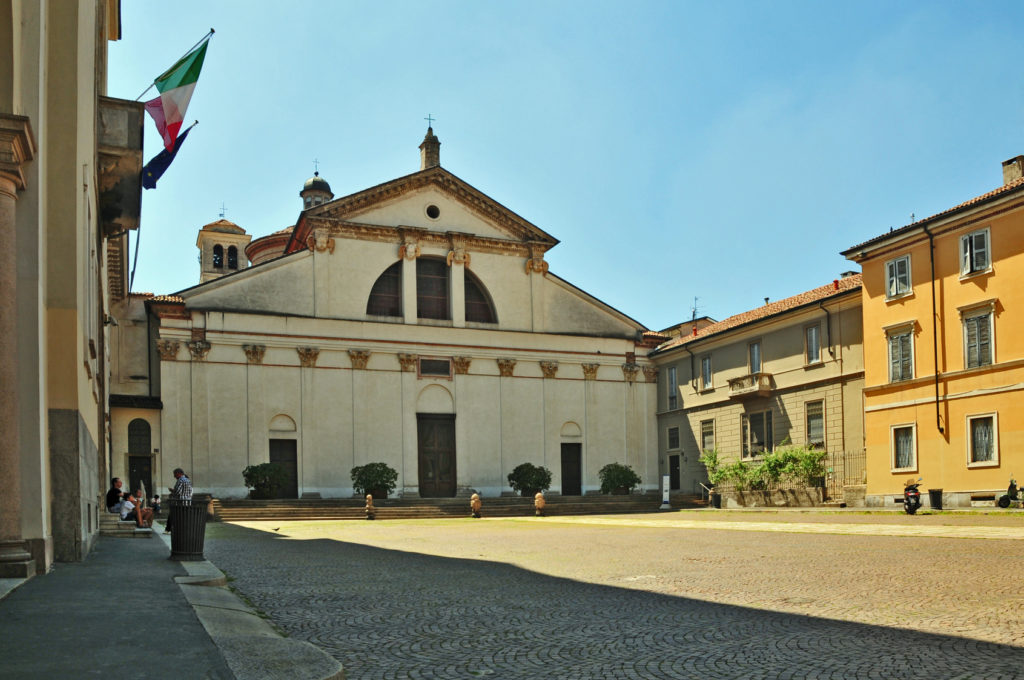 Palazzo Lombardia may look like just another skyscraper from the outside, but it is actually the home of the organs of Lombardy’s regional council and boasts the best panoramic views of the city. Not many tourists know about this, but it is open to the public on Sundays between 10am and 6pm, and there are 39 floors to explore. If you go on a clear day, you can even see the Alps!

*Top Tip: You may be tempted to head straight to the top floor, but art lovers will also enjoy the ground floor, which showcases work by up-and-coming artists. 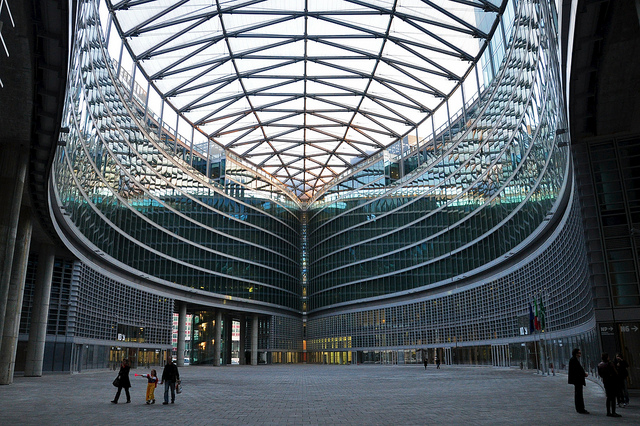 Carnevale by Luca Volpi is licensed under CC BY 2.0

An absolute must-visit for any art-lover, Leonardo’s Vineyard is a newly opened museum in the heart of the city. It was previously Da Vinci’s vineyard, where he would take breaks from painting the Last Supper. The vineyard has been restored in recent years, and you can now enjoy tours of the building and soak up the sunshine in the picturesque grounds. If you visit on a Saturday afternoon, you can also enjoy wine and nibbles for a small fee – which is highly worth it, I would say! 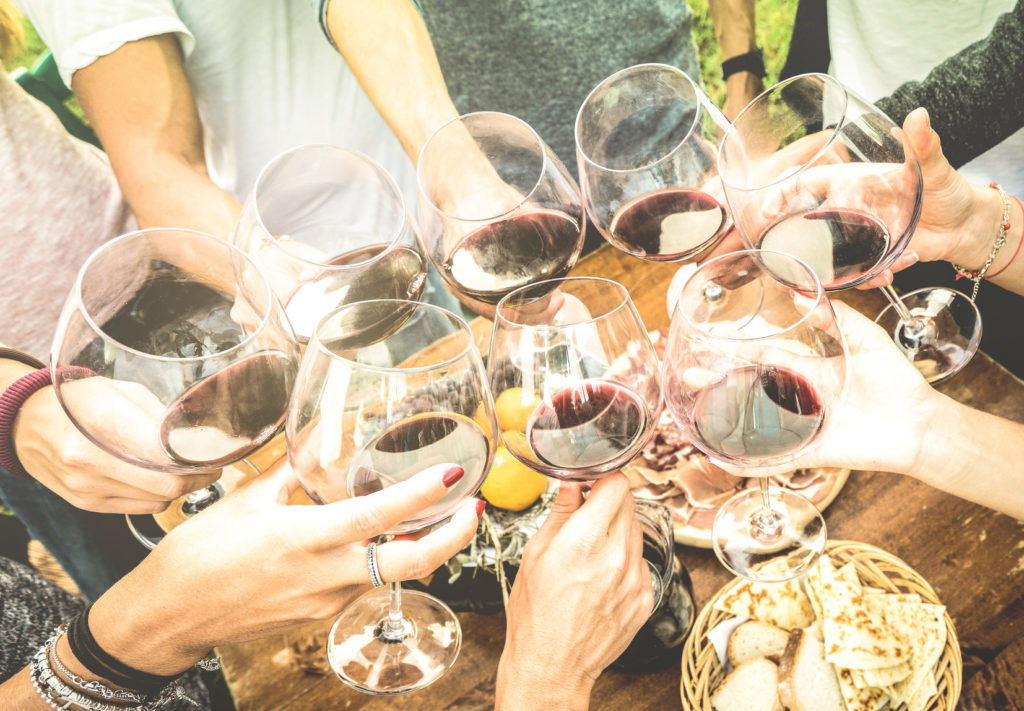 How to Get to Milan

Milan makes for a perfect weekend trip, as it’s incredibly easy to reach from the UK. There are 210 flights each week from London, and it takes just under two hours to reach the city. I recommend flying into Milan Malpensa Airport (MXP), which is about an hour outside of the city centre. If you pre-book one of our Shuttle Direct transfers, a local driver will be waiting at the airport and will provide you with a fast and efficient passage to your hotel. Speaking of hotels… 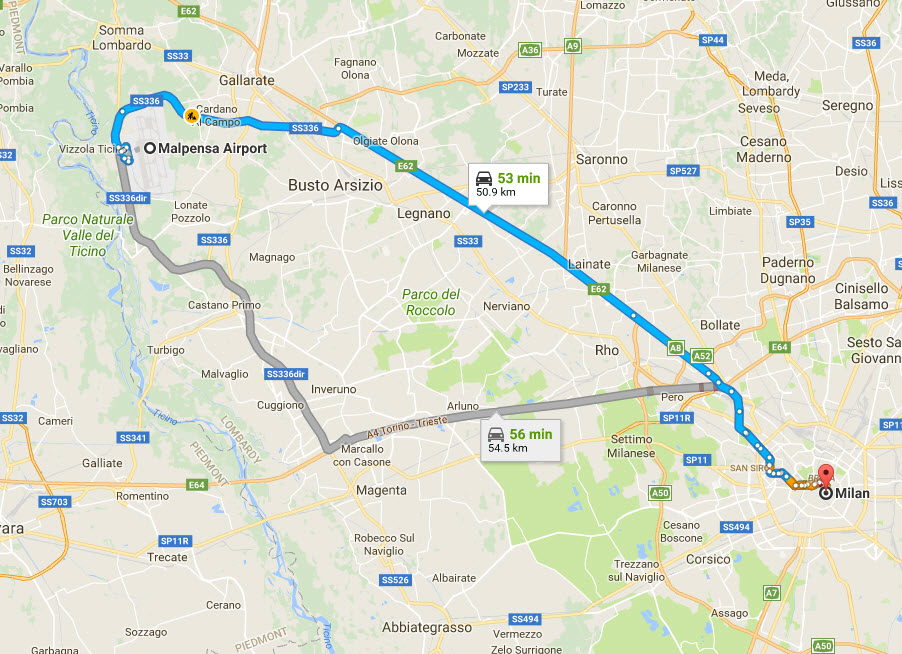 Mio Hostel – Culture vultures will love this hotel, which is conveniently located near many of the city’s best museums, cathedrals and areas of interest. Previous guests have spoken very highly of the hearty breakfast that’s served here each morning, as well as raving about the relaxing grounds, which are best enjoyed on a warm day. Mio Hostel is also rated as one of the best value hostels in the city.

Hotel Alba – Located closely to the subway station so that all of Milan is at your fingertips, this hotel is a good choice for those interested in culture, but who do not want to be in the centre of the city (which can be noisy). The rooms are comfortable, clean and come with a flat-screen TV and a coffee machine. The accommodation is also very affordable and is a great option for those who simply want to rest after a day of exploring.

Hostel Urban Brera – Found right in the heart of the city with shops, restaurants and cultural attractions nearby, this is a good choice if want to get out and explore with ease. The air-conditioned rooms come with a private bathroom, free Wi-Fi and there is even a shared kitchen, which can help keep food costs down. Guests have also commented on the friendly and helpful staff. 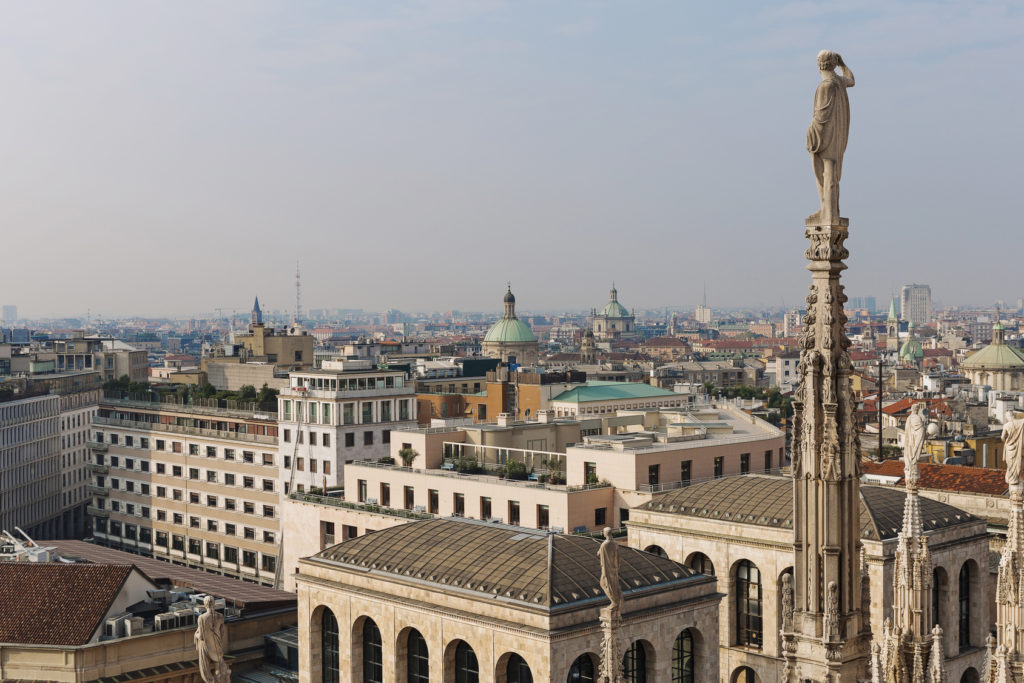 Opting for a long weekend getaway? You won’t want to waste time by waiting for a cab or by waiting for unreliable public transportation, which is why it is best to organise a Shuttle Direct transfer in advance. Simply fill out our user-friendly online booking form, and leave the rest up to us.