Whether you come in winter to ski in Austria’s beautiful Tyrol region, or in the summer to enjoy the wealth of alpine activities, it’s well worth stopping off in Innsbruck to take in the sights of this pretty Austrian city.

Known as the ‘capital of the Austrian Alps’, Innsbruck holds an important place in the country’s history, a fact that is illustrated by its historic castles and palaces as well as modern investments in stunning contemporary architecture. While beautiful buildings and a rich local history may charm you, there’s also plenty here to keep the kids entertained.

My children will usually submit to a limited amount of sightseeing if there are regular stops for ice creams and patisseries. Luckily, in the beautiful Old Town of Innsbruck, there is a plethora of charming cafés that were only too willing to help me keep their sugar levels up while we looked around the cobbled streets and discovered the 500-year-old ‘golden balcony’, Goldenes Dachl. 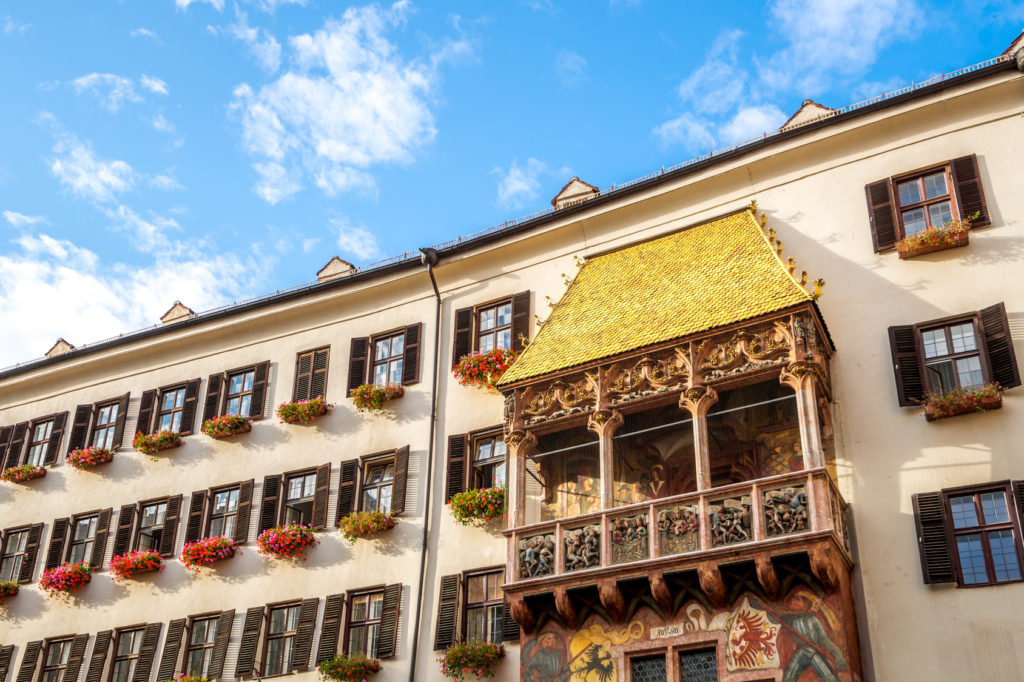 I soon discovered, however, that bribery wasn’t going to be required in Innsbruck, as many of the city’s most dramatic sights appealed to the kids as much as they did to me. Here’s a rundown of some of the best family attractions in and around the city.

Most kids love a trip to the zoo, but when that trip involves a ride in a funicular up the side of a mountain to a site at the foot of the dramatic Nordkette mountain – part of Austria’s largest nature reserve – it really can’t be beaten.

At 750m, the Alpenzoo, or ‘Alpine Zoo’, is Europe’s highest zoo; it specialises in all Alpine animals including mammals, birds and fish. There are more than 2,000 creatures in the zoo, covering around 150 species, all of which are native to Europe’s alpine regions.

If the kids enjoyed the funicular ride, then they’ll love a trip in the Nordkettenbahnen cable car. Take the funicular further up the mountainside and you’ll arrive in Hungerburg. From here (after a short walk across the square) you can take the exhilarating cable car up to truly jaw-dropping panoramic mountain views from the peak’s summit. 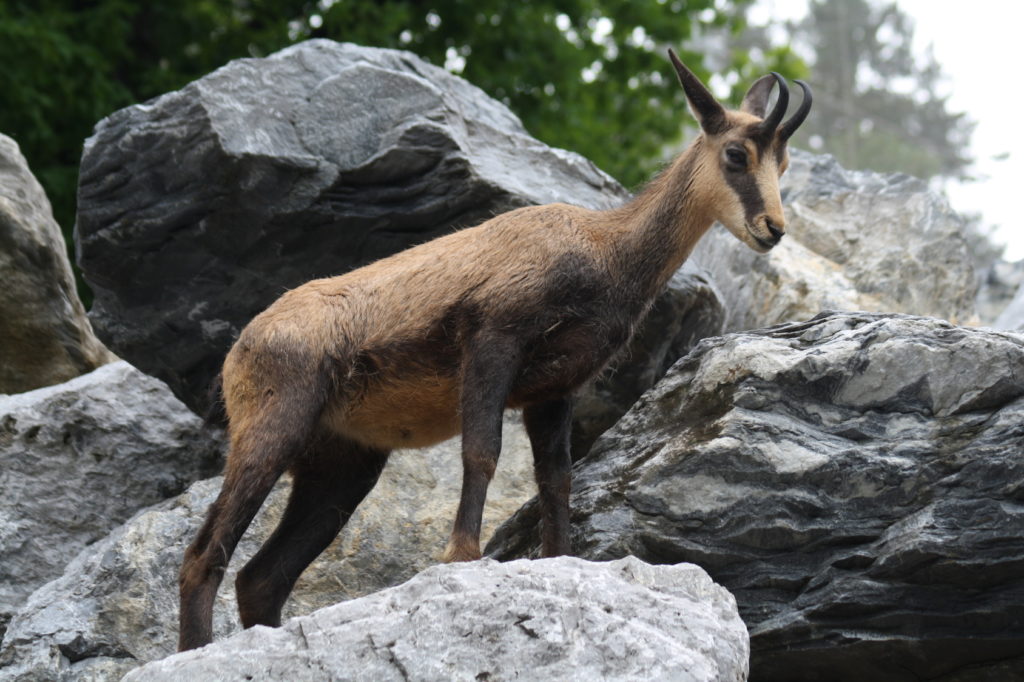 There is something magical about the way these beautiful crystals catch the light, bouncing light off them in a rainbow of sparkling colours. At Swarovski Crystal World they embrace this magic and show it off to breathtaking effect.

Whether you are walking under the ‘Crystal Cloud’ (a sculpture interlaced with 800,000 hand-placed crystals which sparkle in the sun) or puzzling your way through the ‘Tour of the Giant’ challenge with its maze, puzzles and prizes, there’s loads for kids to enjoy here. 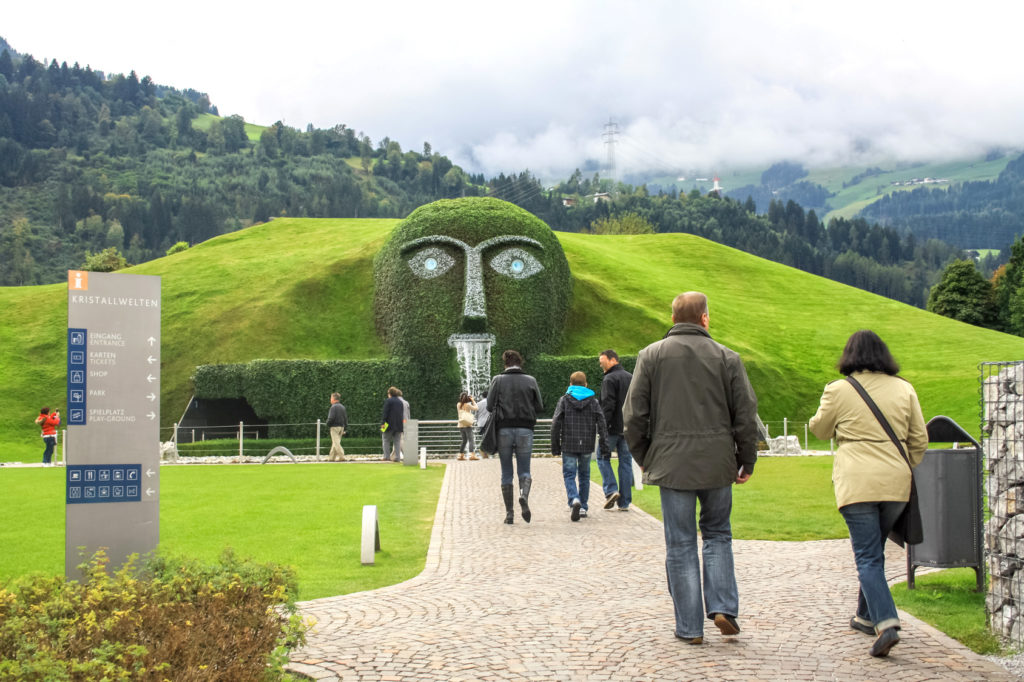 When I told a friend I was taking the kids to Innsbruck, she told me excitedly that I must take them to the Bergisel Ski Jump. I have to confess I thought she’d gone a bit mad! I wasn’t at all convinced that the kids (or I) would enjoy looking at an Olympic ski jump.

But, having dutifully obeyed her instructions, I realised she was right. Not only is the ski jump and its adjoining tower – designed by British Iraqi architect Zaha Hadid – a sculptural work of art, but the two-minute lift journey to the top of it is like a thrilling fairground ride.

My husband and I treated the kids to lunch at the top of the tower (with its amazing views out over Innsbruck) and we were all thrilled to see ski jumpers training on the kamikaze-looking jump while we ate. I was amazed that skiers train, and even compete, here in both the summer and the winter. Who knew? 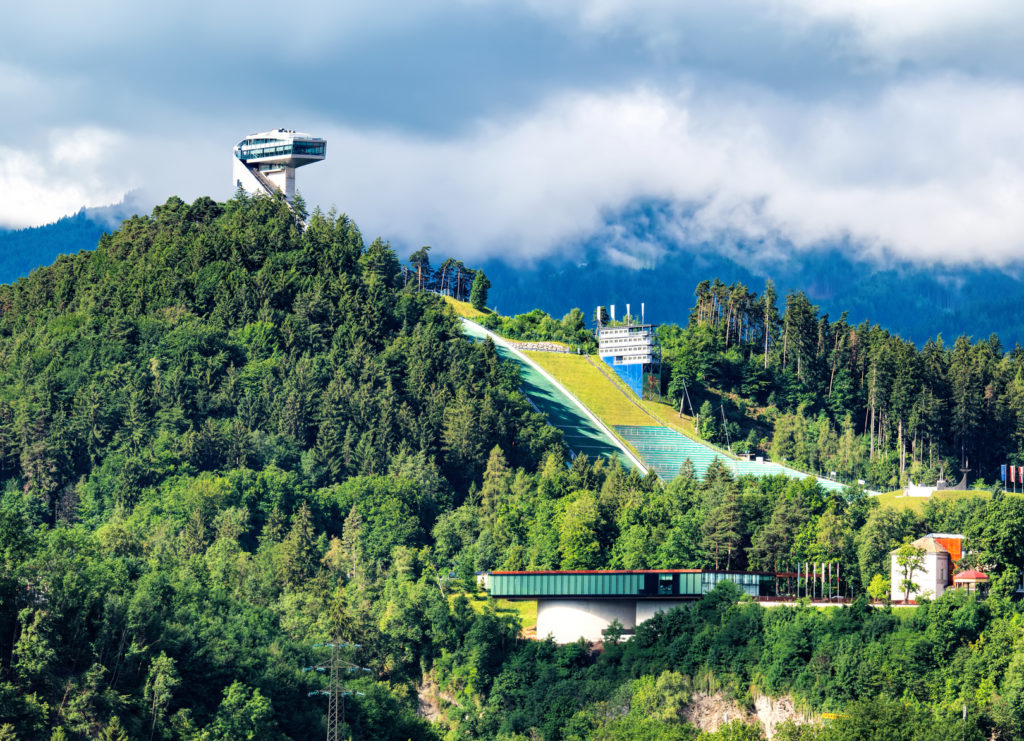 The Schloss Ambras is set high on a hillside above the city and, while it is famous for its history and art gallery, it actually also has a great programme of children’s activities.

Every Saturday afternoon, the castle runs children’s tours which include everything from treasure hunts around the building and grounds to stories of ancient knights and hidden treasure. It’s well worth a visit with smaller kids. 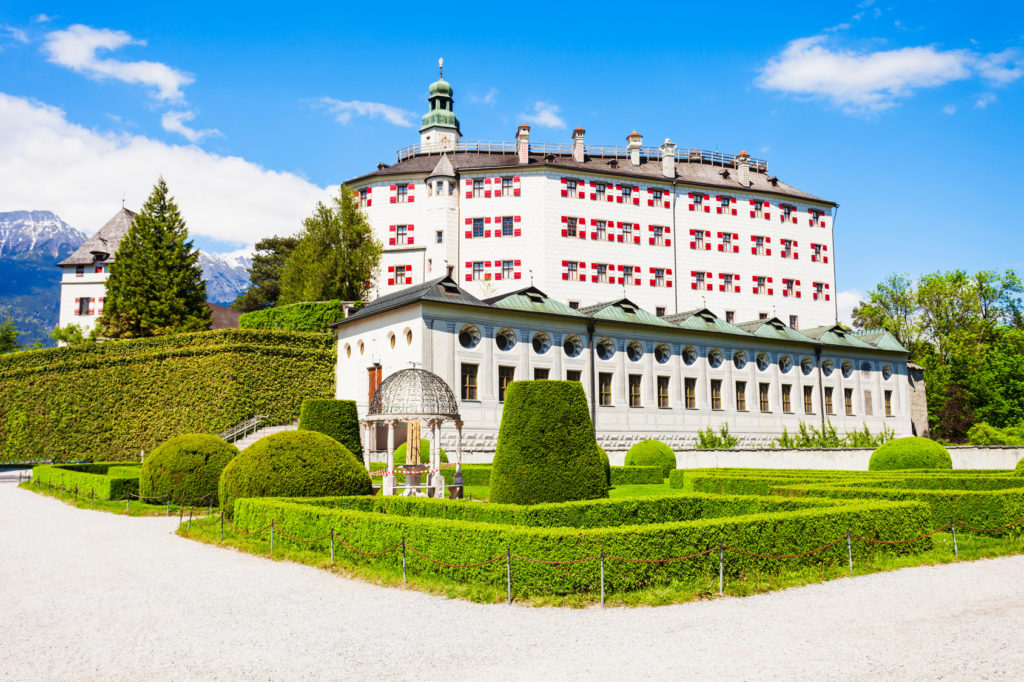 How to Get to Innsbruck

Innsbruck does have its own airport but tracking down a direct flight for exactly when you want it can be tricky, so I would advise flying to Munich airport and taking the two-hour transfer to the Austrian city. Flights to Munich from the UK take around one hour and 45 minutes and are offered from London by Lufthansa, easyJet, Air Berlin and British Airways.

If you’re travelling with small children, the last thing you’ll want is to hang around at the airport waiting for transport. Book a transfer with Shuttle Direct and one of its drivers will be waiting for you and your family when you touch down. Let them know when you make the booking online how many child seats you will need, and they will transport you and your family safely to your destination. 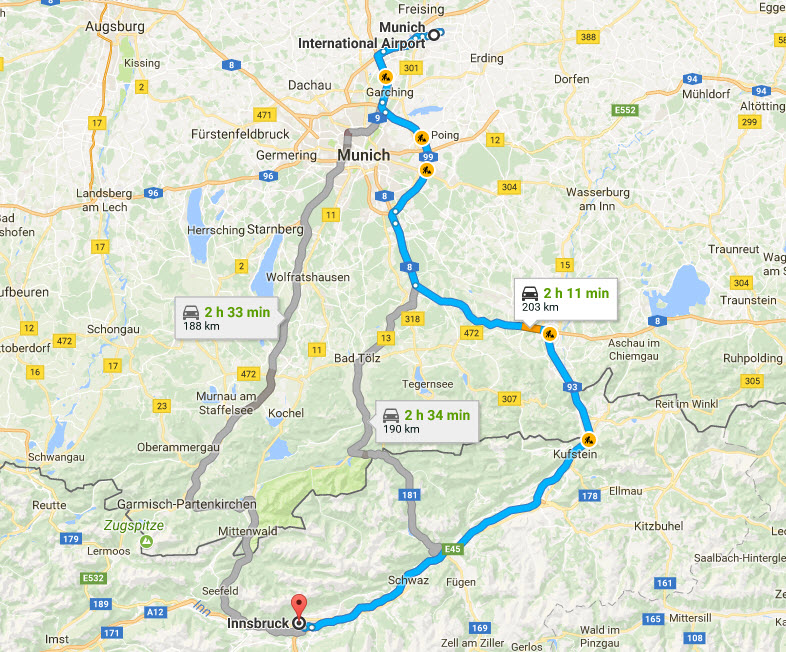 My.Alpenland – For your very own Alpine villa, try the apartments at the pretty and traditional My.Alpenland. With its family rooms, indoor swimming pool and outdoor play equipment, this is a great choice for families with young children.

Hotel Charlotte – Close to the Ambras Castle is the four-star Hotel Charlotte. A great location with its own outdoor, heated swimming pool (open from May until September), and a short local tram ride into town, makes this family-run hotel a great family option.

Sporthotel Igls – Set in the nearby town of Igls (just 3.5 miles from Innsbruck), the Sporthotel Igls offers an authentic Alpine experience with stunning mountain views. The indoor pool and spa mean there something to do in any weather, and if the sun shines there are tennis courts, bicycle rentals and guided hikes in the summer and skiing in the winter.

Shuttle Direct is the leading provider of airport transfers across Europe and northern Africa. The friendly, reliable service, variety of cars (including family-friendly seven-seaters), and child seats available on request make it the perfect choice for those travelling with children.