With around 13 million annual visitors Mallorca is one of Europe’s most popular holiday destinations. The island lies due east of Valencia in the Mediterranean Sea and is the largest of Spain’s Balearic Islands which also include Menorca and Ibiza. Its capital city is Palma de Mallorca which is home to the cruise port which has become one of Europe’s busiest with more than 1.5 million passengers arriving there each year.

The historic city of Palma is often overlooked by tourists as they head directly from the airport to their holiday resorts scattered all over the island yet it is one of the most beautiful in Spain. Settlement of the island’s south coast can be traced back to the Phoenicians in the 8th century BC before it was occupied by the Romans. In 902AD Mallorca was conquered by the Moors who occupied the island for more than 300 years before James The Conqueror took control in 1229 under the Christian Reconquest. Under Christian rule the construction of Palma’s cathedral began on the site of a former mosque overlooking the Bay of Palma. This is the island’s most iconic site which you will be able to see from your cruise ship over to the east as you approach your dock. 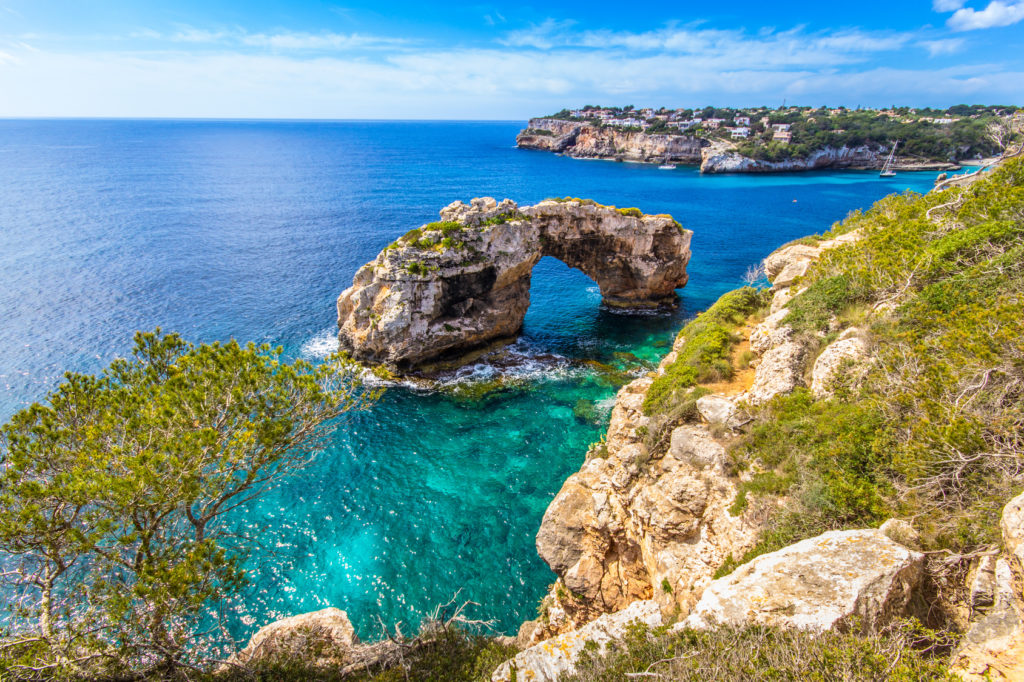 The port of Palma of Palma de Mallorca lies 6-8km west of the cathedral depending on where your ship docks. The majority of cruise ships drop anchor at the Paraires and Poniente docks of the Estación Marítima which is closest to the city centre. However, due to the volume of maritime traffic it is sometimes necessary to dock a little further west at the Porto Pi cargo pier or further still at the Dique Del Oeste. No matter where you arrive it’s quite straightforward to get into the city from your point of disembarkation as follows: 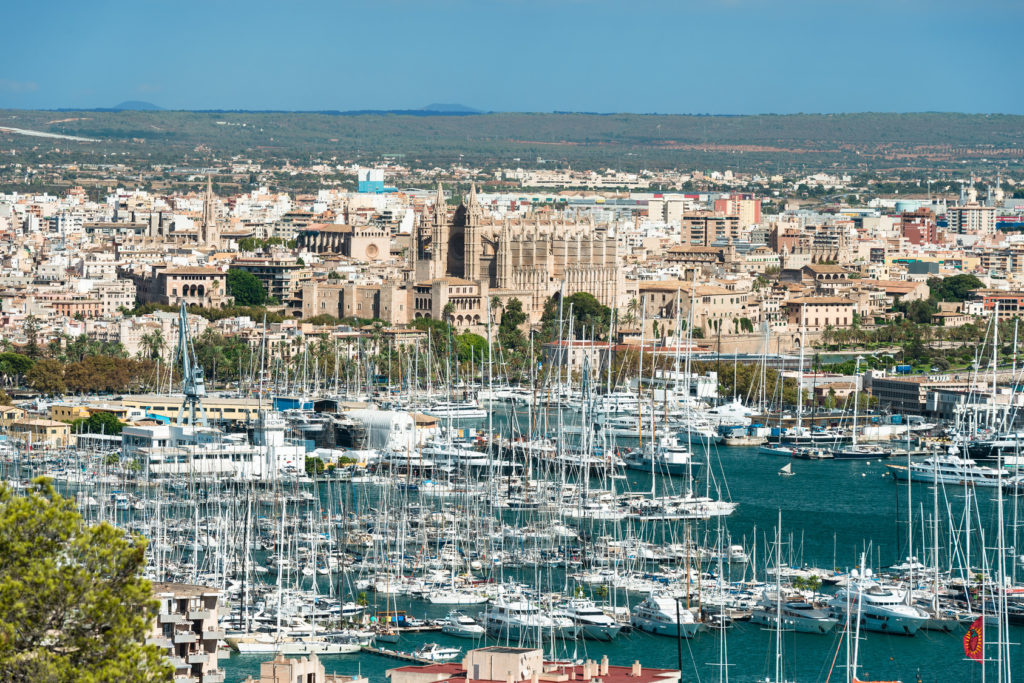 If your cruise begins and/or ends in Palma de Mallorca you will be passing through the city’s Son Sant Joan Airport which lies just 12km east of the cruise terminal. The L1 EMT airport bus runs every 15 minutes from outside the arrivals area into the city at Plaça d’Espanya before continuing on to the port area. Cruise passengers carrying significant amounts of luggage will find it more convenient to take a taxi or pre-book a private transfer from Palma Airport to the Estación Marítima or to hotels in the city or elsewhere on the island.

Useful Tip: If your cruise ends in Palma de Mallorca and you are flying home from here, you can check your luggage in at the port and have it delivered to the airport where it is loaded onto your flight. This is a convenient service for passengers who have a few hours to spare between arriving in the port and flying home, allowing them to spend a few hours in the city. You should confirm with your cruise line that this service is available to you. If you don’t have much time between arriving in port and flying out of Palma Airport you’ll probably feel more comfortable taking your luggage to the airport yourself rather than arranging this advance check-in.

Once you’ve made your way into the city centre the main things to see are as follows:

Palma Cathedral: The beautiful, Gothic cathedral which took over 370 years to build is the main attraction in Palma de Mallorca. Whilst many visitors choose to simply look at it from the outside it’s well worth paying the small entrance fee so that you can admire the impressive interior which includes some restoration work carried out by the Catalan architect Antoni Gaudí. 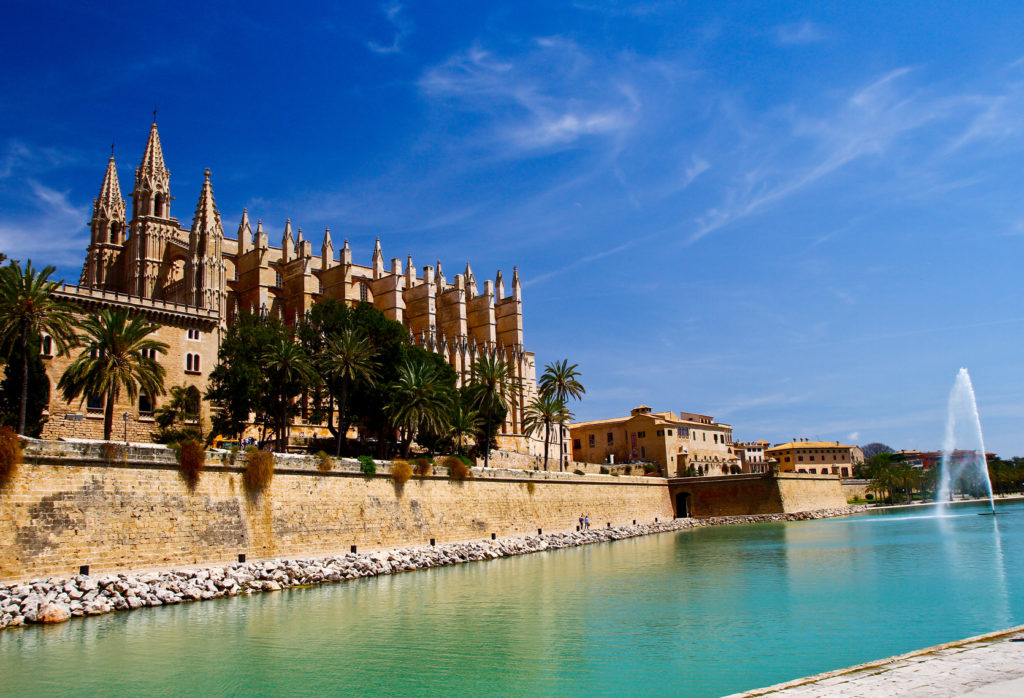 Royal Palace of La Almudaina: Standing just west of the cathedral, this Royal Palace was originally a Moorish fort. Today it is remains an official residency of the Spanish royal family but is only used for official affairs of state. Visitors can take a tour of the palace from where there are great views looking back towards the port. 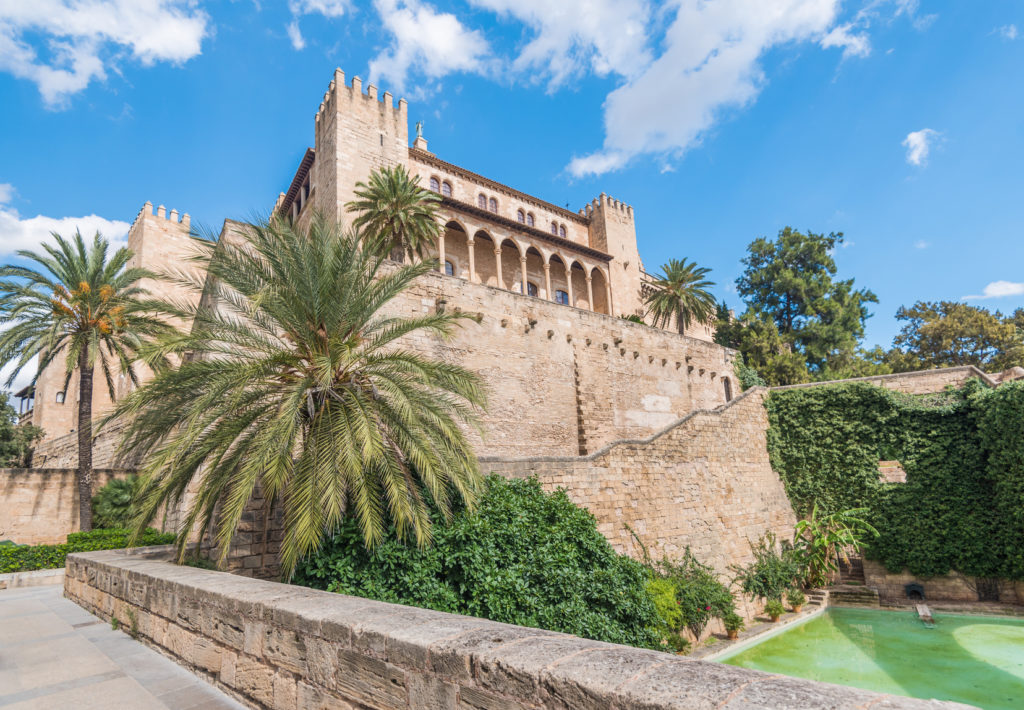 Arab Baths Little evidence remains of more than three centuries of occupation by the Moors leaving the Baños Árabes (Calle Can Serra, 7) as one small reminder of that period. Visitors can walk there in just a few minutes from the cathedral following the signposts.

Insider Tip: Palma is a great city for shopping. Located near the cruise port is the Centro Comercial Porto Pi which is home to a vast selection of retail outlets as well as serving as an entertainment centre with restaurants and a cinema. In the city centre you’ll find many shopping opportunities along Passeig des Born as you head north from the cathedral and along Avinguda Jaume III which is home to two El Corte Inglés department stores.

Bellver Castle If you look to the north from the cruise port you will spot this round castle on a hill overlooking the sea. Historically it has served an important defensive role for the city as well as being a royal residence and a military prison at different times. Visitors can get there on the hop-on, hop-off bus service otherwise a taxi would be advisable. 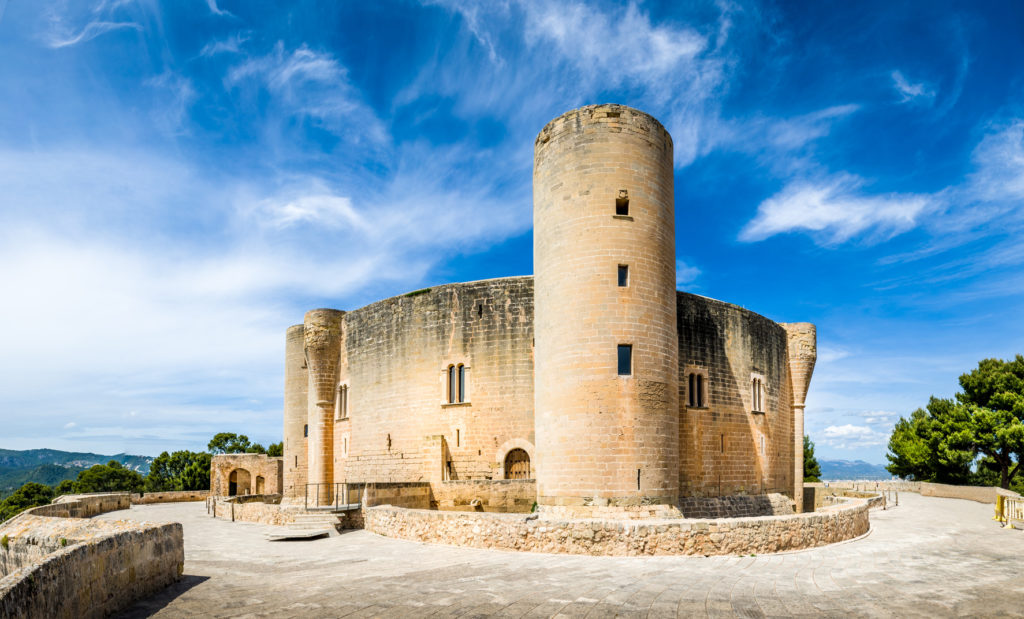 City Beach: Mallorca has many beautiful beaches scattered all around the island although cruise passengers who are in port for just a few hours would be pushed for time to visit them. If you do fancy a dip after sightseeing you can simply stroll along the seafront beyond the cathedral to Playa Ca’n Pere Antoni. Alternatively, you could take a 10km taxi ride from the cathedral as far as C’an Pastilla which is the beginning of a beautiful beach called Playa de Palma which runs for 6km along the coast as far as El Arenal.

Beyond Palma: The most popular excursion from the Port of Palma is to the charming village of Valldemossa which is only a 30 minute drive to the north. Another option is to take a historic train ride on the Palma to Soller Railway departing from the train station near Plaça de Espanya. This journey is highly recommended if offered by your cruise company otherwise you might find yourself worrying about getting back to Palma in time for your ship’s departure. 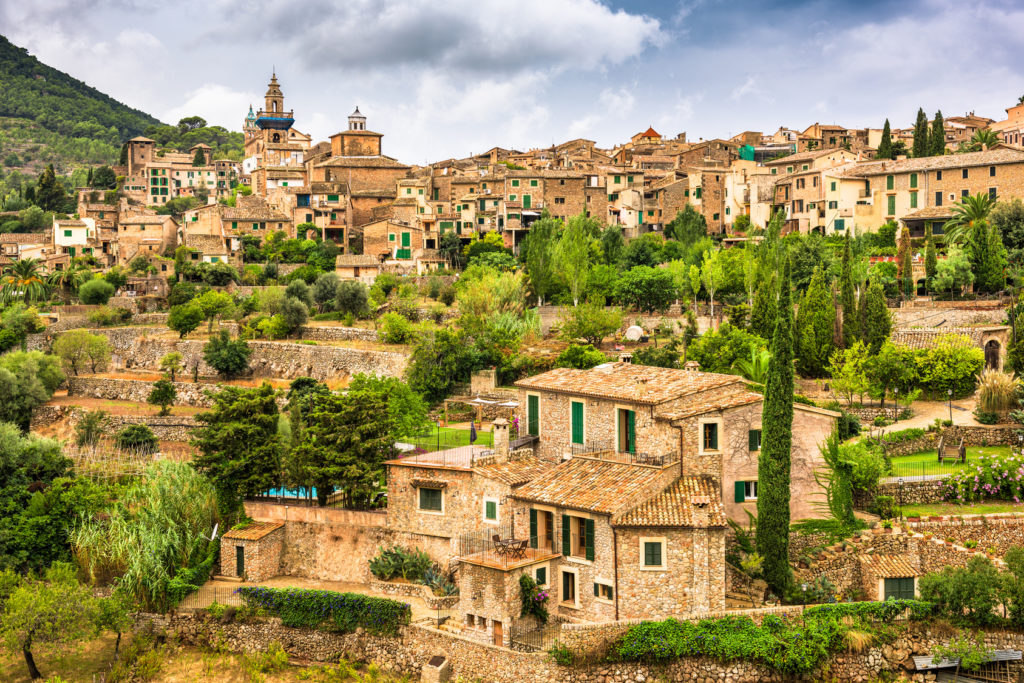 One Night in Palma de Mallorca

If your cruise itinerary allows for an overnight stay in Palma you should head into the city and enjoy an early evening cocktail at Bar Abaco (Calle Nicolau de Pacs) which is perhaps the most unique cocktail bar you’re ever likely to find. Even if you decide you don’t want to order one of their expensive drinks it’s worth a visit just see the place. For an atmospheric dinner you should head down to one of the restaurants on the waterfront with open-air terraces overlooking the bay. Highly recommended seafood restaurants include Pesquero (Moll de la Llonja) and Restaurante Ca n’Eduardo (C/ Contramuelle Mollet, 3).