For lovers of literature, Paris is the ultimate destination. This wonderful city, famous for its architecture, art, culture and cuisine, has been the muse of so many of our literary icons and the inspirational setting for countless works of fact and fiction. Even if you’ve visited the city many times before, following in the footsteps of these creative greats is a wonderful way to see it through very different eyes.

From famous writers’ favourite haunts to their former homes and the many inspirational locations around the city that have made it into print, if you love books, vous allez adorer Paris…

Ever since the late seventeenth century, Paris has been a centre for the philosophers and progressive creative thinkers of their time. Many high-profile literary names lived or spent extended periods of time here and, even if you can’t go inside, visiting their former homes affords an insight into the “sense of place” of some of their most famous works. 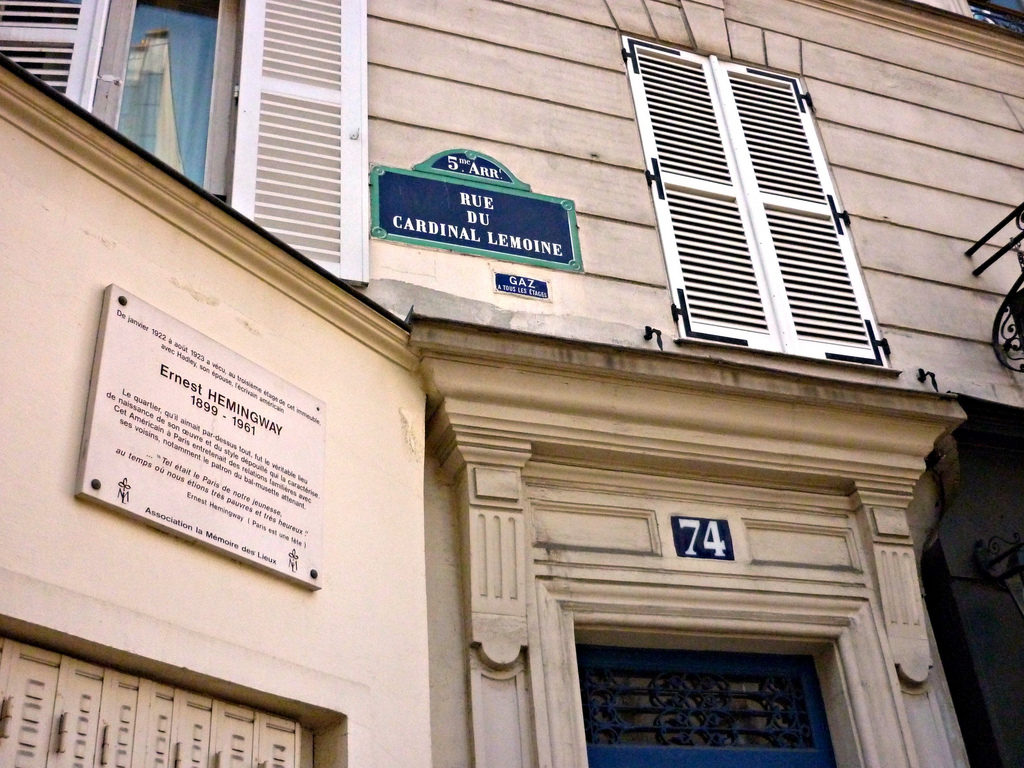 “Hemingways’ first home in Paris” by Evan Bench licensed under CC BY 2.0

Ernest Hemingway: Hemmingway’s iconic work, A Moveable Feast, came to life as he lived and worked in his Left Bank home at 74 Rue Cardinal Lemoine, in what was then a working class district, Saint Germain-des-Prés. He also lived for a time at an apartment at 39 rue Descartes, in the same area. Both apartments are easy to find, denoted by commemorative plaques. (No entry to public.)

Victor Hugo: The Maison de Victor Hugo, at the elegant Place de Voges, was home to the famous French writer and his family for more than 15 years (1832-1848). Today the building is a museum dedicated to the poet and novelist, filled with his letters, drawings and manuscripts. (Open Tues-Sun 10am-6pm, free admission.) 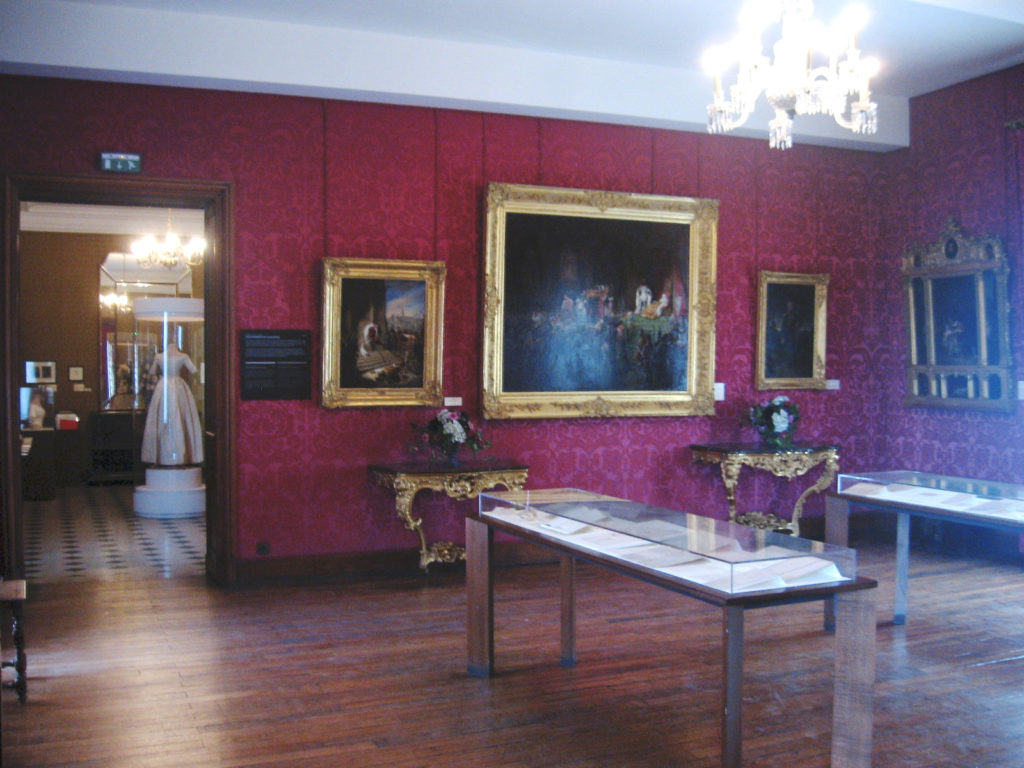 “Maison de Victor Hugo 15” by LanguageTeaching licensed under CC BY 2.0

Marcel Proust: Proust wrote his epic work, In search of Lost Time, from his apartment at 102 Boulevard Haussman, in the 8th arrondissment. In fact, it was famously written entirely from his bedroom, due to his ongoing ill-health. Even though you can’t go inside the apartment, the Musée Carnavalet contains a wonderful recreation of Proust’s bedroom

Oscar Wilde: Controversial Irish writer Oscar Wilde died (and for a short time lived) at L’Hotel, at 13 rue des Beaux Arts, in Saint Germain-des-Prés. It’s come a very long way since its seedy reputation at the time of Wilde’s residence, and today it’s a very fashionable and elegant 5-star hotel, including a Michelin-starred restaurant. Wilde’s room is available to guests (albeit looking rather different now!) – it contains some of his letters and even his unpaid bill.

Two of the renowned literary haunts of our most revered twentieth-century writers are within a stone’s throw of each other in the French capital. 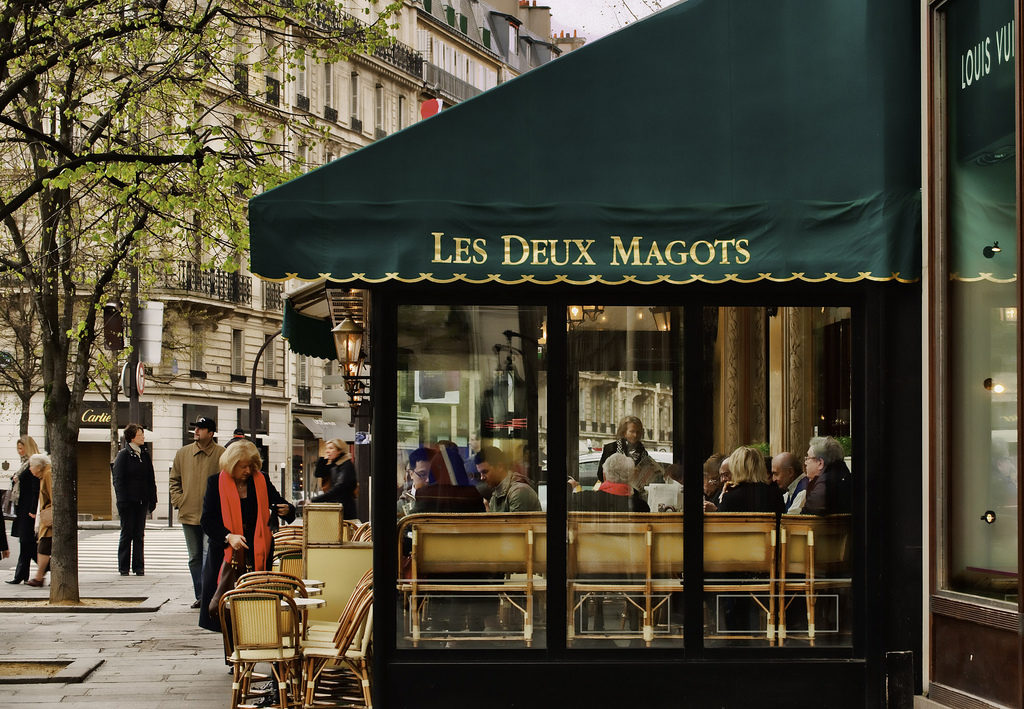 “Les Deux Magots” by Roger Salz licensed under CC BY 2.0

Café de Flore: One of the oldest sidewalk coffee houses in Paris, the elegant façade of Café de Flore is a landmark of the Left Bank. Mainly filled with tourists these days, it was the favourite café of a host of famous writers, philosophers and intellectuals, including Charles Maurras and Remy de Gourmont. (172 Boulevard Saint Germain.)

There’s probably no such thing as an exhaustive list of the bookshops of Paris – well, maybe there is, but there’d be no hope of getting through it in under a year! However, for true literary aficionados there are some places that really shouldn’t be missed.

Shakespeare and Company: Even though it’s quite often packed with curious tourists, if you pick your time this wonderful little Left Bank bookshop definitely deserves the hype it receives – and, for true book lovers, it’s irresistible. Established by an American, George Whitman, for expat writers living in the city, some of its most famous patrons were Alan Ginsberg, Henry Miller and William S. Burroughs. Whitman lived above the tiny, musty store until his death, often receiving visiting writers in his bedroom. (37 Rue de la Bûcherie, 5th.) 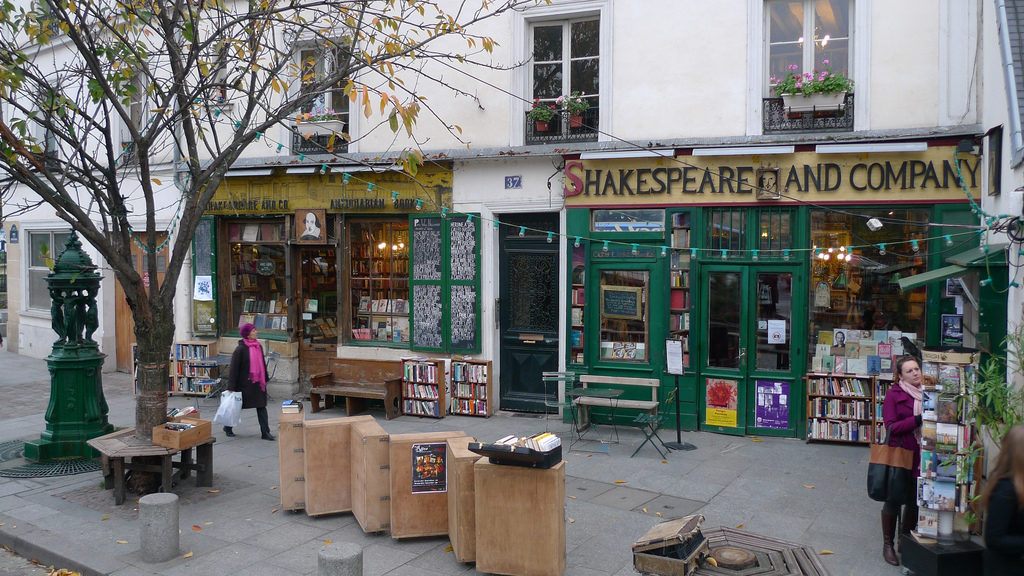 “Shakespeare and Company” by Andrew Duthie licensed under CC BY-SA 2.0

Gaglignani: Billed as “the first English bookshop on the Continent” (est. 1801) you’ll need to set aside at least a few hours to explore the marvellous Gaglignani. Still in the hands of the original Italian Gaglignani family, the shop is packed floor to ceiling with English and French books from every genre, and is well-patronised not just by expats but by local Parisians as well. (224 Rue de Rivoli.)

The Seine Booksellers: Ingrained in the literary culture of the city, the lines of green booksellers’ boxes (bouquinistes) along the Left and Right Banks of the river that splits Paris in two are a seemingly bottomless source of second hand books. While there’s undeniably a lot of “tatt”, there are certainly some treasures to unearth if you’ve got the patience – but, be warned, the books are mostly French editions.

For the Love of Literature

If you’re truly looking to immerse in the literary culture, history and ambience of the city, these places merely scratch the surface. If you want to combine a love of books with an interest in history, this article offers some great tips and so does this one. 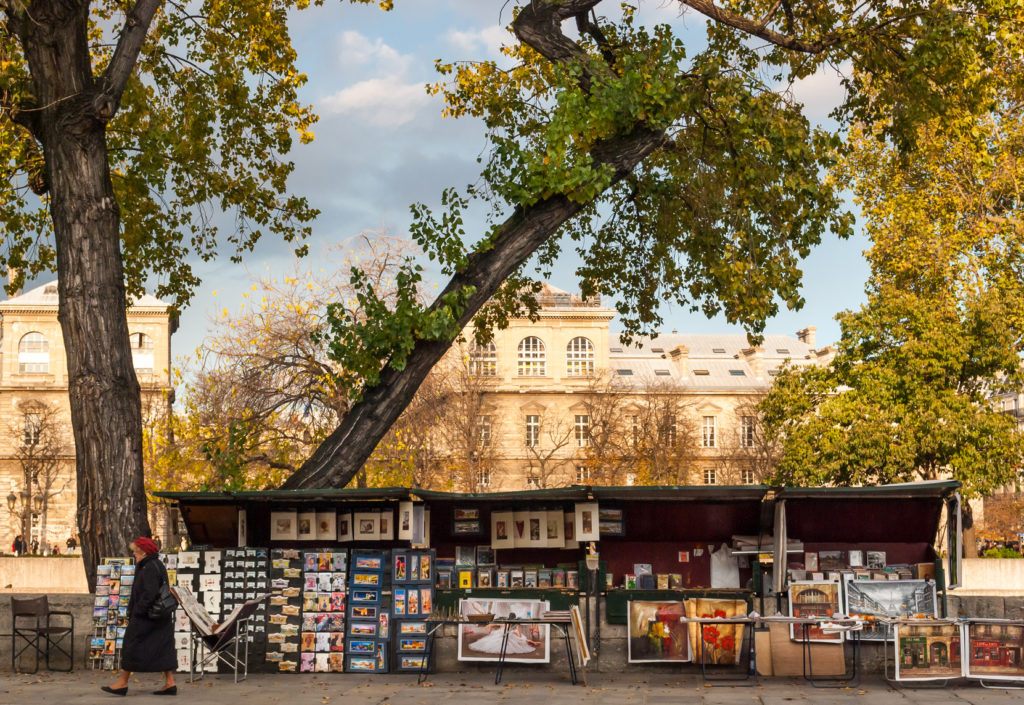 Bon vacance! And who knows, you may well be inspired to create your own masterpiece after visiting this inspirational city. If you do, you’ll be in good company…

How to Get to Paris 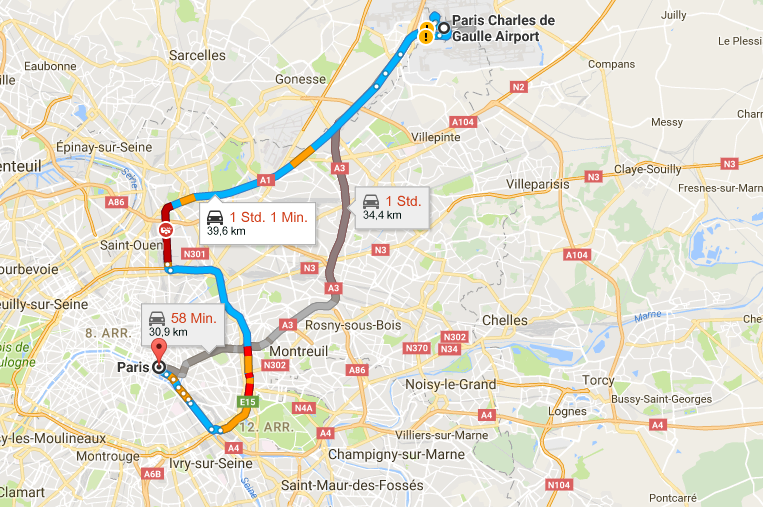 From the UK you can fly into either of the two major airports, Orly and Charles de Gaulle. With a flight time of a just an hour and 15 minutes, and with flights from multiple UK airports including London Heathrow and Gatwick, Paris is the perfect city for a short break. Once you land at either airport, the easiest and most convenient way of getting into the city centre is on a fixed price shared or private transfer with Shuttle Direct. The journey takes around 45 minutes and you’ll be taken directly to the door of your accommodation.

For those who prefer the romance of rail travel, the Eurostar from King’s Cross St Pancras will have you across the Channel in under 2.5 hours. You can arrange for a Shuttle Direct service to meet you at Gare du Nord station and transfer you the rest of the way to your accommodation.

Hotel Minerve: In the heart of the Left Bank, the charming Haussman-style Hotel Minerve offers a haven of sophistication in a quiet, convenient location. Soak up the history, art and culture of the elegant 5th arronsissment while enjoying the views, Wi-Fi, buffet breakfast and stylish décor of the Hotel Minerve.

Hotel Excelsior Latin: Immerse yourself in the legacy of literature in the heart of the Left Bank with a stay in the elegant Hotel Excelsior Latin. With the refined old world ambience of a tranquil floral courtyard, stone walls and timber beams, contemporary touches like free Wi-Fi, cable TV and gourmet continental breakfasts add a taste of luxury.

Regina: Experience Paris in classic luxury at the historic hotel Regina. Located in an unbeatable position on the doorstep of the Tuileries and the Louvre, you can retrace the footsteps of the city’s literary greats then return to the lap of luxury to relax. With opulent period décor, a refined terrace, lounge bar and an exclusive onsite restaurant, you can even take advantage of a private limousine service.

If you need a fixed price onward transfer to and from any airport, train station or cruise port in Europe, Shuttle Direct has a service to suit. With a wealth of experience and transfers to suit any budget and group size, once you’ve made a simple online booking you can leave the rest to us.

No matter where your leisure or business travel takes you, the friendly, expert team at Shuttle Direct can take the hard work out of your arrangements.