Located on the south-east coast of Corsica the port town of Porto-Vecchio has a long history dating back to Roman times. Built on malarial salt marshes the town was largely abandoned after the Romans left until the 16th century. Malaria was only eradicated during the Second World War thanks to the efforts of Allied soldiers. Today the life of Porto-Vecchio is centred around its lively marina which provides berths to many impressive yachts and is home to a sophisticated selection of cafés and restaurants.

As well as taking a stroll around the harbour and the Old Town, cruise ship passengers can take boat trips to the nearby Cerbicale Islands or arrange a tour of some of Corsica’s traditional villages. Alternatively, there are some quite stunning beaches within close proximity of the tender pier which are easily reached by local taxi.

Porto-Vecchio is a tender port where passengers are transferred to a pier located about 2km away from the town centre. The walk into town takes about 20 minutes otherwise there are free shuttle buses provided by the town council. 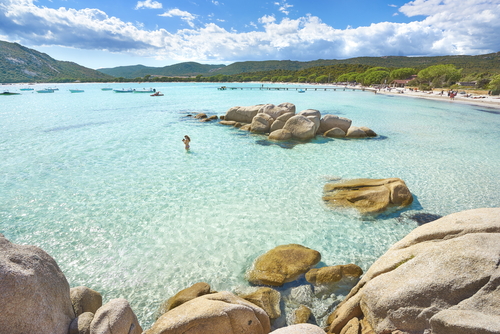 Anyone making their way to Corsica to meet up with a cruise ship or private yacht in Porto-Vecchio can fly into Figari–Sud Corse Airport which lies just 20km to the south-west or Aéroport d’Ajaccio-Napoléon-Bonaparte which lies 100km to the north-west. Both airports attract only a limited number of seasonal flights.

The best alternative means of getting there is to fly into Marseille Provence Airport on the mainland then take a private transfer to the Corsica Ferries terminal in Toulon. There’s an infrequent overnight ferry service direct to Porto-Vecchio or a regular daytime crossing to Ajaccio from where it’s a 3-hour trip by road to the port.

Getting Around in Porto-Vecchio

The main town is very small so is easy to get around on foot. There are boat trips from the harbour to offshore islands. For trips along the coast to Bonifacio or tours of rural Corsica it is best to rent a car or arrange a taxi tour as public transport is very limited. Such excursions may be made available by cruise lines.

A short stroll from the marina leads into the Old Town of Porto Vecchio which stands within the ruined walls of a 16th century Genoese citadel. The main square is Place de la République which is surrounded by attractive (but expensive shops) and a whole host of welcoming cafés and restaurants.

On the southern side of this square stands Église Saint-Jean-Baptiste with its beautiful stained-glass windows. The tiny Chapelle de la Sainte Croix which was built in the 17th century is also worth a visit. 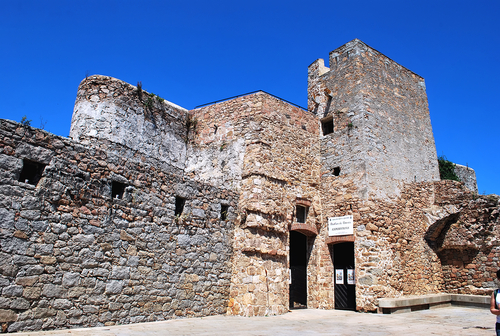 Visitors should also look out for Porto-Vecchio’s restored bastions, especially the Bastion de France which was once an impregnable fortress now serving as a venue for cultural events. The restaurants alongside the Porte Génoise are a great spot to enjoy lunch with fabulous views over the harbour and the salt flats on which the original settlement was founded.

Whilst a stroll around these tourist sights is most enjoyable, it is the charming atmosphere of Porto-Vecchio, its lively marina and nearby beaches which appeal to the majority of visitors.

Porto-Vecchio is a great base from which to visit some beautiful beaches with fine, white sand and turquoise-clear waters which are safe for swimming. Highly recommended is Palombaggia Beach which lies 10km to the south overlooking the Cerbicale Islands. Cruise ship passengers would be best advised to take a taxi from the tender pier to get there. A little further along the coast lies Plage de Santa Giulia which is also popular with locals and tourists alike. The coast road out of Porto-Vecchio to the north leads to Plage de Cala Rossa (10km) which is another attractive beach with great inland views of the jagged peaks of the Aiguilles de Bavella (Bavella Needles). A taxi transfer from cruise ships is once again the best way of getting there.

If a day at the beach isn’t your thing there are plenty other things to do around Porto-Vecchio. There are boat trips from the harbour to the nearby Cerbicale Islands or further along the coast to the Lavezzi Islands. Both island groups are uninhabited and are idyllic for swimming and snorkelling. Many visitors like to make their way to the beautiful town of Bonifacio which lies 30km to the south. Dating back to the 9th century AD when its citadel was built as protection against pirates, this delightful town is one of the highlights of the region. 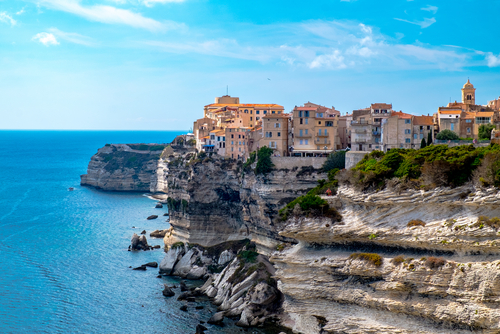 Heading inland on a tour of some traditional villages is a great way to learn more about the history and culture of ‘the real Corsica’. Highlights would include a visit to Zonza which lies 40km to the north-west which is the gateway to a dramatic geographic feature known as the Bavella Needles. Nearby is the lovely village of Levie which is home to a museum housing the Lady of Bonifacio. This is a skeleton dating back to 6570BC which is one of the region’s most important prehistoric sights.

A larger town of interest is Sartène which stands on a hilltop some 50km west of Porto-Vecchio. It is one of the most visited of the inland towns which attracts plenty day-trippers during the summer months. With limited and unreliable public transport on any rural itinerary, cruise ship passengers would be advised to book a shore excursion or rent a car for their day in port from Porto-Vecchio.