If you don’t know where you came from, how can you know where you’re going? Well, if you happen to be coming from Amsterdam and going to Maastricht, then you’re in luck. Not only does Shuttle Direct have a service that will take you directly from the airport in Amsterdam to Maastricht, you’ll get to drive by some of the most interesting sites in the Netherlands.

These historical attractions are worth coming back to. From bunkers and concentration camps to castles and museums, you won’t find a better way to discover where this part of the world came from and think about where it may be going.

As you begin your journey from Amsterdam to Maastricht, keep an eye out for De Haar Castle. It dates back to the thirteenth century and was originally home to the Van Zuylens – in fact, the castle was so beloved by the family that their descendants still spend their Septembers here each year. And when the baron and baroness return, the parties they throw for their high-profile international guests are known for their lavishness.

It’s not hard to see the appeal of this castle – after all, it looks like it’s straight out of a fairytale. It enchants and delights with its drawbridges, moats, chapel and extensive parks and gardens that are complete with canals. Come back to enter the castle and a fantasy world – and to discover all the history that lies within.

Recommended Visit Time: You could easily spend at half a day here, and perhaps longer. 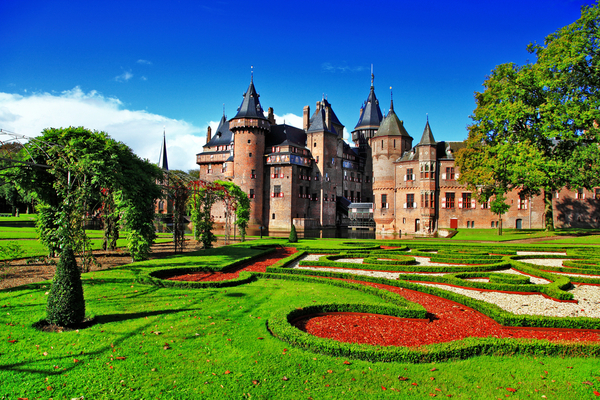 Next to look for on your transfer from Amsterdam to Maastricht is Bunker 599 (if you’re driving down the A2 highway, you’ll see it is visible from your vehicle). While still largely considered a historical landmark, it also has aspects to it that make it reminiscent of an art or design project.

It was originally one of the 700 bunkers in use from 1815 to 1940. They were utilised by the New Dutch Waterline, a military defence branch that protected cities by implementing intentional flooding during wartime. In 2010, Rietveld Landscape took it upon themselves to reveal even more of this fascinating and unique aspect of Dutch history to the general public – and what better way to do so than by literally slicing open the seemingly impenetrable Bunker 599 and exposing its tiny, hidden interior?

Now a whole separated into two halves, a wooden boardwalk runs through the middle of it, leading those who walk it through the bunker and out towards the nature reserve that lies to the back. This Dutch national monument is not to be missed – return at a later time so you can (quite literally) immerse yourself in its history.

Recommended Visit Time: Between thirty minutes and an hour.

The next point of interest as you travel from Amsterdam to Maastricht is Het Noordbrabants Museum. The various collections here host over 30,000 works of art and other objects, with everything from drawings, prints, paintings and textiles to medals, coins, silver and glass. The time periods of the pieces showcased here are incredibly diverse – some are old enough to be from Roman times while others are contemporary (and others date somewhere in the middle).

You will find the museum located in what was once Den Bosch Government Palace. Taking a trip back here is a perfect way to experience the culture and history of the Southern Netherlands and North Brabant.

Recommended Visit Time: At least a few hours, although if you’re someone who has a lot of museum stamina, it’s very possible you’ll want to spend more time here. 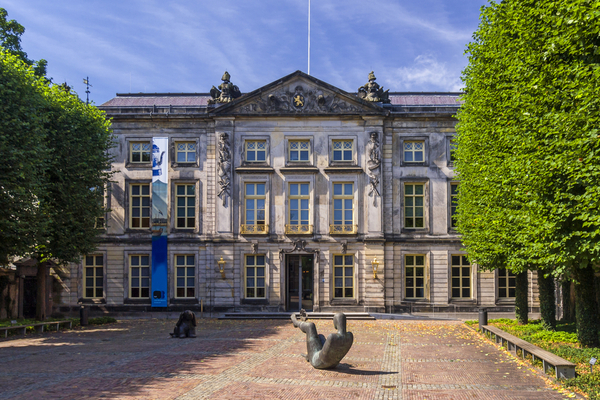 The last site you will pass on your way from Amsterdam to Maastricht is perhaps the most important and definitely the most sobering. The Camp Vught National Memorial now stands where the former Herzogenbusch Concentration Camp once did. This is the only SS camp that was built outside of Nazi Germany, and it ran from 1943 to 1944. It is estimated that out of the 31,000 people who were held here, 749 died.

The prisoners, mostly Jews, gypsies, resistance fighters and political rivals, were required to make products such as radios and torches for the German war industry. Even with the horrendous circumstances that surrounded them, they did not give up easily – they resisted their confinement by sabotaging the goods they were forced to make.

In the words of George Santayana, ‘Those who do not remember the past are condemned to repeat it’, and this is a part of history that humanity must never repeat. I believe it’s important to return to this memorial at a time when you can properly pay homage to those who were unfairly made to live and, in some cases, die here.

Recommended Visit Time: Give yourself a few hours, but also build in time if you think you may decide to stay longer. 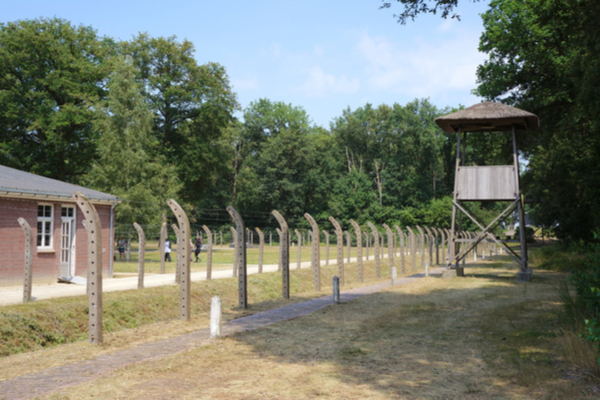 From Amsterdam to Maastricht

Flights from London to Amsterdam Airport (AMS) are just over an hour long, making a trip to the Netherlands nearly no hassle. If you want to continue the stress-free journey, I’d recommend booking yourself an airport shuttle from Amsterdam to Maastricht. My favourite service is Shuttle Direct – I always have the best experiences with them, and I find that a lot of the time their drivers live in the area and speak English, meaning I can ask them for tips only a local would know!

Shuttle Direct is one of the leading airport transfer services, with routes all over Europe and North Africa. For a fast, reliable and professional transfer in either a private or shared vehicle, book with us. We’ll get you where you need to go in no time!

NB. This route guide has been compiled as an aid to visiting the region. Your airport transfer service from Amsterdam to Maastricht does not include stops to these destinations.