Lying in the Emilia-Romagna region of Italy some 125km south of Venice, the city of Ravenna is relatively unknown on the Italian cultural circuit yet it is home to numerous monuments which appear on the UNESCO World Heritage List. These attractions have been recognised for their exquisite mosaics which date back to the 5th century and are representative of the Roman, Arian, and Byzantine civilizations which settled in the region.

Cruise ship passengers will find Ravenna to be a delightful port of call where a casual stroll around the city’s historic attractions can be enjoyed with refreshment breaks at its many welcoming cafés and restaurants. Whilst unnecessary considering all that Ravenna has to offer, some passengers may prefer to head out of town on a shore excursion to destinations such as Bologna, Ferrara or San Marino.

The coast near Ravenna has been home to a major seaport since 31BC when the Roman Emperor Augustus established a military harbour at Classe. Today the Port of Ravenna, which is located a little further north, plays an important role in trade with the Eastern Mediterranean and beyond. Cruise ships dock at the attractive Porto Corsini which lies 12km north-east of the city. Whilst the area surrounding the cruise port hosts the Adriatic’s largest marinas and is surrounded by pretty beaches and woodland, most passengers prefer to head into Ravenna rather than hang around the port area.

Transfers to Ravenna from Bologna Airport

Passengers who are beginning or ending their cruise in Ravenna will most likely be arriving or departing through Bologna Guglielmo Marconi Airport which lies 90km west of Porto Corsini. There are direct shuttle bus services from the airport to Ravenna as well as buses to Bologna Centrale railway station from where there are train services to Ravenna. Taxis are also available although they tend to prove to be an expensive option.

For the sake of convenience cruise ship passengers can pre-book private transfers from Bologna Airport to the city of Ravenna or directly to Porto Corsini and have a driver awaiting their arrival at any time of day or night.

Getting Around in Ravenna

Most cruise lines offer shuttle transfers from Porto Corsini into Ravenna which takes around 20 minutes. Alternatively, passengers can take public bus number 90 to Ravenna train station from the bus stop near the Tourist Information Office on Via Po. As there is only one bus per hour this mode of transport usually proves to be a false economy on a time restricted visit. Unlike most ports around the world there are few taxis waiting for incoming cruise ships although staff at the information kiosk at the end of the cruise pier are happy to call for taxis on request. 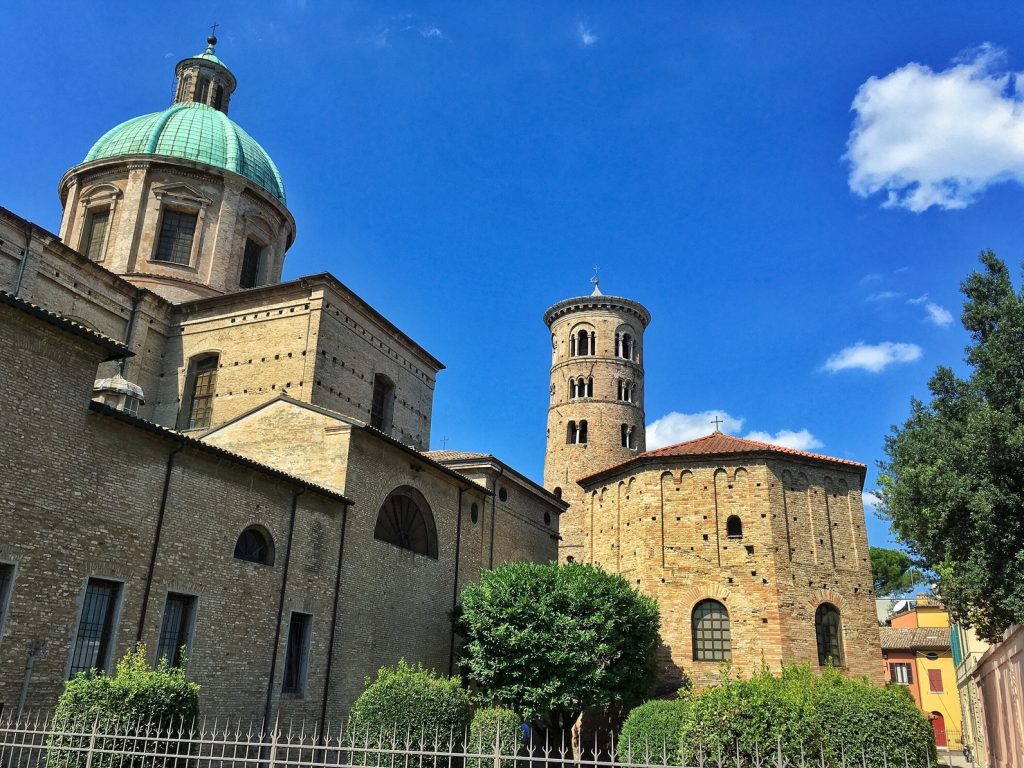 Cruise ship passengers travelling by shuttle buses are usually dropped off on Viale Farini from where all the main sights are easily accessible on foot. It is highly recommended that visitors buy a combination pass at the ticket office of one of these buildings as it provides access to five of the city’s top attractions:

Please note that appropriate dress is expected to be allowed access to these holy monuments.

The highlight of a day in Ravenna is to see the exquisite mosaics which are housed in a number of churches from the Roman and Byzantine periods. Eight of these buildings have been recognised by UNESCO as World Heritage Sites making Ravenna one of Italy’s great art centres. A good place to start a self-guided walking tour is at the Basilica di San Vitale which is home to a spectacular display of 6th century mosaics. It is considered to be on of the finest examples of early Christian Byzantine art in Europe. 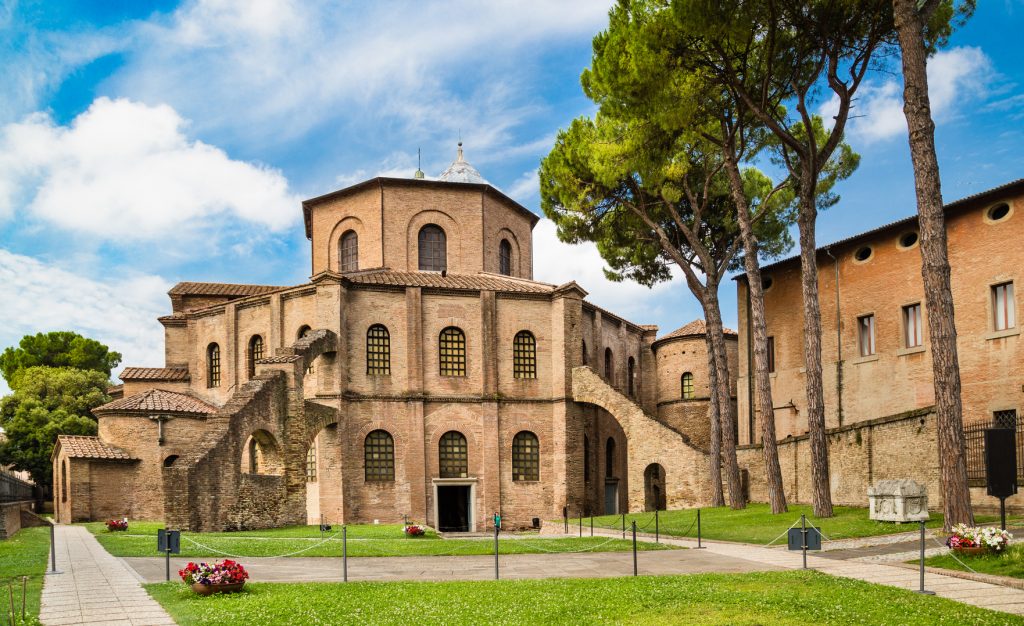 Famous Basilica di San Vitale, one of the most important examples of early Christian Byzantine art in western Europe, in Ravenna, region of Emilia-Romagna, Italy

Standing right next to the basilica is the 5th century Mausoleo di Galla Placidia where more of the city’s finest mosaics dating from the Roman period are on display. After a coffee break at one of the terrace cafés on the nearby Piazza del Popolo the next main sight to head for is the Battistero Neoniano which is famous for its 5th century ceiling mosaic followed by the adjoining Museo Arcivescovile which exhibits magnificent examples of Byzantine craftsmanship.

Insider Tip: For a lunchtime snack you should try a ‘piadina’ which is a typical snack of the Emilia-Romagna region. This flatbread is usually filled with hams and cheeses and is sold from street kiosks. For a more formal lunch head for a local ‘trattoria’ and try a ‘cappelletti’ dish. This is a cheese-filled pasta which is popular throughout Romagna. 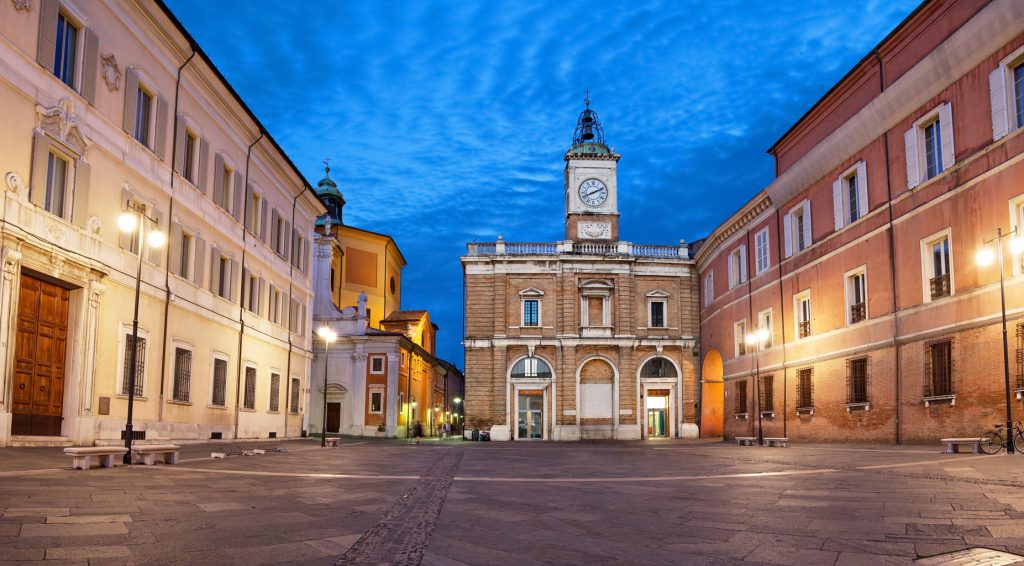 Heading back in the direction of Viale Farini you should briefly visit the Tomba di Dante where the famous poet is buried before continuing on to the 6th century Basilica di Sant’Apollinare Nuovo. Before returning to the shuttle bus you should end your walking tour of Ravenna at the Battistero degli Ariani which is best known for its ceiling mosaic of John the Baptist of the Arians. 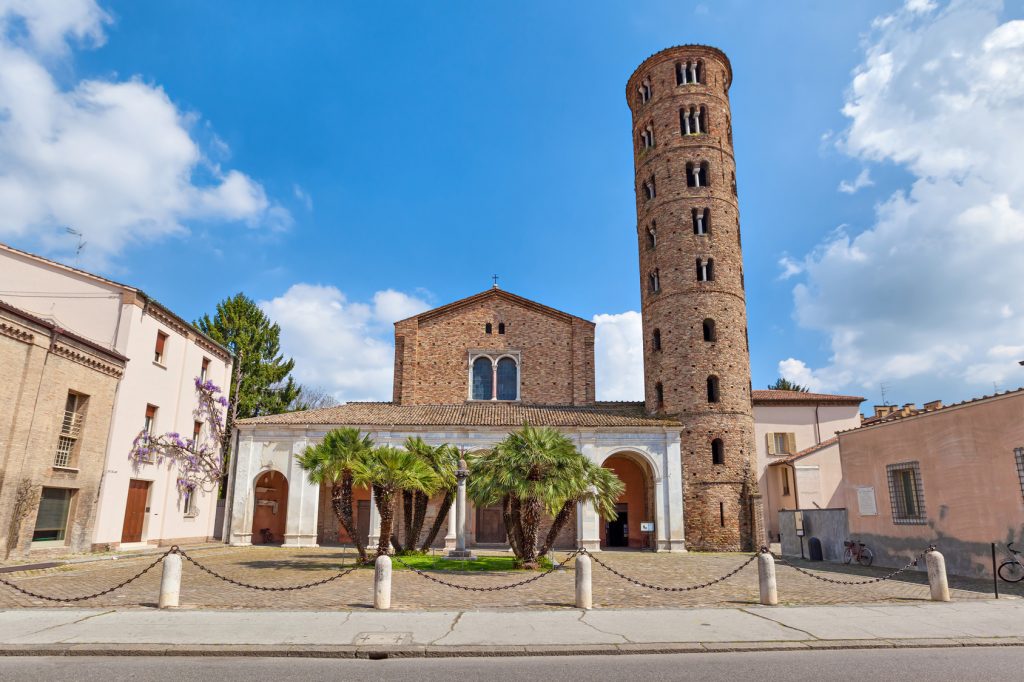 Back at the ship you may find time to go to the local beach which lies just north of the cruise port or take a walk through the pine forest of the adjoining Riserva Naturale Duna Costiera Di Porto Corsini.

Considering everything that Ravenna has to offer and the limited time available in port there’s really no need to plan excursions beyond the city itself. Nevertheless cruise lines will often make shore excursions available to passengers who prefer to go further afield. The main destinations on offer usually include the historic cities of Bologna which lies 85km to the west and Ferrara which lies 80km to the north-west. Another possibility is to head for the small country of San Marino which is about 70km to the south but hardly merits a visit.