Located right in the very north of the Adriatic Sea, Rijeka is Croatia’s largest port and 3rd largest city. Its position and deep-water harbour has made it a much sought after destination amongst the powers of that region throughout history and to this day it is shipbuilding and sea transport which are the key elements of the local economy.

The city’s turbulent past has seen it controlled by Celts, Romans and Byzantines (to name but a few) before the Habsburgs took control in the 15th century and ruled for some 450 years. Arriving by ship your first impressions will most likely be unfavourable as you look over an ugly shipyard with large apartment blocks beyond. Don’t let this put you off as it’s only a short walk to the city’s old town where you can appreciate the historic past as you admire the Austro-Hungarian architecture within the Roman walls and relax at one of the many open-air cafés which characterise the central area. Once you’ve seen this side of modern-day Rijeka it will come as no great surprise to learn that the city has been selected as the European Capital of Culture for 2020.

Catering for small and mid-sized vessels, there are numerous docks where cruise ships can stop in the port of Rijeka. There is also a container terminal for dealing with larger vessels. Fortunately for passengers, all these arrival points are within a short distance of one another in the city centre so once you disembark it’s only a few minutes’ walk to the heart of Rijeka’s historic old town.

Rijeka Airport lies 27km south-east of the city on the island of Krk which is linked to the mainland by the Krk Bridge. The drive along the main A7 road from the airport to the city usually takes about 30 minutes. An Airport Bus meets incoming flights and will transfer passengers to Jelačićev square in Rijeka before continuing on to Opatija.

Far more convenient is to pre-book a private transfer from Rijeka Airport with Shuttledirect and have a driver collect you on arrival. You can then be transferred to your cruise ship at the port or to any hotels in the city or in Opatija. 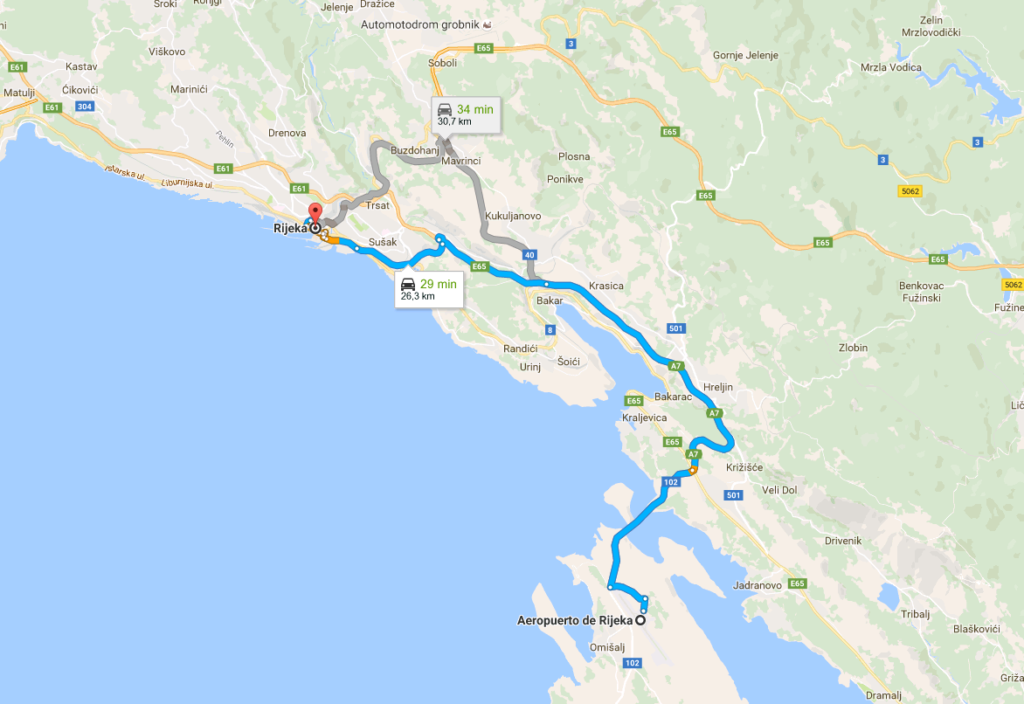 Getting Around in Rijeka

From your ship it’s only a few minutes’ walk into the Korzo part of town which is home to most of the city’s attractions and some fine cafés where you can sit outside and watch the world go by. This area is for pedestrians only so transport isn’t an option anyway.

You can get buses number 2 or 8 to climb the Trsat Hill as the steps up to the castle at the top are very difficult unless you’re very fit. Local taxis will take you anywhere else within the city. To get to Opatija take bus number 32 out of town or for convenience sake hire a private vehicle and driver for a few hours.

Trsat Castle: Overlooking the city from a height of 138m this 13th-century castle is a great spot from which to look down on the old town and get great views out to sea. the site was originally a Roman fort which served as an important strategic fortification over many centuries. Today it serves as a venue for major events including summer concerts and theatre performances. A number of historic churches lie nearby which attract many pilgrims including Pope John Paul II who visited in 2003. If you’re fit enough you can walk up the 561 steps of the ‘Trsat Stairway’ to get there otherwise there are city bus routes for getting there. 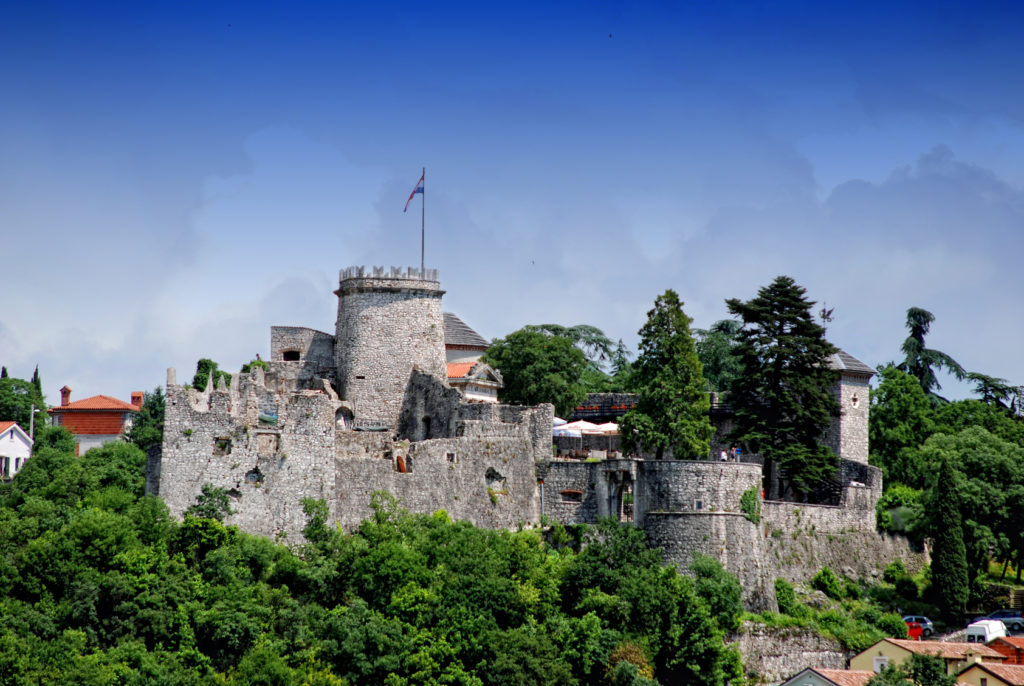 Korzo and City Tower: The main pedestrianised street of central Rijeka is home to some beautiful buildings as well as numerous cafés, restaurants and shops. It’s a fine place to wander along, taking in the atmosphere of the city. Keep an eye out for the City Tower which is perhaps the most recognisable feature of Rijeka. The passageway next to the tower is the main entry point into the old town.

Croatian National Theatre: Built in honour of local composer Ivan Zajc, whose statue stands in the small park outside, this beautiful theatre first opened its doors in 1885. It is one of the country’s premier artistic venues which hosts a range of drama, opera and ballet performances throughout the year.

Modello Palace: Look out for the beautiful facade of the Viennese inspired Palača Modello which was constructed on the site of a theatre in 1885. Originally built to serve as a bank, it is now home to the city library.

Insider Tip: Located near the National Theatre building, the Central Market is a great place to immerse yourself in local life and pick up some fresh, local produce. Originally a fish market it now has stalls selling a wide range of fruit and vegetables together with local hams and olive oils, etc. The surrounding streets are also a great place to enjoy a typical lunch at one of the cheap ‘konobas’.

Rijeka Cathedral: The round exterior of the city’s St. Vitus Cathedral may appear a little unremarkable when compared with some of the great cathedrals of Europe but it’s well worth going inside to take a look at the impressive Gothic and Baroque design. 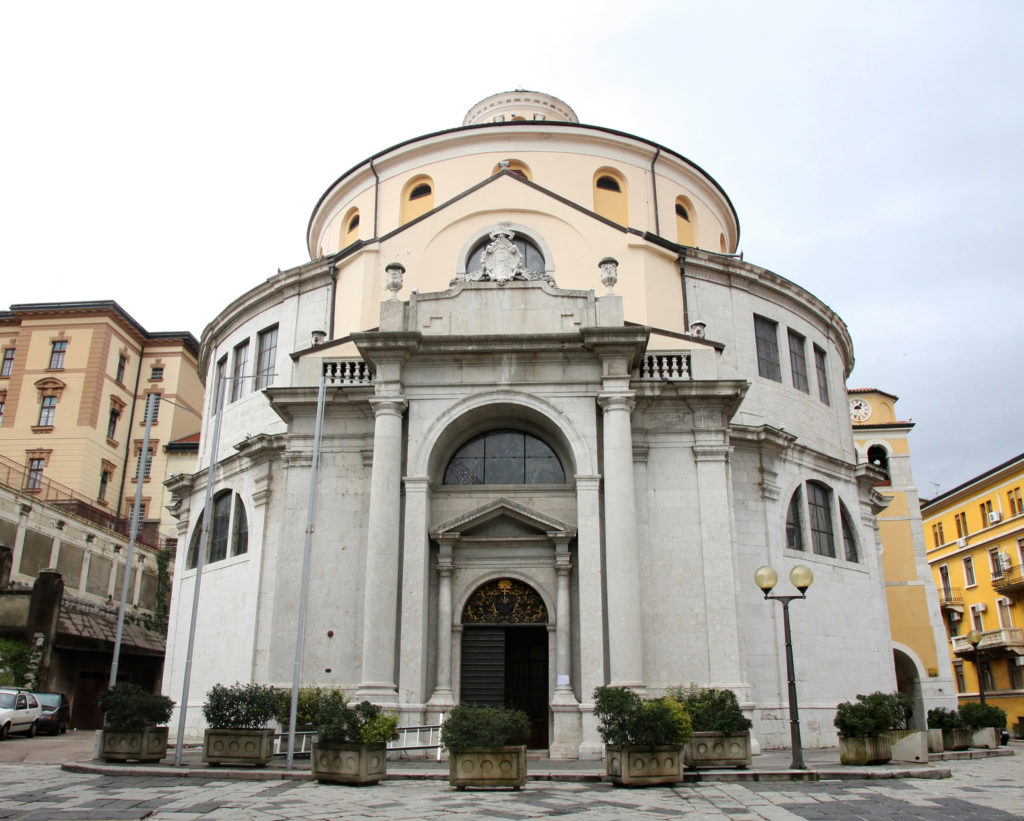 Opatija: Time permitting you could hop on a local bus out of Rijeka for the 30 minute ride west to visit Opatija. This town was a long-time favourite seaside destination for wealthy Austro-Hungarian families who were responsible for building the magnificent 19th century mansions which remain there.

Insider Tip: If you’re looking for somewhere special for lunch in Opatija head for Le Mandrac which is located in the harbour of the old fishing village of Volosko. It is one of the best restaurants around. 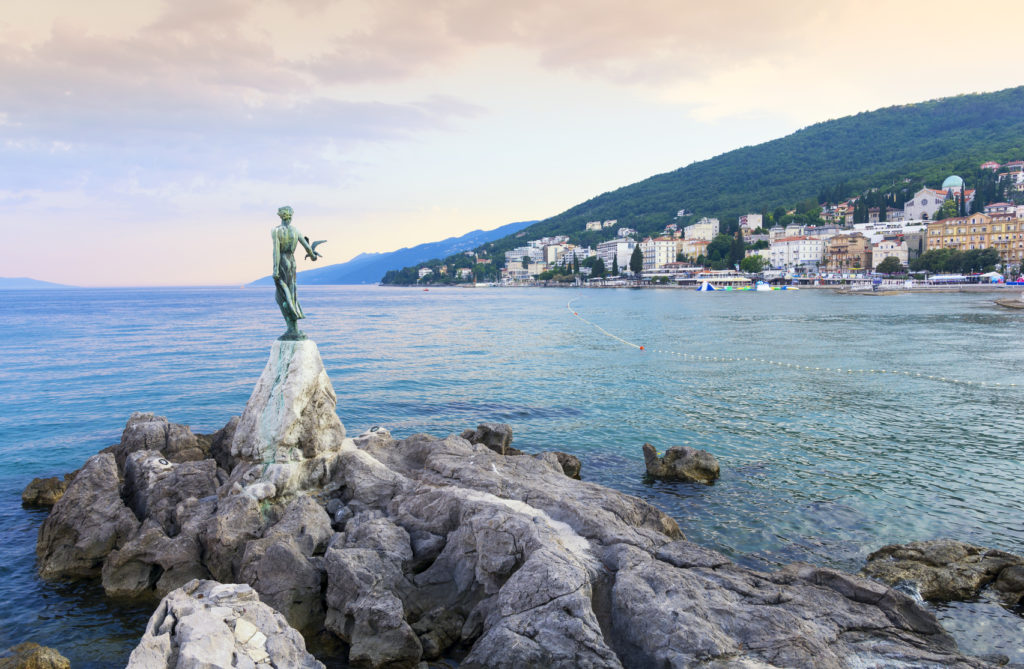 One Night in Rijeka

If you’re staying in Rijeka overnight then the Croatian National Theatre is the main attraction as far as cultural entertainment is concerned. If you’re visiting during the months of June or July you might be fortunate enough to be able to attend a show there during the annual Rijeka Summer Nights Festival. Otherwise you shouldn’t have any problem getting to one of the many productions which take place at open-air venues all over the city. These include both classical music and pop concerts as well as street theatre.

Within the streets of the old town you’ll find some interesting cafés and restaurants to suit many tastes. For novelty value start your evening at the Cukarikafe Bar (Trg Jurja Klovica 4) which is an atmospheric, living-room type venue then head for dinner at Konoba Nebuloza (Titov Trg 2b) which is a great restaurant for seafood dishes. Alternatively, try Konoba Na Kantunu (Wenzelova 4) which is located near the fish market and is also highly regarded for its fish dishes. For a more rustic experience head for the famous Gvardijan Pizzeria (Frankopanski Trg 9) near Trsat Castle where they serve 100 different pizzas as well as Mexican food in atmospheric surroundings.