Located on the Basque coast of south-west France the historic fishing port of Saint-Jean-de-Luz is a popular tourist resort amongst French holidaymakers. The port’s heyday was way back in the 16th and 17th centuries when it prospered on the back of the fishing and whaling industries. In addition the local economy benefitted from the ill gotten gains of local pirates which helped finance the construction of many of the fine buildings that still survive in the town’s historic centre.

As well as admiring the local architecture, cruise ship passengers arriving for a day in port can visit some of the region’s finest beaches or relax at one of the town’s thalassotherapy spas. Visitors wanting to travel further afield can simply head across the harbour to the charming town of Cibourne or take the train along the coast to Biarritz or Bayonne. Another option is to cross the border into Spain and visit the beautiful city of San Sebastián.

Cruise ships visiting the port of Saint-Jean-de-Luz anchor offshore and tender passengers into the old town. Unfortunately, due to rough seas off this coast it isn’t uncommon for ships to be redirected to the lovely port of Bayonne which lies 25km to the north-east (by road).

Considering the limited and seasonal nature of flights arriving at Biarritz Airport it is likely that some passengers will find Bilbao Airport to be a more convenient point of arrival or departure. The airport lies across the Spanish border some 130km to the west of Saint-Jean-de-Luz. Shuttledirect can also provide transfers from Bilbao Airport into the French Basque region. 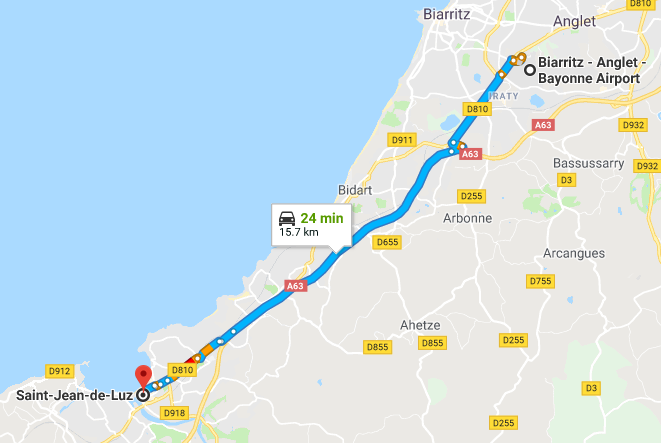 Getting Around in Saint-Jean-de-Luz

From the tender quay it’s easy to get around the town on foot although there is the Petit Train de Saint-Jean-de-Luz (Rond Point Du Port De Peche) which provides a short tour of the town’s main attractions. Visitors heading out of town should make their way to the Gare de Saint Jean de Luz – Ciboure (Avenue de Verdun) to catch trains to Biarritz or Bayonne. Train services to San Sebastián in Spain are available but passengers must change at the Irún/Hendaye border station due to different rail gauges between the countries.

Visitors to the town of Saint-Jean-de-Luz can wander around the attractive buildings without having to head for the usual ‘must-see’ sights which are often associated with ports of call around the world. A recommended walk would begin on Quai de L’Infante overlooking the harbour and continue to the lovely Place Louis XIV. After a coffee break at one of the cafés on the square the route continues along the commercial Rue Léon Gambetta.

All along this route there are historic residences dating back to the golden age of Saint-Jean-de-Luz. One building of particular historic significance is La Maison de l’Infante (Rue de l’Infante) which is where Maria Theresa of Spain stayed for a night in 1660 shortly after marrying Louis XIV of France in Saint-Jean-de-Luz. This arranged marriage took place as part of the terms of the Treaty of the Pyrenees and was of major historic importance as it ended the Franco-Spanish War (1635–59). The marriage took place in the Église Saint-Jean-Baptiste (Rue Léon Gambetta) which is the town’s main tourist attraction. 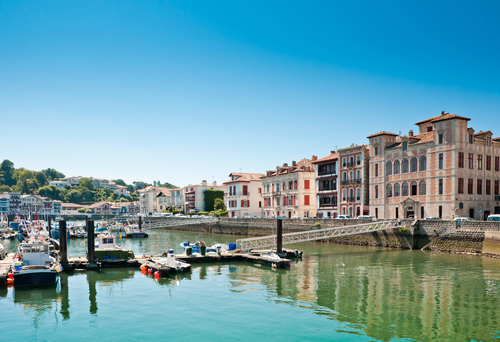 Between the old town and the Atlantic Ocean stands La Grande Plage which has been the highlight of the resort as far back as the late 19th century when it attracted members of the French and Spanish aristocracy. Today it is more of a down to earth family destination which is easily accessed from the old town and is overlooked by the mountains of the Pyrenees in the distance. Visitors looking for a little pampering during their day in port can sign-up for seawater therapy treatments at the thalassotherapy spas which are available at some of the beachfront hotels such as the Thalazur Spa Marin (Place Maurice Ravel) or the Loreamar Thalasso Spa (43 Boulevard Thiers).

There are plenty reasons to hang around Saint-Jean-de-Luz during a short visit as well as a number of nearby attractions. The nearest of these is the charming port of Ciboure which lies just across the harbour and can be reached on foot in about 20-minutes from the town centre.

Travelling up the coast by train from Gare de Saint-Jean-de-Luz – Ciboure takes passengers to Biarritz which is the region’s most prestigious holiday resort. Further afield lies the beautiful medieval town of Bayonne. Passengers whose ships are rerouted here due to high winds off Saint-Jean-de-Luz are rarely disappointed! 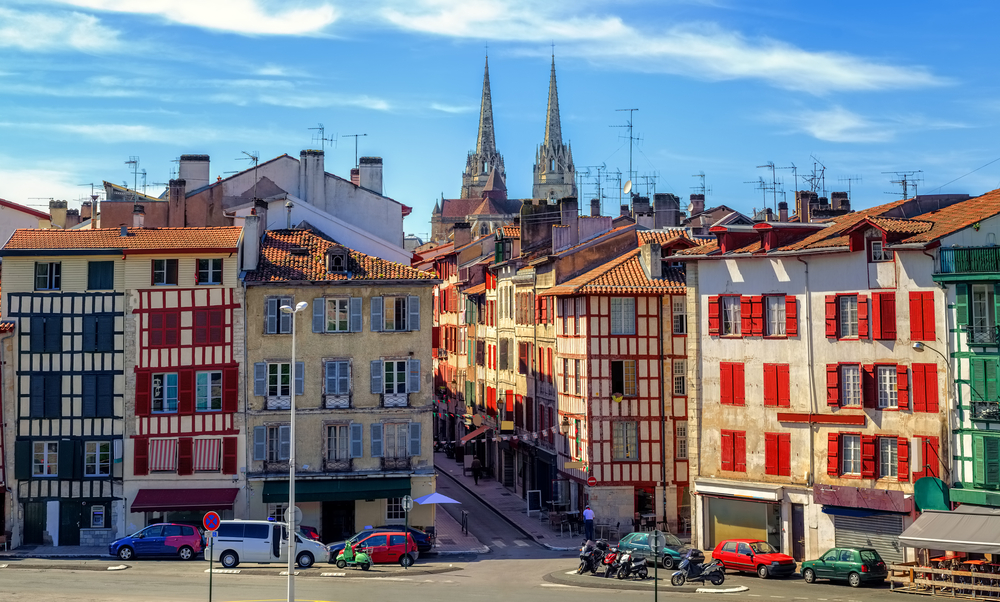 The other main shore excursion is to the Spanish city of San Sebastián which lies 35km to the west of Saint-Jean-de-Luz. Donastia (its Basque name) is best known for its city beach (Playa de la Concha) and its Old Town (Parte Vieja) which is filled with tapas bars. Getting there by train can be tricky so official shore excursions or private tours are recommended.