Saint-Raphael is a family-friendly holiday resort located on the Côte d’Azur midway between Saint-Tropez and Cannes. Its heyday was in the late 19th century when beautiful Belle Époque mansions were built along its seafront overlooking the Mediterranean. The resort is home to a small but charming Old Town with a number of interesting attractions including an excellent archaeological museum. There are some attractive beaches within walking distance of the town centre and a fine selection of stylish cafés and restaurants. Passengers from cruise ships visiting Saint Raphael can easily enjoy a day in port or take shore excursions to a number of exciting destinations along the French Riviera.

Cruise ships visiting Saint-Raphael tender their passengers ashore to a dock located close to the Best Western Hotel La Marina in Port Santa Lucia. This is approximately 2km south-east of Le Vieux Port in the town centre. If your cruise line doesn’t provide a shuttle bus into town it’s a pleasant 30 minute walk along the coast to get there. Taxis are available from Port Santa Lucia and there are infrequent public buses serving this route.

Getting to Saint-Raphael from Nice Airport

Passengers meeting cruise ships and private yachts in Saint-Raphael will most likely be arriving in France through Nice Côte d’Azur Airport which lies 60km along the coast to the north-east. Bus number 3003 from outside the terminals runs directly to Saint-Raphael otherwise passengers can walk to Nice St Augustin train station and travel to Saint-Raphael with a change in Antibes or Cannes. Alternatively, bus number 99 from the airport delivers passengers to Gare de Nice-Ville from where there are direct services to Saint-Raphael.

A far more convenient option for travellers with luggage is to pre-book a private transfer from Nice Airport to Saint-Raphael with Shuttledirect. This company provides transfer services to cruise ports and hotels all along the Côte d’Azur. 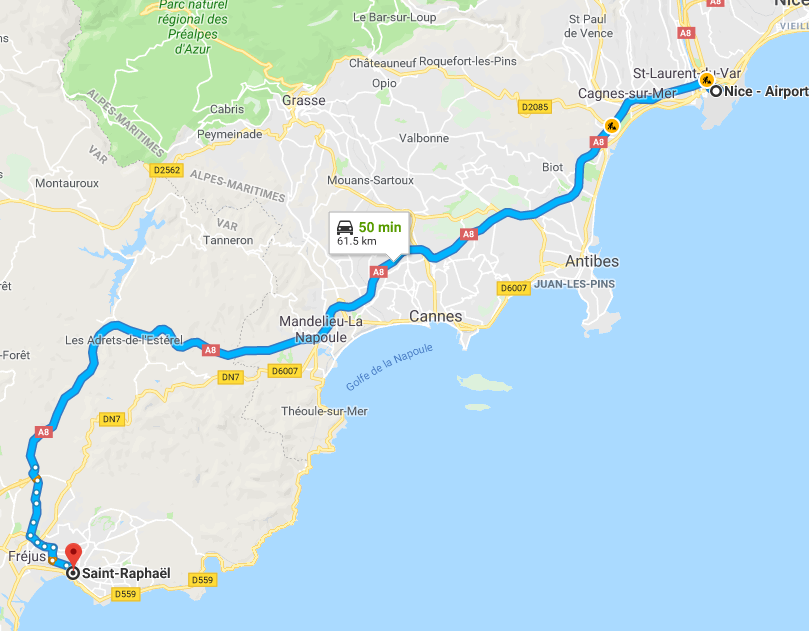 Getting Around in Saint-Raphael

The main sights of Saint-Raphael and the local beaches are easily accessible on foot from the Vieux Port. There are buses to nearby Fréjus and the town stands on the main railway line which provides access to well-known destinations along the Côte d’Azur including Cannes, Nice and Monaco. The Gare de Saint-Raphaël Valescure (Rue Waldeck Rousseau) lies just 35om from Le Vieux Port in the town centre but almost 2km from where cruise ship passengers disembark from their tender boats.

A novel way to visit the famous tourist resort of Saint-Tropez is to take a boat trip from Quai Nomy with Les Bateaux de Saint-Raphael. Their trips take about an hour each way and provide fabulous views of the coastline en route. If the Saint-Tropez route is sold out or inconvenient for your time in port you can take a shorter trip along the coast to see the fjord-like calanques of the nearby Esterel coast.

Whilst Saint-Raphael isn’t filled with ‘must-see’ tourist attractions, it is one of the most charming and welcoming resorts along the Côte d’Azur. Cruise ship passengers who don’t want to head off on shore excursions to the likes of Cannes or Monte Carlo can easily spend a leisurely day in this lovely town.

First impressions for many visitors are the beautiful Belle Époque buildings which overlook the promenade. These were destroyed during the Second World War and have been rebuilt in their original style. Just inland from the harbour stands the Basilique Notre Dame de la Victoire (19 rue Jean Aicard) which dominates the skyline of Saint Raphael. Dating back to 1887 this beautiful church is the town’s main architectural and religious attraction. 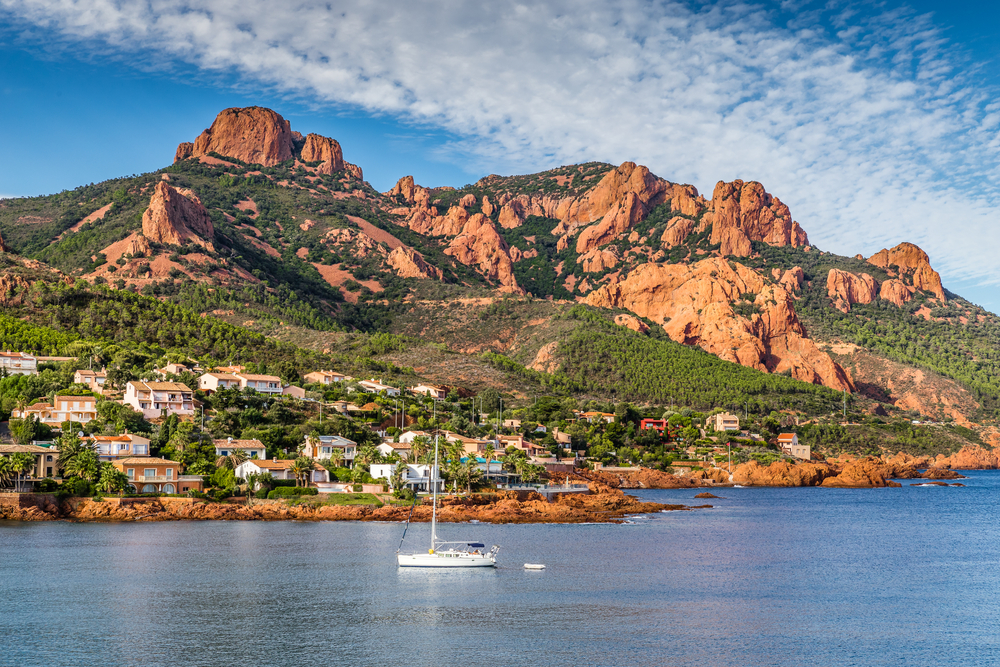 There is a small Old Town which is well worth wandering around. It is located around the medieval Eglise Sant Raféu (Rue de la Vieille Église) and is home to the Musée Archéologique de Saint-Raphael (Rue de la Vieille Eglise). This museum has some impressive artefacts discovered in the region some of which go back to prehistoric times together with an underwater archaeology section. Visitors can climb to the top of its tower to get great views over the port.

For passengers who prefer to spend a few hours relaxing in the sun there are some lovely beaches within easy walking distance of Le Vieux Port. The nearest ones are Les Sablettes to the west and Plage du Veillat to the south-east. Continuing along this coast towards Port Santa Lucia there are a number of other popular family beaches.

For visitors who would like to get out of Saint-Raphael and discover more of the French Riviera there are several excursions worth considering. The nearest destination of interest is the twin town of Frejus whose centre is less than 4km north-west of Le Vieux Port. Its main attractions include the magnificent Fréjus Cathedral which is a national monument with a history dating back as far as the 5th century. There’s also a Roman aqueduct in the town centre.

Some 40km south of Saint-Raphael is the former fishing village of St Tropez which became world famous in the 1950s after Brigitte Bardot appeared in a movie which was filmed there. To this day it remains a playground for the rich and famous which is home to a luxury marina which attracts some of the world’s most expensive superyachts during the summer months. 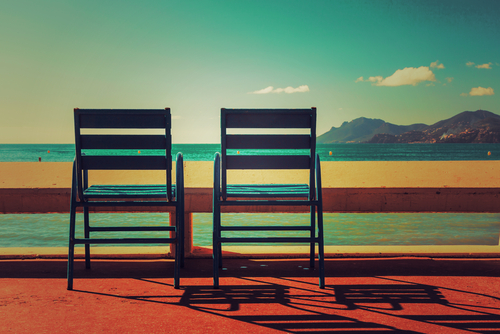 A similar distance to the east lies Cannes which is well-known for its annual film festival and is another resort which has long been considered a millionaires’ playground. Further afield is the Principality of Monaco which is famous for its annual Formula One Grand Prix which runs around its spectacular harbour and as home to the Monte Carlo Casino and Palace of the Grimaldi family. Unfortunately, the 90km journey to get there can prove extremely time consuming for cruise ship passengers with just a few hours to spare.