When the harsh winter wind chills you to the bone, putting on a pair of fuzzy socks, sitting in front of a crackling fire and warming your hands and belly with a hearty Irish stew is one of the best remedies. But while it’s a privilege to eat a flavourful portion of simmered meat and vegetables today, this wasn’t always the case. Let’s talk about the surprisingly humble beginnings of Ireland’s savoury stew. 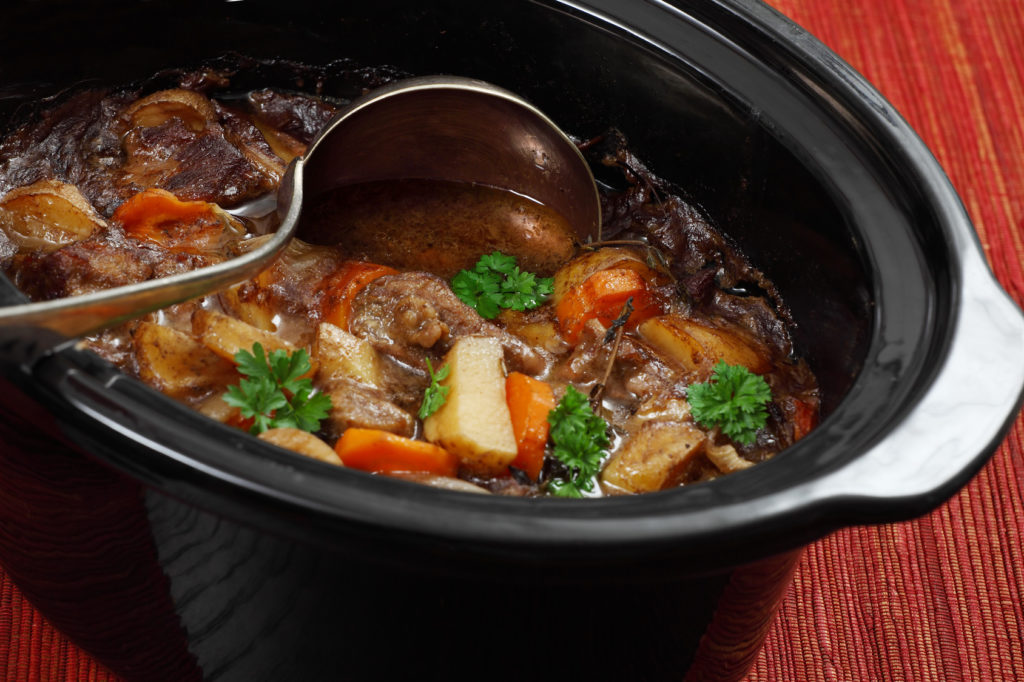 Although stews date back all the way to the mighty Roman Empire, this cooking method only became popular in Ireland during the early years of the nineteenth century. During this period, Ireland was transitioning into a phase of severe economic hardship, commonly known as the Irish Potato Famine (1845 – 1852).  In the years leading up to this calamity, Irish families were starting to grapple with poverty, brutally limiting their object and food acquisition. Many households had nothing more than a pot as a cooking utensil, which was hung over a fire.

With nothing more than a few cheap and accessible ingredients, such as mutton, onions and potatoes (before the Potato Famine, at least!), families were able to produce a meal in their hanging pot that was modest, but filling enough to survive. However, the early versions of Irish stew were – for modern standards – far from tasty: oftentimes, the mutton was so tough that it had to be simmered for hours on end to even be edible. Only more affluent families were able to use nicer meats and further enhance the taste of their culinary concoction with parsnips, carrots or turnips. 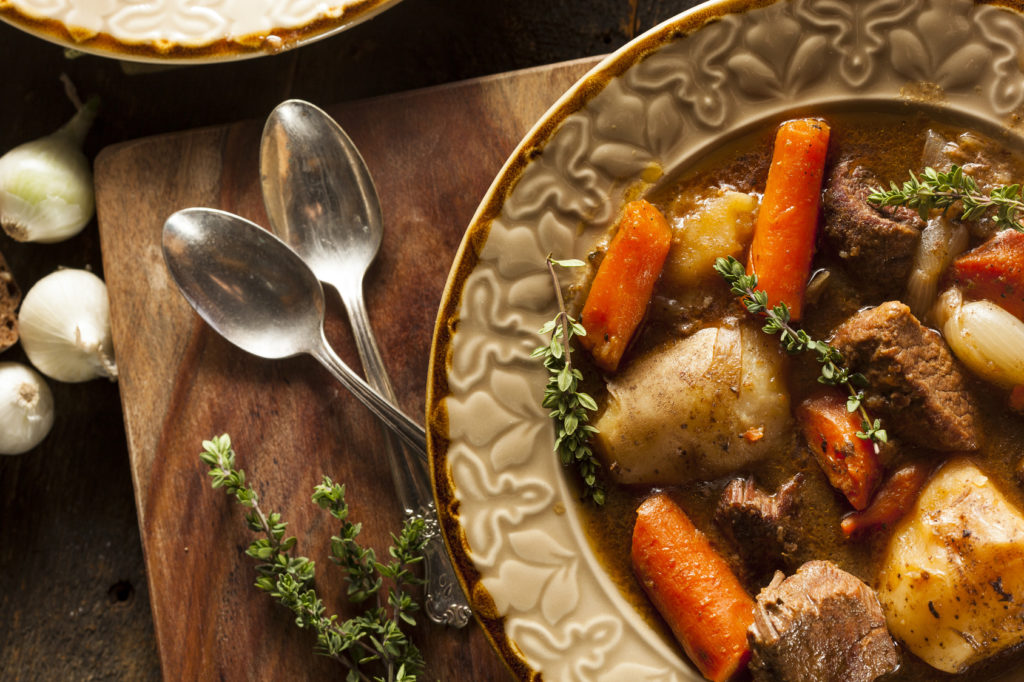 The turbulent history of Ireland’s past lives on in the country’s stew, which remains a beloved staple dish in most households and restaurants/pubs to this day. Don’t worry, though: mutton has been replaced with succulent lamb or beef, which will simply melt in your mouth. What’s more, many cooks will add Guinness, root vegetables, garlic, herbs and/or parsley dumplings to the basic recipe. It couldn’t be tastier!

If you’re ready to find out how this peasant dish evolved into a national treasure, simply pop into a traditional Irish pub during your holiday. After all, what could be more satisfying after a long day of sightseeing? And, if you want to load up on carbs to the max, why not add a big piece of Irish soda bread to your helping? Go maith!