The Spanish city of Santander lies 100km west of Bilbao on the Bay of Biscay in Cantabria. Its port has played a key role in the economy of the region for more than 2000 years thanks to its fishing and shipbuilding industries and as a trading post. Today it remains an important fishing port and welcomes frequent passenger ferry services operated by Brittany Ferries from Portsmouth and Plymouth in England. The volume of cruise ship traffic is very low at present more companies are beginning to add a day in Santander to their itineraries.

The city has long been a popular holiday destination for Spanish tourists and was the the site of a royal residence between 1913 and 1930 when King Alfonso XIII made the Magdalena Palace his summer residence. Mush of its splendid architecture was destroyed by fire in 1941 but has been impressively rebuilt to offer visitors a charming seaside with a number of historic attractions, long seaside promenades and a wealth of charming cafés and excellent seafood restaurants.

In addition there are some fine urban beaches around town and if that isn’t enough for visitors your cruise line will most likely offer shore excursions to the charming towns of Santillana del Mar and Comillas to the west or the city of Bilbao with its Guggenheim Museum to the east.

The Cruise Port of Santander is no more than a quay in the city centre which is also used by Brittany Ferries’ services. Passengers can walk into the city centre from the port or take a taxi along the coast to the La Magdalena Peninsula or beaches of El Sardinero. If you’d like to see beyond the old city taking in most of the city attractions you can join the hop-on, hop-off bus service which departs from just outside the Estación Marítima on a 10 stop itinerary.

If you’re arriving in Santander by air to meet a cruise ship or passenger ferry you may well be travelling through Seve Ballesteros-Santander Airport which lies just 7km south of the port. The Irish budget carrier, Ryanair, offer a number of international routes to Santander but most flights are domestic services from Madrid and Barcelona. Taxis are easily available for transfers between the airport and the port otherwise you can take a public bus to the Estación de Autobuses in the city centre. Far more convenient for cruise passengers is to pre-book a private transfer from Santander Airport and have a driver deliver you safely to your ship. Shuttle services can also be arranged to and from Bilbao Airport on request.

Much of the belle-epoque splendour of Santander was destroyed in 1941 when a fire raged through the city’s old town. Yet what remains within a short walk of where your ship will dock is an attractive mix of historic buildings which survived the fire and a lively commercial area filled with businesses and shops together with excellent tapas bars and restaurants.

Old Town: Your first stop should be to see the 12th century Santander Cathedral which was badly damaged by the fire but has since been fully restored. The nearby Parroquia del Santísimo Cristo is probably more impressive than the cathedral yet it is little known on the tourist circuit. Perhaps the most beautiful religious building in the old town is the Parroquia de la Anunciación which is considered to be the finest local example of Renaissance architecture. 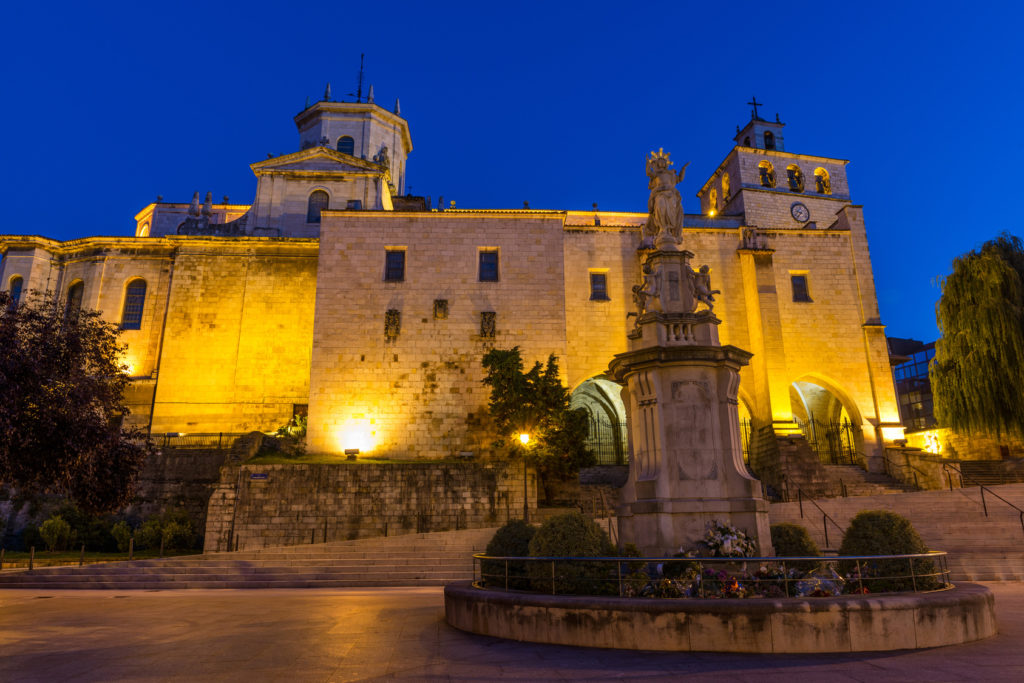 The main square in the historic centre is the Plaza Porticada which is where you should head for your first coffee break and some people watching. If you’re in town on a rainy day you might like to visit the nearby Fine Arts Museum which has works by Goya and ZurbarÃ¡n in its collection. A short stroll to the west will bring you to Calle Burgos and Alameda de Oviedo which are two of the city’s best shopping streets.

Along the Seafront: Standing on stilts just north of the dock is the newly opened Centro Botín which serves as a major art and cultural centre. Follow Paseo de Pereda further around the headland beyond the Los Raqueros sculptures and you’ll reach the city’s excellent Maritime Museum and then the Palacio de la Magdalena which is probably Santander’s main tourist attraction. Looking out to sea, this was the summer palace of King Alfonso XIII. It now serves as a university building which only opens its doors to the public at weekends, nevertheless the parkland on the peninsula where it is located is well worth a visit. The walk from where your cruise ship is docked to the palace is about 4km so some passengers may prefer to take public transport or the tourist bus to get there.

El Sardinero: Just beyond the La Magdalena Peninsula is Playa del Sardinero which is the city’s main urban beach which is frequently packed with local people during the summer months. The neighbourhood is also home to the city’s Gran Casino which is one of Europe’s great old casinos from yesteryear. On a headland beyond El Sardinero is the 200 year old Cabo Mayor lighthouse, a landmark which has become a recognised symbol of Santander. It is accessible from bus stop number 7 of the hop-on, hop-off tourist bus itinerary.

Whilst you’ll find plenty to pass your time in Santander itself during a day in port, your cruise line will no doubt offer a few shore excursions for you to consider. The most popular is to the city of Bilbao which is best known for its Guggenhein Museum. Whilst the city is well worth a visit the 3-hour round trip from Santander is not to be recommended. Nearer by is the lovely town of Santillana del Mar which is famous for its magnificent Romanesque architecture and for its proximity to the world-famous Cave of Altamira. Visitors can no longer enter the actual cave of this UNESCO World Heritage Site but can visit its museum. Nearby Comillas is another lovely Cantabrian town where you can visit a number of historic buildings including Gaudí­’s El Capricho. 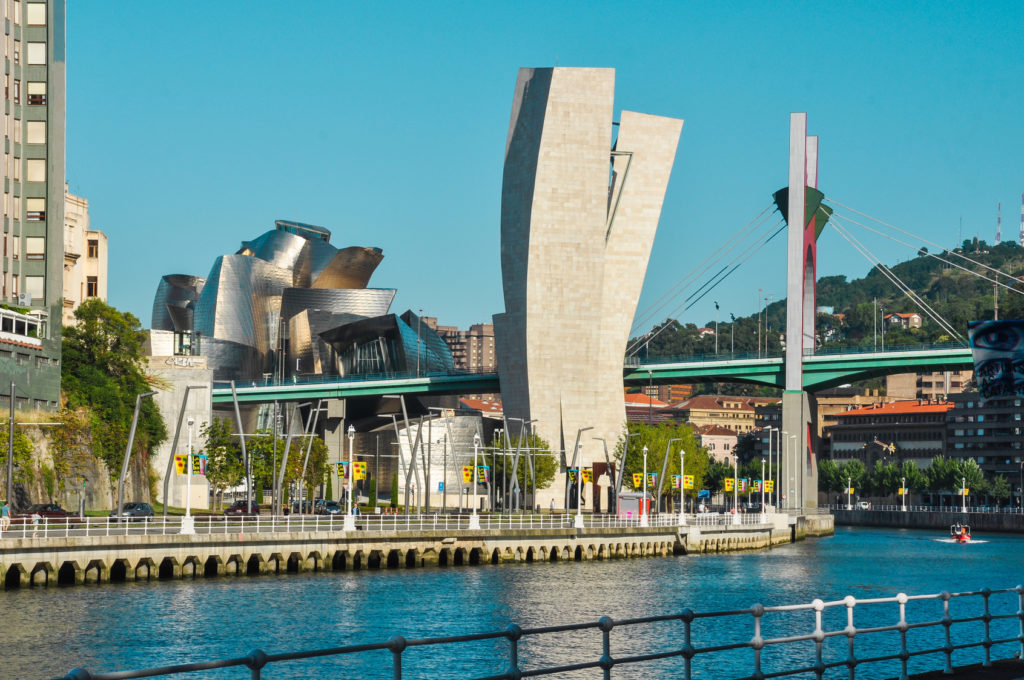 One Night in Santander

Santander is well known for its exquisite seafood. If you happen to be in town overnight you should make a point of either taking a wander around some of the city’s excellent tapas bars or dining at one of Santander’s fine restaurants. The Barrio Pesquero just south of the cruise port is highly regarded for its seafood establishments. In the city centre Restaurante Cañadío (Calle Gómez Orellana 15) is a good choice for top notch tapas or a meal in their classic restaurant. For Michelin star dining you should make a booking at El Serbal (Calle Andrés del Río 7) which specialises in creative Cantabrian cuisine.