The French capital is well-known as a cultured city, but it’s got more than a little bit of a wild side too. Once the sun goes down and the museums close, the City of Light’s nightlife is not to be missed! Read on for some of the best bars and clubs Paris has to offer. 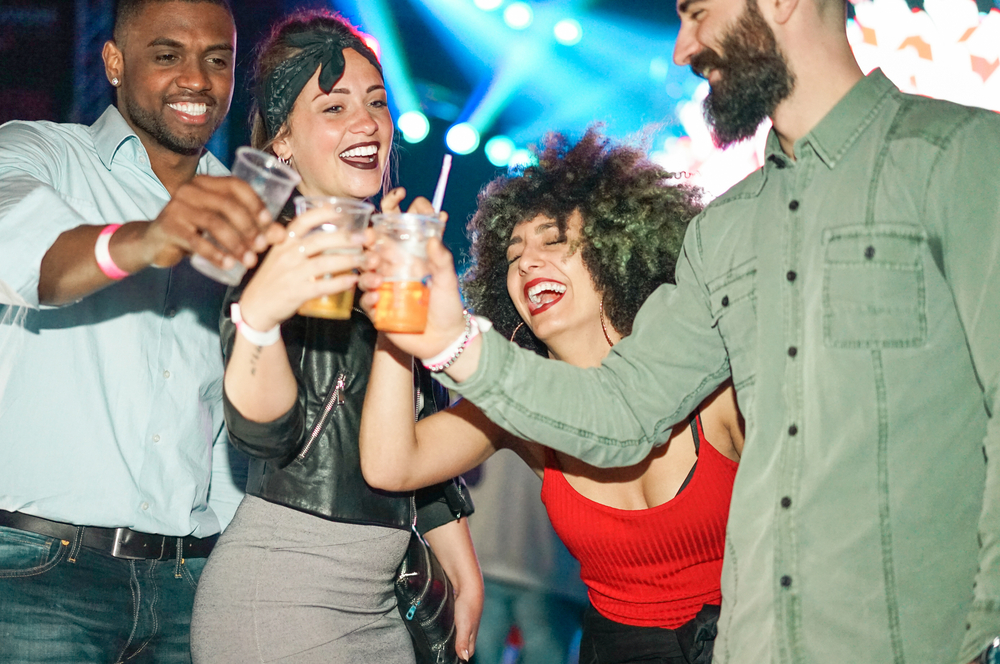 Liberated from the Germans as the Allies swept across Europe, this bar makes a lot of its association with American author and drinks enthusiast Ernest Hemingway, who famously spent a lot of time in Paris between the wars. A recent renovation caused a stir when announced, but the bar has managed to preserve its traditional charm, all wooden stools and tufted leather.

But don’t let its appearance fool you – this is a world away from boring British pubs. Legendary head barman Colin Field is an active, unmissable presence, dominating the floor in his white dinner jacket and leaving a scented rose with every unique cocktail you order. What’s more, he also encourages customers to try new and unusual drinks, often going so far as to choose for you. With options like the Clean Dirty Martini, served with a frozen cube of olive juice, few are disappointed in his picks.

Another venue themed around the early twentieth century, Moonshiner takes its cues from Prohibition. Its art-deco style evokes the 1920s perfectly and tastefully, attracting a diverse crowd of locals, expats and tourists in their 20s and 30s.

Its drinks menu is characteristically creative, with unique tipples you won’t find anywhere else sitting alongside classics like the Old Fashioned. But its real selling point is its speakeasy-style location, hidden behind an operating pizza parlour.

The Experimental Cocktail Group, which itself operates a bar well worth your time, perhaps deserves more thanks than any other institution for Paris’s recent drinks revival. It has incubated some truly global talents, but its most well-known star may be Nico de Soto, whose New York City spot Mace receives rave reviews. Danico is de Soto’s first venture on home turf, and it’s another winner. Its seasonal menu provides reasons to come back again and again, and detailed descriptions of how each drink is served and tastes ensures you know what you’re getting in for.

In case that wasn’t enough, Danico is also closely linked to Paris’s flourishing alternative art scene, with famed muralist Supakitch producing unique illustrations for every item on the menu. 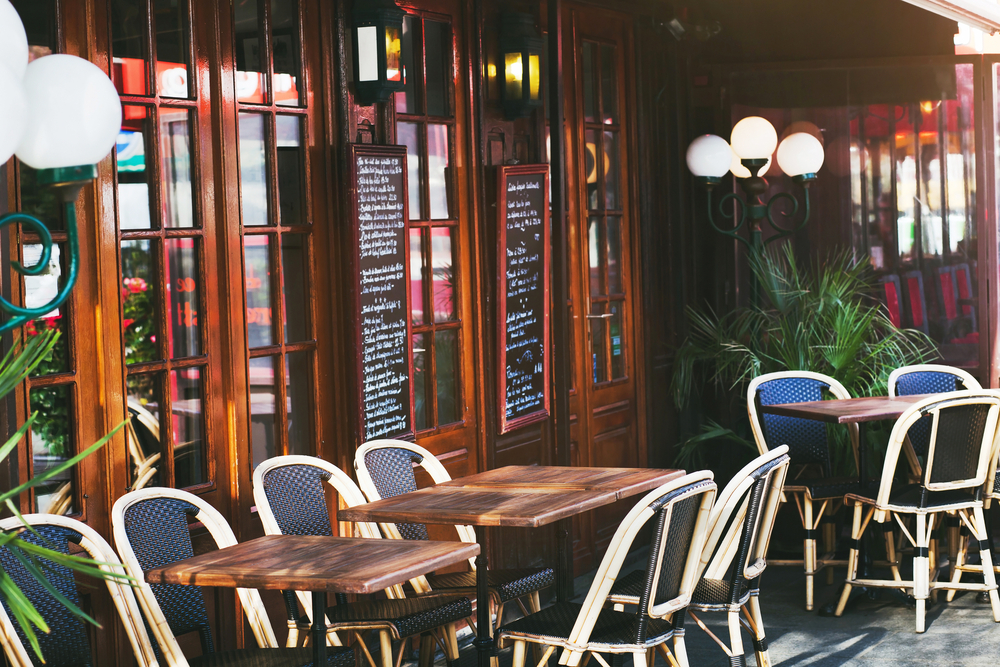 La Bellevilloise is the perfect illustration of Paris’s two sides. By day, it’s a major cultural centre, hosting exhibitions and other events such as concerts and film screenings. But at night, it becomes one of the city’s trendiest indie clubs.

Located near the Ménilmontant Metro Station, the club is deep in the midst of one of Paris’s hippest areas. Revellers enjoy two floors of music and entertainment, with a large terrace and even comfy sofas for those who want to relax a little.

While La Bellevilloise is all about indie music, Wanderlust is a much more traditional nightclub. Located within Les Docks, the complex plays host to fashion and design events in the daytime, but comes alive with strobe lighting and pumping music at night. Its 386m² club and restaurant area is good, but Wanderlust earns its reputation as the cream of Paris’s late-night crop with its 1,600m² terrace – perfect for dancing the night away under the stars!

Run out of a barge on the River Seine, Batofar offers a world-class experience unique to Paris. With a large terrace and even an artificial beach area, not to mention international DJs at over 200 events across the year, Batofar is not to be missed.

The main attraction here is the stunning view of the City of Lights from the river, and the sheer novelty of the experience, but don’t be put off if you find yourself arriving late! Batofar’s party crowd is rarely willing to go home early, and revelry often goes on well into the early hours of the morning, spilling out onto the quayside. 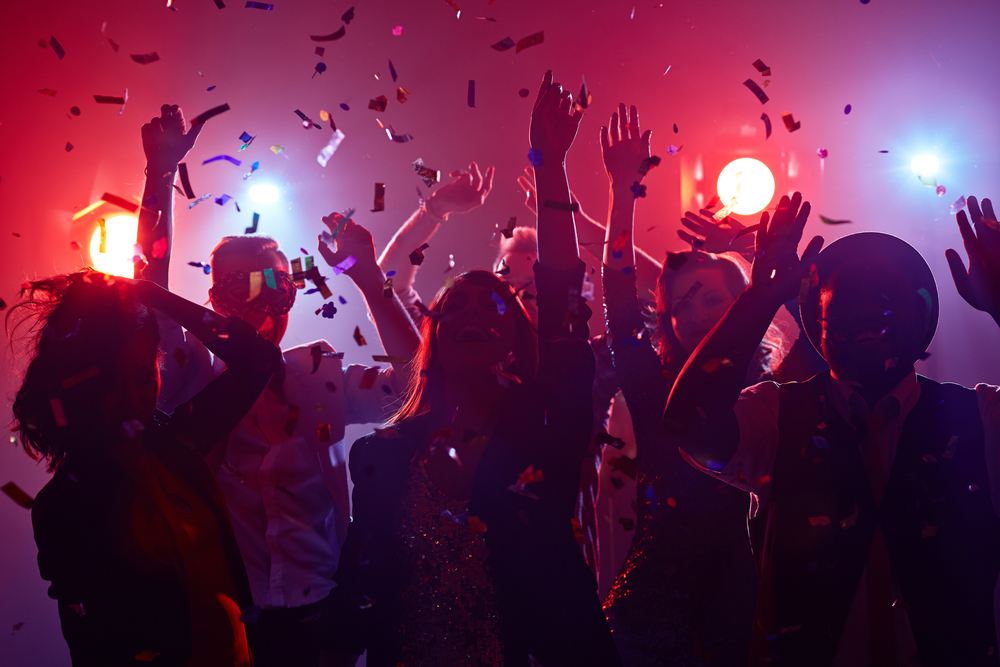 How to Get to Paris

As Paris is so close to London, many airlines offer direct flights from Heathrow and Gatwick. The journey from the UK to Orly airport takes a little over an hour, and Shuttle Direct can get you from the arrivals gate to a destination of your choice in 45 minutes.

If you’d rather travel by train than plane, fear not: the Eurostar runs regularly from King’s Cross St Pancras station, getting you into France in just 2.5 hours. And if you don’t feel like figuring out the public transport in a strange city you’ve just arrived in, you can arrange for a Shuttle Direct pick-up from Gare du Nord station. 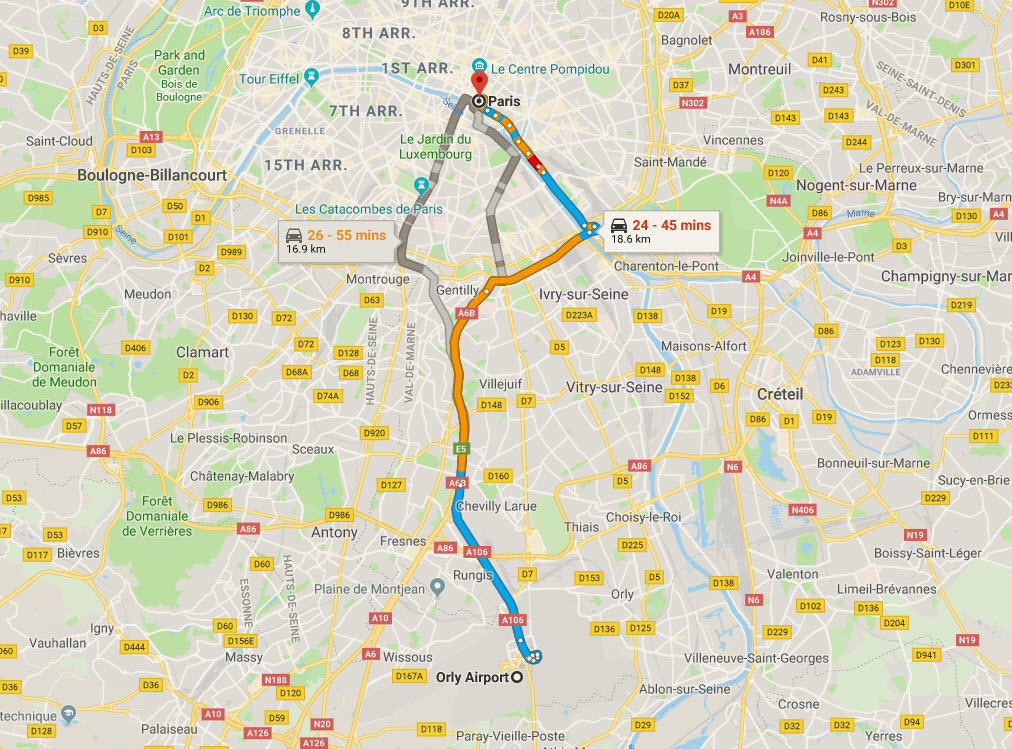 Jacobs Inn Hostel – Opposite the Barbes Rochechouart Metro Station and just 5 minutes’ walk from Gare du Nord, Jacobs Inn offers all the standard hotel amenities in a great location. Free WiFi, a 24-hour reception, a vending machine and a daily breakfast are all on hand, as are a communal kitchen, a private terrace and safe luggage storage.

Enjoy Hostel – A little further out in the mostly residential Montparnasse district, you’ll find the Enjoy Hostel, which again boasts a 24-hour reception, free WiFi, a daily breakfast and a kitchen, as well as flat-screen satellite TVs, a computer lounge and private bathrooms equipped with hairdryers. If you’re willing to stay a little further out, Enjoy is among the best value for money you can find in the city.

Plugg Inn Montmarte by Hiphophosteis – Back to the centre now for the Plug Inn, which offers all the amenities listed above as well as luggage storage and a safety-deposit box, alongside a choice of dormitories and private rooms. Located in the 18th arrondissement, the Plugg Inn is just 5 minutes’ walk from the nearest metro station – and only 400 yards from the world-famous Moulin Rouge.

Shuttle Direct is the best-known and best-regarded airport transfer company in Europe and North Africa, and for good reason. Our friendly, experienced drivers always get you to and from your destinations of choice by the fastest, most convenient route. Our online booking system is simple and intuitive, and our range of shared and private transfers offer great options for any budget.