Annecy is a charming Alpine village in France. Nothing beats strolling through its beautiful old town. You can admire the gorgeous canals lined with colourful flowers and the stunningly designed bridges, which add to its archaic charm. Known as the ‘Venice of the Alps’, it is also Haute-Savoie’s city of art, offering travellers a delightful range of cultural attractions, such as local museums, medieval castles and Gothic churches. 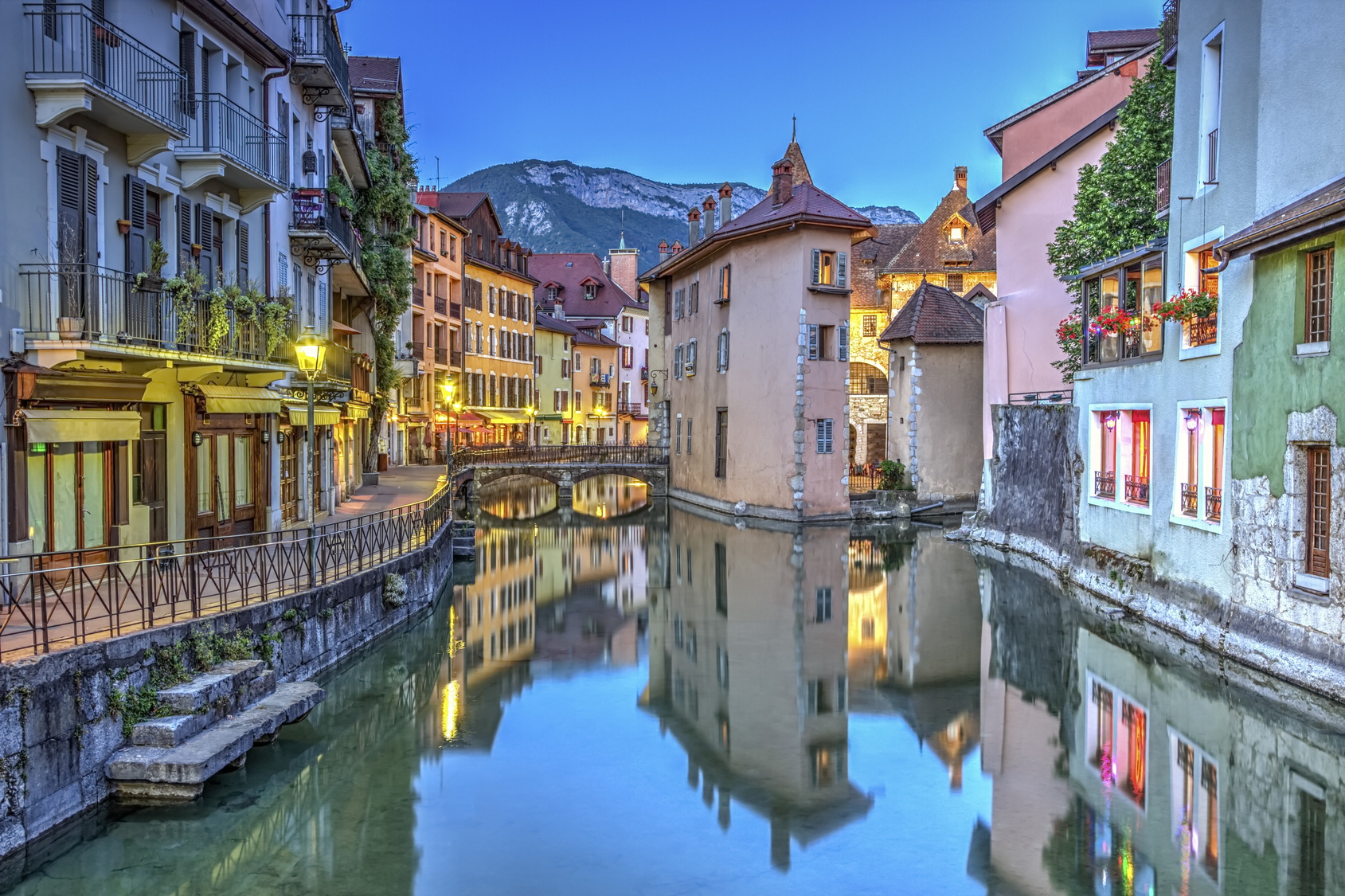 Built in 1132, the Palais de l’Ile is a classified historical monument that has witnessed a lot of history. While it initially served as the Lord of Annecy’s residence, it was later used as administrative headquarters by the Count of Geneva before becoming a courthouse. In the Middle Ages, it was turned into a prison and served as such until the mid-nineteenth century. Following a series of restorations, the palace is now open to the public and houses a charming local history museum, the Architecture and Heritage Interpretation Centre.

The Château d’Annecy was the home of the Counts of Geneva and Dukes of Genevois-Nemours until the seventeenth century. Boasting an outstanding display of architecture, the castle combines medieval structures with elegant renaissance quarters. The military defence tower, the Tour de la Reine, was built in the 1200s, while the living quarters were added three centuries later. An ode to sixteenth-century elegance, these rooms have huge windows and are beautifully decorated with intricate wall paintings.

In 1902, the castle was listed as a historical monument, before opening as a museum fifty years later. It regularly hosts an array of collections, from regional artefacts to medieval sculptures and from landscape paintings to animated films.

There are two stunning churches that are well worth visiting in Annecy: the Église St-Maurice and the Basilique de la Visitation.

The Église St-Maurice may look like a Gothic Church today, but it was first built in the Middle Ages and has endured many renovations. It has five naves and an impressive tower, which will remind you of the hallekerque churches, while its interior decorations and paintings are characteristic of the seventeenth century. 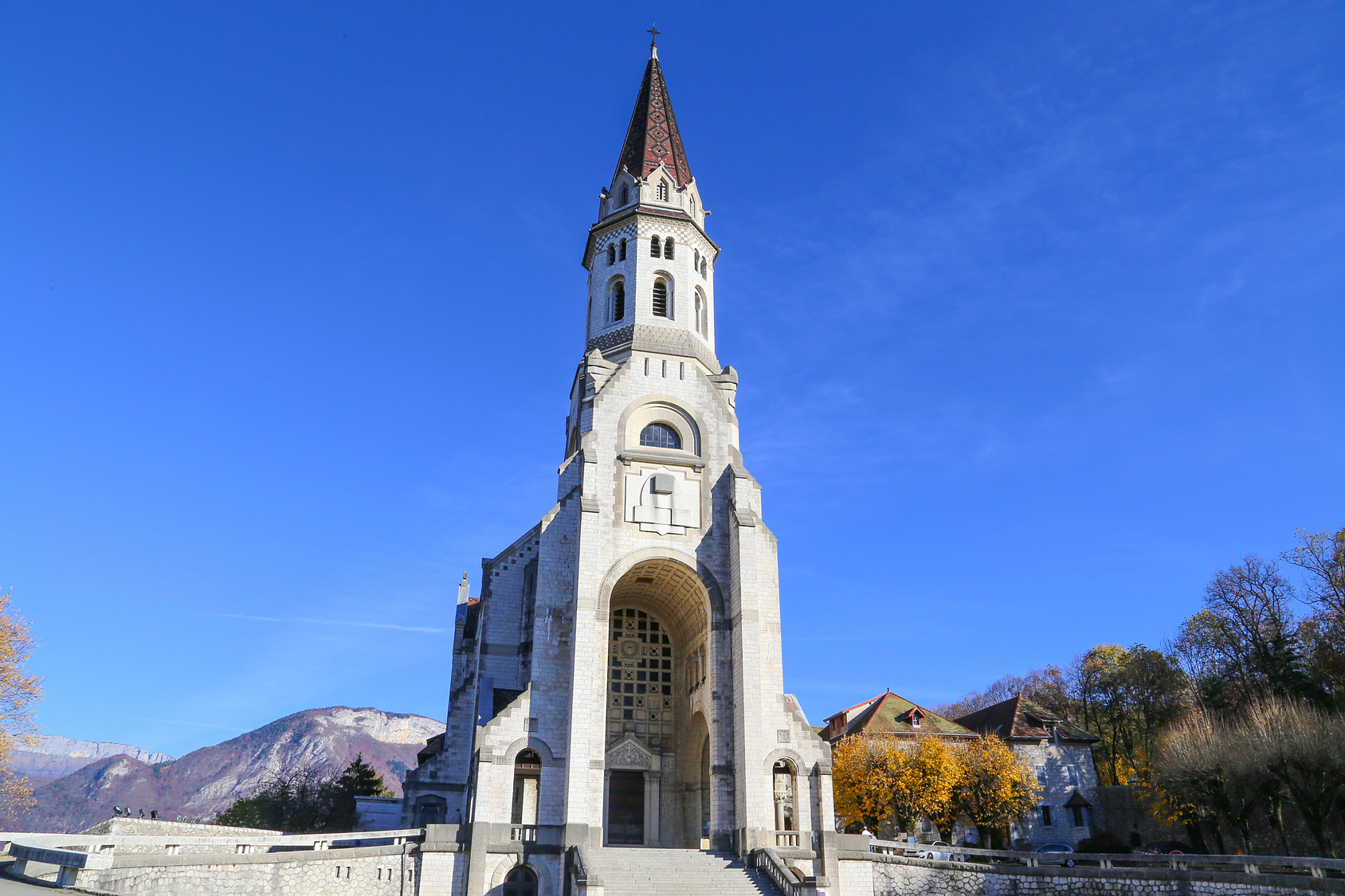 The Basilique de la Visitation is equally fascinating. Built between 1922 and 1930, it serves as the chapel in the Visitation Monastery. It’s a stunning edifice designed by Roman architect Alfred-Henri Recoura. Its exterior is adorned with white bricks and an imposing bell tower, while the interior boasts a beautiful combination of tall marble pillars and colourful stained glass windows.

Rest Your Feet and Enjoy a Delicious Meal

Sightseeing can be tiring, so after a long day on your feet, reward yourself with a delicious meal at either one of these fabulous restaurants.

Located in the old quarters of Annecy, La Ciboulette can be found on Rue Vaugelas in the Cour du Pré Carré neighbourhood.

This Michelin star restaurant is both a treat for the eyes and for the tastebuds. Take in the unbeatable views of the surrounding greenery while enjoying delicious French cuisine, which is made with fresh and locally sourced ingredients. 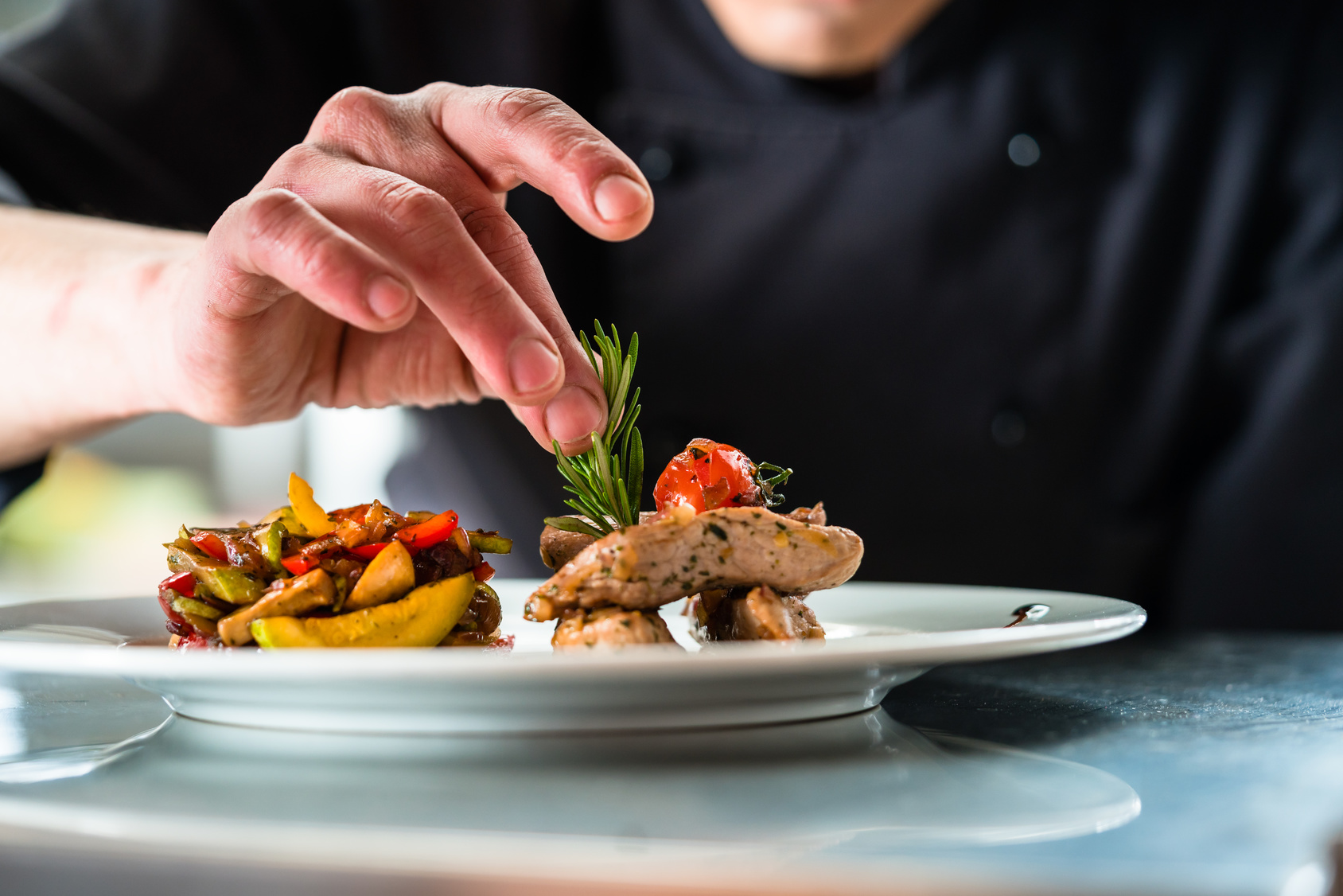 Situated in the centre of Annecy, this charming bistro is on Rue Royale, just off of Avenue de Chambéry.

L’Esquisse serves mouth-watering seasonal recipes that are inspired by produce from the local market. It’s a cosy and quaint restaurant, with friendly staff and a head chef who’s happy to offer culinary advice.

How to Get to Annecy 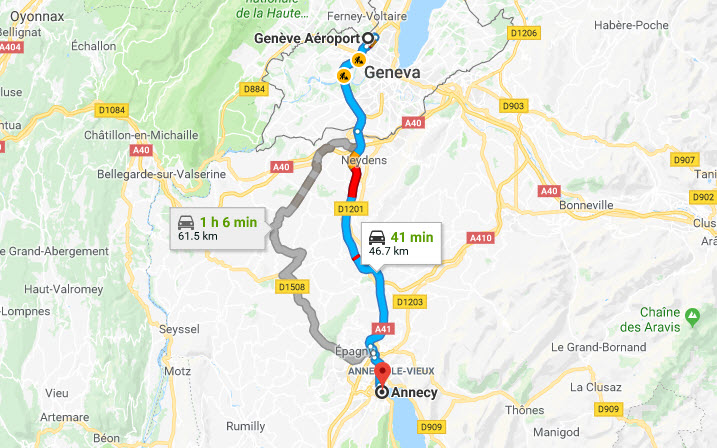 Annecy offers travellers a great cultural experience, and on top of that, it’s highly accessible. The best way of getting there is to fly into Geneva Airport (GVA). Many airlines, including British Airways, Swiss Air and easyJet, offer direct 90-minute flights at convenient times. It’s then just a short 40-minute transfer to Annecy.

After a long flight, the last thing you want to do is use public transport. It’s easier to book a private transfer with Shuttle Direct. You’ll be met outside of the terminal and safely taken to your luxury hotel in the blink of an eye.

Le Clos Des Sens – Located near Annecy Lake, this elegant hotel offers you a luxurious break in the heart of Annecy-le-Vieux.  It boasts comfortable and spacious rooms, beautifully furnished with modern décor. There is also a fireplace and spa bath for you to relax in. For dinner, the hotel features a gourmet restaurant, which serves an extensive range of delish dishes.

Les Tresoms Lake and Spa Resort – This hotel is a five-minute walk away from the historical city centre. All rooms are luxuriously furnished with a TV, DVD player and mini-bar, and offer a stunning view of Annecy’s lake. The resort also boasts a spa and a wellness centre with a sauna, hammam and whirlpool bath, as well as two gourmet restaurants.

Impérial Palace – Situated on the edge of Lake Annecy, this four-star hotel features balcony rooms with a stunning view of the waterfront and surrounding mountains. Each room boasts a TV, mini-bar and complementary tray with tea. Ideal for relaxing, there is also a spa with a swimming pool, sauna, hammam and beauty treatments. The hotel features both a traditional French cuisine restaurant and a little bistro that serves homemade pastries and snacks.

Shuttle Direct’s convenient and fast transfers have made this provider Europe and North Africa’s leading airport service. You can organise all of your travel arrangements in advance via its user-friendly website. If you want to treat yourself, you can even order a premium car and enjoy a relaxing ride to your luxury hotel.