With the falling value of the pound, British families are finding it harder this year than usual to get value out of their break. But Post Office Money which reported on the cheapest food and drink in 2018 in the 15 top destination around Europe found that Sunny Beach on Bulgaria’s Black Sea coast was significantly cheaper than the competition – less than £40 a day on average, often three or four times cheaper than the competition.

If it’s value you’re after, without scrimping on how much you enjoy your getaway, it pays to take a look at a place Eastern Europeans and Russians have been flocking to for years, with a climate and culture (and even the clubs, if you can find a sitter) to rival anywhere in the Med. While it may not have the polish of some of Europe’s higher-brow resorts, the hospitality and amenities are well worth considering. So, what are the main attractions?

The name is something of a giveaway: the beaches are great, with highly reasonable rates for sun lounger and parasol hire. It’s friendly to kids of all ages, with water sports for the older ones and a safe swimming environment for smaller paddlers.

Top Tip: Any time after early June should guarantee you warm temperatures day and night, but earlier in the season, it’s wise to bring an evening jacket.

The only road in Sunny Beach with a name, this wide shopping street caters to everyone but really specialises in one thing: inflatables.

Grab a Bargain – Or Some Beachwear

Top Tip: Flower Street is a great place to see everything Sunny Beach has to offer – but this can mean the good as well as the bad. Just to be aware, some more adult locations are peppered around here too.

Aside from all the hotel pools, there are two dedicated child-friendly water parks where everyone can have a blast.

Make a Splash at…

Top Tip: Action Aquapark, in the north of town, is right beside Flower Street, perfect for a bite after building up an appetite. Or reaching our next highlight… 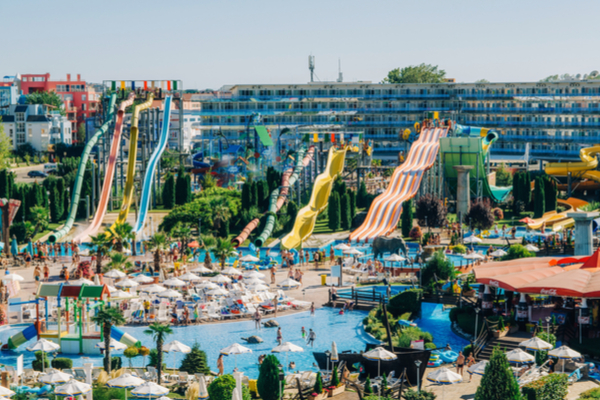 Taking the amusement park theme and running with it, right on Flower Street, here’s Sunny Beach’s answer to Alton Towers. Except, as you may guess, none of the high-octane thrills will break the bank.

Fly Me to the Moon

Top Tip: Aside from the fun and the food and drink, there’s also a supermarket, so you can grab essentials like sunscreen if you run low without nipping out. 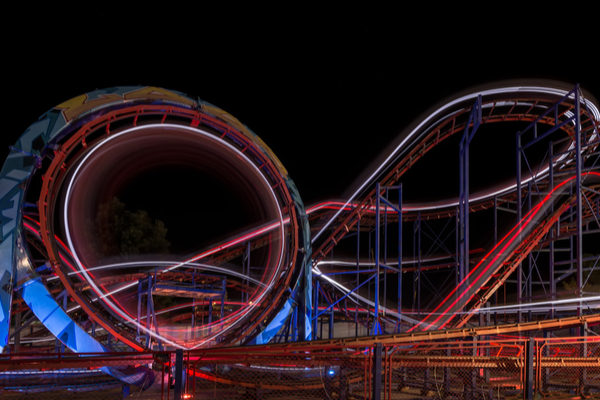 Izola Paradise Hotel – This all-inclusive resort is a nice mix of high quality and good value, 11min from the beach, directly between Action Aquapark and Luna Park. Amenities include balconies, a large pool, supplementary spa, and four-star service.

Premier Fort Club Hotel – This full board resort scores highest for customer satisfaction, and I’m not surprised, with the large and picturesque green spaces, and the mix of family-friendly features like a pool and kids’ events with a coupled with a friendly ambience and service.

A flight to Bourgas (BOJ) takes roughly 3 ½ hours from London – prices vary, but Red Wings offers direct flights throughout the season, and although the Sunny Beach secret is beginning to get out, there are still bargains to be had if you book early.

To get to your hotel, I’d recommend Shuttle Direct’s service to take you the 60km or so from airport to your hotel. Less hassle than public transport (much appreciated after a three-hour flight with restless children), more reasonably priced than a local taxi. They offer private service too if you prefer. 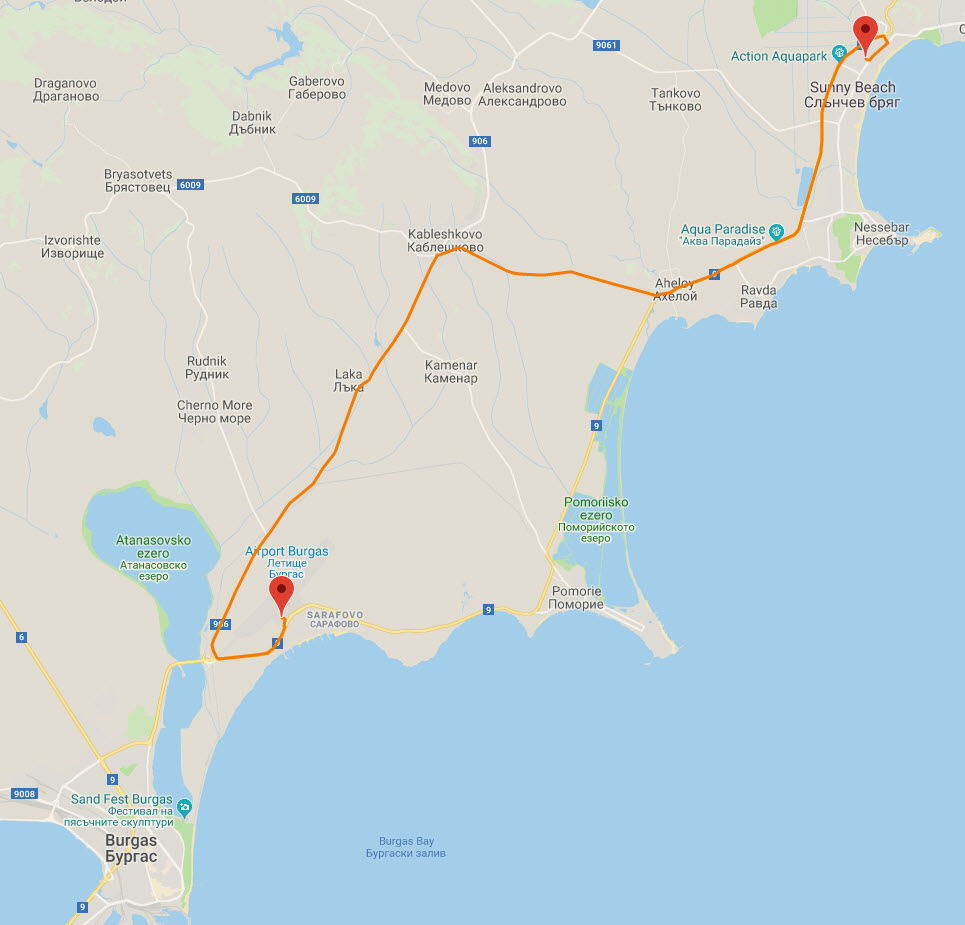 Shuttle Direct have been specialising in airport transfers and shuttles for almost 40 years,,with knowledgeable and professional local drivers around Europe and North Africa to get you where you need to be.