Ah, the indomitable Scotch Egg. A veritable feast of boiled egg surrounded by meat and wrapped in fried breadcrumbs that cannot be beaten as a staple of any good picnic or long car journey. Although many good things do come from Scotland, the Scotch Egg is not one of them. In fact, this tasty, meaty, eggy treat has contentious origins, which only add to the thrill of trying it in its many different forms today.

Even if the Scotch Egg was indeed invented in the British Isles, it is still debatable as to where. Common knowledge – although potentially inaccurate – dictates that the luxury store Fortnum & Mason designed these delectable balls of delight in the eighteenth century. The food was intended for the upper class as a satisfying, portable snack, which was meant to be enjoyed while travelling to and from one’s country estates.

But however fun and fanciful this tale may be, it is more probable that the roots of the Scotch Egg lie up North. The coastal town of Whitby, in Yorkshire, was home to William J Scott & Sons, bakers who were more than likely responsible for our favourite protein-packed feast. Originally it is believed that the egg, known as a ‘Scottie’, was covered in a fish paste and then rolled in breadcrumbs, with the meat covering only being introduced later to aid in packaging. Who knew?! 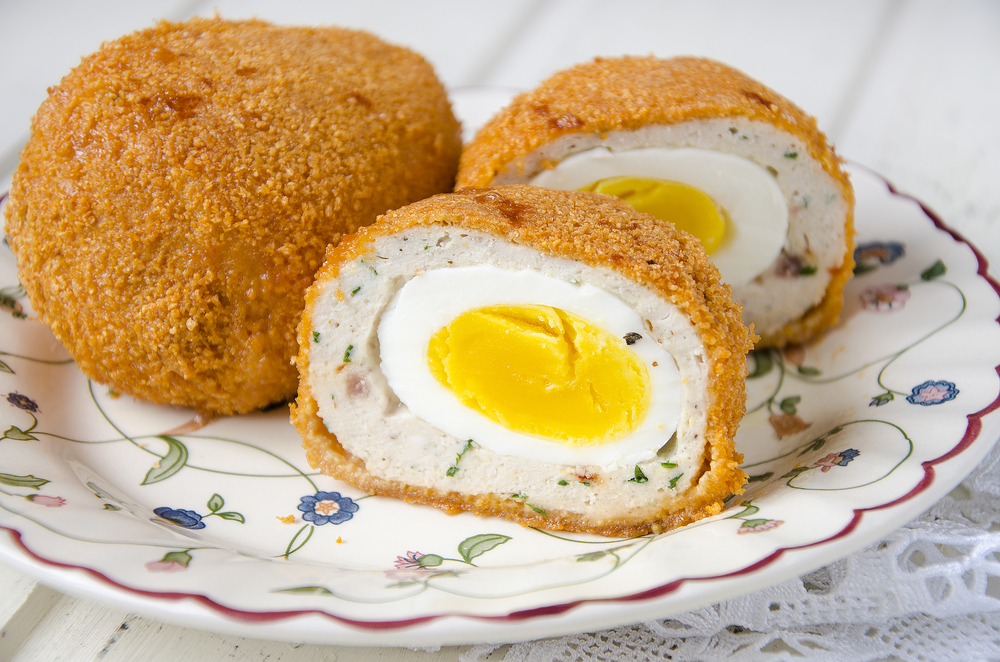 Another likely contender in the invention stakes is India. Like many colonial treasures, Indian cuisine made its way to Britain’s shores, including the tasty Nargisi kofta. This was basically a spicy meatball with a hardboiled egg inside. There is also historic evidence that suggests that the Scotch Egg may be of Algerian descent and that it was enjoyed in England, via France, as early as Elizabethan times.

Regardless of its past manifestations, the modern day Scotch Egg holds its own unique identity. The snack’s enduring appeal has sparked a creative movement, leading to Scotch Eggs appearing under a variety of guises. Variations can include the use of pickled eggs or a meat mixture that combines pork sausage with Lancashire black pudding. Vegetarian versions forego the traditional meatiness while retaining the dishes heartiness by wrapping the egg in falafel, shredded potatoes or even avocado. 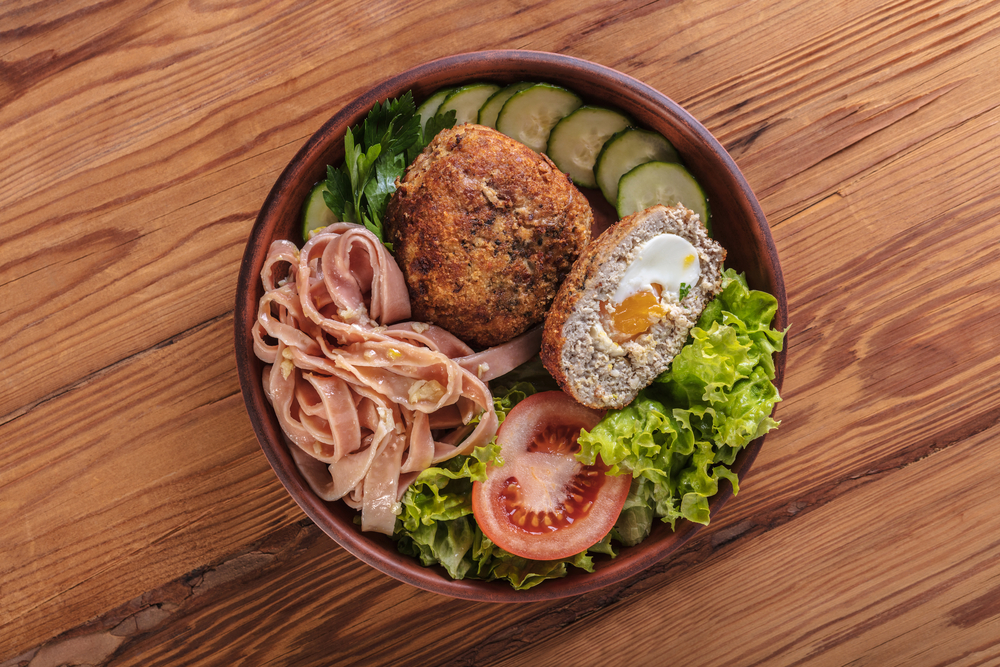 As with many strongly held British traditions, the Scotch Egg’s beauty lies in its versatility. Whichever version of the estimable Scotch Egg you choose to savour, it will more than likely earn a place as one of your favourite treats!