The earliest references to the Roman city of Tarraco date back to the Second Punic War (218-201 BC) which marked the beginning of the Roman conquest of Hispania. Over the coming centuries it would become an important port city which provided supplies to Roman forces all over the peninsula. Today Tarraco is better known as Tarragona, a Spanish city lying 100km south-west of Barcelona on the coast of Catalonia. Its ‘archaeological ensemble’ is recognised by UNESCO as a World Heritage Site which is home to some of Spain’s finest Roman ruins.

The Port of Tarragona has long played an important commercial role in the economy of Spain but is new to cruise ship tourism. Realising its potential as an attractive destination on Mediterranean cruise itineraries, the Port Authority has been investing heavily in its infrastructure and marketing it heavily.

Its efforts were rewarded when Costa Cruises recently selected Tarragona as their homeport for one of its Mediterranean routes. This decision will initially see the Costa neoRiviera departing from the port up to 17 times per year which will bring 25,000 new passengers to the port. Other Costa ships together with visits from other cruise lines will see in the region of 40,000 cruise ship passengers visit the port each year with this number expected to increase in the coming years. 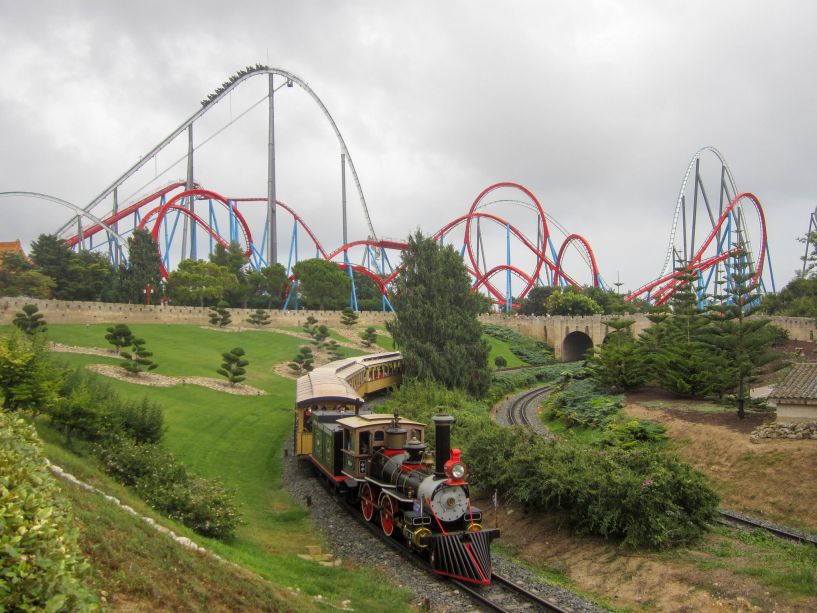 As well as visiting the Roman ruins of Tarragona and having the option to take an excursion to the historic Cistercian monastery of Santa Maria de Poblet, cruise ship passengers can arrange to extend their visit and spend a few nights on the Costa Daurada. This popular holiday destination is home to a number of blue flag beaches as well as PortAventura World (one of Europe’s most popular theme parks) and Ferrari Land which between them attract over four million annual visitors.

The Port of Tarragona is well established for dealing with freight but is a relative newcomer to the lucrative cruise ship industry. Ships can berth at one of two docks depending on the size of the vessel. Smaller ships drop anchor at the Port Tarraco Marina whilst larger vessels dock on the Levante Breakwater Quay which has a modern passenger terminal. Work is underway to build a new cruise pier in the southern part of the port. 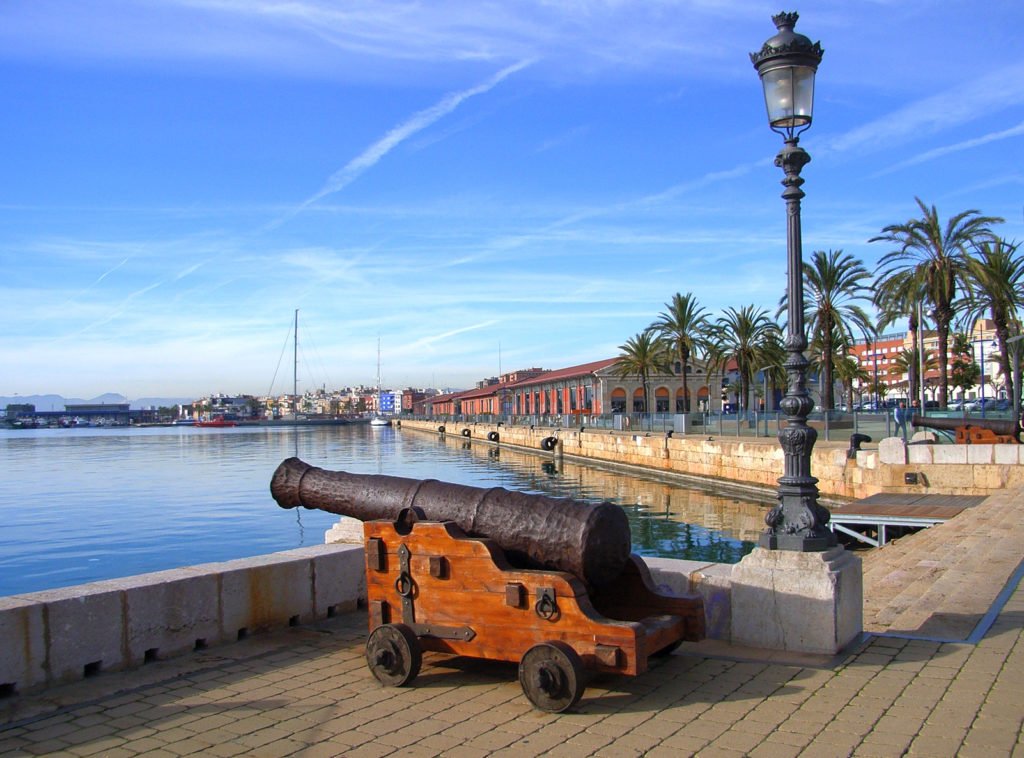 Getting Around: Shuttle Buses are provided by the Port Authority to transfer cruise passengers to and from the city centre. Once in the centre it’s easy to walk around the main attractions. Alternatively, you can hop-on the Tarraco tourist train (‘Trenet Turistic’) from just outside the port and take a tour of the historic sights of Tarragona with the option to hop-off whenever you wish. Taxis are easily available to get into the city centre or to visit some of the other Roman sights located nearby.

Transport from Reus Airport to Tarragona

If you’re joining your cruise ship in Tarragona or your cruise ends here then the most convenient airport is Reus which lies just 12km to the north-west. The majority of its flights are from airports in the UK and Ireland providing holidaymakers with convenient access to the beach resorts of Salou and Cambrils on the Costa Daurada. There is an airport bus which runs directly to Tarragona bus station as well as a long line of taxis awaiting new arrivals. The most convenient option is to pre-book a private transfer from Reus Airport to the Port of Tarragona with Shuttledirect. This company can also provide transport to all destinations along the Costa Daurada as well as to Barcelona on request. 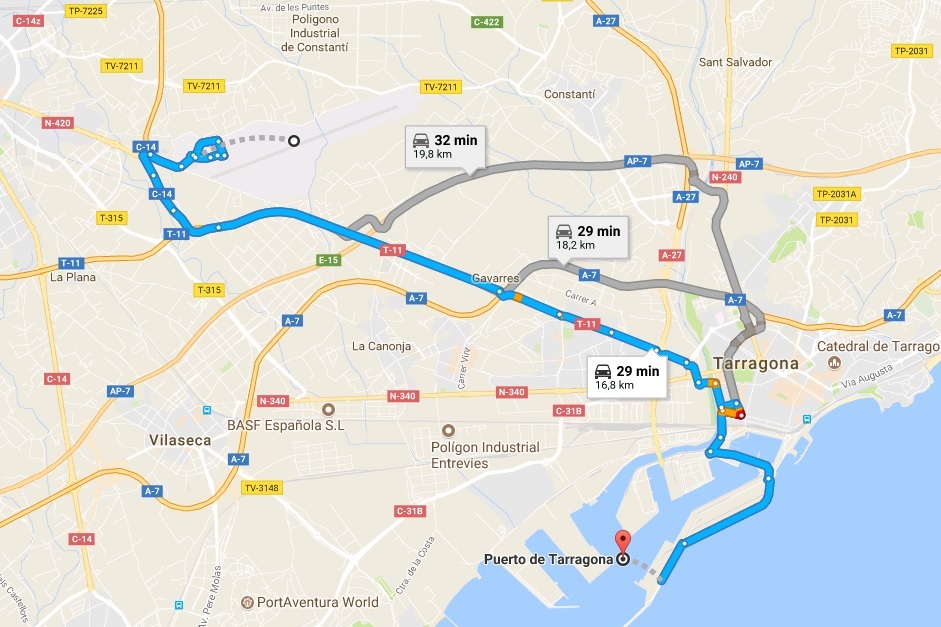 The exceptional Roman ruins of Tarragona are undoubtedly the main attraction for visitors. The highlights of the Archeological Ensemble of Tarraco include the Roman Amphitheatre which overlooks the sea together with the Roman Circus, Theatre, Forum and the the city walls amongst others. You can pick up a city map showing all these sights at the main tourist information office (C/ Major, 37) and can easily walk between them. Be sure to buy the multi-entry ticket which provides discounted admission fees to the main Roman attractions. 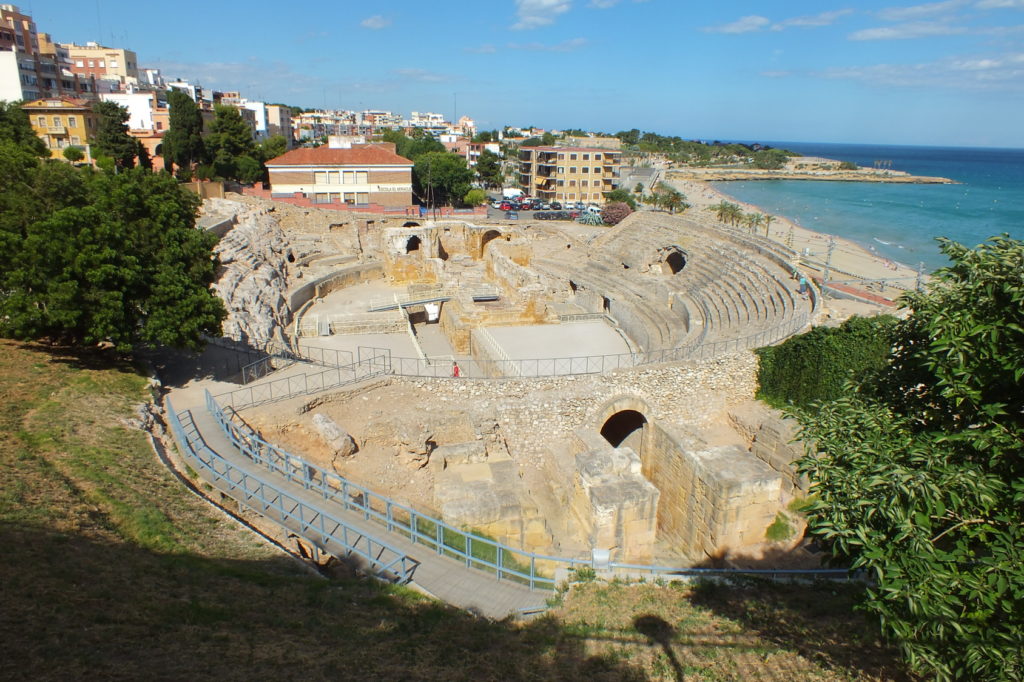 Other places to visit include Tarragona Catedral which dates back to the 12th century and the Balcón del Mediterráneo which is a lovely walkway overlooking the Mediterranean. Highly recommended amongst the city’s museums is the National Archaeological Museum of Tarragona which focuses largely on local archaeological discoveries from the Roman era. There are more Roman ruins within a short distance of the city including the beautifully preserved Les Ferreres Aqueduct which once supplied water to Tarraco.

Insider Tip: A great place to stop for lunch during your day in port is at the Central Market (PlaÃ§a de Corsini). Wandering around the fish stalls is a tourist attraction in itself whilst the small tapas bars are ideal places to sample some local dishes.

The main shore excursion offered by cruise lines is to the UNESCO World Heritage Site of Poblet Monastery which lies 50km to the north. The excursion usually includes a visit to the medieval city of Montblanc which is blessed with a wealth of historic sights including the stunning Church of Sant Miquel. Other options may include a day in Barcelona or a visit to the beaches and theme parks of the Costa Daurada.

One Night in Tarragona

If your cruise itinerary allows for an overnight in Tarragona you can spend a pleasant evening at a terrace bar or restaurant in one of the city’s charming squares. Plaça de la Font is one such place which is home to many attractive eateries including Restaurante Sentits (Plaça de la Font, 25) which is highly recommended for its meat dishes. Another highly regarded venue is Restaurante Filosofia (Plaça d’en Ripoll, 6) which is best known for its gourmet burgers. For a lovely, modern restaurant serving quality cuisine at very affordable prices you should try Entrecopes (Carrer dels Cavallers, 12). 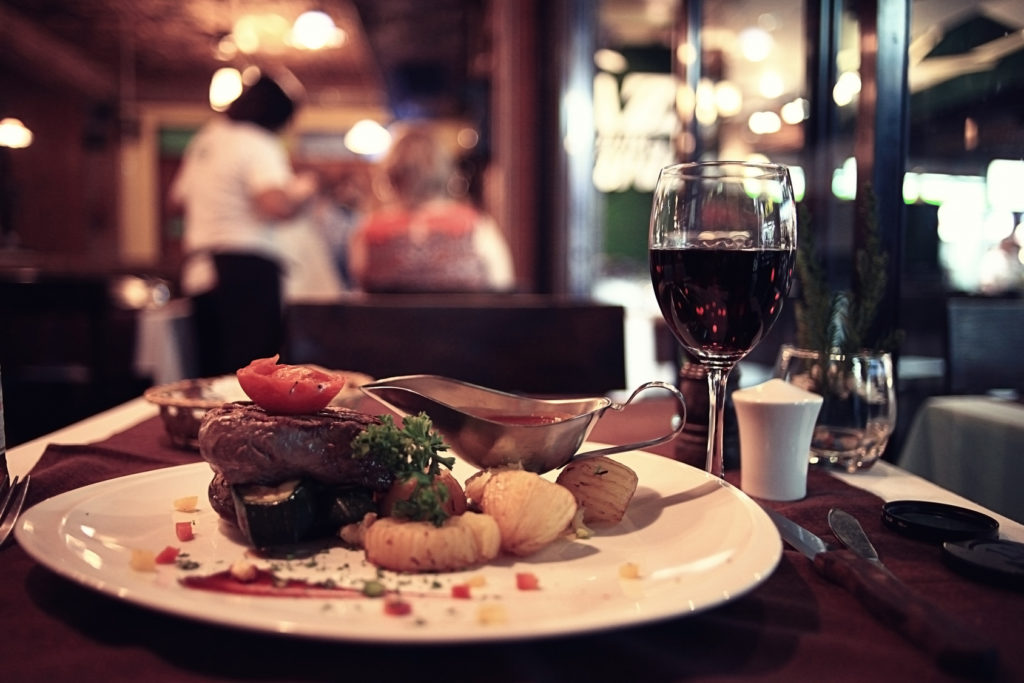