Standing in the Atlantic Ocean off the west coast of Africa, Tenerife is the largest of Spain’s Canary Islands. Geographically, these islands are best known for their volcanic landscapes with Mount Teide in the centre of Tenerife the most famous feature. This active volcano, standing at 3,718-metres (12,198 ft), is the highest peak in Spain and the most visited attraction in the Canaries.

Thanks to a mild year-round climate Tenerife has long been a favourite destination of European holidaymakers. Most of the 5 million holidaymakers who visit the island every year head for the popular resorts of Playa de las Americas and Los Cristianos on the south coast. Yet it was well before the age of package tourism that foreign visitors were attracted to these shores. Back in the 18th century the first ‘tourists’ arrived by sea on vessels heading for British colonies in the Americas, no doubt a very different type of passenger than those seen wandering the streets of Santa Cruz de Tenerife these days.

The cruise industry sees almost a million passengers arrive in the Port of Santa Cruz on the north-east coast making it Spain’s second most visited port of call after Barcelona. As well as serving as a a popular stopover for transatlantic voyages, Tenerife also appears on many itineraries around the Canary Islands and is included on some Western Mediterranean schedules. Many first time cruise ship passengers arriving in Tenerife will be surprised to see the beautiful green backdrop of the Anaga Mountains on their approach to Santa Cruz and not the volcanic scenery for which the island is better known. 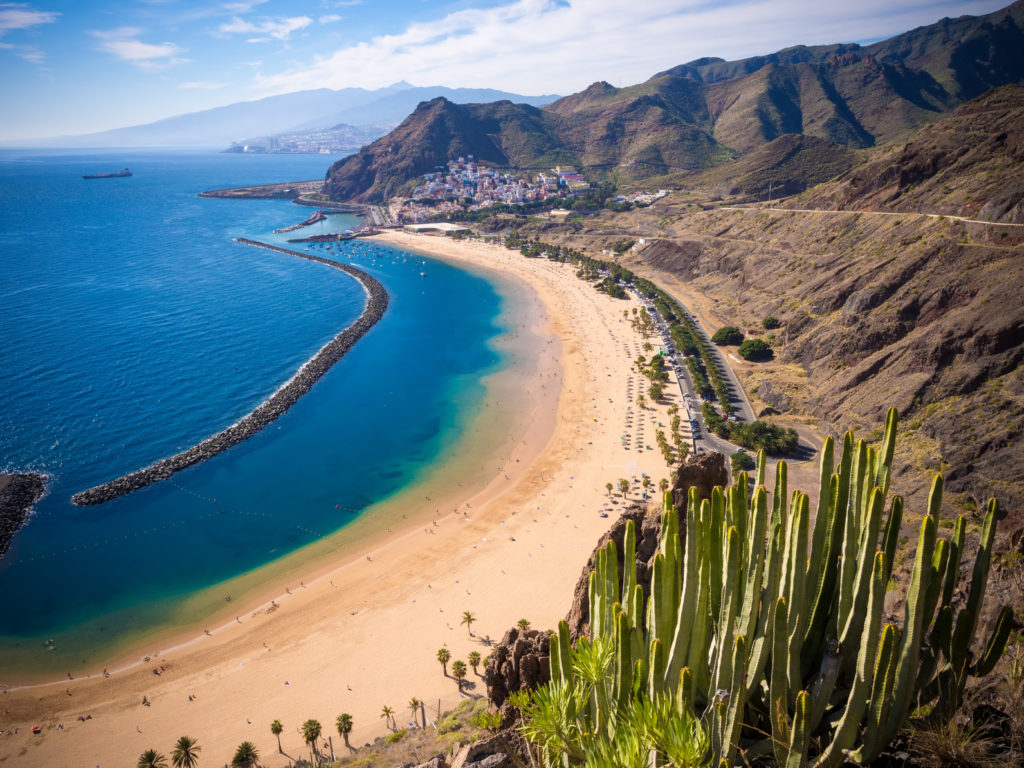 The busy Port of Santa Cruz de Tenerife stands right next to the island’s capital, within walking distance of the city’s main attractions. Multiple cruise ships can dock at the same time on the long South Pier. If your ship anchors close to the port gates you can easily exit the port area on foot, however, if you disembark at one of the further points along the pier you’d be advised to take one of the free shuttle buses into town. Signs are clearly posted along the South Pier to indicate the distance to the port’s exit gates. If you take the shuttle service you’ll be dropped off next to the large cruise terminal at the port exit.

Tenerife South Airport lies 62km away from Santa Cruz following the island’s east coastline. The journey only takes about 45 minutes by road along the excellent TF-1 motorway. Closer by is Tenerife North Airport which is only 13km to the west of Santa Cruz and can be reached in less than 20 minutes. If your cruise begins or ends in Tenerife you’ll most likely be travelling through Tenerife South Airport as the northern one is mainly used for domestic flights and serves as a hub for services between the Canary Islands. Whilst public bus services and taxis are available for transfers between the airport and the cruise terminal, passengers are advised to book a private transfer from Tenerife South Airport to the island’s cruise ship terminal. 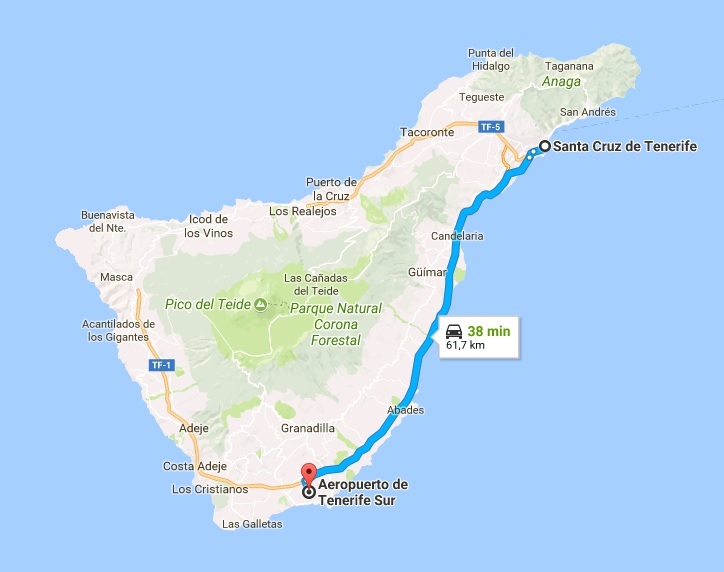 Getting Around in Tenerife

As you walk through the port gates just turn left and you’ll soon come to the Plaza de España which is one of the city’s main attractions. From there you can walk along Avenida Maritima which leads to the main commercial district of Santa Cruz. Alternatively, you can join the hop-on, hop-off bus service which offers an 11-stop route around the main city sights. There are stops at the port gates and in the Plaza de España.

If you’d like to travel further afield you’ll find local taxis drivers waiting just outside the port complex who offer custom tours around Tenerife. Sharing the excursion with some fellow passengers can be a cost-effective way to see the island (be sure to confirm the group price before setting off).

Whilst probably not wise during a limited stay in port there is an excellent public bus service operating from Santa Cruz to destinations all over the island. The main bus station (known as the Intercambiador) is on Avenida Tres de Mayo in the city centre some 2.5km from the port. You can get there on foot, by taxi or on a public bus from Plaza de Españaa. Trams to La Laguna also depart from here. 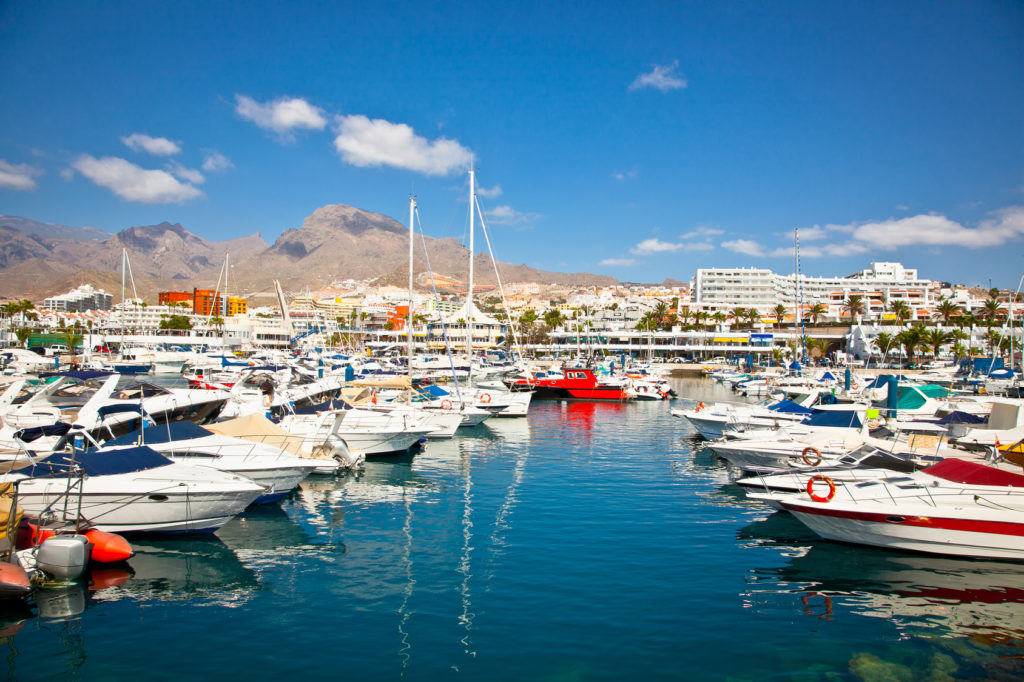 In Santa Cruz de Tenerife: If you decide to simply spend your day in port in the city of Santa Cruz itself you won’t be disappointed as there’s plenty to help you pass the time. You should begin at the Plaza de España near the port which is central to the city’s historic quarter and home to the impressive Monumento de los Caídos which is a dedication to those who died in the Spanish Civil War. Casually wandering around this old part of town you can’t help but be impressed by the colonial architecture of the buildings. You’ll also discover a number if impressive museums such as the Fine Arts Centre of Tenerife (Calle Castillo 43) and the Museum of the Nature and Man (Calle Fuente Morales).

Shopping enthusiasts will enjoy their time in Tenerife as the island is a duty-free destination where you can find great deals on items including perfume, tobacco and alcohol. You’ll also discover attractive boutiques and jewellery stores around Calle del Castillo which is the main shopping street. To visit a major department store you should head for the large Corte Inglés (Tres de Mayo, 7) in the commercial area. Another venue which is well worth a visit is the Central Market (Av. de San Sebastián, 51) where you can browse the fresh food stalls before enjoying a tapas lunch at one of the market’s bars.

Alternatively, if all this sightseeing and shopping sounds just too hectic for a hot day in Tenerife you can simply head to the lovely beach of Las Teresitas which lies just 8km along the coast to the north from the cruise terminal. Taxis from the port will get you there in 15 minutes otherwise you’ll need to take a public bus (number 910) from just outside the port. 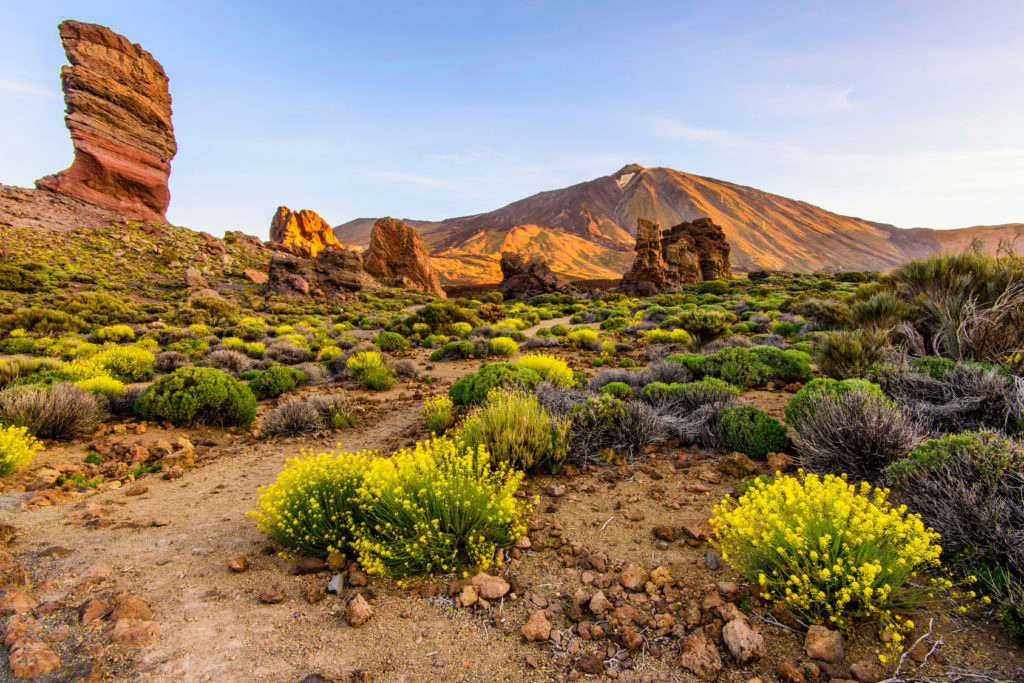 Around the Island: If you prefer to take a shore excursion beyond the city of Santa Cruz then the number one destination is to the Mount Teide National Park which lies 55km south-west of the cruise port. As well as being home to an impressive selection of volcanic rock formations, this is also the location of the island’s most famous attraction. Coaches from the port transfer passengers as far as the cable car at the foot of Mount Teide which takes visitors close to the top of Spain’s highest mountain. During the summer months and when visiting as part of cruise ship groups there can be long queues to take this cable car.

For a less hectic excursion which you can arrange by yourself, simply take a 45 minute tram journey from the Intercambiador in Santa Cruz to the beautiful town of San Cristobal de la Laguna. This UNESCO World Heritage Site is home to the island’s oldest cathedral and university and is a fine place to escape the heat of the city and enjoy a relaxing lunch at a typical Canarian restaurant.

One Night in Tenerife

Some 3km south of the cruise port, near the the Parque Marítimo César Manrique and the Botanical Gardens, is Tenerife’s Auditorium. This Santiago Calatrava inspired building on the seafront hosts an impressive programme of cultural events throughout the year. If your ship happen to be spending a night in port you should find out what performances are scheduled for the dates of your visit. Even if you don’t attend a show at the auditorium it’s well worth visiting in the evening just to see it lit up. The venue has terrace bars overlooking the sea. 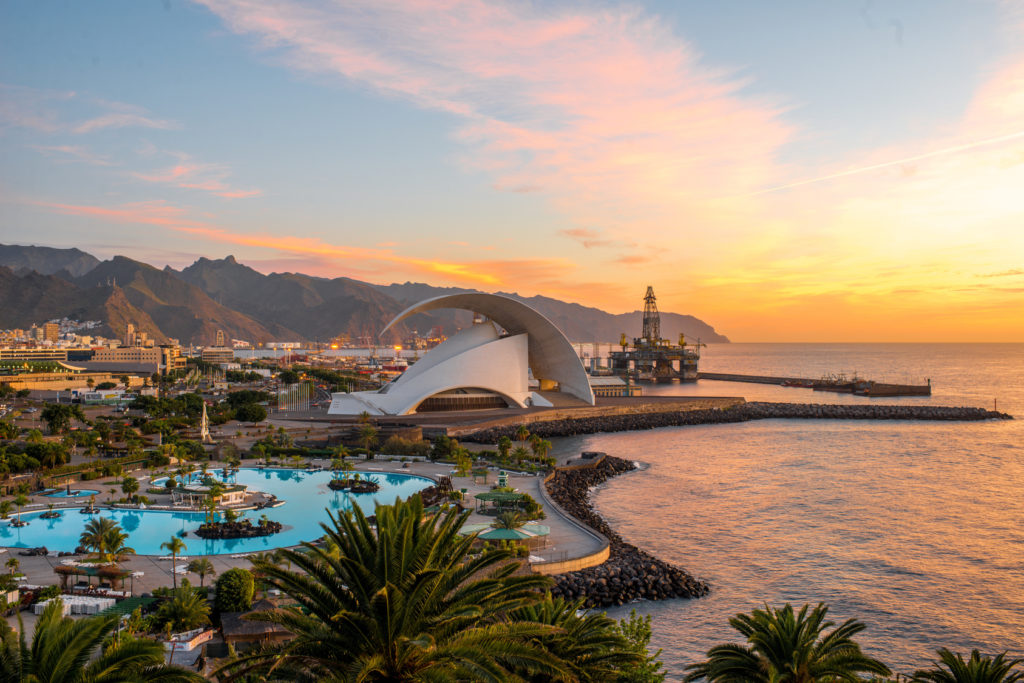